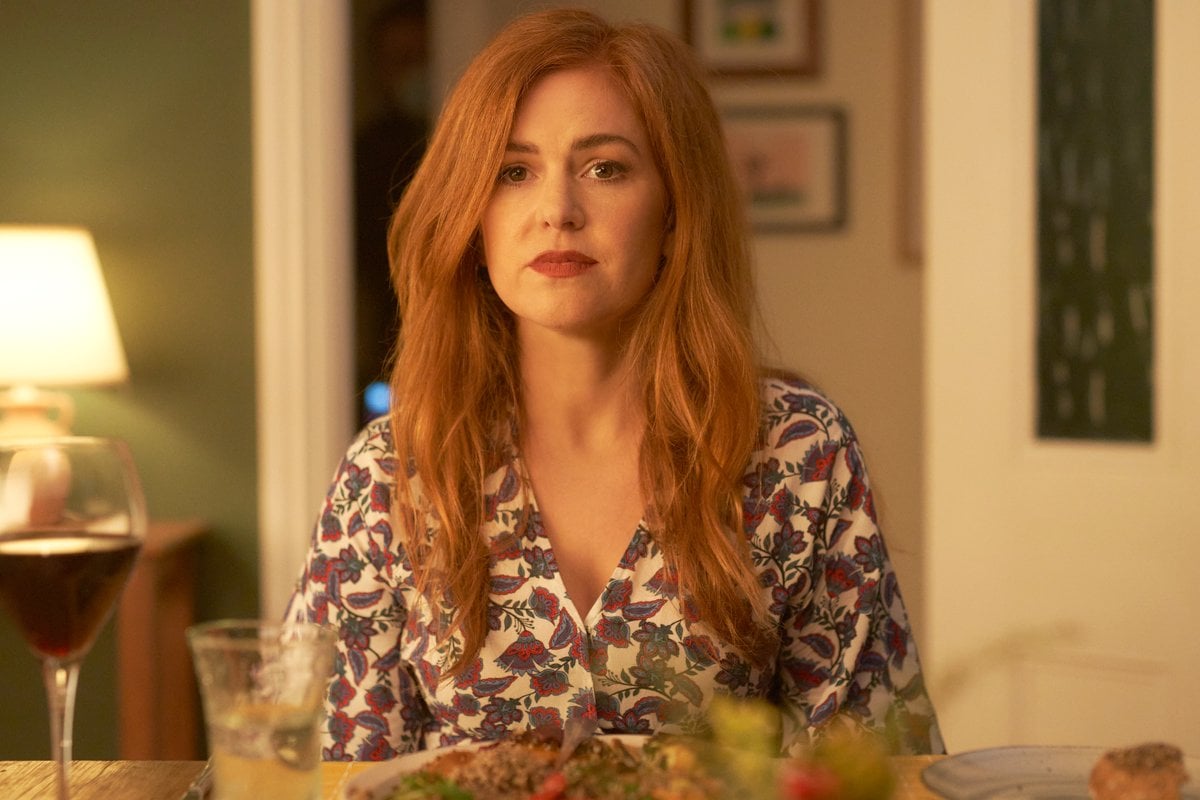 When it comes to romantic comedies, the new Stan Original Series Wolf Like Me is anything but conventional.

Described as a "genre-bending romantic comedy", the new series follows Gary (Josh Gad) and Mary (Isla Fisher) as a new couple dealing with their own sets of emotional baggage.

Speaking to Mamamia, Isla Fisher shared that she was initially drawn to the "sophisticated and deep" nature of the series.

"I thought it was a moving story," she shared.

"I’ve been involved in romantic comedies before, and I’ve watched a lot of them, but often they just focus on the positive feelings about falling in love, rather than the fear of actually being really seen," she continued.

"I thought that this story explored the idea that we bring baggage into a relationship, and it’s how we handle each other’s baggage, and it’s about the healing properties of openness and love.

"These characters are so broken. They're so damaged and emotionally unavailable for different reasons... and yet they’re able to heal each other."

The new series kicks off when Gary (Josh Gad) and his 11-year-old daughter Emma (Ariel Joy Donoghue) are involved in a minor car accident.

Physically, Gary and Emma are mostly fine. But for Emma, the accident triggers a panic attack.

As Gary rushes out onto the street to retrieve Emma's schoolbag, which was launched from the car during the accident, a stranger, Mary, approaches the car. 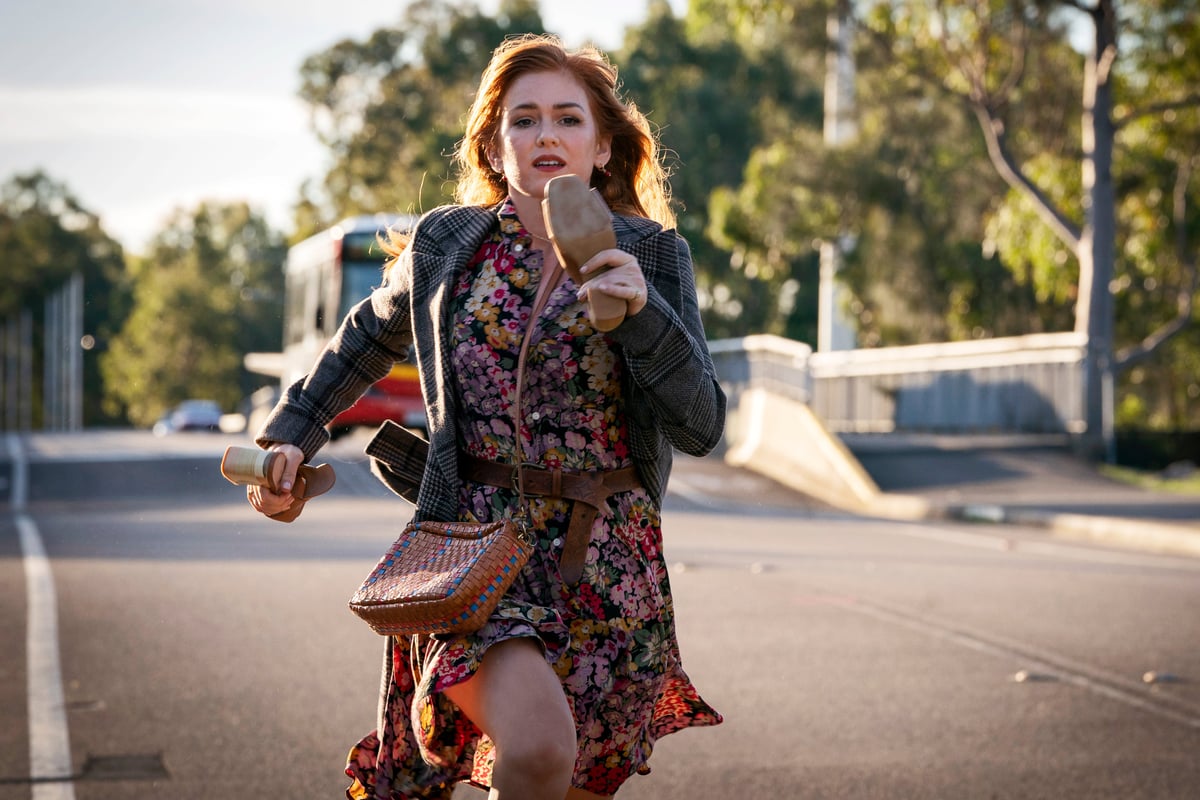 Isla Fisher as Mary in the Stan Original Series Wolf Like Me. Image: Stan. Within moments, Mary manages to calm Emma's nerves - something her father has never been able to do.

Later that day, Mary arrives at Gary's home to check on Emma, which leads to Gary and Mary striking up a relationship.

But before long, it becomes clear that Mary has a big secret.

"I think Mary is someone who has been running, metaphorically and literally, for many years, because without giving anything away, she has some troubles in her past," Fisher told Mamamia.

"She finds herself in this isolated town, and she develops an interest in a lot of hobbies, and she’s an advice columnist. So she’s trying to keep herself busy to avoid the pain of really looking at how broken she really is, and how lonely she is," she added.

"It’s really through her connection to Gary that she’s able to open her heart and really accept herself for who she is."

The upcoming Stan series was created and written by Abe Forsythe, who previously worked with Josh Gad on zombie comedy Little Monsters.

To prepare for her role as Mary, Fisher tapped into her own personal experiences as well as on-set advice from Forsythe.

"What was so great about this story was that Abe Forsythe created this character. He not only wrote it, but he also directed it, so I had a resource on set to check in that we’re on the same page about Mary," she shared.

"But at the same time, I tried to use as much of myself in this character as I could, because I really wanted her to be really emotionally vulnerable, and I needed to tap into my own experiences to do that."

While working on the series, Fisher grew a strong personal attachment to her character - something that she hadn't experienced in previous roles.

"When I wrapped, Mary had a wolf ring, and I just said to the costume designer, 'I can’t give you my ring back. I have to keep it.' I’ve never left a show in my life and asked for a prop or anything, but I needed to keep this ring. So she gave it to me, and that was my way of holding on to her," she shared.

"I haven’t actually felt it before this role. This role definitely affected me in a deeper way, I think because the scenes were a little heavier. And sometimes, you shoot characters that you don’t necessarily like that much. I played a bipolar nymphomaniac in Wedding Crashers... sometimes you’re quite happy to say goodbye to some of those people."

Part of Fisher's strong attachment to the series came from her experience working alongside Josh Gad.

"Working with Josh... he’s just consistently kind and nice. He’s just a total pleasure to be around," she shared. 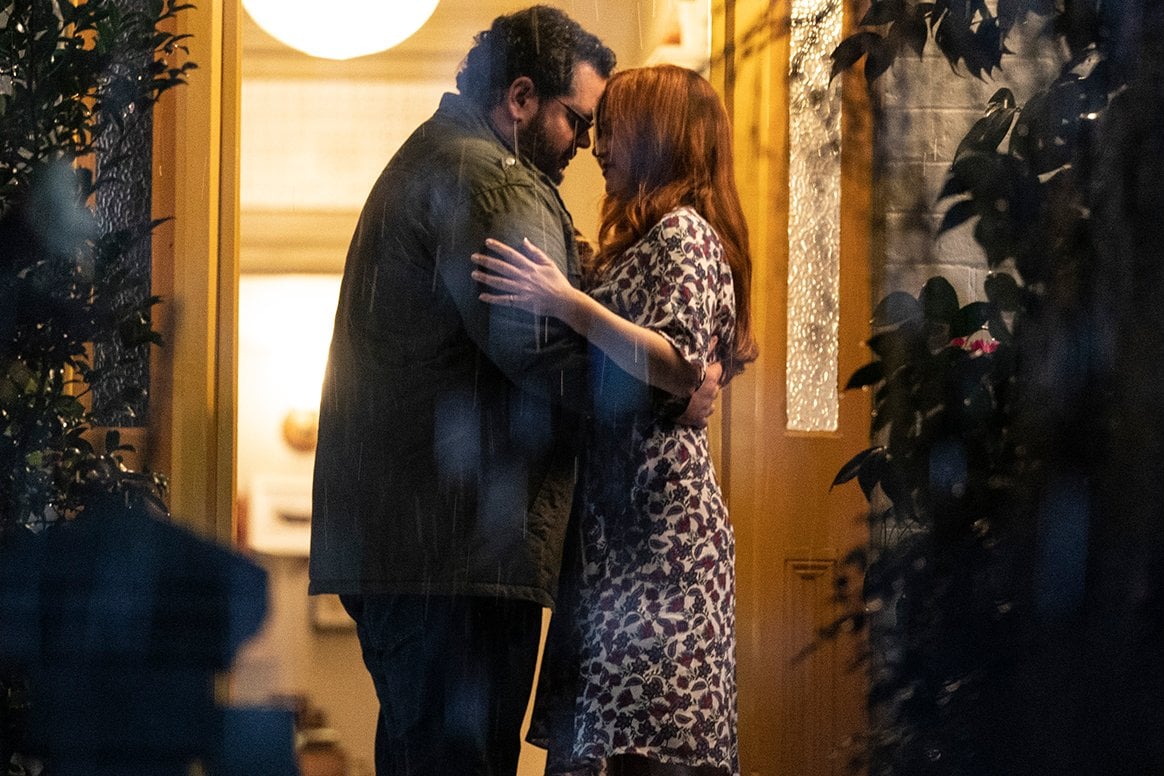 Josh Gad as Gary and Isla Fisher as Mary in the Stan Original Series Wolf Like Me. Image: Stan. "We were both attached to something last year, but it got cancelled due to COVID. My husband [Sacha Baron Cohen] was friends with Josh, and actually, it was my husband who said, 'Yeah, you will have a really fun time. If you work with Josh, every day will be great'."

The 45-year-old actress, who initially started her career on Home and Away, recently moved back to Australia with her family.

So, for Fisher, the experience of working on an original Australian production was a dream come true.

"It means the world. It’s like a dream come true. I started my career here over 34 years ago, so just to be working with Australians telling a story that feels very Australian from an Australian filmmaker, and then having so many Australians on set... it was great," she shared.

"I think people in Australia have the right work life balance, and they make really great jokes. I think there’s just a lot of humour on an Aussie set, and that’s not to say it’s unprofessional, because Australian crews are the most professional in the world. But everybody’s up to have fun all the time, which I really appreciate."

The Stan Original Series Wolf Like Me is now streaming, only on Stan.