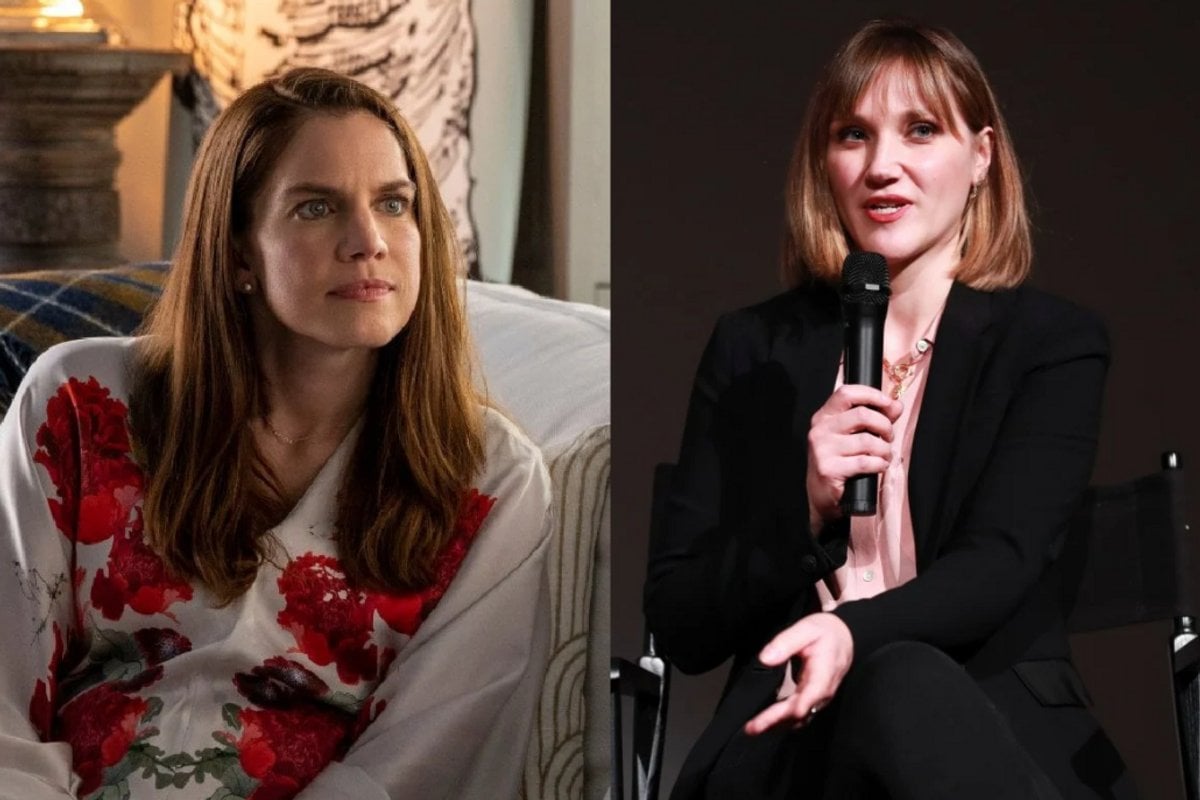 Inventing Anna is named after a singular person, but the Netflix miniseries' storyline is definitely more of a group project.

The nine-part series tells the tale of Anna Delvey, real name Anna Sorokin, a con artist who spent years living as a wealthy German heiress among New York's elite. All the while, she was fleecing friends and banks to fund it.

Each episode, the ensemble cast shine a light on Anna, so we can learn who she is. Or at least, who they thought she was.

Here are the show's biggest characters, and the real people they represent. 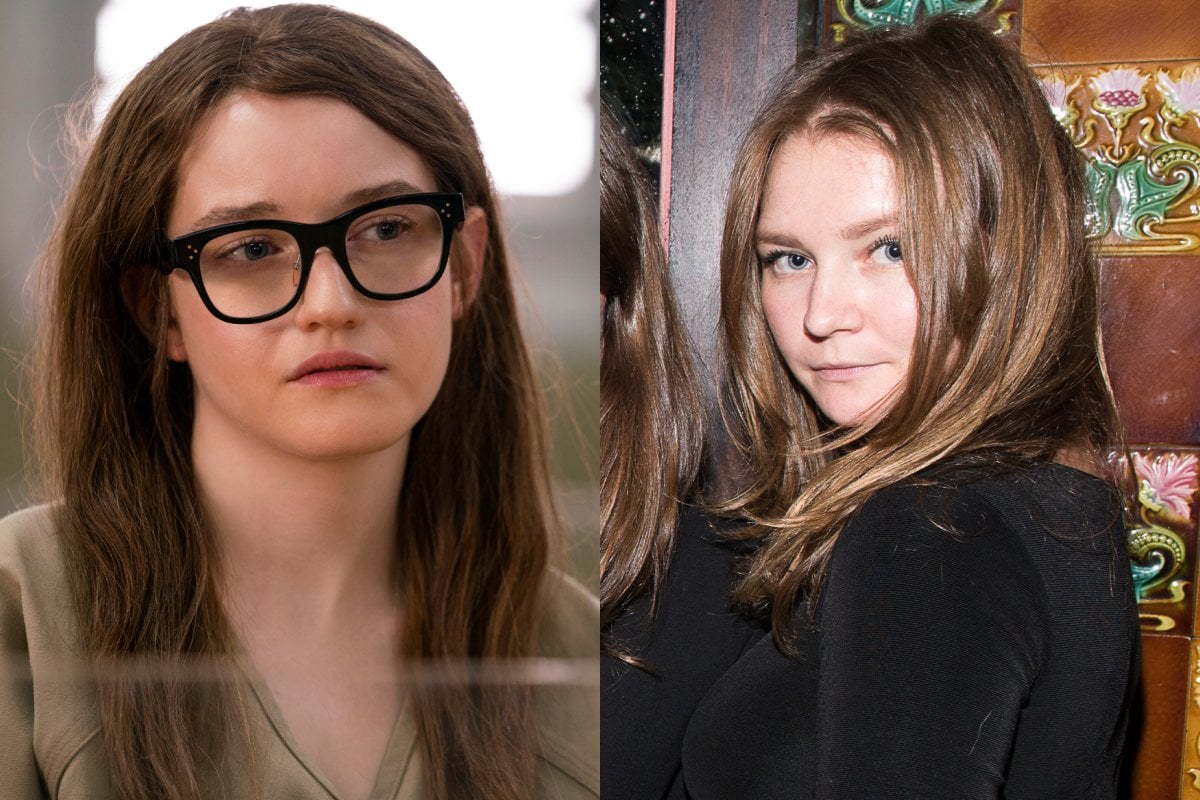 Julia Garner stars are Anna Delvey, a.k.a Anna Sorokin, a Russian-German who spent years pretending to be a rich German heiress while living it up large alongside New York's elite.

Really, she was a middle-income German immigrant who developed an obsession with the lives she saw in magazines like Vanity Fair and Vogue, and conned her way into one just like them.

In 2018, Anna was arrested and in 2019, a jury found Anna guilty of eight charges, including grand larceny in the second degree, attempted grand larceny, and theft of services.

She was released in February 2021, and is now being held in an immigration detention centre for overstaying her visa. 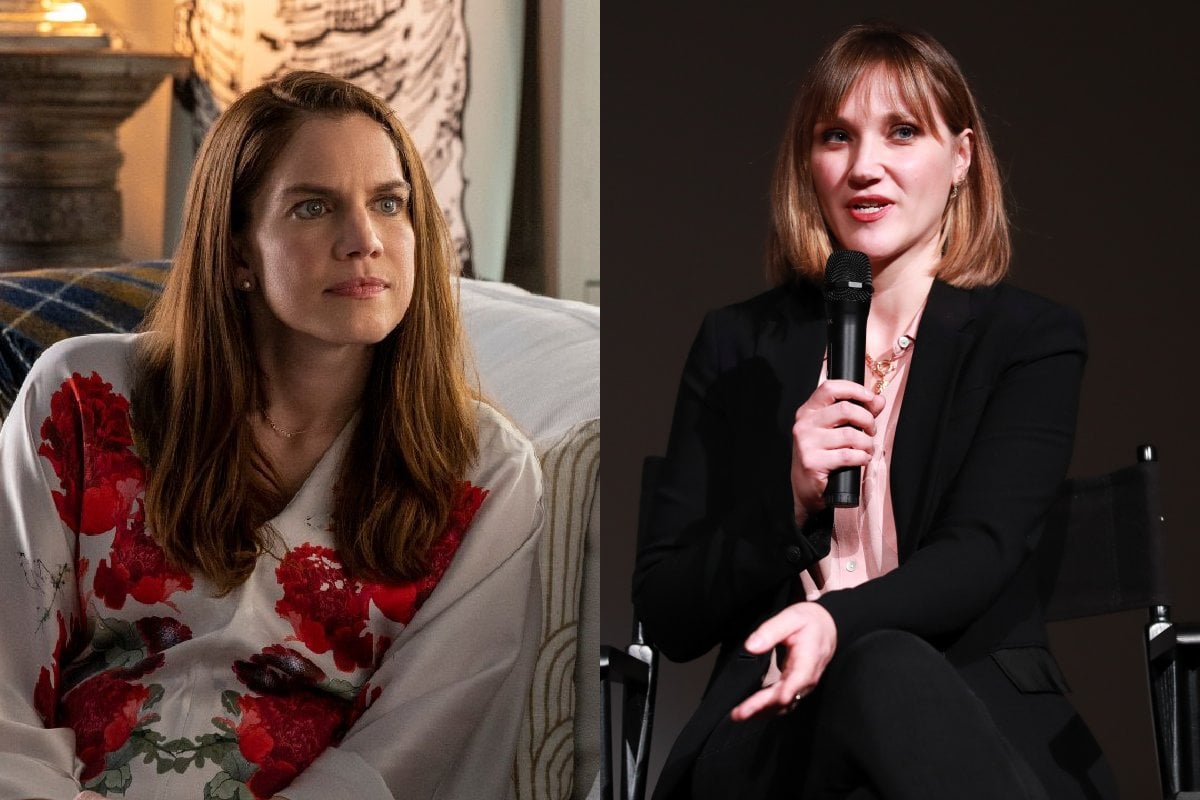 Anna Chlumsky plays journalist Vivian Kent, who is based on New York Magazine journalist Jessica Pressler. It's not her first work to be turned into damn good entertainment. She's also the writer behind the article The Hustlers at Scores, which is the basis of the 2019 Jennifer Lopez film Hustlers.

The show's Manhattan Magazine is a fictionalised version of New York mag, which includes sites Vulture and The Cut. Pressler's celebrated piece was published in The Cut in 2018, and is the basis of Inventing Anna.

While Vivian was a fictionalised version of Jessica, there were many parts that reflected her story.

She was, for example, heavily pregnant while writing the Anna story.

"I was enormously pregnant. I'd finished the story weeks away from having a baby, and it was just this avalanche of phone calls from everybody I've ever admired in the entertainment industry," she told Shondaland about the process of writing and publishing the article, which led to Shonda Rhimes and Netflix securing rights to the story.

But of course, there was creative license. 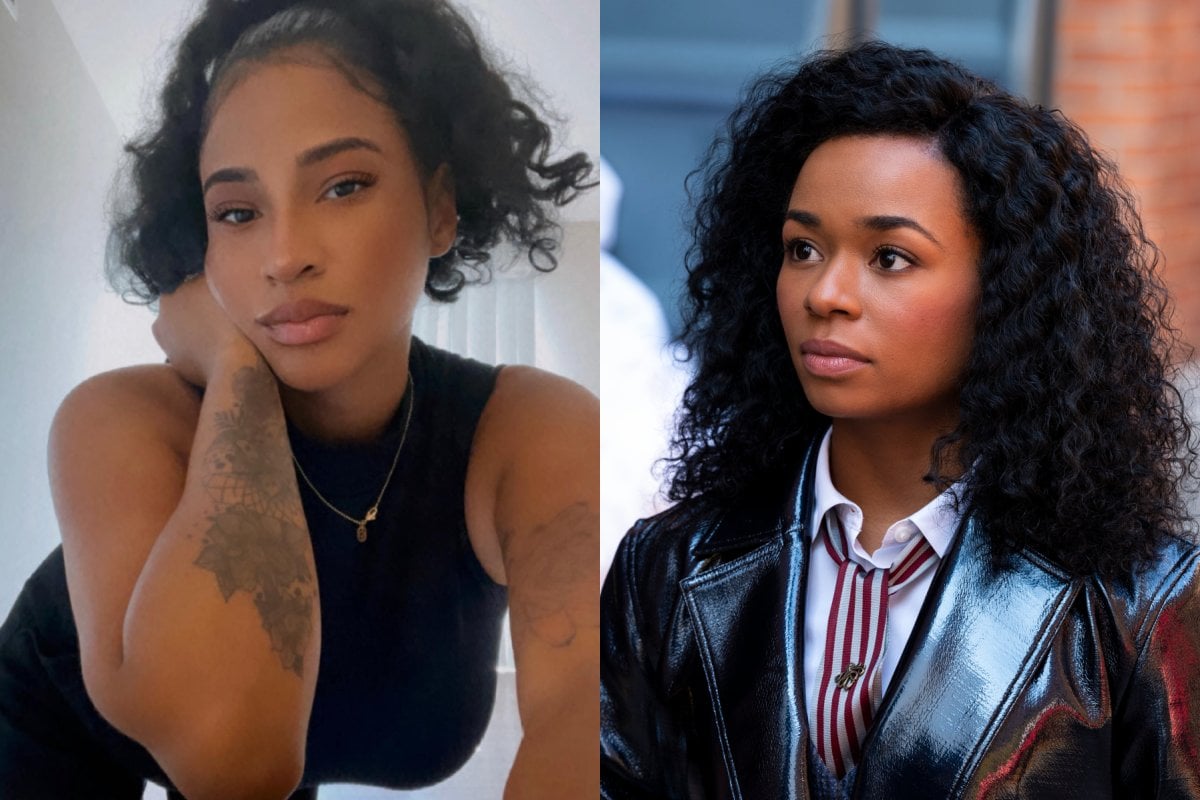 The Bold Type's Alexis Floyd plays hotel concierge Neffatari Davis, who becomes Anna's BFF after they meet in 2017. Unlike others in the series, we saw Neff remain loyal to Anna despite all her legal troubles - and Neff was importantly the only one Anna ever paid back.

In real life, Neff really was a hotel worker with film career dreams. She's since moved to LA to follow those dreams, and yes, she has stayed friends with Anna.

"Anna is my friend and always will be," she told Bustle. "We had to get to know each other again and develop healthy boundaries. We have blocked and unblocked each other, cried, and laughed. I get her."

She said she'd stayed loyal because that was what Anna always was to her.

"It's not every day you meet a woman that tells you she will make you rich and fund your film career if you stick by her side. In a weird and sick way, she kept her word. That's loyalty." 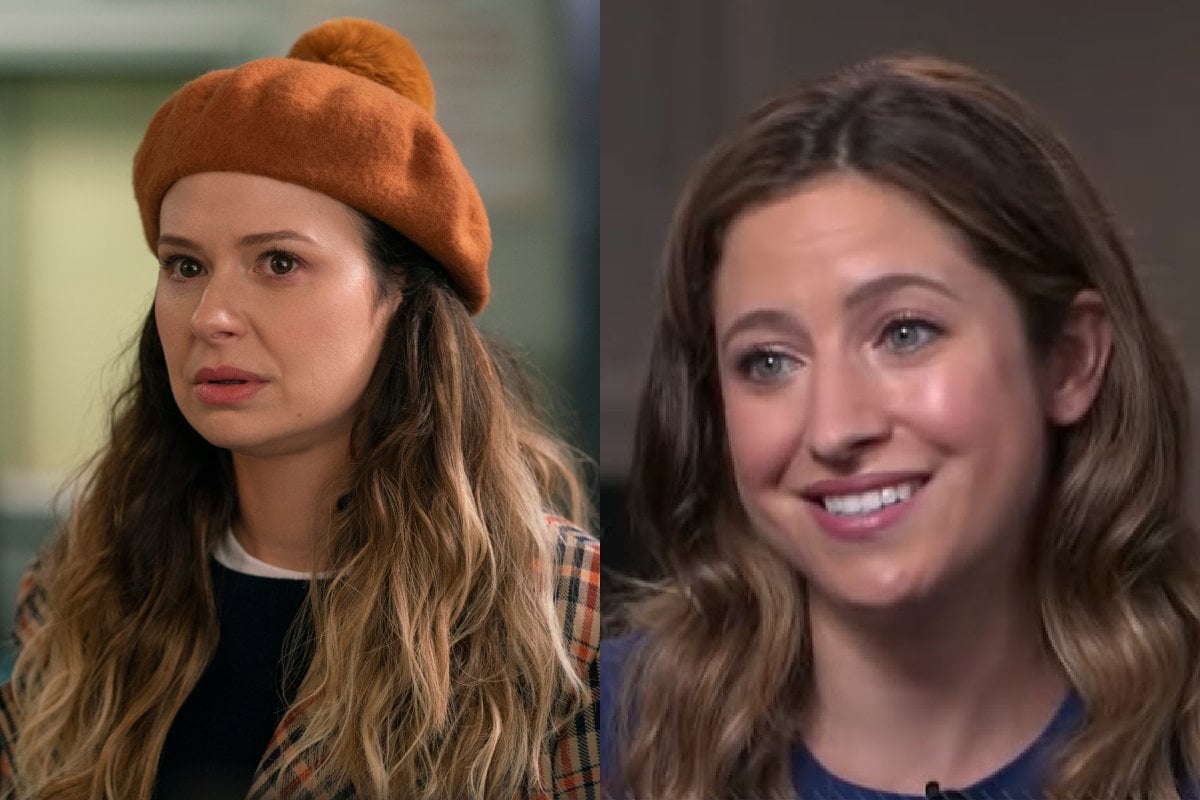 Former Vanity Fair photo editor Rachel DeLoache Williams initially 'scooped' Vivian (and IRL, Jessica) when she published an article about her friendship with Anna and how it all went wrong during their trip to Morocco.

Rachel ended up paying US$62,000 (AU$87,000) for the holiday after Anna had credit card problems and spent the next six months trying and failing to get Anna to pay her back.

Rachel was part of the sting that led to Anna's arrest in Los Angeles, and she testified against her in court.

As briefly mentioned in the show, Rachel sold her story to HBO for $35,000 and signed a book deal with Simon & Schuster for $300,000. Most of the credit card debt was forgiven. Her book, My Friend Anna: The True Story of a Fake Heiress, was released in 2019 and was listed as one of Time's 100 Best Books of the Year after its release.

She has been vocal about her displeasure at the Netflix series, which is not very flattering towards her character, played by Katie Lowes. She wrote about her unease for Air Mail.

In another story for Time, she wrote: "Millions will watch as Anna is portrayed as a complex anti-heroine fighting against her personal demons and a world that constantly underestimates young women. It will be seen by more people than will ever meet Anna or do the work to understand her real nature or what really happened. And that is a dangerous reality." 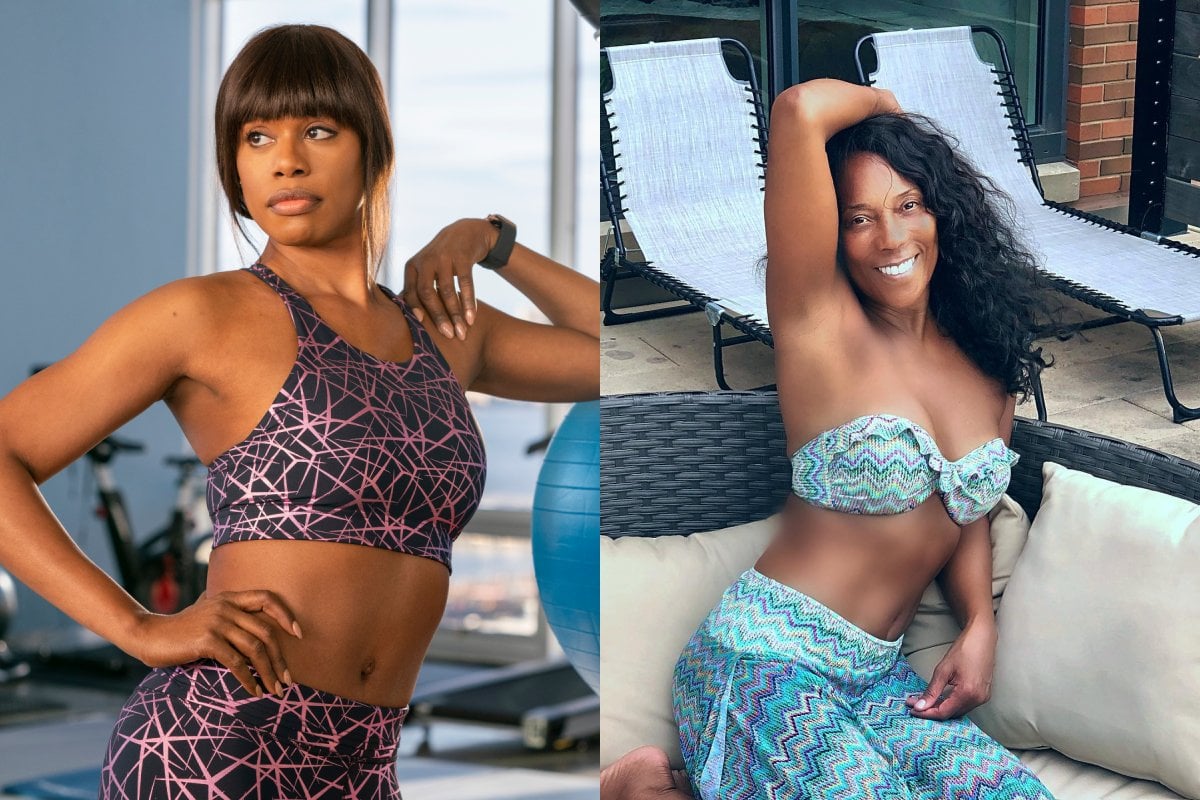 "We had a four-hour lunch where she told me her whole entire life story, which is incredible," Laverne told Entertainment Tonight. "There should be a Kacy biopic [because] she has lived a life, honey. She has stories."

Now 65, Kacy is still a trainer and co-hosts a podcast, Real Ass Woman.

Unlike Rachel, she has thrown her support behind the series.

"So proud. Everybody should watch it," she said on Instagram. 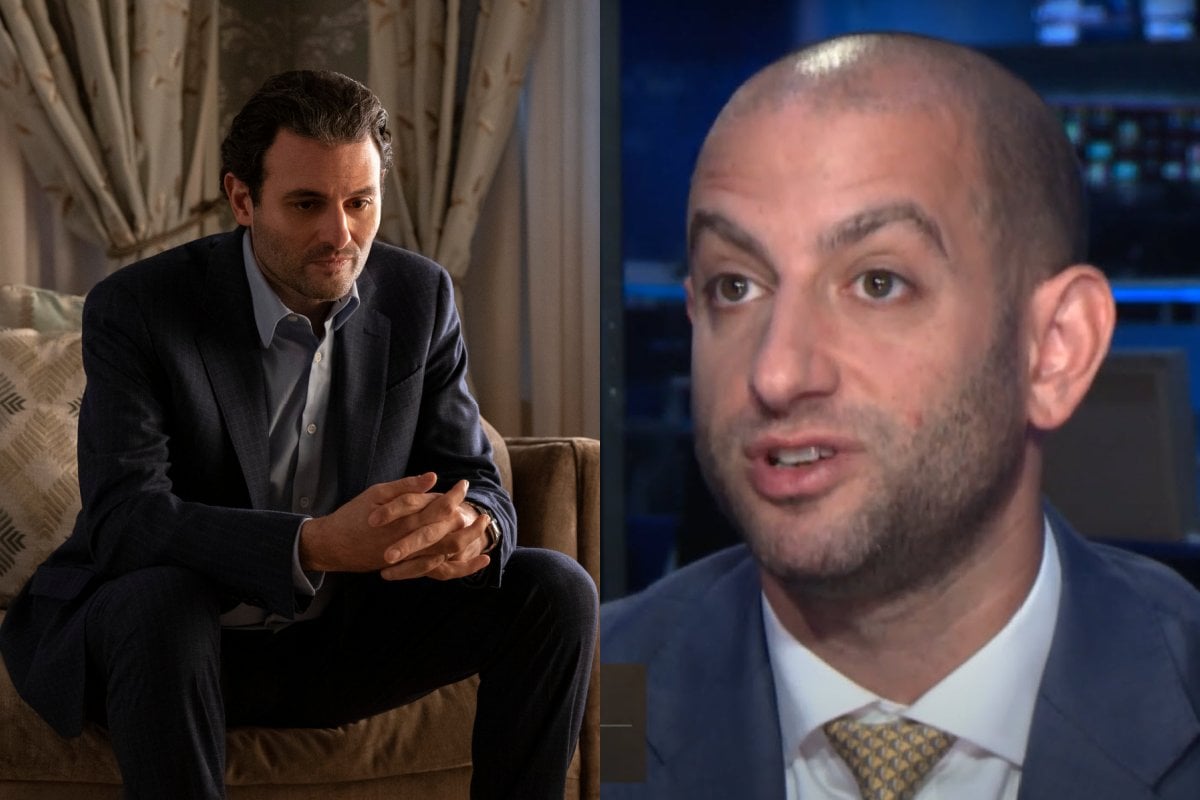 Anna's lawyer Todd Spodek - played by Succession's Arian Moayed in the miniseries - famously invoked the story and lyrics of Frank Sinatra during Anna's trial, comparing how they both created a "golden opportunity" in New York.

In an interview with Insider at the time of the trial, he said he believed Anna's intentions were pure.

"I believe wholeheartedly that her intent was pure, to pay every single person back. Did she take advantage of people who wanted to believe she's a German heiress? She took advantage of the opportunity that presented itself."

These days, Todd is still a lawyer. He is married to another lawyer, Victoria Spodek, and they're still together - so his dedication to Anna's case didn't cost him his marriage IRL.

In January 2022, he made new headlines after being retained to represent a juror in the Ghislaine Maxwell case. The man, Scott David, told The Independent in an interview that he'd told some other jurors about being sexually abused after they questioned the memory of some of Maxwell's accusers.

This called Maxwell's guilty verdict into question, and could see David face criminal charges for perjury. 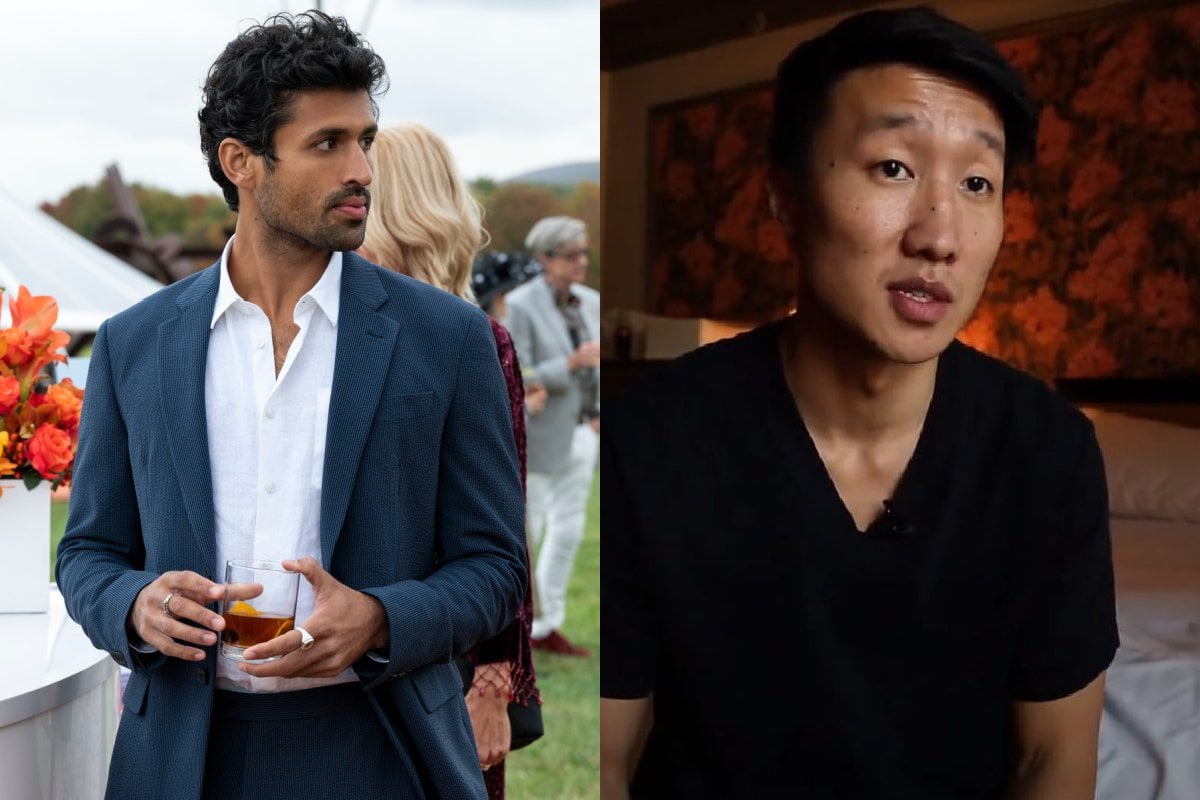 Anna did have a boyfriend involved in tech, but those reporting on the story have kept his actual identity a closely guarded secret. This means Chase, played by Saamer Usmani, is a fictional character incorporating the few details we know about Anna's real ex.

The Cut's article loosely mentions a boyfriend of Anna's as "a futurist on the TED Talks circuit who’d been profiled in The New Yorker". The series fleshed out more details about him, with Chase developing an app called Wake which could be used to download and understand its user's dreams before moving to Dubai when he ran out of money to fund it. Anna mentions his Kickstarter campaign a few times too.

While unconfirmed, it is speculated that Chase is based on tech entrepreneur Hunter Lee Soik, who in 2013 launched a Kickstarter to crowdfund his app, Shadow: Community of Dreamers. He gave a TED Talk in 2013, and was profiled in The New Yorker.

Hunter then moved to Dubai where he worked for the government, including as Head of Innovation and Futures for the Dubai Airport Freezone Authority.

Also, there are definite similarities between the names Hunter and Chase, right?

So far, Hunter has neither confirmed nor denied the association.