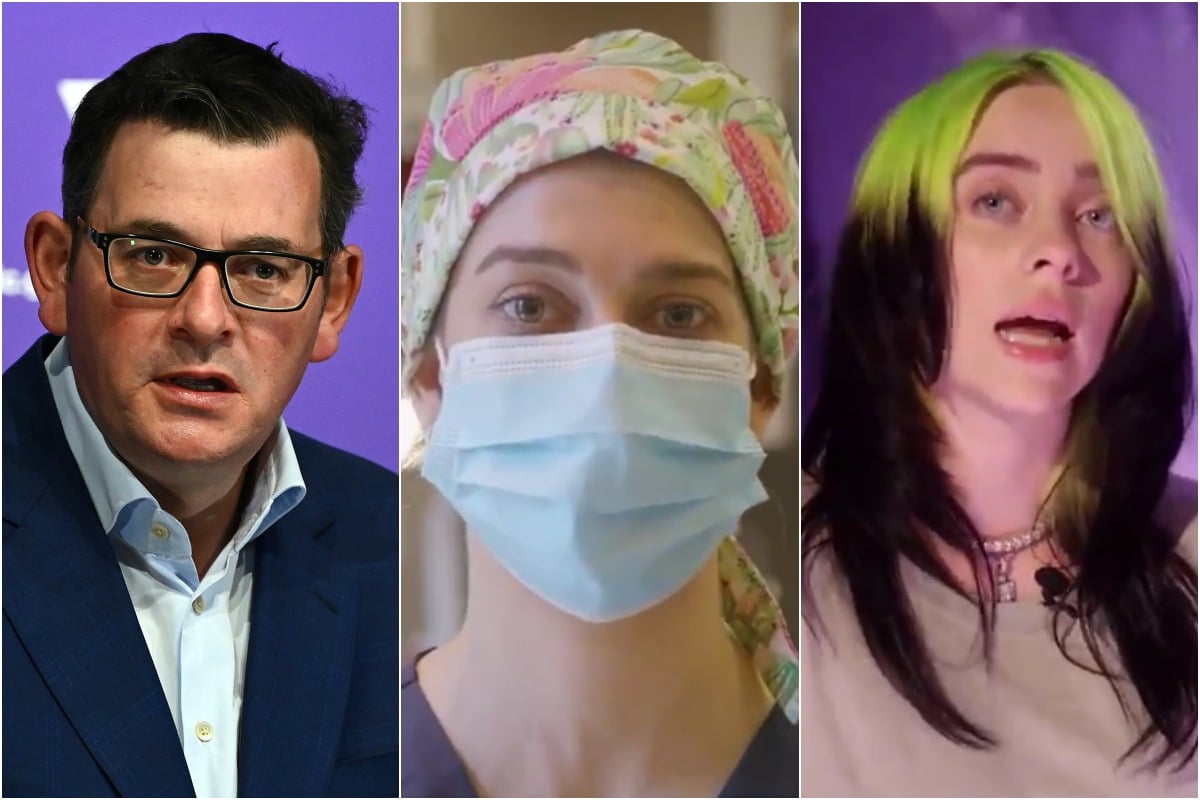 Staff at Melbourne's St Vincent's Hospital are taking part in a clinical trial of hydroxychloroquine despite the government warning against the controversial drug.

They're actively recruiting doctors and nurses to take part in the four month trial, to see if it can help prevent healthcare workers from getting COVID-19 while they treat infected patients.

So far, 9NEWS reports 40 people have signed up, with infected healthcare workers becoming such a problem the hospital is recruiting interstate colleagues to come and help them.

We are recruiting doctors and nurses from across Australian and New Zealand to join us in our fight against COVID-19.

We will pay for your flights and accommodation and you will receive a $2,000 travel voucher.

There are 116 doctors and nurses in St Vincent's alone who have fallen sick with the virus in the last two and a half months.

Victoria has recorded 240 new cases in the last 24 hours and 13 more deaths, taking the national toll to 463.

More than 18,000 Australians abroad are trying to return home.

More than 18,000 Australians abroad are trying to return home but limits on international arrivals are posing a significant challenge, a Senate inquiry has been told.

Department of Foreign Affairs and Trade official Fiona Webster says 27,000 Australians have registered overseas, with 18,800 of them wanting to come home.

Most were in India, the Philippines, South Africa and Vietnam.

There remain 18,800 Australians overseas wanting to fly home but the Department of Foreign Affairs and Trade says the prospect of their return has become increasingly difficult. https://t.co/Op4WHrZCCY

More than 371,000 Australians have returned home since March 13, when the public was urged not to go overseas because of the coronavirus health crisis.

The federal government has organised 64 repatriation flights home, with 13 of those from India.

"We can only work within the quarantine capacity," she said.

DFAT has tried to help vulnerable Australians or those in exceptional circumstances, but had limited sway with airlines. Nearly 400 people have been given emergency loans to help cover the cost of airfares home.

Andrews expected to quit before the next Victorian election.

Senior members of Victoria's Labor Party reportedly expect Daniel Andrews to step down as premier before the next state election in 2022.

But The Australian reports ALP powerbrokers are willing to allow Andrews to choose the timing of his resignation, ideally once Victoria has overcome the worst of the coronavirus outbreak. 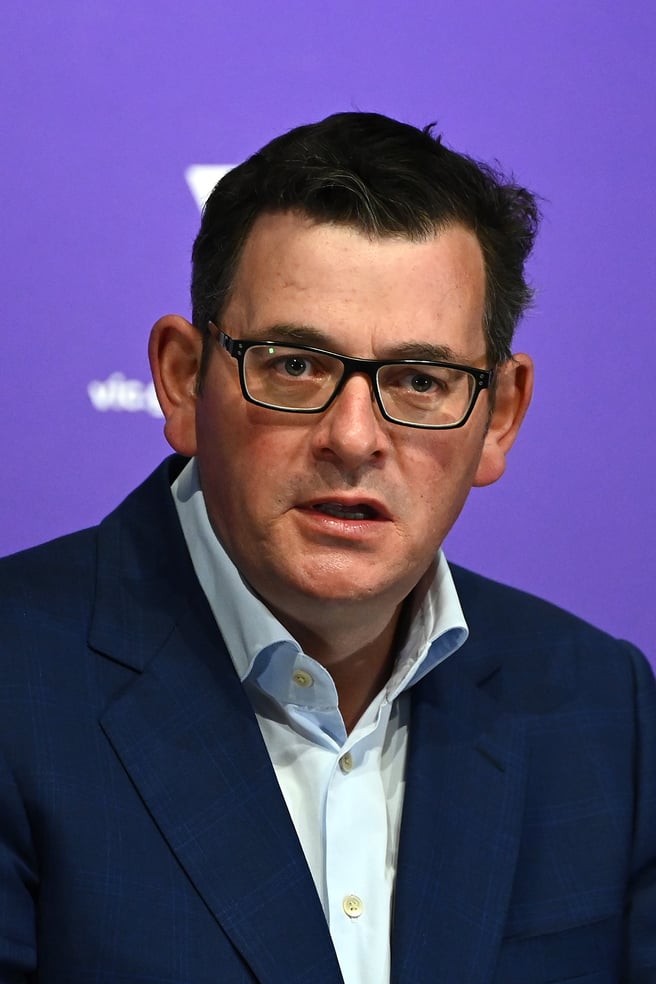 Andrews is expected to quit as Premier before the next state election. Image: Getty/Quinn Rooney.

"We want the virus under control and a clear strategy to take the state forward," one MP told the newspaper.

"There is no point leaving while the place is on fire."

The newspaper said the premier's exit was most likely to happen during the first half of 2021.﻿

Sydney bus drivers have called off a planned strike after the NSW government agreed to a review of mandatory mask use on public transport.

The Rail, Tram and Bus Union met with government officials at the Industrial Relations Commission on Thursday, in hopes an agreement could be reached to avoid a strike next week.

Sydney bus drivers are at their wits' end. @AndrewConstance must stop sitting on his hands & take action to protect bus drivers and passengers #ausunions #WearAMask https://t.co/XZgMx3UupV

The union sent a letter to Premier Gladys Berejiklian this week, demanding mask-use be mandated where the number of people on public transport vehicles outnumbered the green social distancing stickers, and for clarity on who was responsible for enforcing social distancing.

NSW recorded five new cases of coronavirus in the 24 hours to 8pm on Wednesday, of which three were locally acquired from southwest Sydney.

The two others are returned overseas travellers in hotel quarantine.

172,000 tourism businesses on the brink of collapse.

The frustration felt by tourism businesses about coronavirus restrictions and border closures is at boiling point, and jobs are on the line, a Senate inquiry has been told.

"Businesses will hang on - they'll keep re-mortgaging their house, they'll keep doing whatever it takes to hang on if they see a future.

"But if they don't see an immediate future, then it's very hard for them to hang on and that will mean many, many thousands of jobs lost in tourism in the next month or two," said Australian Chamber of Commerce and Industry's Jenny Lambert.

ACCI has warned 172,000 businesses only have two weeks left of financial reserves, with tourism groups begging for national guidelines on when borders can close and reopen.

Steve Bannon, a former senior adviser to US President Donald Trump, has been charged with conspiracy to commit wire fraud in relation to a fundraising campaign to support the building of a promised US-Mexico border wall, the US Justice Department says.

Federal prosecutors in Manhattan announced that Bannon was charged in an unsealed indictment along with several others including Brian Kolfage, Andrew Badolato and Timothy Shea for allegedly defrauding hundreds of thousands of donors through a $A35 million crowdfunding campaign called "We Build the Wall". 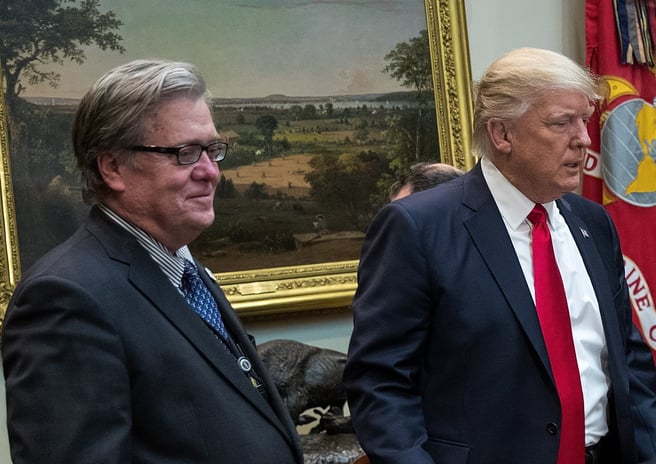 The donors thought the money would go toward helping to build a border wall, prosecutors said.

But Kolfage, whom they described as the public face and founder of the operation, received thousands of dollars that he used to fund a lavish lifestyle.

Bannon served as a campaign and White House adviser to Trump, who made the construction of a border wall a key campaign promise in 2016.

Former US president Barack Obama has assailed his successor, Donald Trump, as deeply unfit for the office he occupies declaring:

"Donald Trump hasn't grown into the job because he can't. And the consequences of that failure are severe," he told the third night of the Democratic National Convention.

Billie Eilish has also admonished Donald Trump and encouraged her young fans to register to vote during an appearance at the virtual Convention.

The singer, 18, is a first-time voter and encouraged others in her position to support the president's Democratic challenger Joe Biden and his running mate Kamala Harris.

"You don't need me to tell you things are a mess - Donald Trump is destroying our country and everything we care about," Eilish said.

"We need leaders who will solve problems like climate change and COVID - not deny them. Leaders who will fight against systemic racism and inequality. And that starts by voting for someone who understands how much is at stake, someone who is building a team that shares our values."

"Silence is not an option and we cannot sit this one out. We all have to vote like our lives and the world depend on it - because they do," she added.

Airbnb is banning house parties worldwide as it tries to clean up its reputation and comply with coronavirus-related limits on gatherings.

The US home sharing company will limit occupancy in its rental homes to 16 people.

It may offer exceptions for boutique hotels or other event venues, but Airbnb said it may pursue legal action against guests and hosts who violate the ban.

We care about every stay being a positive one for everyone. Our industry-leading reservation screening system is now active across Australia to help combat parties and other bad behaviour, and give hosts and communities additional peace of mind.https://t.co/1fVf8pdSsy

Last week, for the first time, Airbnb took legal action against a guest who held an unauthorised party in Sacramento County, California.

Last November, Airbnb started manually reviewing US and Canadian reservations to weed out suspicious rentals, like a guest who booked a one-night stay close to their home. It expanded that program to Australia last week.

Airbnb said it also plans to expand a hotline for neighbours to report unauthorised parties.

- The World Health Organisation says Europe's coronavirus cases have been steadily rising in the last two months, with about 26,000 new cases every day across the continent.

- A federal judge in the US has cleared the way for Manhattan's top prosecutor to access President Donald Trump's tax returns, rejecting an attempt by his lawyers to block a subpoena issued to his accounting firm.

- Russia's opposition leader is fighting for life this morning with suspicions he may have been poisoned.

- Hundreds of wildfires have ignited across Northern California as the state is gripped by a heatwave.

Reply
Upvote
Wait, so the Go Fund Me to build the border wall turned out to be a scam? Well, I am just shocked and stunned. Who could have seen that coming? 🙄
/s
G
guest2 2 years ago

Reply
Upvote
@rush  Funny about the timing of the arrest,  bannon was sacked by Trump over 3 years ago after working fornTrump for about 3 weeks.   Seems like an attempt to link Trump with the Go Fund Me fraud.
C
cat 2 years ago