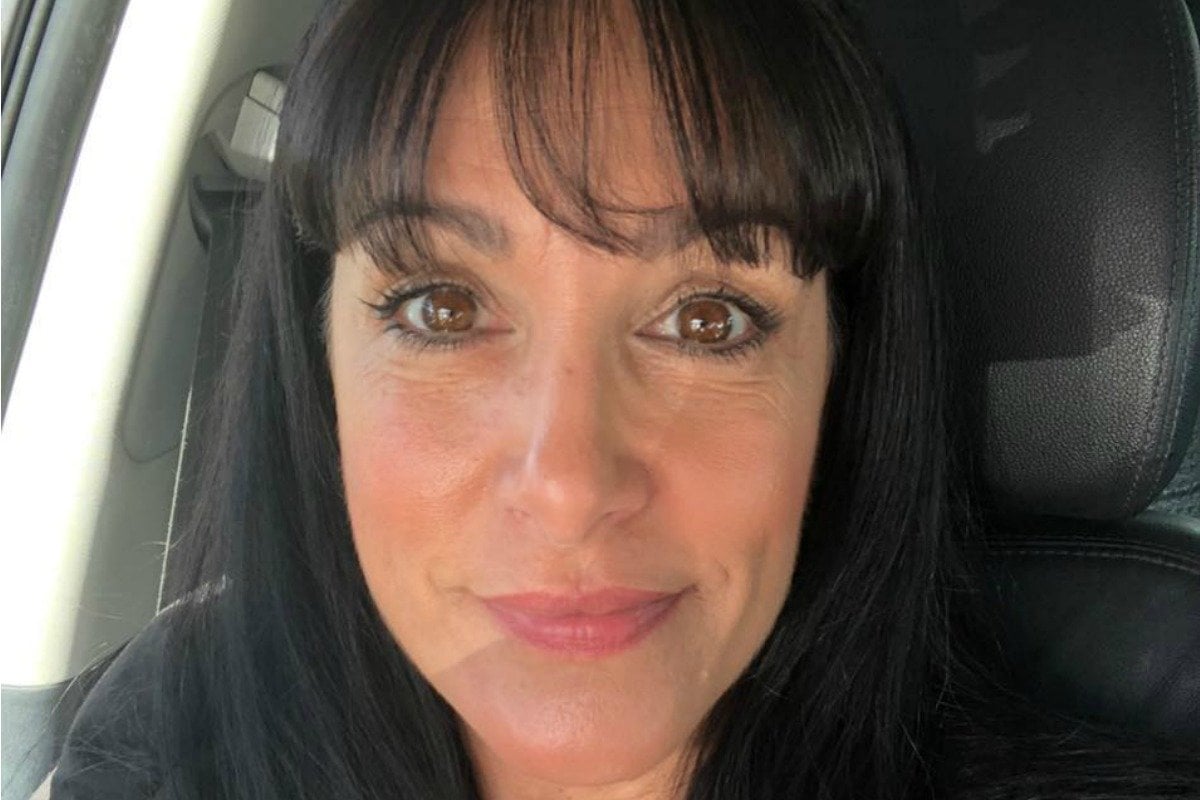 She had two kids, a Mercedes in the driveway, a $1.4 million house, two other houses on the side, a boat in the backyard and several successful businesses.

She spent her thirties acting in productions alongside Margot Robbie, and travelled every six months.

She was the exact opposite of the kind of person you would expect to find homeless, stealing food, and addicted to ice.

But at the age of 40, Andrea left her marriage, moved from the Gold Coast to Melbourne with her new love and tried a "puff" of ice.

Within a month, she was addicted.

"I had a baby at 18 and then I got married, and then I was in that relationship for 21 years. So when I left that I was like, I have had no teenage years or partying years. I have raised a family and made a lot of money - but that's it.

"So when I met this new person who I thought was amazing, and I had an opportunity to be in a relationship with him I wanted to be free and do what everyone else was doing - having fun. My kids were old enough, and I didn't have to be responsible for them and I thought the world is my oyster, let's party! Why not? It won't kill me. How wrong was I," Andrea told Mamamia. 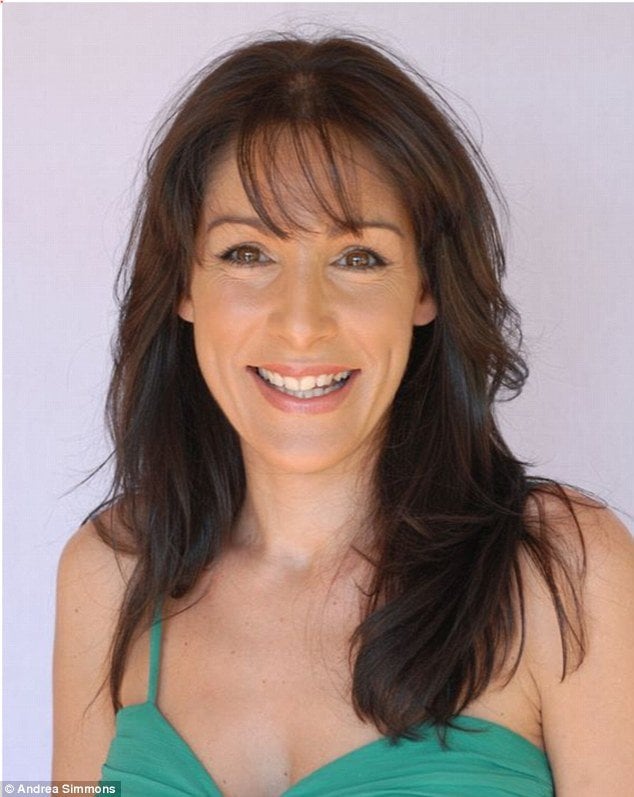 Margot Robbie went to Hollywood and became famous, and Andrea went to Melbourne and became a drug addict. It was the ultimate "sliding doors." Image: Supplied.

She'd tried cigarettes and marijuana as a teenager and thought to herself "how bad could it be? It's not a needle or a pill."

But from just one puff, Andrea says crystal methamphetamine, or ice, takes you to the "highest high you're ever going to get. And before you know it you're trapped in a spiral down to hell."

"This is like no other drug ever made, and that's because it affects the frontal lobe of the brain where the person using it loses the capacity to make logical, rational decisions. Instead that person starts behaving and acting on the mid-brain and that's the animal brain. The animal brain will do whatever it needs to do for the next five minutes of pleasure, even if it is detrimental to yourself, and harmful to people you love," said Andrea.

For the next two years, Andrea's life became an uncontrollable drug-fuelled nightmare.

"I lost contact with reality and totally lost my soul. I was on the streets, I was stealing to eat, I was couch surfing, I was manipulative and unemotional. Because this drug makes you detach from your emotion."

For the last year of her addiction, Andrea holed herself up in a room in her partner's house in Melbourne and racked up $75,000 in debts.

Her children, aged 21 and 19 at the time, didn't see her for two years. She completely dropped off the radar. 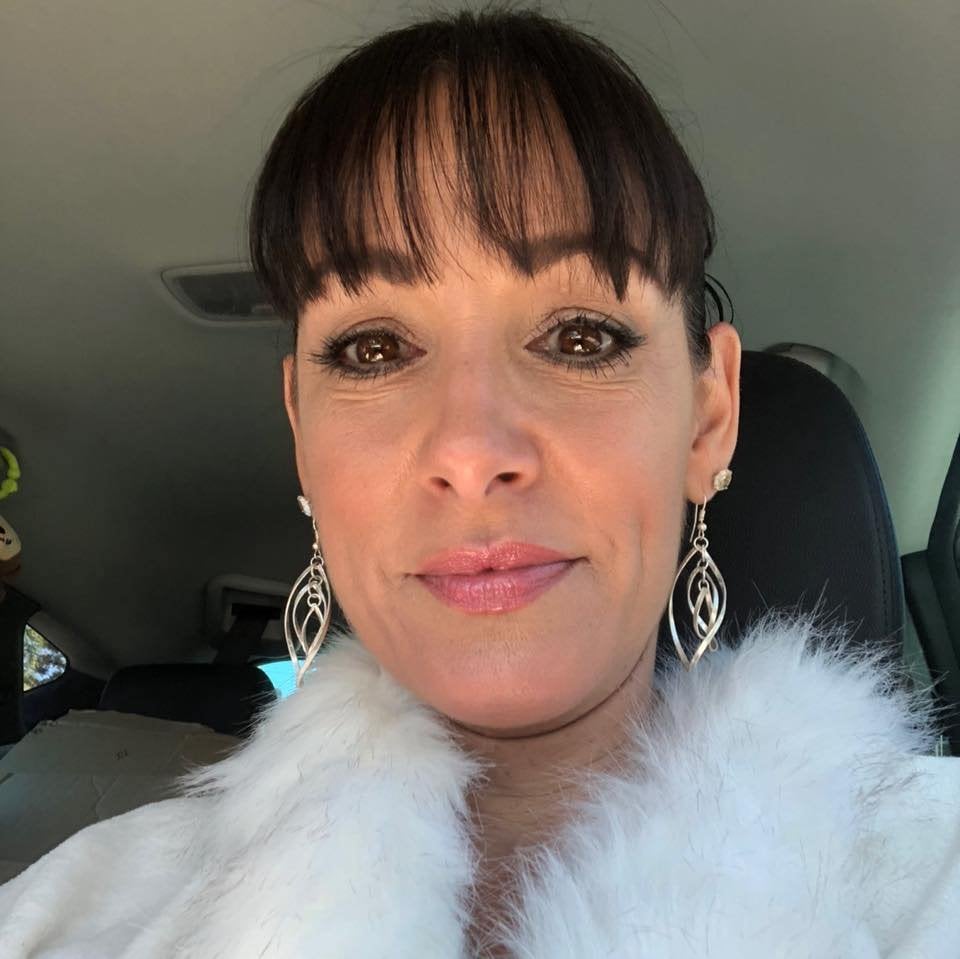 Andrea spent two years addicted to ice, and sold everything she owns to fuel her addiction in her early 40s. Image: Andrea Simmons.

Finally, Andrea had what she calls a supernatural experience that "pinned her to the ground" and put her on a plane back to the Gold Coast and her mum's house.

She managed to wean herself off the drugs, but the effects are lifelong.

"It eats away at your organs, your central nervous system, and your neurological pathways. My kidneys have been affected, I have heart problems now. I have memory issues and I still slur when I get tired," the now 50-year-old told Mamamia.

"I have had a lot of CAT scans of my brain and they've told me I have areas that are black now. They're no longer lit up with neurological pathways. When I was recovering my daughter said, 'Mum, it's like your a kid again, you don't remember what you like or what you want'. I had to recreate myself and there are certain parts of my memory I will never recover.

"It's something I have to live with for the rest of my life. All because I picked up a little glass pipe that you smoke and thought, oh this can't be that bad? And that's on a lack of education," she said.

Crystal methamphetamine (ice) use in Australia.

As Andrea knows all too well, ice doesn't discriminate. Lawyers, CEOs, police officers, teachers, teenagers, stay-at-home mums - people from all walks of life have fallen prey to this drug.

It's not called ice on the street. It's called things like 'rock', 'tina', 'strawberry quick' or 'fire' and it comes in all different colours and forms.

As Andrea explains, "people often don't even realise what they're embarking on. I didn't. I had no idea of the compound or mixture of what I was putting in my body and what it was about to do to my life."

The 2019 National Drug Strategy Household Survey found that 5.8 per cent or 1.2 million Australians over the age of 14 have used methamphetamine (including ice, speed or base), and 1.3 per cent reported recent use (in the past 12 months).

The study suggested that it was difficult to determine whether methamphetamine use had increased in recent years, but according to Andrea, who now runs Australian Anti-Ice Campaign (AAIC), "the problem is not going away it's increasing, and we're heading for a unique catastrophe."

The Australian Criminal Intelligence Commission's 2020 National Wastewater Drug Monitoring Program, shows that methamphetamine remains the most consumed illicit drug in Australia, and while usage decreased over the past year in city areas, it increased in regional areas exponentially.

One of the reasons ice is so hard to kick as an addiction is because, as Andrea explained to Mamamia, it takes 12-18 months for the brain to repair itself from the damage of ice enough to balance the chemicals in your brain.

"But a lot of people relapse before that because they're still confused, depressed and suicidal. That's why it's so hard, and the majority of people don't come off it," she said. "It's the hardest thing I've ever done in my life." 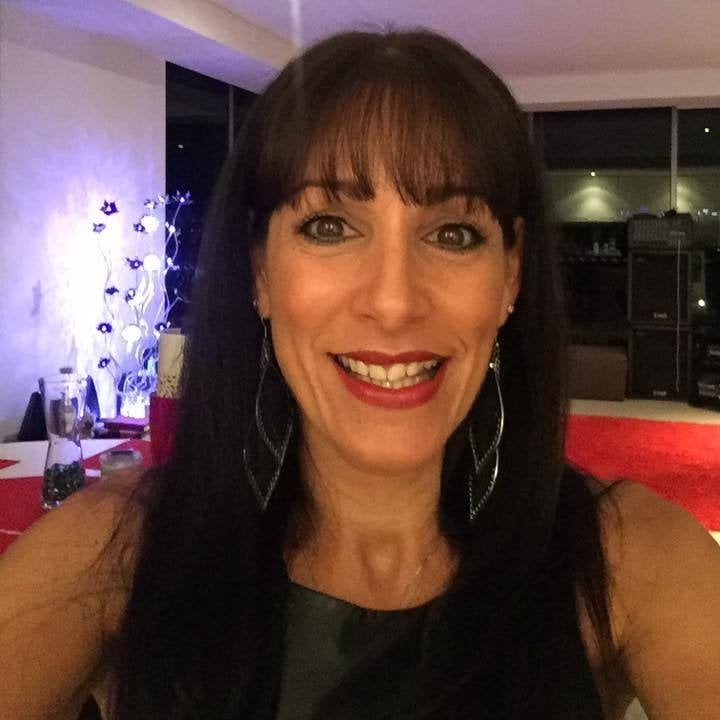 Andrea has been clean for eight years, and now she helps other addicts. Image: Andrea Simmons.

Andrea started AAIC in the first year of her recovery, and has since grown the not-for-profit to 104 volunteers working out of every state and territory in the country.

They, like Andrea, know the effects of ice firsthand and work to help those still in the depths of addiction.

"I am not proud of the person I became, but I can't change that. I have devoted my life for the last seven-eight years in recovery to making AAIC to help people out of that space and get in front of youth and explain the dangers of this drug. Just this month we've put nine people in rehab off the streets on the Gold Coast alone. We know we get results, because we know what these people are going through," she said.

Andrea isn't wealthy anymore. Far from it. She props up AAIC with grants, and donations and whatever funding she can scramble. She often muses at the "sliding doors moment" that saw her old acting colleague Margot Robbie fly to Hollywood and international fame, while she went to Melbourne and became a drug addict.

But none of that stuff matters anymore.

"My ex husband now owns a Ferrari and a penthouse and here I am. I blew everything. But you know what, I am a different person and I have a different purpose for living which is based on love and not self anymore. I just love my life now and I am so grateful to have been given a second chance," she told Mamamia.

If you'd like to find out more, or support Australian Anti-Ice Campaign, you can find the details here, or call 1800 NO TO ICE. For family support advice call 0481844555.

If you think you’re struggling with addiction, please contact your general practitioner and/or the alternative helplines below.

Reply
Upvote
1 upvotes
I pray every day my children who are now young adults don’t ever try this evil evil drug . It took my brother in law away from my sister and his 6 children, he was dead within months we still pay the consequences for his actions but he was no longer the man we knew and loved but watching my nieces and nephews and my sister live without someone who was once a loving and devoted father breaks my heart every single day. Please if you read this and you think just once won’t hurt or it won’t happen to me , please think again and walk away. Nothing good every comes from
This evil drug.
News
General
Opinion
True Crime
Politics
Sport
Explainer
Entertainment
Celebrity
Reality TV
Movies
TV
Books
Rogue
Royal
Lifestyle
Beauty
Fashion
Weddings
Home
Wellness
Health
Fitness
Travel
Food
Parents
Before The Bump
Pregnancy
Baby
Kids
Teens
School
Parent Opinion
Work & Money
Money
Finance
Career
Lady Startup
Relationships
Sex
Dating
Separation
Friendship
Family
Real Life
Couples