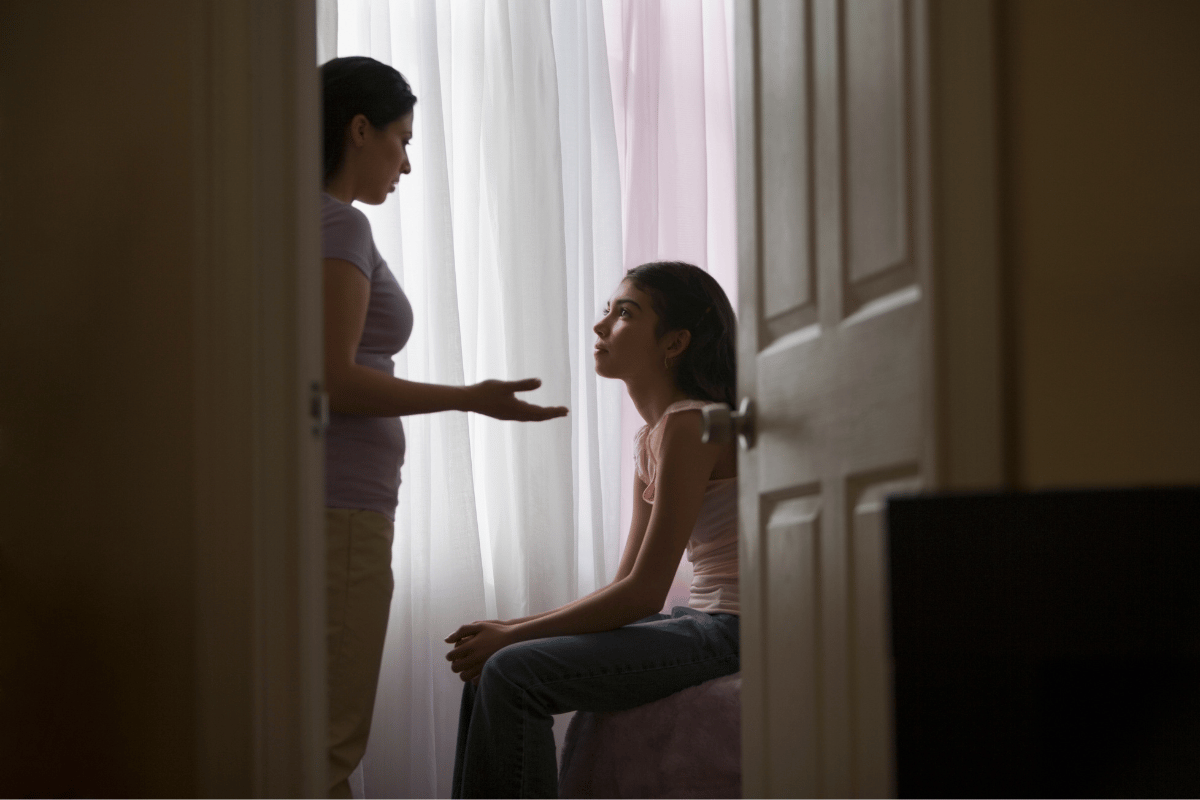 As told to Isabella Ross.

The first time he broke my heart we were at a gala event together.

I was seated around with his banking colleagues and their partners, sitting patiently at our table with an empty seat next to me. It had been vacant for over an hour. My husband *Steve was the 'guest of honour'. He was nowhere to be seen.

Only 30 minutes later did I watch him re-enter the gala hall with his shirt slightly untucked from his pants. A woman – a colleague of his – walked in soon after him. As I watched her walk over to her own partner, who had also been left waiting, I saw the look on the partner's face – he was feeling the exact same way as me.

We both knew deep down we had been cheated on.

I had never confronted him about that moment. I knew in my heart he had been unfaithful. And when I casually asked him where he had been for over an hour, he had said he was speaking with a prospective business partner. The gaslighting had begun.

The second time he broke my heart was in New York, a few years down the track. We had relocated there for a two-year work stint of his with our young daughter *Ava. For the first few weeks, it was blissful. Ignorant perhaps. My husband and I had reconnected, and I was finally starting to feel the heavy weight lift slowly off my chest.

Then a text message popped up on his phone.

Of course I read it. There was always a seed of doubt in my mind since that gala experience.

The text read: "Steve, I've really loved these past two months. But I can't do this anymore."

This time, I confronted him. He simply said it was – once again – a prospective business partner who had backed out of a deal at the last minute. There was anger, almost a level of disgust in his eyes when he saw me cry.

'Why do you think so badly of me?'

'Seriously, what's wrong with you?'

I sank deeper and deeper into depression.

Why didn't I leave then, some friends later asked me. A question we so often throw on women in s**tty relationships.

But where was I to go? I was a mum who didn't have a job, had a terrible amount of superannuation, and knew that leaving the marriage would create an unimaginable ripple effect. Plus, I could never find definitive proof. It was only ever a gut feeling. So I stayed. At least for five more years.

I no longer wished to have sex with Steve. How I could be intimate with someone who I knew had no respect for me? It was the lack of sex that probably drove him even further away. But he never made any effort to separate or divorce, which looking back on, I find confusing. It's something I never got answers for.

The suspicion continued. There were unexplainable charges of $500 to our joint bank account every now and then – always charged on a late Friday night when he had shot through a text saying: "Working late. Don't stay up. Tell Ava I said goodnight."

The nights at home for dinner lessened. The distance grew.

Secretive passwords on his devices became a normality. So did a complete lack of affection.

It wasn't until 2014 that I had my proof. I had finally cracked his laptop password. It was the name of his favourite rugby club. From there, I pored over every detail laid out in front of me. The email threads between him and someone he had met at a conference overseas. The countless online dating profiles. The Ashley Madison account. Plus the 'Adult Friend Finder' web page. In his bio, he had written 'my wife doesn't like having sex'.

Listen to Mamamia Out Loud: The betrayal worse than cheating. Story continues after audio.

With each revelation, the tiny scab in my mind that I had tentatively picked at over the years became a gaping hole unable to be filled. There was no coming back.

With tears running down my face, I printed off the proof, neatly sorting the six A4 pieces of paper and placing them on the dining table, waiting for my husband to find them when he came home from work that night.

Ava was at a friend's house for a sleepover. I was in our bed pretending to be asleep, racked with nerves as I waited for him to come home.

So what did he do when he came home? He walked into the house, his shoes stomped over to the dining room table, only for the sound to pause for four minutes. He then left the papers on the table, slightly strewn, walked into our bedroom, got changed and flopped into bed, where he began snoring after ten minutes.

I had my answer. The marriage was over. I was leaving.

Telling Ava hurt. Any parent who has divorced and had to tell their children knows exactly what that moment is like. But it's the moment after when your child asks 'why' that twists the knife in your gut. Because Steve and I had mutually agreed that we wouldn't share the details behind our split with our 13-year-old. Not yet anyway.

Three years down the track, things were looking up. My daughter was doing amazingly at school. I was starting to see new people. Steve and I had officially divorced, and communication was at a minimum: "How's Ava?" "Can you sign this document?" "Can you attend this doctor's appointment with Ava?" It was surface level. And that's how we liked it.

But Ava was getting older. She was now 16, had a better sense of the world, and had a niggling temptation to know what had really caused her parents to split so suddenly. Surely they couldn't have just grown apart overnight? She was too smart for us to fool.

While watching TV together, she asked me point blank: "Why did you and dad split up?"

I felt my body freeze. Do I lie? Do I tell the truth? I decided to give a little. So I told her that her father had cheated. And I saw the facade she had built up of her father in her head – the one where her dad was wholeheartedly kind – was cracking.

But it wasn't until last month that it completely crumbled.

Up until recently, Ava simply knew that Steve had 'cheated on me on a whim'. That was all. She had told her dad what she knew – he hadn't been impressed with me for telling her. Frankly, I didn't give a s**t. Family members had also criticised me for telling her. "She'll never look at her dad the same way. That wasn't her business. You have ruined their father/daughter relationship," some would say.

Ava would simply reply: "At least I know the truth. Dad didn't cheat on me, he cheated on mum. We're okay."

But when I finally told her the whole truth, she herself felt cheated on. The childhood memories she had envisioned through rose-coloured glasses weren't exactly true. Steve hadn't been around for so many of her milestone moments like she had once thought. The New York period had been naively blissful for her as it should have been. But it wasn't for me. Steve had broken me.

We were lying in bed together after Ava – now 21 – had come home from a work shift.

For some reason, she asked me again for more details on why myself and her dad had split. I didn't feel that sense of worry that I felt years prior when she had asked me the same question. So I took a breath, and the words spilled out.

I told her everything.

The gaslighting, the anxiety, the lack of emotional support, the aggression that would come from him when I showed even the slightest bit of sensitivity. I let it all out. I couldn't see her face or her reaction as we both lay in my bed, staring at the ceiling. But I knew that the ticker in her mind was going a million miles an hour. She's my only child. I know her better than anyone.

I knew she could handle it, even if in a way I was transferring the weight from my chest onto hers. But for so many years, Ava had believed that I left her dad for a minor transgression. That there had been love in our relationship. And once upon a time, there had been.

But there was no love for ten of the fifteen years we were together. Only uneasiness. Constantly wondering if and why Steve had decided I wasn't good enough. Why no matter what I did, I couldn't convince him not to stray.

I never wanted to shatter the perfect illusion that she had built of her father. They're still close to this day and that's something I am very happy about.

As she lay there staring at the ceiling, she asked me one final question.

"What the f**k do I do with all of this information, mum?"

After 30 minutes of pouring out years of suppressed feelings and emotions, I felt free.

My daughter knew the truth. It was up to her now what she did with it.

*Names have been changed. The person behind this story is known to Mamamia but has kept their identity anonymous for privacy reasons.