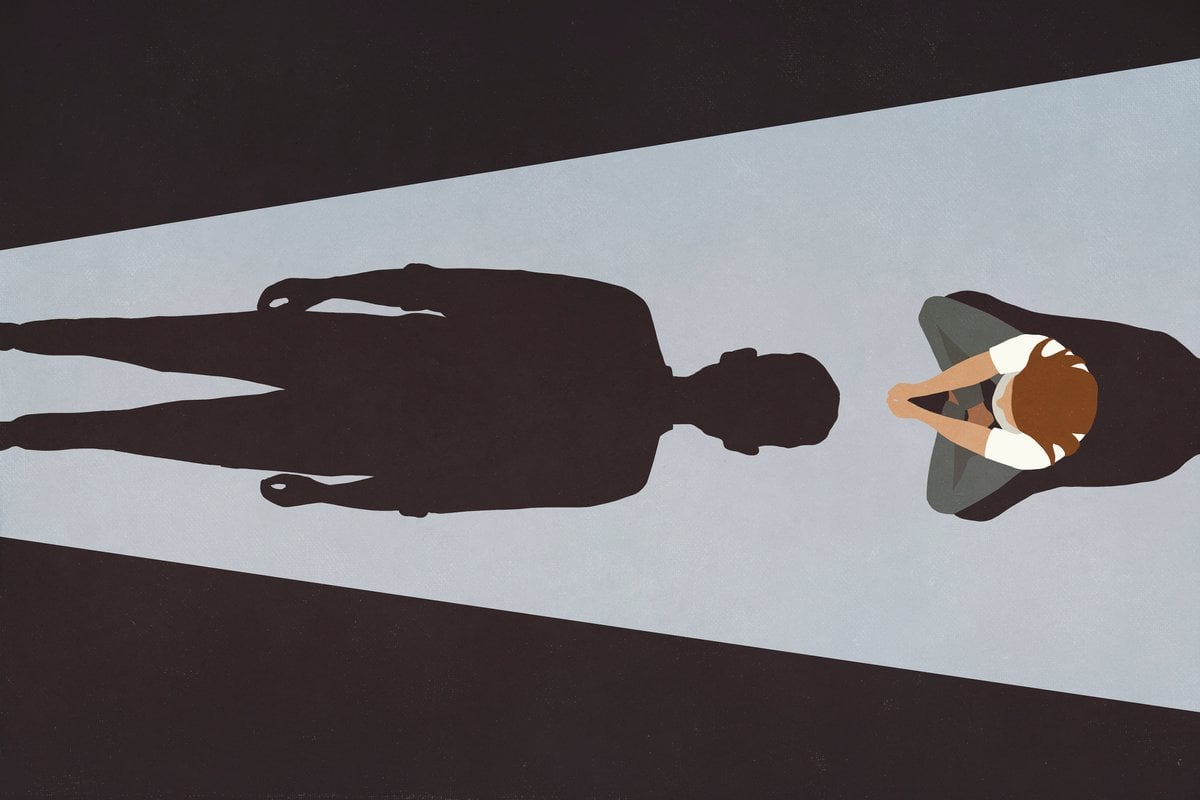 This article discusses multiple forms of trauma, including sexual violence and assault, abuse and harassment, as well as the effects of this trauma on mental health.

One in four Australian women have experienced abuse from an intimate partner – and younger women are particularly likely to experience it. The chances are then that many of us know someone who is in an abusive relationship.

For young women experiencing abuse by a partner, their friends are the main people they talk to, but it can be challenging for friends to know how to respond.

To better understand the difficulties friends may face, we interviewed 15 young people who were, or had been, a friend of a young woman experiencing Intimate Partner Violence (IPV) – 11 of whom identified as female and four as male.

A third said their friend had been subjected to physical violence.

Most of those we interviewed said they were unsure what role to play. As a participant told us, it was like “walking on eggshells”.

“...she does care about him [and] I don’t want to invalidate her feelings”.

Like many Australians, most just assumed that standing up to or leaving an abusive partner was a logical way of stopping the abuse and that they should urge their friend to do so.

“She would tell us she was scared of him. And like, the only thing I could think of was to tell her ‘Why are you seeing him still? Why would you go to his house? You need to stop seeing him’. Cos, for me, the common sense thing is to leave that situation.”

Feelings of worry and anxiety also caused participants to push their friend to leave the relationship.

Many said their friend was very reluctant to tell her parents or family because she feared their intervention would only make things worse. But, being the only ones who knew about the abuse meant participants felt they alone carried the responsibility for their friend’s safety.

As one said, although she tried to respect her friend’s wishes about staying in the relationship, she also constantly worried:

“What if something went wrong and I didn’t push her enough?”

Another dilemma was knowing how to respond to their friend’s abusive partner when they met them. As one participant said, socialising with her friend’s partner as though nothing was wrong made her feel complicit:

“We’ve met him, we’ve talked to him, like it seems like it’s normal… I’m worried it sort of legitimises what he’s doing.”

It was particularly difficult for those who were also friends with the abusive partner.

Some wanted to distance themselves or to confront him about his behaviour, but this was difficult to do without compromising the victim’s confidentiality or safety.

But some participants in the study had a different perspective on what role to play.

Three participants had experienced IPV themselves and they emphasised that ending an abusive relationship is difficult and that advising a victim to leave may not be helpful – it might only push her away. Instead, they framed their role as an ally.

For these participants it was about putting themselves “in her shoes”, being “on her side” and respecting the friend’s choices.

“I was a good listener all the time, just to make her feel that ‘Okay, I am here. I understand and I am ready to support whatever you do’.”

It also involved them validating to their friend that the abuse wasn’t her fault and focusing on her safety. This approach was consistent with the findings of research on what young women in abusive relationships find helpful.

LISTEN closely, without judging
INQUIRE about her needs and concerns
VALIDATE that she isn’t to blame
ENHANCE SAFETY and discuss a plan to protect herself
SUPPORT her and connect her to services that can help.

But even when friends understand the importance of being an ally, it’s difficult and distressing to know someone in an abusive situation. It can be a long and complex process to end an abusive relationship – and often the point of leaving an abusive partner is the most dangerous.

The stress of responding to abuse not only affects the women experiencing it, it also affects the friends and family supporting them.

But while being an ally may not be easy, asking a friend what kind of support she needs can make a real difference for someone experiencing abuse.

This article was first published on Pursuit and has been republished with full permission.

For people who are concerned about abuse in a friend’s relationship, advice is available if they’re feeling unsure about how to respond. Services like 1800RESPECT can offer confidential guidance for friends on how to be an effective ally, as well as support with the impacts and challenges of offering help.

Reply
Upvote
5 upvotes
just a small point on a really valuable article, but worth remembering that men can also be the victims of domestic violence. A young man was killed this week by his male partner in Sydney, just flagging so we remember not to dismiss worrying signs in any relationship
G
gypsy a year ago

Reply
Upvote
1 upvotes
@gypsy that is one case. As a male victim of domestic violence (financial, psychological, verbal, and sexual) to a female, backing up the comment from the user above. Male victims to female perpetrators are in the minority of official stats (3% of coercive control, including financial abuse) but do exist. That 3% is likely understated because every male domestic violence line assumes you’re the perpetrator. There are no shelters. Official government documents use gendered language. Like female victims, we are often afraid and ashamed to report and want to protect our abuser. Societal attitudes of the role of males, and your view expressed here and similar views in many places, add to the shame of being a male survivor or victim. For victims, that makes it harder to recognise and harder to leave. I’m not saying male victims are in the majority, and DV is certainly largely gendered. But attitudes like yours make an already invisible and vulnerable group of victims feel even more invisible and powerless. Please check your uninformed and sexist stereotyping, it’s hurtful to a small group of vulnerable people who need to know that their experience is real.
G
gypsy a year ago

Reply
Upvote
@a80   Gosh, I agree with you even though you are the minority you need to be considered. I was just answering the comment above, saying a male was killed this week, implied it most probably would have been a female offender. I was simply meaning it was the usual situation of a male offender, only the victim was different. DV is largely gendered as you said. I didn’t mean what you seemed to interpret. I am sorry if I offended you or anyone. Any victim of any abuse needs to be protected. Any perpetrator needs to be punished, gender aside.
News
General
Opinion
True Crime
Politics
Sport
Explainer
Entertainment
Celebrity
Reality TV
Movies
TV
Books
Rogue
Royal
Lifestyle
Beauty
Fashion
Weddings
Home
Wellness
Health
Fitness
Travel
Food
Family
Before The Bump
Pregnancy
Baby
Kids
Teens
School
Parent Opinion
Work & Money
Money
Finance
Career
Lady Startup
Relationships
Sex
Dating
Separation
Friendship
Family
Real Life
Couples