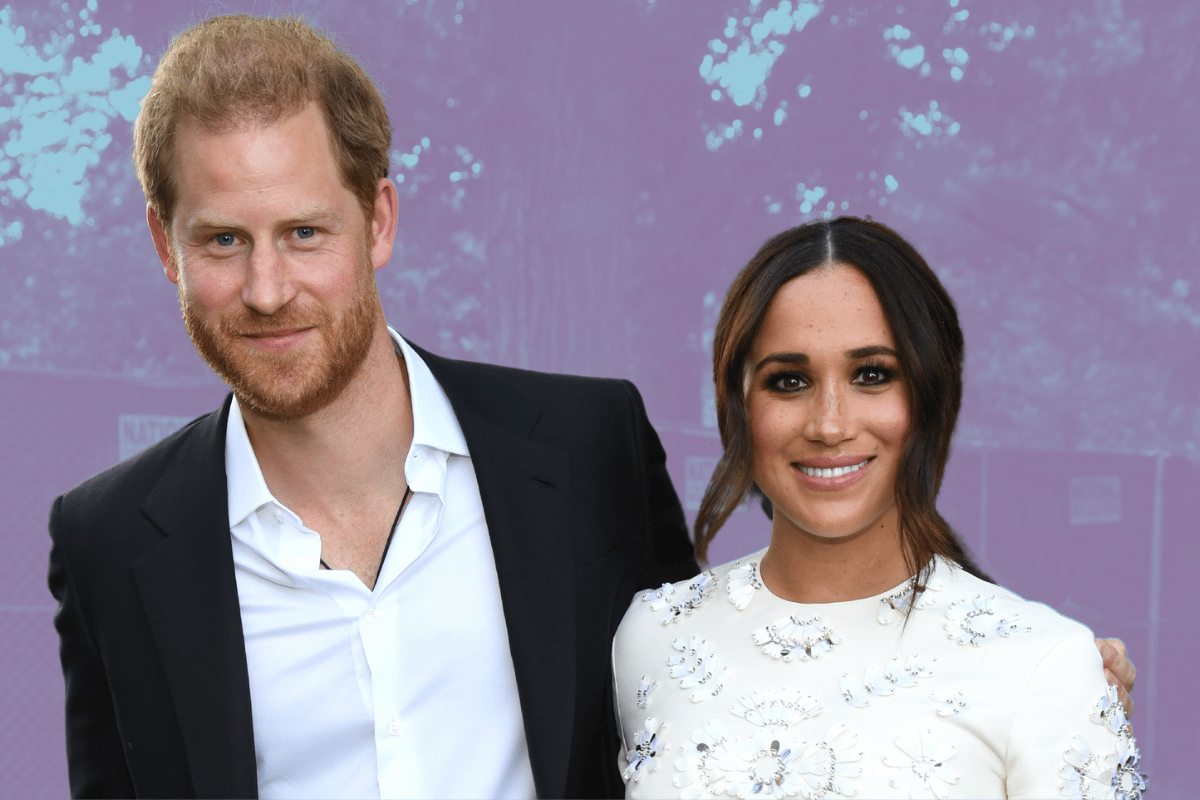 Two years after quitting their royal duties, Prince Harry and Meghan Markle are reportedly back in the UK. And it's creating a whole lot of buzz.

The Duke and Duchess of Sussex reportedly had a 'secret' visit with Queen Elizabeth in Windsor after arriving in the UK earlier this week.

A spokesman for the Sussex's confirmed the face-to-face meeting, however, Buckingham Palace is yet to release a statement.

The meeting comes as the Queen is expected to miss another traditional Easter event and the Duke and Duchess of Cambridge finished up their 2022 Caribbean tour.

With the royals back in the headlines, here's what's been happening with the family lately.

Prince Harry and Meghan's 'secret' visit with the Queen.

The Duke and Duchess of Sussex's visit with the Queen is the pair's first joint trip to the UK since they stepped down from royal duties in March 2020.

Harry and Meghan are believed to have stopped off in the UK on their way to the Invictus Games in Holland, which starts over the weekend.

It is not known if their two-year-old son Archie and 11-month-old daughter Lilibet - who the Queen has never met - also joined them.

Harry was last seen in the UK in July last year for the unveiling of a statue of his mother Princess Diana at Kensington Palace. He also attended Prince Philip's funeral in April.

Meanwhile, the trip marks Duchess of Sussex's first time in the country in two years, according to the BBC.

Dickie Arbiter, a former spokesperson for the Queen, said the couple's meeting with the Queen could be "an olive branch".

"Nobody saw this coming, Buckingham Palace have not confirmed it, [but] certainly Harry and Meghan's spokesperson confirmed they had a meeting with the Queen and the Prince of Wales," Arbiter told the Today Show.

The couple's visit comes after Harry did not attend the memorial service for his grandfather, Prince Philip, last month - a decision he was heavily criticised for.

Philip was farewelled at Westminster Abbey on March 29, with 1,800 family members and guests in attendance, including Prince Charles and Prince William.

At the time, a spokesperson for Harry - who returned to the UK for Philip's funeral last April - told Fox News that he wouldn't be attending the service but planned to visit the Queen as soon as possible.

The decision came while Harry has been pursuing a legal challenge against the Home Office, after he was told he would no longer be given the same degree of personal protective security when visiting Britain, despite offering to pay it himself.

In February, Harry's legal team told the High Court he "does not feel safe" when visiting the UK which will always "be his home".

"It goes without saying that he does want to come back to see family and friends and to continue to support the charities that are so close to his heart... This is and always will be his home," a representative told the court.

The Queen is expected to miss another event following health issues.

The Queen is expected to miss this weekend's annual Easter Sunday service at St George’s Chapel, which is always attended by the Royal Family.

Instead, she was represented by Prince Charles and Camilla.

The Prince of Wales and The Duchess of Cornwall attended the annual Maundy service on behalf of The Queen, where they distributed the traditional Maundy money. pic.twitter.com/P2mlCR3syY

The Queen tested positive for COVID-19 back in February and experienced mild symptoms.

She also spent a night in hospital last October and spent the following three months carrying out light duties.