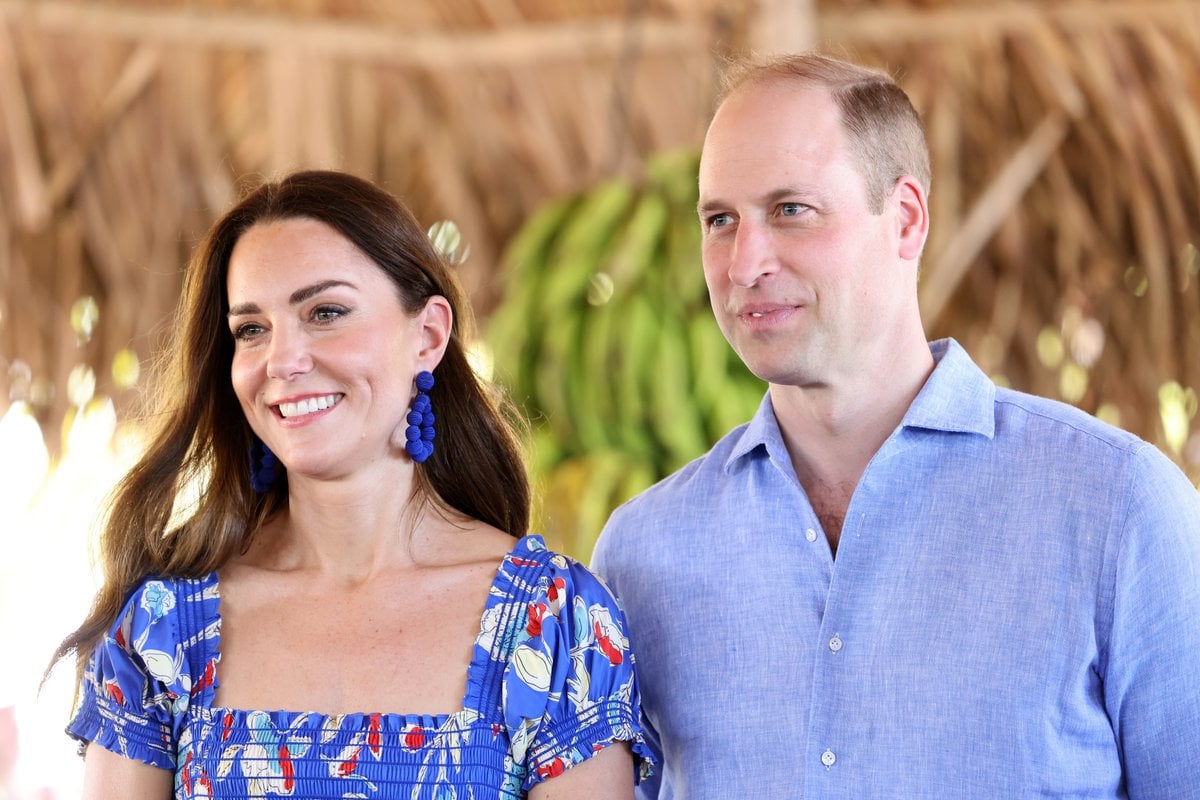 The images of a royal tour are designed to look a certain way.

The Duke and Duchess of Cambridge's 2022 Caribbean tour is no different, in this regard. Picture-perfect displays of William and Kate during their tour of Belize, Jamaica and the Bahamas have been splashed across front pages and social media, as per usual.

But these images aren't telling the full story.

Many Caribbean nations, like other former British colonies, have been reassessing their relationship to 'the crown' in recent years.

Where there may have been distaste or displeasure for decades, there is now more tangible change. In 2021, for example, Barbados transitioned from a constitutional monarchy to a republic, ditching the Queen as its head of state and electing a president.

Officially, Wills and Kate's current tour is in celebration of the Queen's Platinum jubilee. Unofficially, royal experts see it as a 'charm offensive' against the increasing restlessness of other Caribbean nations.

Unfortunately for them, it may just be adding fuel to the fire. The tour has been anything but smooth sailing so far, with protests and distrust from local populations suggesting that perhaps, Barbados will not be an outlier in the region.

On Sunday local time, the royals had planned a helicopter ride to a cacao farm in the Indigenous Maya village of Indian Creek in Belize's southern Toledo district.

Before they arrived, local villagers staged a protest. Signs featured messages including: "Colonial legacy of theft continues with Prince", "Our land, our livelihood" and "Prince William, leave our land".

Indian Creek is in dispute with Flora and Fauna International (FFI), a conservation group which lists Prince William as a patron. FFI has property near the village's communal land, which has caused tensions over ownership rights, according to local residents.

Sebastian Shol, chairman of Indian Creek village, told the Daily Mail: "We don't want them to land on our land, that's the message that we want to send. They could land anywhere but not on our land."

Dionisio Shol, a village youth leader, said: "For us, it really hits right at home because of the treatment. The organiser said we had to let them use the football field, and that people were coming to our village and it had to look good. These are high-profile people, we respect them, but they also have to be giving respect to the community leaders. Giving community leaders commands did not sit well with the community."

Instead, a contingency plan was enacted and the royal couple visited another cacao farm.

William and Kate's next stop was Jamaica, where they faced an even frostier welcome.

NEW: A protest is due to take place in #Jamaica on Tuesday as Prince William & Kate visit the country during their royal tour. Organisers have also penned an open letter to the monarchy calling for slavery reparations. More on this soon. #Jamaica60 #AdvocatesNetwork pic.twitter.com/JUYSk1MUTv

This year marks 60 years since Jamaica gained independence from the UK. This, coupled with Barbados becoming a republic, has only intensified calls for Jamaica to ditch the monarchy completely.

Jamaican Prime Minister Andrew Holness declared in December 2021 that "Jamaica has to become a republic", and a March 22 report from The Independent reported the process 'had already begun'.

'Political sources' told the publication that the Jamaican government began the process weeks ago, though the "road to becoming a republic is not an easy one".

As the royals arrived in town, a coalition of Jamaican politicians, business leaders, doctors and musicians called in an open letter for the British monarchy to pay slavery reparations.

Britain transported hundreds of thousands of slaves from Africa to Jamaica during its rule.

Hundreds joined a protest outside the British High Commission in Kingston on Tuesday, local time, following the royal's arrival.

The Jamaican coalition arrived armed with 60 reasons the nation is owed an apology and compensation from the crown.

"We note with great concern your visit to our country Jamaica, during a period when we are still in the throes of a global pandemic and bracing for the full impact of another global crisis associated with the Russian/Ukraine war," the open letter read.

"We see no reason to celebrate 70 years of the ascension of your grandmother to the British throne because her leadership, and that of her predecessors, has perpetuated the greatest human rights tragedy in the history of humankind."

Signs at the protest shared messages including 'Princesses and Princes belong in fairytales, not in Jamaica" and "We demand apologies & reparation".

“We will not participate in your Platinum Jubilee celebration!”

Full open letter to Prince William and Kate, from Jamaica’s Advocates Network, ahead of the reparations protest at the British High Commission in Kingston tomorrow.#RoyalTourCaribbean https://t.co/svLXi37Ntf pic.twitter.com/6A8Ar3mIL3

Unsurprisingly, Kensington Palace has not responded directly to any of the upset.

And of course, it should be stated that the citizens of Belize, Jamaica and other Caribbean nations do not share collective thoughts.

While the tide may fast be turning on the monarchy, plenty of supporters have and will continue to turn out to take part in the royal tour, greet the Duke and Duchess, and be part of the picture-perfect photos that make it onto front pages around the world.

This time, however, it's important to note that somewhere behind the smiling faces and fanfare there are people with placards demanding change.