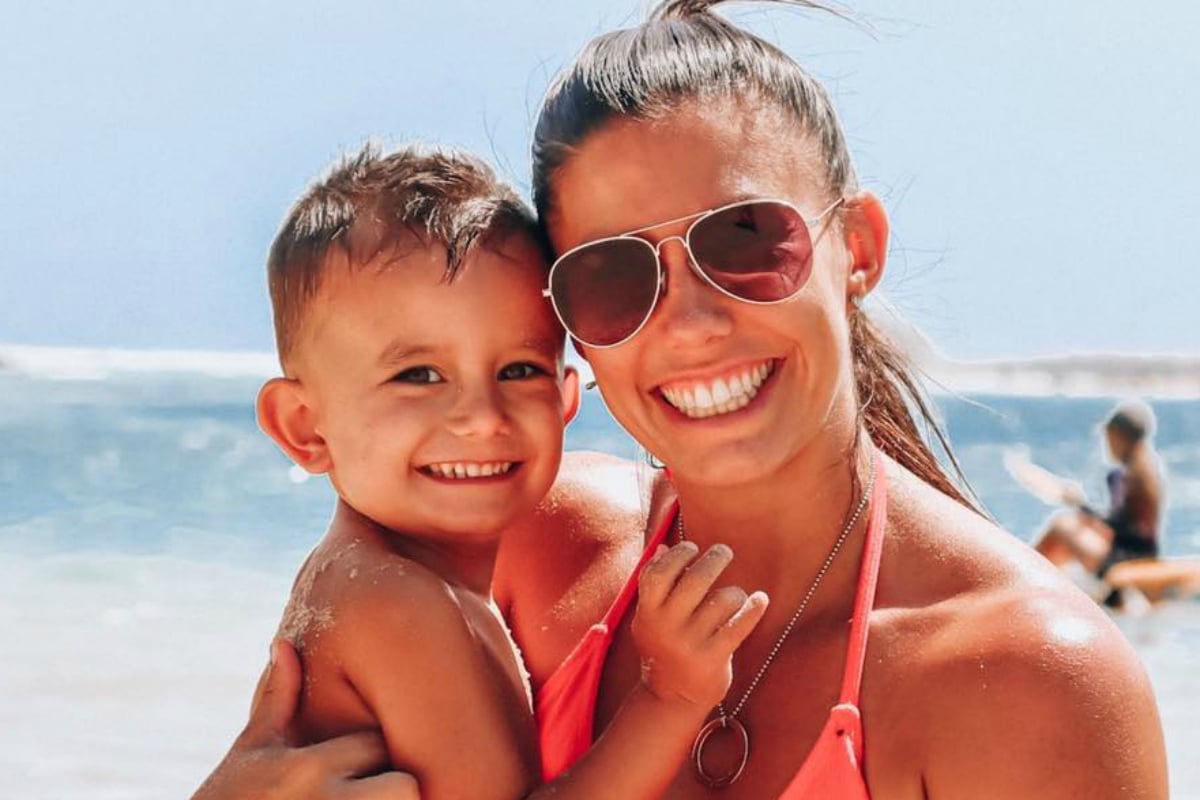 Warning: Aboriginal and Torres Strait Island readers are advised that the following contains the names and descriptions of deceased Indigenous people.

It's been six months since Australia learned the name Hannah Clarke and those of her three children, Aaliyah, six, Laianah, four and Trey, three.

While friends and loved ones knew the 31-year-old Brisbane woman for her warm, caring nature, her devotion to her work and her children, the rest of us were introduced to a mere shadow of her. A person who, through the actions of her estranged husband, had been reduced to a headline and domestic homicide statistic.

On Wednesday, February 19, Hannah was on the morning school run when her estranged husband, Rowan Baxter, ambushed her car on a quiet street in the suburb of Camp Hill.

He doused the vehicle in petrol, set it alight and took his own life as it burned. The children died at the scene. Hannah died later in hospital, but not before she somehow found the strength to tell first responders what Baxter had done.

We later learned more of his cruelty through grieving family and friends. How he'd stalked Hannah, emotionally and financially abused her, and monitored her phone and social media accounts. How he'd forced her to sleep with him nightly and would be harsh to their children the next day if she refused. How he'd abducted their eldest daughter and fled interstate for four days.

Hannah did everything people in an abusive situation are advised to: she told trusted friends and family about what was happening behind closed doors; she contacted police who offered counselling to all involved; she established a support network and moved away; she obtained a Domestic Violence Order; she sought a child-custody arrangement; and more.

None of it was enough to protect her and her children.

Nor was the national conversation about their murders enough to rattle rates of domestic and family violence homicide.

According to researchers from Destroy The Joint's Counting Dead Women project, 26 women have been killed in Australia in the six months since the murder of Hannah Clarke and her children.

In the overwhelming majority of instances, the alleged perpetrator was a current or former partner or relative.

We've learned only some of their names.

Elaine Pandilovski, found dead at her Mill Park home in July after she failed to show up to work. The Victorian woman's estranged husband has been arrested.

Liqun Pan, 19, a Chinese-born woman studying in Australia who was killed at her apartment in Wolli Creek, Sydney in June. Her boyfriend is currently in an induced coma following what police suspect to be a murder-suicide attempt.

Another name, another life, another family left to grieve.