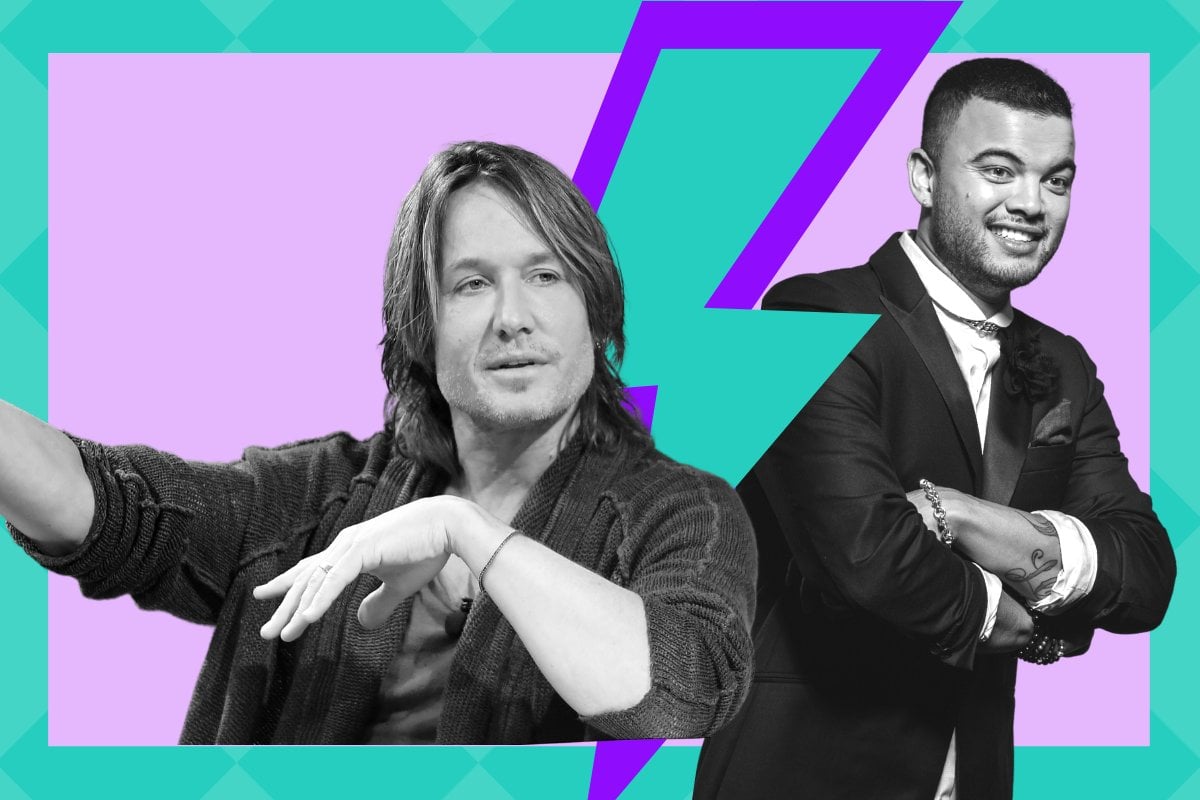 As the new season of The Voice Australia draws closer, it seems there's some drama bubbling under the surface.

According to sources, returning coaches Keith Urban and Guy Sebastian are locked in a bitter feud after arriving at a media call for the reality show in strikingly similar outfits over the weekend.

"Keith and Guy both arrived at the event in matching black leather jackets. Keith was absolutely furious," an unnamed source claimed.

"Keith asked producers to find a new jacket for Guy, but Guy refused to get changed."

When media arrived to conduct interviews, the tension reportedly remained high between the two coaches.

"The tension was unbelievable," a source told Mamamia. "Keith and Guy refused to sit next to each other. Poor Rita [Ora] and Jessica [Mauboy] were forced to sit between them and keep the peace. It's going to be a nightmare when the show starts filming."

The explosive incident came after weeks of unfolding drama between the pair.

In recent weeks, Sebastian has been called out for his copy cat behaviour on Instagram with many fans blasting the Australian singer for stealing fashion tips from Urban.

The claws first came out when Sebastian put on an eye-popping display on the social media platform, sharing a photo of himself wearing a tight button-up shirt that showed off his ample assets.

"Anything you can do, I can do better," he captioned the post.

But as fans pointed out, Sebastian clearly copied Urban's style, donning a shirt the country singer wore in a photo posted just days ago.

"Wow. Are you for real?" one fan commented on Sebastian's post.

"I can't believe you'd disrespect Keith like this. Shame on you. Unfollowed," another wrote.

Sebastian has also been called out for attempting to copy Urban's luscious locks.

Last week, the 39-year-old was spotted showing off his freshly dyed blonde tips in Bondi.

"Keith thinks Guy is pathetic for trying to copy his looks," an insider claimed.

"It's making Keith so upset! He can't believe how far this has gone."

S
somebody else a year ago

Reply
Upvote
Silly. Keith doesn't act like a Diva. He did that show years ago. Really wish he had skipped it this time. Un named sources are always suspect.
R
rush a year ago

Reply
Upvote
@somebody else I think you've missed the point of this article, and the others published here today. The writers are writing articles about male celebrities the way that female celebrities are usually treated - stupid, gossipy, sexist, often untrue. It's satire.
S
somebody else a year ago