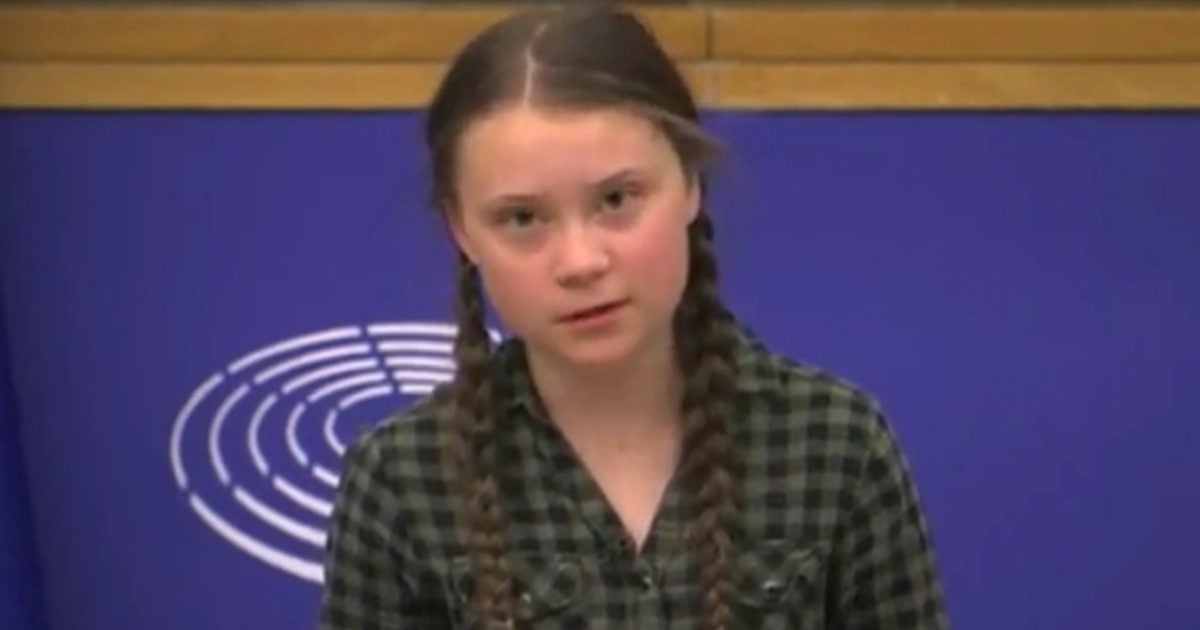 A 16-year-old has just given the most pointed, well written, and powerful speech about climate change, and put into words everything we’ve been thinking.

Greta Thunberg tearily addressed the EU, scolding the group decades her senior for holding three emergency summits on Brexit and none on the threat posed by climate change.

Here is a snippet of her speech. Post continues after video.

“Our house is falling apart and our leaders need to start acting accordingly because at the moment they are not,” the Swedish schoolgirl told a standing room-only meeting of MEPs and EU officials in Strasbourg.

“If our house was falling apart our leaders wouldn’t go on like we do today,

“If our house was falling apart, you wouldn’t hold three emergency Brexit summits and no emergency summit regarding the breakdown of the climate and the environment,” she continued.

Greta’s 10-minute speech was interrupted by frequent applause and ended with a 30-second standing ovation.

The young climate activist’s voice wobbled as she spoke about the effects of climate change to date.

“The extinction rate is up to 10,000 times faster than what is considered normal, with up to 200 species becoming extinct every single day.”

“Deforestation of the rainforest.

“Toxic air pollution, loss of insects and wildlife, acidification of our oceans – these are all disastrous trends,” she told the group.

She was applauded after getting to the end of the passage and continued the speech without faltering again.

She even mentioned the recent burning down of Notre Dame in her speech.

“Some buildings are more than just buildings.

“But the Notre Dame will be rebuilt.

“Around the year 2030, we will be in a position where we set off an irreversible chain reaction that will most likely lead to the end of our civilisation as we know it,” she told the room.

“That’s unless in that time permanent and unprecedented changes in all aspects of society have taken place,” she continued.

Her comparison was jarring and it was strong. It mirrored conversations we in Australia are having.

Between 2016 and 2018, we lost half of our Great Barrier Reef to human caused global warming.

It's our greatest national relic, and yet we're sitting back and letting it burn.

There's no urgency within our government to save it.

Greta has pinpointed that there is no urgency amongst our leaders worldwide.

Since then, she has also addressed the UN climate change summit in Poland and the World Economic Forum in Davos.

Her message is clear, terrifying, and urgent.

And it's about time those with the power to enact change started listening to those who will be the ones living in a future, affected by the damage done by climate change.

We haven’t lost, “half of the Barrier Reef”, nor has Perth become a ghost city due to lack of water, Kakadu hasn’t flooded, the Maldives aren’t under water, British children still see snow and I could continue with the litany of falsehoods by climate change doomsayers that in the case of this girl border comes close to psychological abuse of a child.