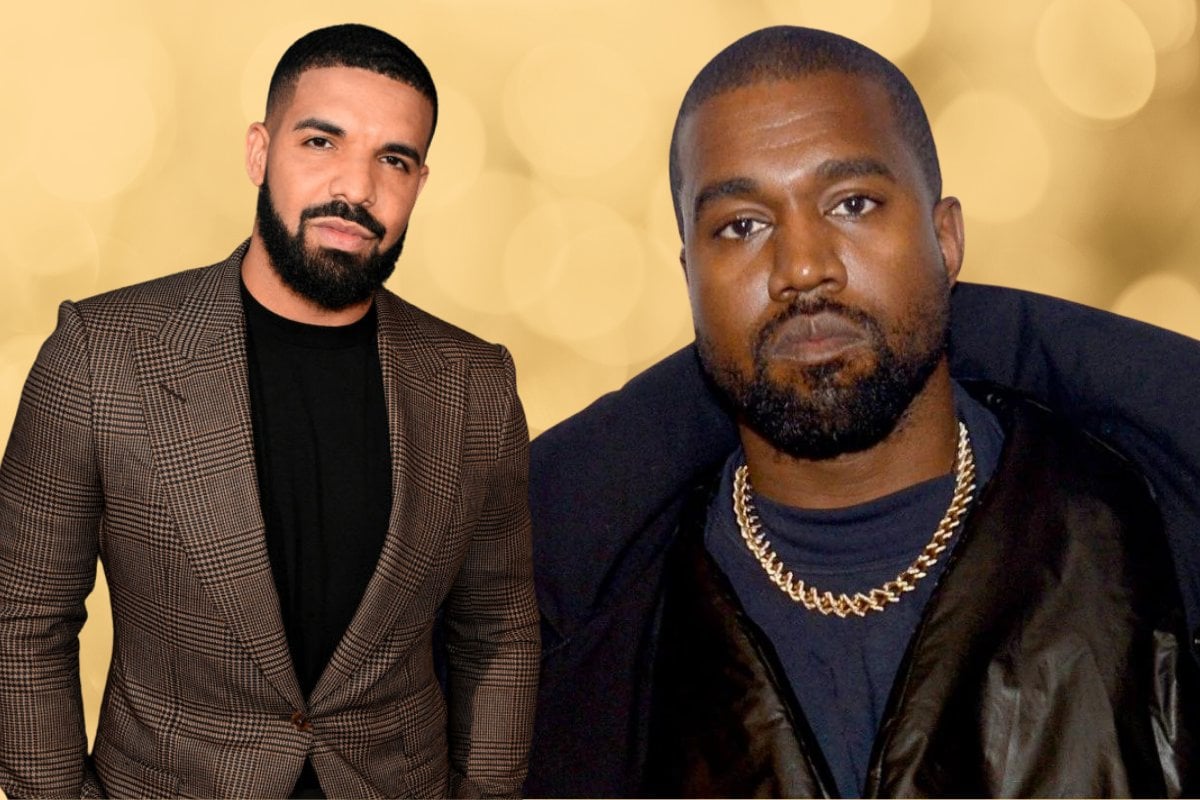 After the wild night that was the Oscars, it's almost time for the Grammys. And yes, it looks like we just can't catch a break from awards season drama.

With artists voluntarily withdrawing from their nominated categories to Kanye West's last-minute snub, the 2022 Grammys are shaping up to be... a lot.

Plus, with the slap heard around the world continuing to dominate headlines, it's likely organisers will be on high alert.

This year, the biggest night in music is being held in Las Vegas for the first time. The night was postponed from January after the Omicron surge, and will be streamed on Channel Seven in Australia from 10am.

Music fans have been divided over this year's lineup, with many fans disappointed by the lack of performances by 2022 music icons including Adele, Doja Cat, Beyonce, Taylor Swift and more.

So, here's all the behind-the-scenes gossip you need to know before Monday.

Artists withdraw from the Grammys.

Drake and The Weeknd have both withdrawn their Grammy nominations.

Drake withdrew his nominations in a statement via Instagram last year, saying the Grammys are losing their relevance.

"I think we should stop allowing ourselves to be shocked every year by the disconnect between impactful music and these awards and just accept that what once was the highest form of recognition may no longer matter to the artists that exist now," he said.

"This is a great time for somebody to start something new that we can build up over time and pass on to the generations to come."

The Weeknd also announced his withdrawal from the Grammys last year, claiming he did not want to be a part of a 'corrupt' organisation.

In May 2021, he told Variety: "I remain uninterested in being a part of the Grammys, especially with their own admission of corruption for all these decades."

The Foo Fighters pull out of performing.

The Foo Fighters were set to take the Grammys stage on Monday, but after cancelling their scheduled tours to "grieve and heal" following the death of the band's drummer, Taylor Hawkins, they have pulled out of the Grammys too.

A BTS member has tested positive for COVID.

Korean-pop group BTS was one of the most anticipated performances at the 2022 Grammys, with the band amassing a cult fanbase that were sure to boost ratings.

But BTS member Jungkook has tested positive for COVID, just days ahead of their scheduled performance.

The performer tested negative before his departure from South Korea but started experiencing symptoms on arrival in Las Vegas.

Jungkook travelled to Vegas alone and hasn't been in contact with other members of the band since testing positive.

Fellow BTS member J-Hope has been self-isolating in South Korea since testing positive for COVID on March 24.

An announcement has yet to be made on whether the band will perform pending whether Jungkook complies with US COVID-19 regulations on Sunday.

"Jungkook's participation in the later schedule in the United States will be determined by the local regulations on COVID-19," the South Korean entertainment company behind the band, HYBE, wrote in a post, adding that they are "actively in discussion with the awards organiser."

Per current CDC guidelines, people who have tested positive for COVID should isolate for at least five full days regardless of vaccination status.

If symptoms do not improve after five days, isolation should continue until they disappear.

Just two weeks before the Grammys, Kanye West's team shared that the star was uninvited from performing at the show due to the rapper's "concerning online behaviour" in recent weeks.

The decision came a day after West was temporarily banned from Instagram due to "hate speech and bullying and harassment" of Trevor Noah, who is hosting the Grammys, as well as Kim Kardashian's new boyfriend Pete Davidson.

He remains nominated for five awards including album of the year for Donda, up against Taylor Swift's evermore.