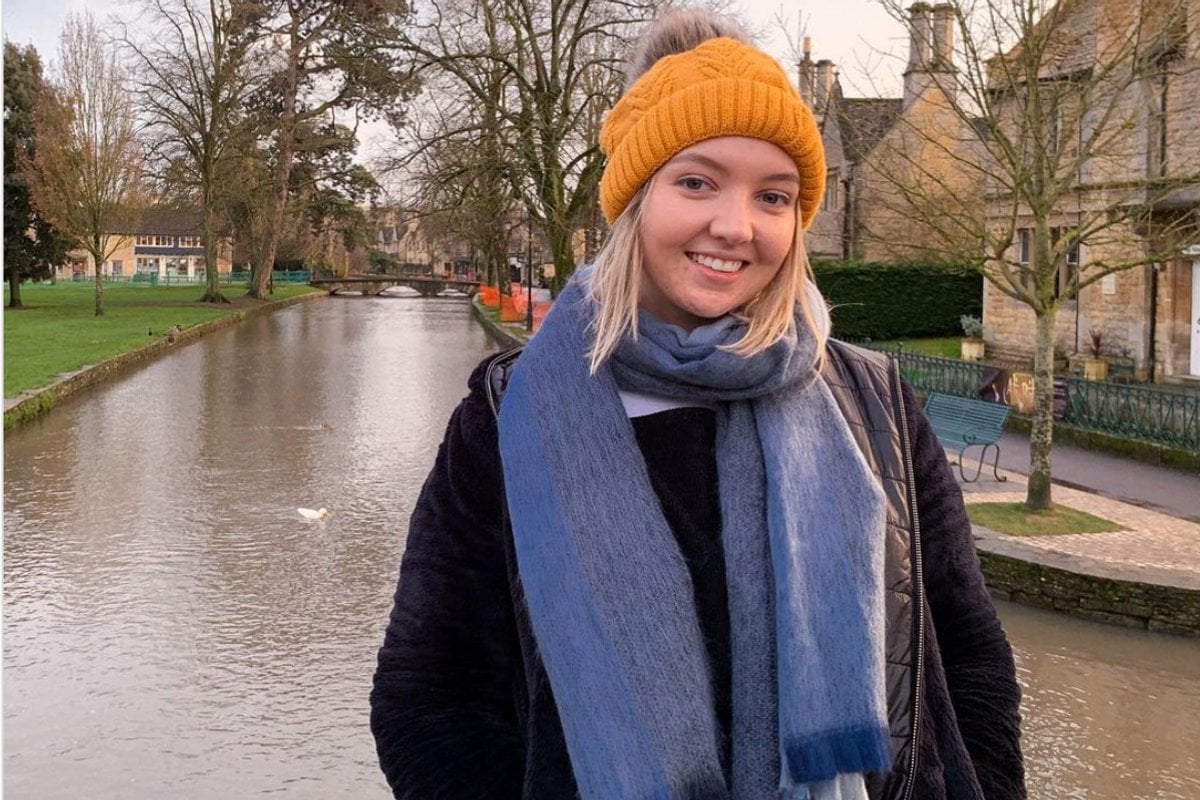 I’d been living in London for four years, had been in a relationship for three years, and worked as a journalist for six years. A visa ending, a devastating affair (his) and a redundancy later, it all came to a screaming halt.

I found myself back in my bright green childhood bedroom in the Sydney suburbs with no job, no partner and back in lockdown.

I took the time to process everything that had happened, went to therapy and started creating my new life back in Australia. I was starting to feel like myself again, working on new projects, studying and adjusting to my new life.

My 27th birthday rolled around and after a wine-fuelled picnic with some girlfriends, we decided it was time for me to dust off the dating apps and put myself back out there.

It began with the initial fun of swiping and scrolling, the optimism that there are plenty of fish in the sea — and plenty of cute guys to have a nice time with. That very night, I instantly clicked with a guy. Let’s call him Dylan.

Dylan had also lived in the UK for four years, had an enviable job that made the world a better place, and we bonded over a mutual interest in social issues and indoor plants. What more could a gal ask for?

I stayed up texting him well past my bedtime. We had so much in common, down to sharing the same favourite Messina flavours and stand-up comedians. It was nice to feel that spark again after such a romantically monstrous year.

I didn't realise it at the time, but this was a red flag. Don’t text too much with people you meet on dating apps before you meet them in real life. I’ve learnt this lesson the hard way a number of times yet the combination of being in lockdown and clicking with someone saw me dip on this standard. Never again!

The next day, Dylan told me he was writing me a letter. At first, I thought it was a joke. In the age of video call dates and the Metaverse, why would someone I’d never met want to send me a letter? But then my inner romantic, cultivated from a steady diet of Disney movies and Zoe Foster Blake’s Instagram, thought let’s give this a go and told him where to send it.

Dating safety note: Ladies, it probably goes without saying, but don’t give your address to strangers on the internet. If you find yourself in this unlikely situation, use a PO Box or another mail pick up solution.

Dylan and I continued texting FAR too much and the letter finally arrived a few days later.

It was quirky, sweet and made me smile. I was filled with equal amounts of hope that I might be speaking to someone great as well as a distinct feeling that sending a letter to someone you’ve never met is a red flag.

And here comes the second red flag. While the unspoken rules of dating don’t have to be followed exactly, there’s a reason big romantic gestures at the beginning should often be taken with scepticism and caution.

Investing too much in the beginning in someone who is essentially a stranger is rarely a good thing.

After a week, Sydney's lockdown ended, and we were finally able to arrange a time to meet in person.

Listen to The Undone, a show about navigating the “adult” world without a GPS, friendship, love, sex, personal politics, and... air fryers. Post continues below.

Most millennial women usually expect a first "meet" (apparently we don’t use the word date anymore, I’m still re-learning the rules after my prolonged absence from dating) to consist of a drink, a coffee or another noncommittal activity.

The problem with online dating is that sometimes there’s just no substance or spark IRL, which is completely fine. But you don’t want to be figuring this out when you’re ordering entrees and you’re stuck with this person for another two hours.

Dylan hadn’t been following the rules so far, and he wasn’t going to start now. He took me on the most extravagant first date (he even referred to it as a date!) that I’ve ever been on — let alone heard of.

I’m talking about a trendy cocktail bar, a ritzy restaurant with a harbour view and he even kissed me for the first time in front of the Opera House. My friends listened with wide eyes and disbelief as I spilt the tea at brunch the next day.

Dylan and I made plans to see each other again a few days later, which we kept and had a nice time. Everything seemed to be progressing nicely until... the dreaded lack of replies.

Texting should follow a linear progression at the beginning of any potential fling. So a sharp drop in communication without an explanation usually spells disaster. Sure enough, he left me on read and I’ve never heard from him again.

This was the third red flag. While the people we’re dating may have 40 other things going on in their lives, the action of hot and cold communication with no explanation speaks louder than any combination of words.

I still don’t understand how Dylan could handwrite a three-page letter yet be incapable of sending the courteous: "I’m not really feeling it but it’s been nice getting to know you" text. Or, my personal favourite, the gentle let down of: "I think my ex and I are giving it another shot." Neither of which has to be true, but at least this simple message ties everything up in a neat little bow, and each person knows where they stand.

I finished the experience with the understanding that ghosting apparently still happens in your late 20s. And that past performance is not necessarily indicative of future performance, in investing and in dating.

As for the handwritten letter, I found it a few weeks later while cleaning. I decided the best yet slightly petty course of action was to seal it back up, write "Return to Sender" on the front and drop it back in the postbox. Thank you Australia Post, for handling my emotional baggage.

Reply
Upvote
@6pattycakes LOL I know what you mean. I'm still learning new terms like 'love bombing' and 'cat fishing'. I'm sure there are many more.
As far as  I know, 'ghosting' is when someone suddenly stops all communication with you. Like they never existed - a ghost if you will.
Well, that's my turn playing Ask Auntie - I hope I did OK
K
kaz76 7 months ago