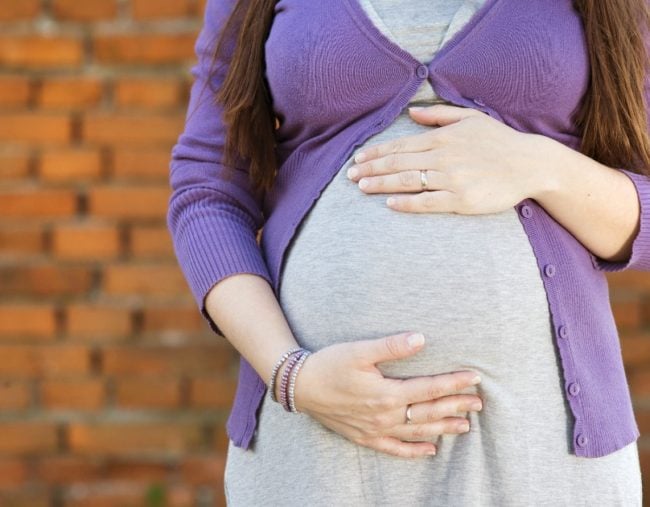 There’s one reason, and one reason alone to explain why getting pregnant after the age of 40 is so difficult to achieve, and it’s all about the eggs; specifically the quantity and the quality, both of which are greatly diminished by mid-life.

According to Dr David Wilkinson, an Infertility Specialist and Medical Director at City Fertility in Melbourne, it’s a reality that is “pretty depressing”.

“Even though an egg has never been released there’s a constant turnover of eggs in the ovaries from puberty to the menopause – menopause occurs when all the eggs have gone essentially – there’s a decreasing number of eggs.”

Jessica Rowe on finding out she was pregnant after years of fertility treatments. Post continues…

Wilkinson says women are born with around two million eggs, but by the time we reach puberty there are just 300,000. By the age of 40, there are very few left. By 45, there could be none left at all. It’s here that fertility services come in.

And while falling pregnant at 60 is not something Wilkinson and his colleagues recommend, thanks to advances in technology, it’s now sometimes possible.

“If you start trying for the first time at 40, rather than waiting for three or six months to get some basic tests done I’d probably do the basic investigations straight away to make sure we’re not missing anything. A sperm test for the male, maybe a check of egg reserve on the female side and I certainly wouldn’t recommend trying for a year or two years because IVF success rates go down sadly too beyond 40,” Wilkinson tells Mamamia, adding that while the eggs do age, the uterus doesn’t, which is why older women have so much success when they use donor eggs.

“If you take a donor egg from a woman in her twenties and put it in the uterus of somebody who’s in her fifties or forties anyway, the pregnancy rates are just about the same,” he says.

And just when you were lamenting how hard it is to be a woman, with the constant TICK TICK TICK of your biological clock, it's not all on us.

"Nearly a third of the time the problem can come from the male side," Wilkinson says, adding that the quality of sperm also declines as men age.

"There is a change, it's not as great as on the female side but we know as men get older too the quality of the sperm can change and the amount of damage to the DNA in the sperm can increase."

One sure fire way of hedging your bets is to freeze your eggs - something Wilkinson says "technology has improved so much" - and to do it earlier rather than later.

"The only thing we can do potentially at this stage is divert the situation by freezing the eggs at a younger age because we know if you freeze your eggs at 30 the chance of getting a baby from those eggs is much much higher than it would be at 40."

There are other things women can do to improve their chances of falling pregnant after 40, according to Dr. Wilkinson, including:

"But all of these things are less contributors to the age of the eggs themselves," Wilkinson stresses.

Like most Australian fertility services, Wilkinson's treatment would normally top at around 45, although he has had success with one patient at 47, but at the end of the day, it's up to the patient. "All you can do is tell them what the odds are."

"All you can do is tell them what the odds are," he says, explaining it's not just about the "financial cost, but the emotional cost as well."

"But if somebody was 46 and wanted one attempt and understood just how high the risks are, we wouldn't absolutely say no," Wilkinson says. "Most of my patients, nearly half of them requiring IVF, would be 40 and obviously it doesn't work for everybody."

And whenever his patients express regret they didn't try and have children sooner, he urges them to focus on today.

"I always say, this is the here and now."