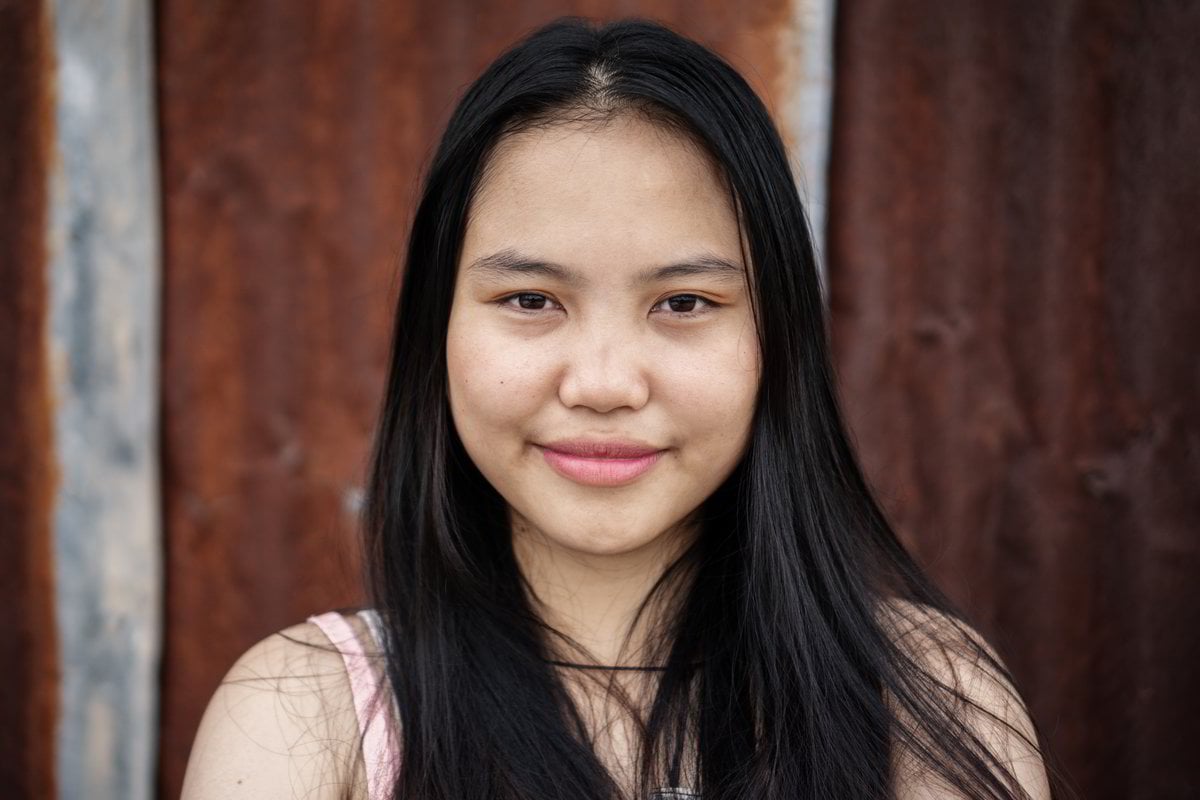 "Can you just tell them you can’t come in?"

These were conversations I used to have with my ex. At the time I was working weekends, and a big part of my training was student coordinating for relationship and intimacy classes. I loved my work and seeing people transform after coming in so hopeless. I was inflow. I was happy.

That changed whenever I came home. I almost felt guilty about how much I enjoyed my work life. It was almost like it was a part of me I tried to keep separate, to protect from him.

Ultimately, I didn’t believe I could be a fully powerful woman in his presence. Or take up space. Be in my purpose and have a man (him) love and support me unconditionally. I didn’t think both could exist. I also couldn’t see I didn’t have the skills to navigate a demanding job while in a committed relationship.

But, he was my best friend. I had never felt more in love with someone despite all of our struggles. Being together was pure joy.

I loved that he fought for it. It touched that part of me that felt wanted and important.

So I made myself smaller.

I didn’t want to lose him or the relationship. I started to skip events to get home earlier. I would cut it close in the morning so we could be in bed until the last very minute, prying myself out of his arms, telling him we needed to stop having sex.

When he complained I spent too much time with my girlfriends, that I was "different" when I got home from seeing them, I didn’t fight him. More and more, little by little, I shrank to keep him happy.

In that process, I abandoned myself.

I didn’t trust we could be in love and in purpose. I put up with more and more fights, with his anger. When he told me he’d break up with me in a week if I didn’t get an IUD, I got the IUD. Deep down I knew to concede, abandon my own body, would be a pretty final straw.

The more I shrank to "keep" the relationship, the further apart we grew.

It had been feeling weird between us for a couple of days. I couldn’t reach him. Trying to get him to communicate felt like pulling teeth.

He sent a heavy "Hey" followed by, "are you somewhere you can talk?"

I picked up the phone and called him, silence on the other end.

I happened to be home for my Mum’s annual "Harvest Moon" bonfire when this all happened. I came downstairs after receiving his phone call to come eat dinner. I just remember staring at the plate of food, speechless. It was as if a bomb went off and everything was silent and I was definitely injured. Then I started crying..."but I love him". It was all that could come out.

He texted later that night, begging. "Please, I made a mistake."

So we tried. I made conditions to rebuild trust.

In a total rage, I threw every piece of furniture in our apartment at him (he’s a black belt by the way). I kicked him out, screamed at the top of my lungs. I got back inside. I had never prayed, but I legitimately had no idea what to do, I had nothing left. I didn’t even recognise the woman I was anymore. I fell onto my knees, sobbing.

God, please, tell me what to do.

They told me, "In 90 days, it’ll feel less like your heart is entirely caving in."

My friends sent books, they FaceTimed, but eventually, they stopped.

Mamamia’s award-winning podcast The Split discusses navigating separation and what to do when your relationship is over. Post continues below.

I decided to move to Brooklyn.

I didn’t know anyone and didn’t want anyone to know me. I burned my old life down, deleted all my social media, and stopped talking to our old friends and teachers who were with us until the end. It was just too painful, I had to let it all go. If I was honest, there was a part of me that knew I’d be ok. Maybe he needed them more. Breakups are weird.

I got really quiet. And still. I decided I would get to the absolute bottom of my loneliness.

Feel this thing all the way through.

It was as if every single heartbreak, rejection, and loss had snowballed into this pain.

I wanted to text him, call him. What if things were different?

What if under new circumstances, we could make it work?

What if I had changed now?

What if we’re soul mates and I never love the same again?

His mum called me from California — "What if you guys gave it another shot? Got another apartment in the city, maybe?" I didn’t have the mental energy to reason, explain to her so I settled with, "We wanted different things".

A couple of months later, I ran into his best friend in Union Square while I was reading by myself. "Marlon? You know we broke up right..?" "Yeah, I’m the one who packed up your entire apartment while he sobbed on the floor..."

During this time, I became obsessed with celery juice and vegetables. I lived in a Russian neighborhood and men would come up to me in the grocery store and say things. I’d say, "I don’t speak Russian." They’d translate, "You’re very beautiful." I received it and let it in.

I promised myself I would not stop loving men. I knew where that path led.

I did yoga every day, became the woman I always judged. I made a pact to follow the voice in me minute by minute; it was all I had. I took a lot of subway rides.

One day, I went to Central Park to sunbathe with the turtles and met an older woman and her golden retriever. She gave me life advice and her email. We still get together.

Then, I got on a plane and moved to Paris for three weeks, walked along the Seine, ripped baguettes and threw them in the water. I stayed next to the Louvre to watch the sunset and Eiffel Tower from my balcony. I went to mass at Notre Dame and did yoga in French.

France is such a wonderfully feminine country. When the feminine is hurt she needs a lot of space. I needed to be on another continent for a while.

When I made it back to Brooklyn, it was April. I was walking out of yoga, it was a sunny day and the thought popped into my head.

You know, I think I’d do it all again.

"I want you to come somewhere with me."

"I want to go get a 'Brooklyn' sweatshirt."

My one year living in Brooklyn anniversary had just passed.

I had been picturing this excursion for months. Celebrating the ups, downs, and grit required to live in this city.

To let this new man I just started dating into this part of my heart felt incredibly vulnerable.

We arrive and I try a couple of sweaters on. None of them are the 'ones'. No crew necks and only men’s sizes.

"Let’s go," I tell him. "So you’re not going to get anything?" he asks, confused. "Nah." I can’t help but remember what an old teacher of mine who used to say: "Desire is an exacting mistress. She doesn’t settle, a little to the left or right just won’t do."

He excitedly brings me toward a hipster looking taco shop and asks if I want to eat. We get inside and I’m standing looking at the menu, hungrier than I realise. There are four options and I can’t decide what I want. I notice him looking at me curiously.

I laugh, I do. He smiles and says, "Sir, we’ll take them all." It was actually a very vulnerable moment.

Yes, he bought me a bunch of tacos but really, he did more than that.

He recognised I have a big appetite and wanted to feed it. Literally and metaphorically. See, I want a lot in this life. My work is to stop acting like I don’t. Love, joy, play, intimacy, depth of experiences and connections. He witnessed me there; he signaled it was okay to be a hungry woman in his presence.

I can want a lot, and he wants to be of service to those things inside me. That’s when I knew, I found a good man.

The feminine is always testing. Are you safe? Will you use my power well? Are you a good investment if I put my time, love, attention here?

We get the tacos and talk about love, life, and travel. He tells me about an old girlfriend back home. I tell him about my ex and a dear friend I’m about to go visit.

A few days later, I’m heading to Chinatown to grab some herbs. It’s sunny and my new man pops up on my phone. He sent an Apple Music screenshot. 'Try and Love Again' by the Eagles.

He possesses this underrated, but truly wonderful quality where he doesn’t fill unnecessary silences. He communicates through pictures and music, and pulls me in when words aren’t what the moment wants.

Together, we exist on the plane of soft, slow, and subtle. It’s quite magical and I am a very happy and grateful woman. To be myself with him. It just took a lot of surrender.

Molly Godfrey is a trained desire and intimacy coach as well as an integrated mental health coach. She works with women 1:1 virtually all around the world to move from frustrated to free, helping them to identify and change their painful patterns around men and relationships. Find more at her website.