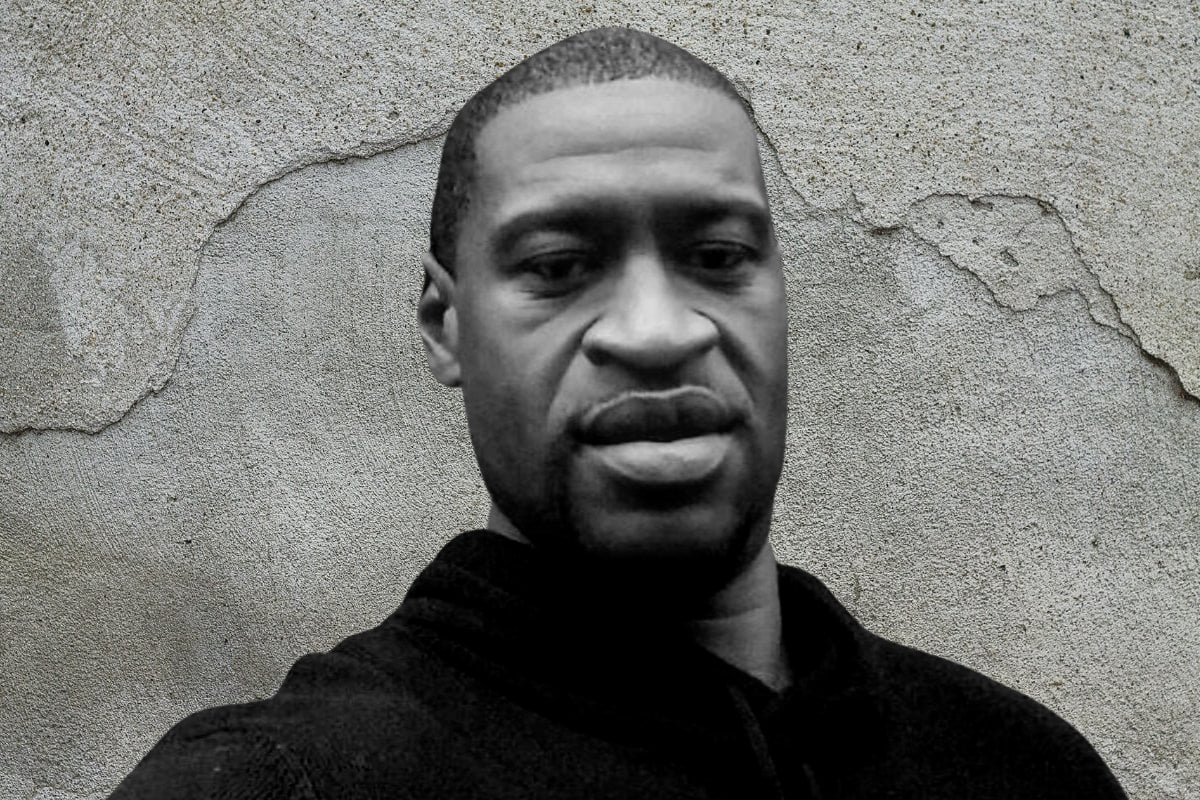 Chauvin, who pleaded not guilty in the trial, was found guilty of all three charges: second-degree unintentional murder, third-degree murder and second-degree manslaughter.

The jury, which was made up of seven women and five men, deliberated for 10 hours before reaching a verdict.

After the verdict was read, Chauvin was taken away from the courtroom in handcuffs. Following the conviction, Chauvin's bail was revoked, meaning he will await sentencing in custody.

Outside the courtroom, Floyd's girlfriend, Courteney Ross reacted to the news, remembering her partner as: "Funny and silly and prayerful and a man of God."

"He was out of this world," she added.

President Biden and VP Harris call the Floyd family after the GUILTY verdict! Thank you @POTUS & @VP for your support! We hope that we can count on you for the police reform we NEED in America! ✊🏾 pic.twitter.com/cg4V2D5tlI

"Today’s verdict goes far beyond this city and has significant implications for the country and even the world," the statement read.

"Painfully earned justice has arrived for George Floyd’s family and the community here in Minneapolis, but today’s verdict goes far beyond this city and has significant implications for the country and even the world.

"This case is a turning point in American history for accountability of law enforcement and sends a clear message we hope is heard clearly in every city and every state."

George Floyd died in the custody of Minneapolis police on May 25, 2020, after he was handcuffed for allegedly trying to use a fake $20 bill at a corner store. 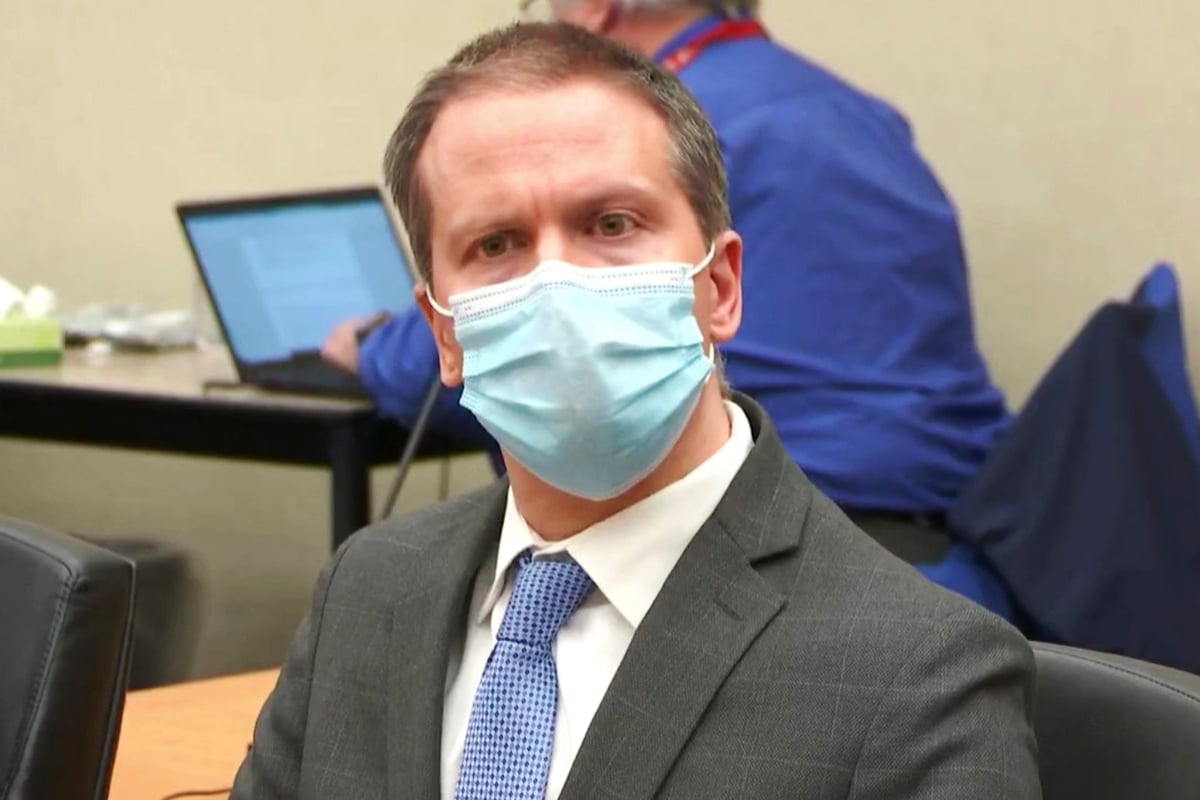 Derek Chauvin listens as the verdict is read. Image: AAP.

Chauvin pinned Floyd to the ground with a knee on his neck for nine minutes, as the unarmed man gasped for air and pleaded: "I can't breathe."

The 46-year-old's death triggered protests across the United States, after a video of the incident circulated online, placing renewed emphasis on racial justice issues around the world.

As we await sentencing in eight weeks, here are the key moments from the Derek Chauvin trial. 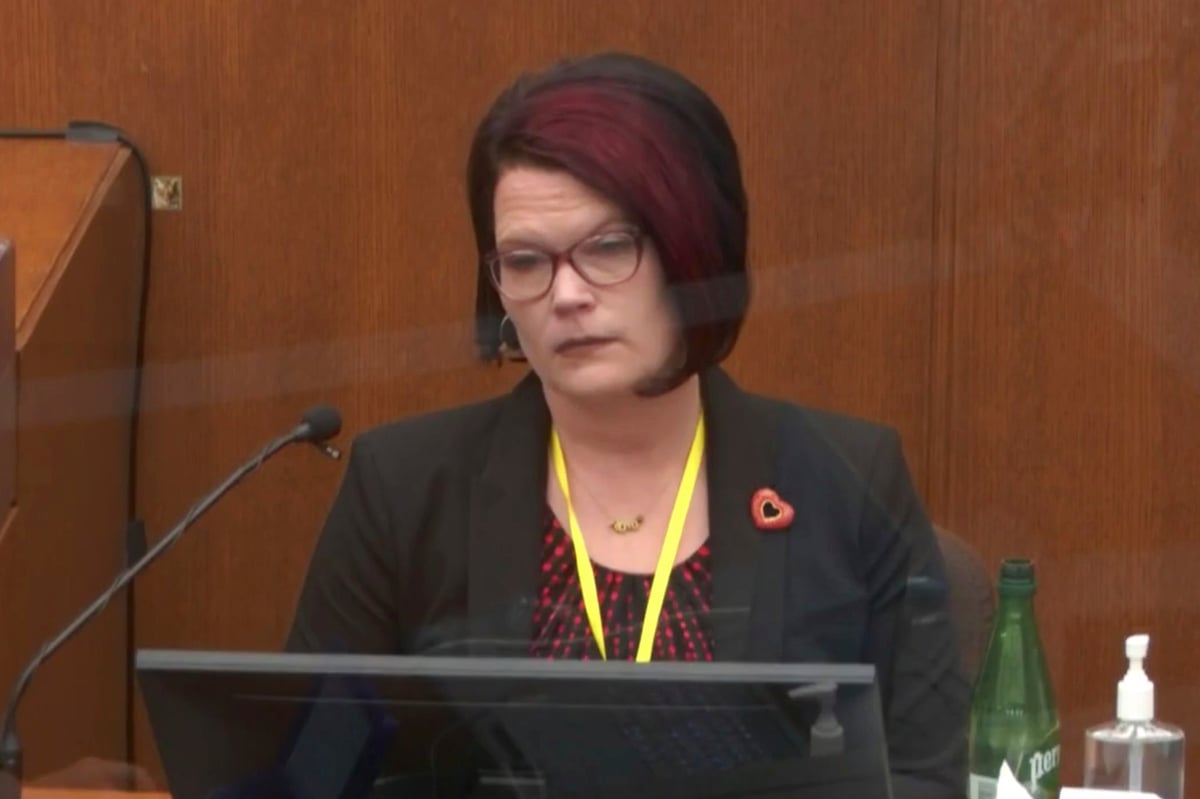 In the first week of the trial, the courtroom heard from Courteney Ross, who was Floyd’s girlfriend at the time of his death.

During her testimony, Ross recalled how they met in August 2017 at a Salvation Army homeless shelter, where Floyd worked as a security guard.

While waiting in the lobby to see the father of her son, tired after closing up the coffee shop where she worked, Floyd approached her.

He sensed she felt alone, and offered to pray with her.

The couple had their first kiss in the lobby that night and were together until his death.

Ross went on to explain Floyd's opioid addiction, sharing that they both took prescribed painkillers for their respective chronic pain condition and illegally obtained opioids after their prescriptions ran out.

They tried to stop using the drugs many times and sought out various treatments, she said, but they relapsed together as recently as March 2020.

"Our story, it’s a classic story of how many people get addicted to opioids," she said.

"We both struggled from chronic pain. Mine was in my neck and his was in his back.

"We got addicted and tried really hard to break that addiction many times." 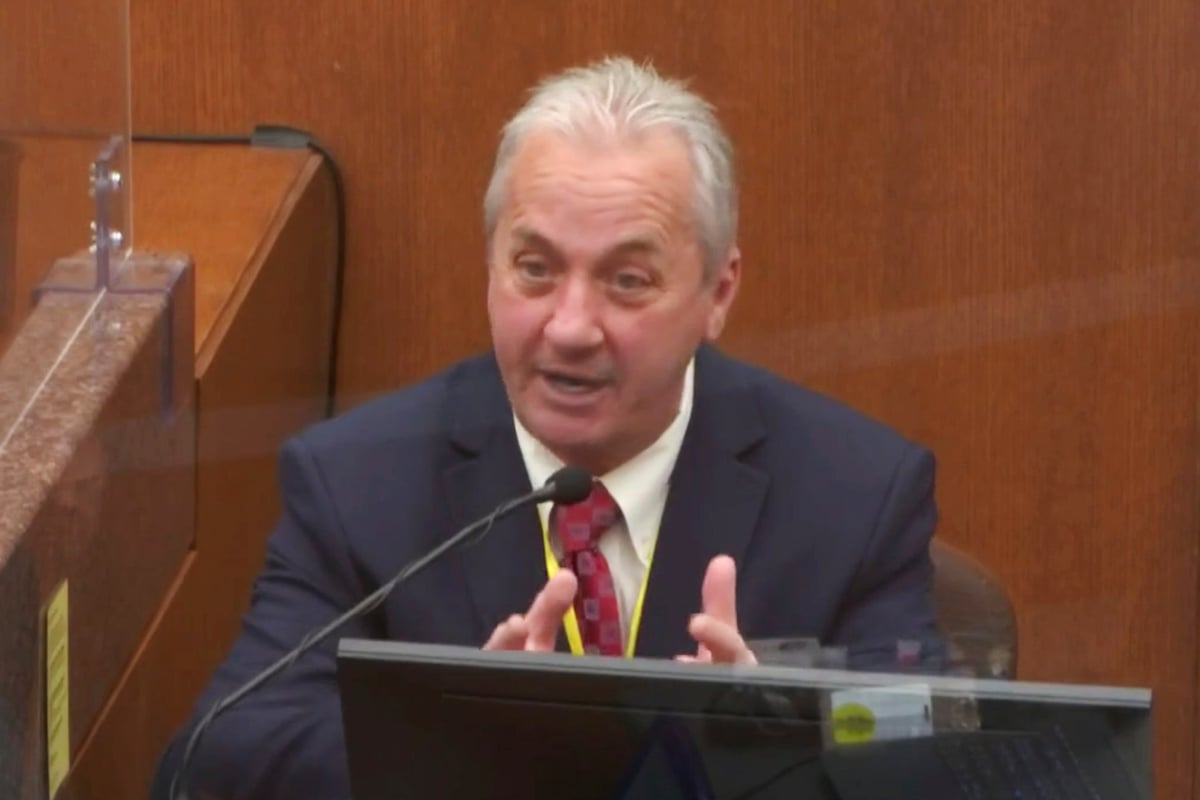 "If your knee is on a person's neck, that can kill them."

Prosecutors called Zimmerman to testify in part to undermine a central dispute in the case: Chauvin's assertion that he correctly followed his police training.

Zimmerman said officers were responsible for the care of anyone they arrested and are trained to give first aid to an injured or distressed detainee even if they know an ambulance is coming.

"Once a person is cuffed, the threat level goes down all the way," Zimmerman told the jury after prosecutors called him to testify.

"They're cuffed. How can they really hurt you, you know?" 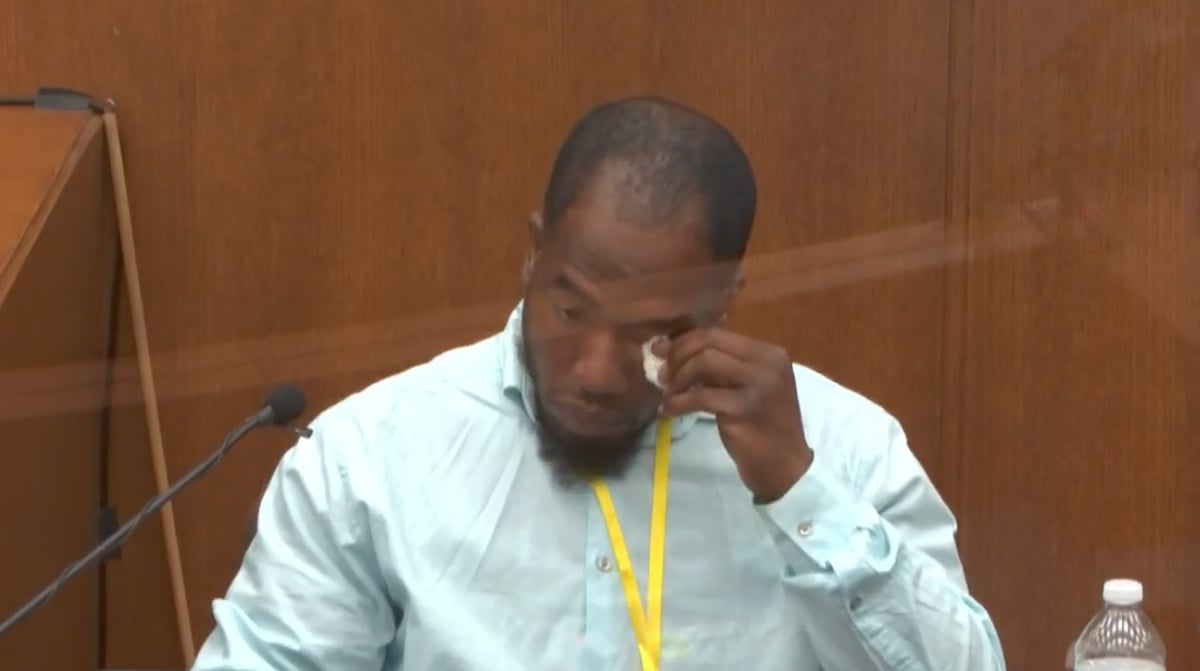 A man who was among the onlookers shouting at Minneapolis police to get off George Floyd last May testified that he dialled police after paramedics took Floyd away "because I believed I witnessed a murder".

Donald Williams, a former wrestler who said he was trained in mixed martial arts including chokeholds, said he watched Floyd "slowly fade away... like a fish in a bag".

Prosecutor Matthew Frank played back Williams' 911 call, on which he is heard identifying officer Derek Chauvin by his badge number and telling the dispatcher that Chauvin had been keeping his knee on Floyd's neck despite warnings that Floyd's life was in danger.

Williams can he heard yelling at the officers, "Y'all is murderers, bro!"

He said he yelled to the officer that he was cutting off Floyd's blood supply. Williams recalled that Floyd's voice grew thicker as his breathing became more laboured and he eventually stopped moving.

The teenager who filmed the video says "he didn't care."

Darnella Frazier filmed a video that convulsed a nation: a recording of a white police officer kneeling on the neck of George Floyd, a Black man dying in handcuffs on a Minneapolis street.

Months later, the 18-year-old found herself once again facing Derek Chauvin, whose face she made recognisable around the world.

The nearly 10-minute video she made and posted to her Facebook page led to the largest protest movement seen in decades in the United States, filling streets in cities across the country with demonstrations against racism and police brutality against Black people.

Frazier cried when prosecutors showed her a frame of her video, a moment when Chauvin, his knee on Floyd's neck, appears to look directly into her lens.

"He had this cold look, heartless," Frazier said, as Chauvin listened at a nearby table, taking notes in a yellow legal pad.

"He didn't care what we were saying, it didn't change anything he was doing."

Frazier was asked how producing the famous video of Floyd's death had changed her life.

She answered through tears that she did not wipe away, saying she would sometimes stay up late at night thinking of Floyd and apologising to him for "not saving his life".

After invoking his fifth amendment right, Derek Chauvin declined to testify in the trial.

"I will invoke my Fifth Amendment privilege today," he said, referring to the right to remain silent in fear of self-incrimination.

When asked whether he had made his decision alone, Chauvin responded: "No promises or threats, your honour."