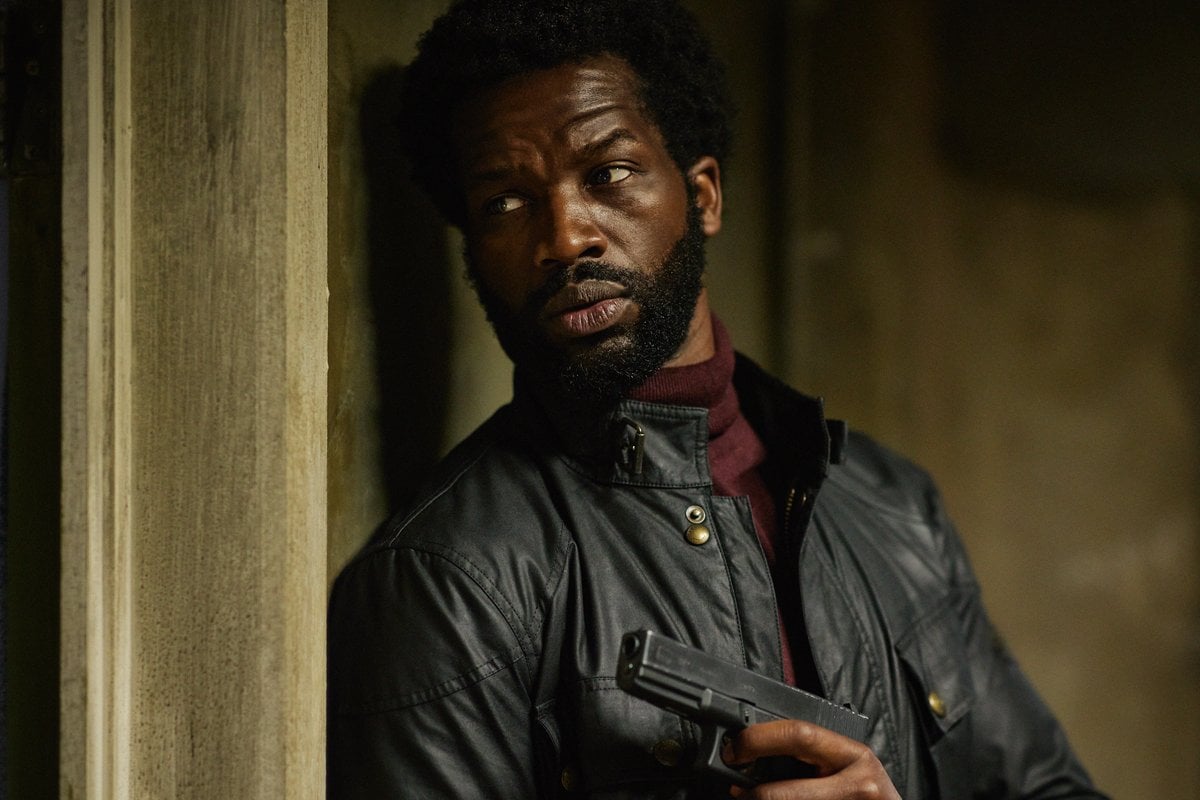 Gangs of London is gritty look at the volatile power struggles between rival gangs as they look to take control of modern-day London... and praise the lord, it's back for season two!

Stan has just dropped the second season trailer for the British action-crime drama series - and if it's anything to go by, you can expect a mega bingeing session, oh so soon.

In season one, we met the Wallace family as they dealt with the death of Finn Wallace, the commanding head of London's most crime group - and the vacuum of power that followed.

Finn's impulsive son, Sean takes his father's place with the help of the Dumani family, and the city is thrown into criminal turmoil.

Watch: The trailer for season two of Gangs of London. Post continues below.

In season two - set one year from where season one drops off - we see a gold rush threaten the city with gangland anarchy.

As 'The Investors' step in, a new gang leader is tasked with restoring the status quo.

"Do you think you know this world you're in?" he asks in the teaser.

"What does it feel like to be a king?"

We'll also meet Koba, played by Waleed Zuaiter; and Saba, portrayed by French rapper Jasmine Armando in her first TV role. Fady El-Sayed plays the role of Faz; Salem Kali is Basem; and the character Hakim is brought to life by Aymen Hamdouchi.

In 2021, Gangs of London won four BAFTA awards for photography and lighting, sound, editing and production design, so if you haven't caught the series just yet, you are in for a cinematic treat.

While the premiere date is yet to be announced, we can expect the series only on Stan, out on the same day as the U.K.