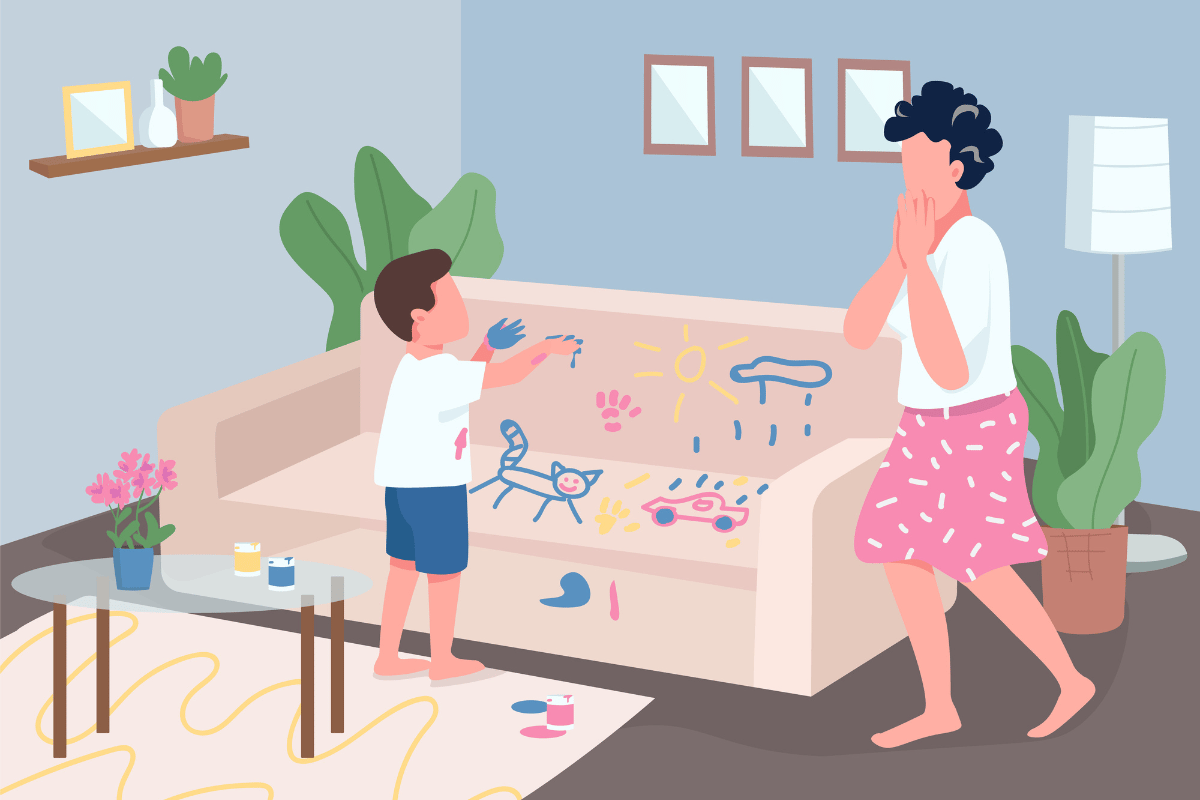 It's no secret that parenting can be quite the challenge.

As Ryan Reynolds said recently about parenting life with three young kids: "It really does vacillate between deep, beautiful connection and then suddenly it's the third act of Aliens. I'm having a totally normal conversation with the three-year-old and then she's spitting acid in my face and I'm running for the belly of the ship... it changes on a dime."

So, to add a bit of hilarity to the chaotic reality many parents are faced with, we asked 15 mums to share their funniest parenting moments.

"I found my child kissing a suitcase."

I found my five-year-old in my bedroom trying to make out with a suitcase. When I asked her what the hell she was doing, she simply said she was trying to get some practice under her belt so she would be ready when she kissed a boy later in life.

"We took her to a Wiggles concert... only for her to not give a sh*t."

My best friend and I both had daughters around the same age. We thought they would love it if we went to a very expensive Wiggles concert together as a group. One of the girls enjoyed it, but mine certainly did not. She couldn't have cared less. All she was interested in was the other girl's sparkly purple shoes.

Now at every birthday, my best friend has given my daughter a birthday card that is sparkly and purple. She's now in her teens and we still laugh about it.

"My child high-fived an iron."

It wasn't her finest moment, but our daughter thought our iron looked really pretty and shiny, so she decided to touch it and give it a high-five. It did not end well.

Listen to This Glorious Mess: The nailed and failed of parenting. Post continues after audio.

"He asked me where my penis was."

I was in the bath with my two-year-old son. While in the bath, he kept looking at my private part area, only to ask: 'Mummy, where has your doodle gone?' I was in hysterics.

"She invited her whole class to a non-existent birthday party."

My daughter Flora was seven at the time and had decided that for her eighth birthday, she wanted to go all out on the celebration. So without telling myself or her dad, Flora decided to invite her whole class (all 28 of them) to a birthday party at our place. She had organised the whole thing, invitations and all.

You can imagine our surprise when we started getting phone calls from other parents RSVPing to our daughter's non-existent birthday party.

We had already planned something, and definitely didn't want to look after 28 FREAKIN kids for a whole afternoon, so we had to sit her down and explain to her that next time she wanted to have a party, it's best to give us a heads up.

"My two-year-old chastised joggers running past us."

My toddler and I were sharing a lovely picnic together at our local park when a couple of male pro joggers were running past us. I was mortified when she yelled out, 'Yeah, you'd better run'. So embarrassing.

"They gave themselves some at-home haircuts."

With boredom at an all-time high one Saturday, my eldest dared my other two kids to cut their own hair. They happily obliged.

My daughter cut herself a very obviously self-given fringe and my son took the clippers to the front of his head and shaved a nice big track down the middle of his head. We of course took plenty of photos and I will never let either of them live it down. 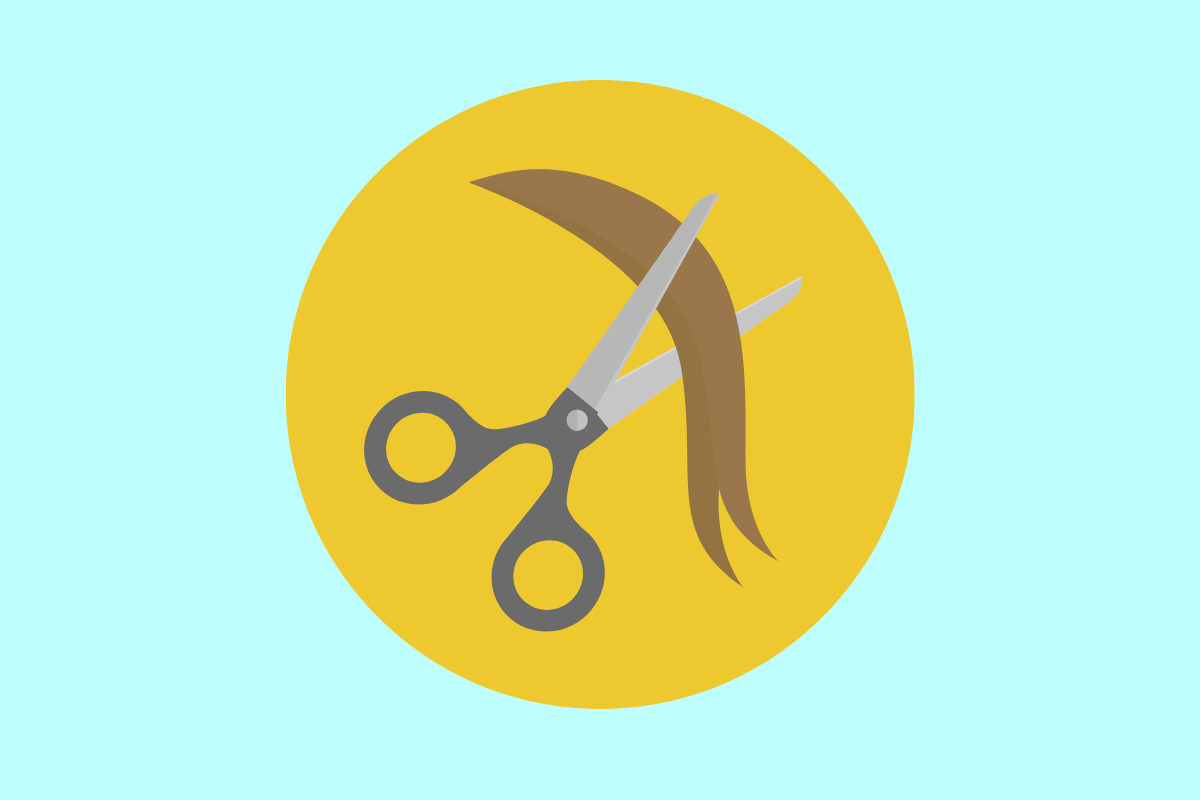 "She got mud on my white sheets... so she decided to paint over the sheets to try to fix it."

My daughter and her friend from daycare came over to our house for a weekend playdate. They were out in the backyard mucking around and making mud pies. They must have accidentally got mud on my white sheets - which were hanging from the clothesline - and freaked out.

In a bid to fix the brown patch of dirt on the sheets, they thought it best to PAINT over the sheets with some craft white paint. When I went to check on them and saw what had happened, all I could do was laugh. It was gold.

While my 11-year-old daughter was in the bath, she decided she needed to fart, but more came out than she had previously anticipated. She called out for our help, and we had to help her clean it up. At least we can laugh about it now!

"He decided to paint a mural on our lounge."

My son is ever the creative. When he was younger, he loved to paint and draw - which my then-husband and I were completely fine with. What we weren't fine with was when he used our playroom lounge as a canvas! Thank god it was a second-hand one that wasn't in the main living room area, but still, we weren't impressed.

When I confronted him and asked why the hell did you draw on the couch, he looked at me so innocently and said, 'I thought you would like my drawing'.

"She accidentally Ubered a pizza to our house."

My one-year-old is clearly talented at food delivery and ordering, because one morning while we were watching a cartoon, she was playing with my phone. I only discovered she had accidentally ordered a pizza delivery via Uber Eats when the person showed up at our doorstep at 9am.

"My toddler thought the handbag was a potty."

My toddler thought that a handbag sitting on the ground at a festival looked like a potty. I was busy feeding his younger sister and before I could stop him; he had weed in the bag. As in... someone else's bag. I gave the lady all the cash in my purse to replace it, apologised profusely and left!

"My son fell off the table and knocked his teeth out."

At the time it definitely wasn't funny, but we look back on it now and just shake our heads. My husband was looking after the kids - all four of them. He was feeding one of the younger ones when our son Toby decided it would be a great idea to try to do a backflip off our dining room table. It failed miserably.

He knocked out his baby teeth and needed surgery. Thankfully, he was okay other than that, but now at least he does have lovely teeth - we still tell him every time he goes out at night with his mates never to get on any tables.

"I sent my kids to school in pyjamas... on the wrong day."

The primary school that my two kids attend has a mufti pyjama-wearing day once a term. So on a Wednesday, I took them to school, and they were wearing their best flannelet pyjama sets.

I got a call 10 minutes later from both of them crying saying it was the wrong day. The pyjama-wearing day was Thursday. Oops.

"They had drawn lipstick all over themselves."

I came home from a hard day's work, only to find my kids running around the house, high on copious amounts of red cordial, all covered in my red lipstick - which they had clearly taken from my makeup bag. I then found our babysitter on her phone in the sitting room, oblivious to all that my kids had got up to that afternoon.

Do you have a funny parenting story? Share it in the comments!