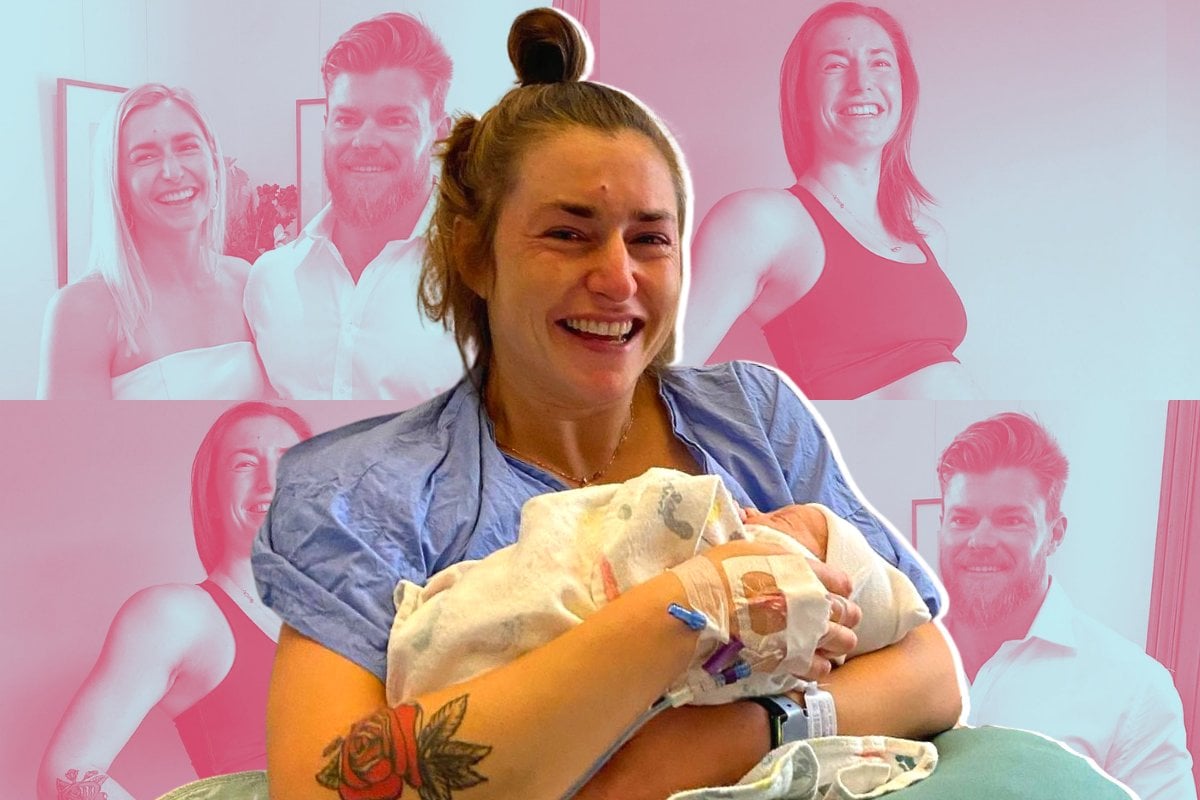 Tony Abbott's daughter, Frances Loch, has given birth to her first child with her husband Sam Loch.

The 30-year-old welcomed son Ernest Loch on July 11, with Sam announcing the birth on Instagram.

"Brought into existence by his mum with nothing but breathing, coconut water and heart."

On his Instagram story, Sam acknowledged their baby's name - Ernest - is unusual in 2021.

He shared a graph from baby name website Nameberry, which showed the sharp decline the name has had on the list of most popular boy's names since 1880.

"Not aiming for popularity," Sam wrote. 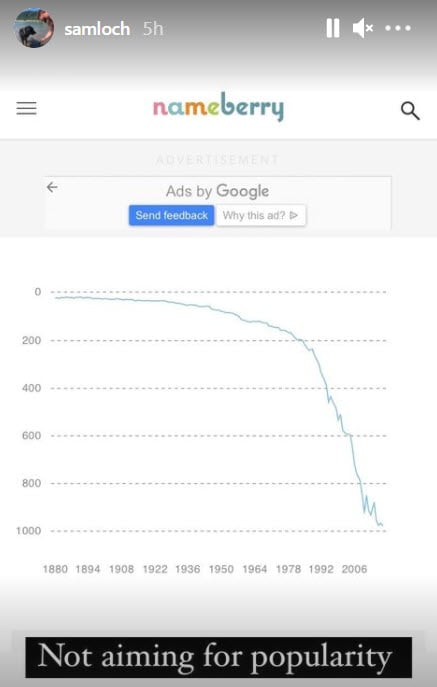 Frances announced they were expecting in January 2021.

As the daughter of Australia's 28th Prime Minister, this isn't the first time Frances has made headlines.

Here's everything we know about Frances Loch's life in the public eye.

Frances and Sam, 38, surprised everyone when they got engaged in 2017, just two weeks they first met.

Speaking to Stellar magazine that year, the fitness instructor explained she was introduced to Sam, a former Olympic rower, in mid-October after a friend suggested they would get along.

"Next thing he is standing in my lobby with a coffee," she told the publication. "As soon as I met him, I knew it was something special."

Two weeks later, Sam proposed. At the time, Frances was putting frozen peas in her freezer when Sam came up to her with a bottle of champagne in his hands.

"Everyone's like, 'Wow, this is really fast'," she told the publication. "But it feels so natural to me. His energy, it's so grounding. When I am around him, I am like, 'This is what it's meant to be like'. Life is short, and love is special, and sometimes you just need to follow your instincts."

Tony Abbott and his wife Margaret were also surprised to hear about the engagement.

"Mum was like, 'Frances, you are quite impulsive'," she said. "My family just want what’s best for me, as any family would with their daughter. They are cautious because of the time, but they know me."

Three months after getting engaged, Frances and Sam legally married at a registry on Valentine's Day in 2018. The couple shared the exciting news in a surprise Instagram post.

Congratulations to Sam and Frances Loch. When her heart is set on something, she sure goes for it!

Months later, the couple exchanged vows for a second time during an intimate ceremony at Palm Beach in front of their family and friends.

The pair, who now live in Portland, Oregon, celebrated their three-year wedding anniversary in April.

"Two weeks was all it took to know that forever with you was a mighty fine idea," Frances wrote on Instagram on their second anniversary.

Frances' relationship with her dad.

For the most part, Frances gets along well with her father, but there's one issue they certainly don't see eye to eye on - same sex marriage.

The 30-year-old was a vocal supporter of the same sex marriage campaign in 2017 and even appeared in an advert calling Australians to support marriage equality.

"You can't help who you fall in love with. Love just happens sometimes and it's unexpected and that's kind of what's the awesome thing about it," she said in the video released by the Equality Campaign.

"This is why it really just doesn't make sense to me that it's not allowed."

Frances later spoke about her father's views on same sex marriage during an interview with Stellar.

"It's really against what he learnt about. Dad tells a story about when he was at primary school and he got the cane for holding hands with one of his male school friends. He would have been five. When that happens when you are a child, I get why you think this way," she told the publication.

"I've been raised to love everybody, to look for the best in everybody. Which is kind of why I don't get [his view]. I will do the eye roll at Dad, like, 'OK, whatever'. I love him all the same."

Frances on the other hand, is forging her own path when it come to her political views.

"Politics is such a big thing in my family [but], to be honest, I find talking about it quite draining sometimes," she said.

"I am creating my own ideas and forging my own path. I will continue to disagree with [my parents] on many things, I am sure, and that's how they have raised me to be."

This article was originally published on January 11, 2021 and has been updated.