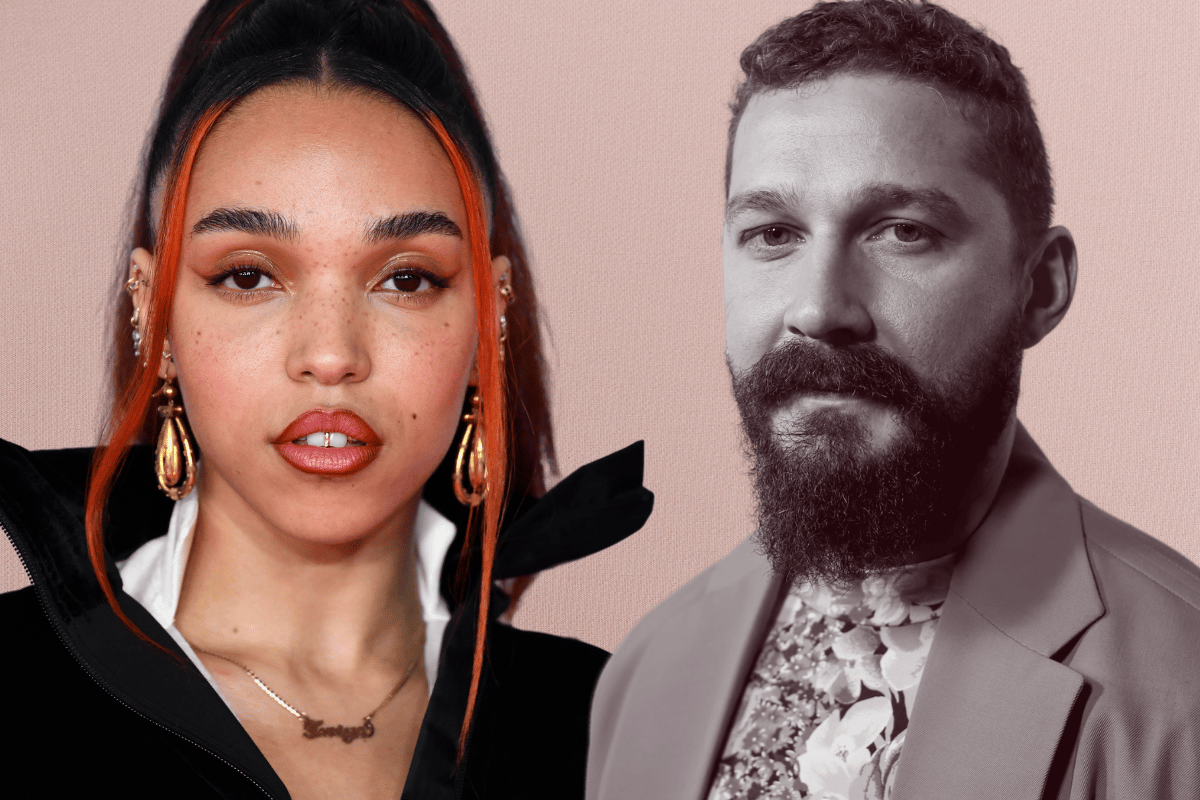 Warning: The following mentions domestic violence, which may be triggering for some readers.

In the lawsuit the 33-year-old accused the actor of "relentless" domestic violence and abuse during their nine-month relationship.

Now, two months later, the singer is done answering questions about why she didn't leave LaBeouf when the alleged abuse began.

This week, the singer appeared on CBS This Morning for her first television interview since filing the civil lawsuit.

During the interview, veteran journalist Gayle King asked her: "Why didn't you leave?"

"I think we have to stop asking that question," Twigs responded.

"I'm going to make a stance and say that I'm not going to answer that question anymore because the question should really be to the abuser: Why are you holding someone hostage?" she continued.

"People say, 'Oh it can't have been that bad, else she would have left.' And it's like no, it's because it was that bad, I couldn't leave."

According to the US National Coalition Against Domestic Violence, leaving an abuser is the most dangerous time for a victim of domestic violence.

“I’m not going to answer that question anymore because the question should really be to the abuser, why are you holding someone hostage?” pic.twitter.com/6gzXGKOiVJ

During the interview with King, the singer spoke in-depth about her relationship with LaBeouf. (The couple started dating in 2018 after meeting on the set of Honey Boy.)

"He would often just start having an argument with me in the middle of the night, start accusing me of doing all sorts of things, planning to leave him in my head," Twigs said. "He’d wake me up, tell me I was disgusting, that I was vile."

She continued: "But this is the thing – but I would really doubt myself. You know, especially when I’d, like, wake up and he’d be like, 'You were lying there with your eyes open, planning to leave me.' And I’d be like, 'I literally was asleep.'"

The musician also spoke to King about the former couple's "disturbing trip" to Palm Springs for Valentine's Day in 2019.

On their way back to Los Angeles after the trip, Twigs alleged that LaBeouf nearly "killed them both".

"[He was] speeding down the motorway and saying that if I said I didn’t love him and if I was going to leave him, he would smash the car to the side of a wall," she recalled.

Eventually, LaBeouf reportedly pulled over to a petrol station.

"He picked me up, threw me against the car and started strangling me," Twigs claimed. "That’s when I realised I need help to get out of this relationship."

She also alleged that LaBeouf forced her to sleep naked.

"He would only want me to sleep naked because he said if I didn’t, I was keeping myself from him," she alleged.

"It’s this tactic that a lot of abusers use, it’s just this constant availability and everything’s centred around them."

Earlier this week, the 33-year-old was featured on the front cover of Elle Magazine.

In a cover interview with the publication, Twigs spoke about LaBeouf's alleged "calculated, systematic, tricky, and mazelike" tactics.

"It’s a miracle I came out alive," she said, adding that her escape from the relationship was down to "pure luck".

The 'Two Weeks' singer claimed LaBeouf alienated her from her friends and family during their relationship. On one occasion, LaBeouf heard Twigs laughing with a friend over FaceTime, which led the pair to have a "massive argument".

"What I went through with my abuser is, hands down, the worst thing [I’ve experienced] in the whole of my life. Recovering has been the hardest thing I’ve ever tried to do."

The interviews come after Twigs filed a civil lawsuit against her former partner in the Los Angeles Superior Court in December 2020.

According to Variety, the suit alleged LaBeouf attempted to choke her while she was sleeping, knowingly infected her with a sexually transmitted disease and that he threatened to use personal text messages and information to embarrass her.

In December, The New York Times reported the lawsuit also contained allegations by another of LaBeouf's former partners, stylist Karolyn Pho, that he "drunkenly pinned her to a bed and head-butted her, enough that she bled".

In a statement published by The New York Times, LaBeouf said while "many of these allegations are not true" he owed the women "the opportunity to air their statements publicly and accept accountability for those things I have done".

He added he was "a sober member of a 12-step program" and in therapy.

"I’m not in any position to tell anyone how my behaviour made them feel. I have no excuses for my alcoholism or aggression, only rationalisations. I have been abusive to myself and everyone around me for years. I have a history of hurting the people closest to me. I’m ashamed of that history and am sorry to those I hurt. There is nothing else I can really say."

Speaking to The New York Times, Twigs shared she didn't go to the police out of fear that she wouldn't be believed.

i hope that by sharing my experience i can truly help others feel like they are not alone and shed some light on how those who are worried somebody they care about may be in an abusive relationship can help because i understand it can be confusing and hard to know what to do.

In a series of tweets, she added, "I have decided it’s important for me to talk about it and try to help people understand that, when you are under the coercive control of an abuser or in an intimate partner violent relationship, leaving doesn’t feel like a safe or achievable option.

"I hope that by sharing my experience, I can truly help others feel like they are not alone."

After sharing her experience in December, Australian singer Sia expressed her support for Twigs via Twitter and aired her own allegations about LaBeouf, who starred in her 2015 'Elastic Heart' music video.

"I too have been emotionally hurt by Shia, a pathological liar who conned me into an adulterous relationship claiming to be single," she wrote.

"I believe he's very sick and have compassion for him AND his victims."