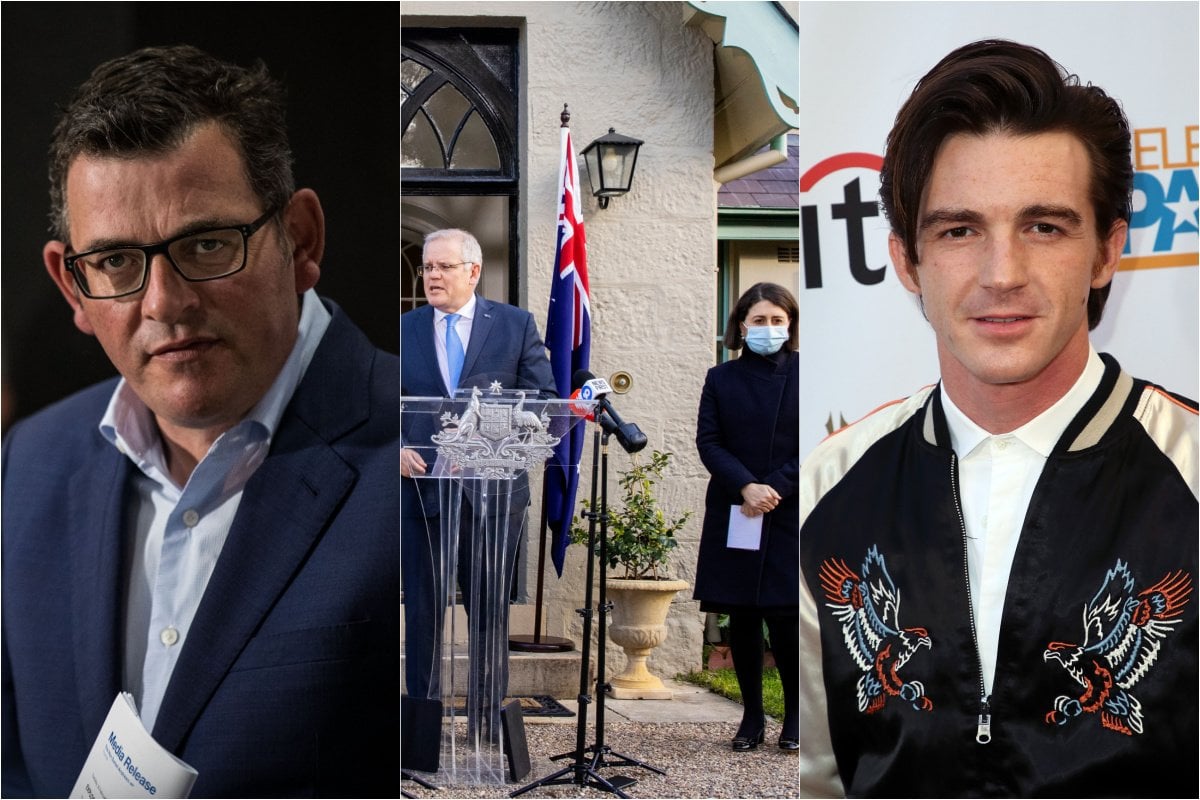 Scott Morrison has revamped federal support for states enduring long lockdowns, saying it is in the national interest to be more generous.

The Sydney lockdown is expected to be extended into its fourth week on Friday as cases head towards 800 since mid-June, including two deaths.

The support package "will go for as long as the lockdown requires", the prime minister said on Tuesday.

"It is in the national interest that we ensure that a lockdown will be effective."

A cashflow boost to businesses about to enter their fourth week of lockdown will cost $500 million a week from next week.

The federal government will share the cash flow support burden 50/50 with the NSW government.

"It gives us that freedom and gives everybody that breather to be able to follow the health advice and to try to get out of the lockdown as quickly as we can," NSW Premier Gladys Berejiklian said.

The support package will cut out when the Sydney lockdown ends, but sets up a national framework that will be applied to other states and territories who suffer a subsequent long outbreak.

Victoria has accused the Federal Government of being biased, only coming to the table with big money for locked down residents now it's Sydney and NSW in the firing line.

"Everyone in Australia believes that people in Sydney and NSW deserve every possible support as they battle a second wave and a long lockdown," a statement from the Victorian government read.

"But Victorians are rightly sick and tired of having to beg for every scrap of support from the Federal Government.

"It shouldn't take a crisis in Sydney for the Prime Minister to take action but we are seeing the same double standard time and time again."

The increase in workers' payments kicks in once a lockdown exceeds 21 days.

NSW Premier Gladys Berejiklian said the support would give people a "breather" to follow the health advice.

Most of Tuesday's new cases were in the city's southwest, while 20 were in the southeast or inner city. A man aged in his 70s from Sydney's eastern suburbs became the second death in the latest outbreak and took the national death toll to 912 since the pandemic began.

Despite a drop in new virus cases - from 112 the previous day to 89 on Tuesday - NSW's premier has warned she may further extend Greater Sydney's lockdown.https://t.co/uAJ4S6fQoo

A construction worker who had the virus while working in Goulburn - about 200km from his home in Sydney - has prompted new restrictions for essential workers.

Anyone performing essential work who lives or works in the Fairfield local government area must be tested every three days, while anyone from Greater Sydney travelling to the regions for work must be tested weekly.

Workers must carry proof of their last negative test, such as an SMS.

The NSW government is expected to extend the lockdown on Wednesday, with health authorities desperate to see the number of cases out in the community plummet.

New virus case in Vic, as an entire apartment block sent into lockdown.

Victoria has recorded one new coronavirus case - a member of a family of four, who live in the local government area of Hume and recently returned from NSW on red zone permits.

Two of the family members were announced as positive coronavirus cases on Monday but were included in Tuesday's daily COVID-19 figures.

Meanwhile, more than 150 people at an apartment complex in Melbourne's northwest are in lockdown after a group of infectious removalists from NSW visited the site.

A Maribyrnong apartment complex is in lockdown and Victoria has announced another new Covid case, as the exposure site list grew overnight. https://t.co/yzbMTpIOKM

Ariele Apartments on Thomas Holmes Street in Maribyrnong was listed as a tier-one exposure site overnight.

Anyone who entered the complex between Friday to Monday must also get tested and isolate until they test negative for COVID-19.

Queensland has recorded three new COVID-19 cases and listed new exposure sites on the Sunshine Coast as the state government opts to keep the NSW border open for now.

Premier Annastacia Palaszczuk says there's no concern about the three new cases, one in hotel quarantine and two in home quarantine.

The two in home quarantine are locally acquired and related to the Greek community centre cluster in Brisbane.

The premier says it's too early to make a call on the NSW border with no new locally acquired cases or COVID-19 positive sewage testing detected close to Queensland.

She says the Sydney outbreak will be reviewed on a day-to-day basis and the border situation could change at any time.

Melbourne-based millionaire, Jeremy Young, has been exposed as one of four people who illegally sailed from Sydney to Brisbane on a superyacht and lied on their border pass so they could attend a rugby match.

A Melbourne-based millionaire has been exposed as one of the four yachties who sailed from Sydney to Brisbane and lied on their border pass to attend a rugby test match.

A Catholic priest has been found guilty of numerous historical abuse charges including three counts of sex with young boys.

Anthony William Peter Caruana, 79, was convicted of 25 charges relating to 12 victims after jurors in his Sydney trial were deliberating for nearly 10 days.

They will return to the NSW District Court on Wednesday to continue deciding on a majority verdict for the remaining two counts.

The former boarding housemaster is accused of abusing male students while he was a school teacher, rugby coach, and conductor at Chevalier College, south of Sydney in the 1980s.

Over a six-week trial, the jury heard evidence that one of his 14-year-old victims was attacked while in the band storage room cleaning instruments.

The teacher grabbed his hand and forced it down his pants, another time saying words to the effect of "God will love you if you do what I say" and "you're pleasing a man of God".

Child star of Drake & Josh and The Amanda Show, Drake Bell, has been sentenced to two years' probation and 200 hours of community service after he pleaded guilty to attempted child endangerment and disseminating matter harmful to juveniles.

The sentence stems from an incident where he sent inappropriate messages to a 15-year-old girl in 2017, when he was 31.

His victim, now 19, addressed the court on Monday claiming he began grooming her online when she was 12 with their conversations turning sexual when she was 15.

Appearing by Zoom, Bell said that he accepted the plea because his conduct was wrong.

"I have taken this matter very, very seriously, and again I just want to apologise to her and anyone else who may have been affected by my actions," he told the court.

- A fire at a hospital housing coronavirus patients in Iraq has killed 92 people.

- Indonesia has reported a record increase of coronavirus infections with 47,899 new cases and 864 deaths on Tuesday.

- Customers at indoor restaurants, bars and cafes in Greece will have to prove they've had the vaccine against COVID or tested negative within the last three days.

Reply
Upvote
Victoria is quite right but it’s because he is in bed with Glady, metaphorically speaking, they are so transparent.
C
cat 10 months ago

Reply
Upvote
1 upvotes
@gypsy actually he refused support to NSW as well. They only turned around when Gladys said that NSW would roll out the entire 10b package without them, at which point Scomo and JoFry realised they may as well just hand the next federal election to Labor. They're so desperate to be the 'back in black' government they have to be coerced into helping anyone.
G
gypsy 10 months ago

Reply
Upvote
@cat  Yes I know what you are saying but I felt at the time that Daniel Andrews was sailing alone I really felt sorry for him. NSW is lucky financially atm. due to stamp duty on real estate.  Morrison isn’t fair and he doesn’t hide the fact. I worry about who is at the  helm,  god help us if he is returned. You are right,  the re election is all they are motivated by, I hope people see through it.
News
General
Opinion
True Crime
Politics
Sport
Explainer
Entertainment
Celebrity
Reality TV
Movies
TV
Books
Rogue
Royal
Lifestyle
Beauty
Fashion
Weddings
Home
Wellness
Health
Fitness
Travel
Food
Parents
Before The Bump
Pregnancy
Baby
Kids
Teens
School
Parent Opinion
Work & Money
Money
Finance
Career
Lady Startup
Relationships
Sex
Dating
Separation
Friendship
Family
Real Life
Couples