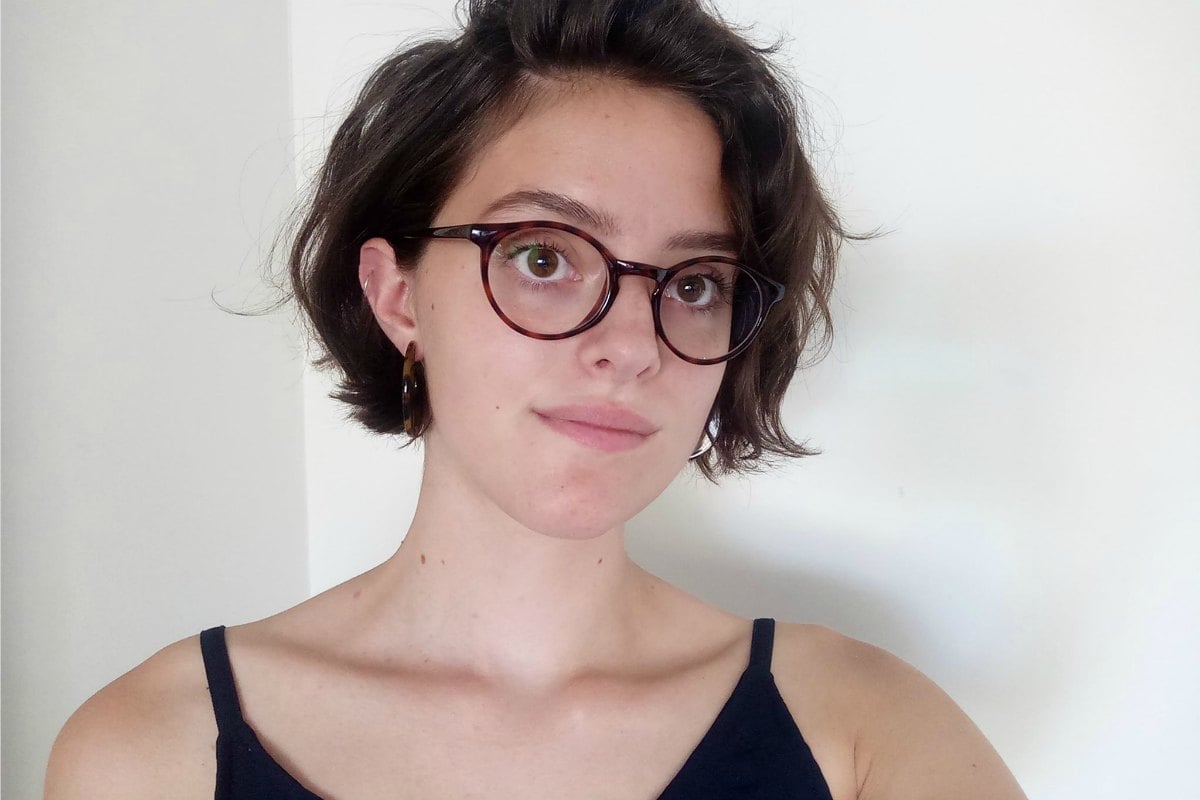 It was late on a weekend, painfully prying wax from my bikini line, that I finally gave in and admitted to myself that I was bad, like really bad, at this whole ‘woman’ thing.

I was raised in a predominately female family (single mother, two older sisters, nosy grandmother, cliché, etc. etc.). So, I should have, by twenty at least, mastered the ways of (basic) womanhood. I had all the right pieces of the puzzle: two perfectly blonde sisters who mercilessly mocked 12-year-old me for a steadily advancing brown mono-brow, a dodgy 50-something-year-old ‘beautician’ (I use that word loosely, she operated out of a back room of her suburban home) who waxed my mum’s face while giving me hair advice, and a well-meaning grandmother who constantly asked my chubby PCOS hormone-imbalanced sister what diet she was on that week.

And yet, by 20 I still wasn’t able to follow basic instructions on the back of a box of Easy Gel Wax strips (note: the use of ‘easy’ by this company should be a case for consumer law, really). I set myself up on my bedroom floor, not wanting to alert my housemates by spending that long in the bathroom with no water sounds, and only the echo of Arrested Development playing from my laptop.

From the Ancient Egyptians to now. This is the hair history of pubic hair.

It started easily enough, I peeled back what was essentially two pieces of baking paper to find a rectangle-shaped patch of what I assume to be some kind of glue/silly putty hybrid on either side of the paper. I then placed said mixture/cooking tool onto my intimate areas as the box instructed, then attempted to pull, and… nothing. And then I tried again, and… nothing. By this stage, tears were appearing in my eyes faster than they had in those of the boy who tried to finger me for the first time, failed, and then finally stopped jamming his whole hand towards my intimate area when I said, “I’m sorry, I don’t think this is going to work”.

See, this whole hair thing has been a big deal, since, well forever. I was about 11 when I first produced a few stragglers in my underarms, and upon innocently stretching up my arms in front of the family, got them pulled straight back down again by my very concerned mother. ‘Oh no, we’ll have to take care of that’, she whispered. She let me pick out my own razor from the womanly isle of Woollies I’d had no use for up until the day before, and we never spoke about my hair situation again. In truth, the hair didn’t bother me. It felt no different, it didn’t stop me from doing the things I enjoyed at age 11, like doing flips on the monkey bars until I felt sick and watching Lord of the Rings with my best friends on weekends, exclusively to pause it and swoon when Orlando Bloom came on screen.

In truth, my hair growth never bothered me until it bothered somebody else. My sisters were only the first in a long line of women to give me unsolicited advice on hair growth and control measures. And then came the teenage boys, who at thirteen in our science class pretended to be doing a survey and asked me if I ‘shaved or trimmed’. I didn’t know what either of those things meant. Sure, I shaved my legs by then (my mother let me do it earlier than my sisters, because I was a brunette, and therefore my hair was more ‘obvious’). But by the way these mini douchebags were smirking I had an inkling of an idea that they were referring to what a box of wax strips, years later, would come to call as my ‘intimate area.’

After that was a brief period where I believed that to be an independent, strong feminist, I had to give up shaving entirely. I lost my virginity at seventeen, and by 20, all six men I’d slept with up until then had admitted that I was the only girl they’d seen naked who had actual real pubic hair (I define ‘real pubic hair’ by at least having more than a neat little ‘landing strip’ down the centre). Let that sink in. These mostly sexually-experienced young adult men had never seen a hairy vag. Until mine.

While I had been going natural for a while (not for any feminist reason, mostly because I’m useless and lazy and my boyfriend is a decent enough human being to not say anything about it), the promise of silky, sexy privates reeled me in. I went to Big W for moth balls and shampoo, but I left with my new ticket to womanhood. Fast-forward to an hour or so later, after having already tried scrubbing the gel off in the shower, naked and crying on my bedroom floor, calling my sister. Eliza, makeup genius at aged fifteen, has and always will be better at this stuff then me. She shamefully walked me through rubbing coconut oil on my vag (correction ‘intimate area’), until the gel gave up on me and I gave up on being silky-smooth any time soon.

Barely old enough to call myself one, I have already cycled through so many definitions of what being a ‘woman’ is. So, come-one, come-all, this is me officially giving up, because my god, just being a functioning person is hard enough.

Adelaide studies Anthropology and Criminology at University of Melbourne. She is an aspiring writer, academic, and real, true 'woman'.

I've started removing my pubic hair at 15. I was virgin until 22. I did it entirely for myself because I had really heavy periods and hated the added issues it created. Five years ago I had laser hair removal and love the results. Coincidentally, my husband would prefer I had a little hair down there but he doesn't get a say!

My mother - about 60 then - had a female doctor gasp and comment in surprise at the presence of her (sparse & trimmed) public hair during a routine appointment. Totally unprofessional, but you'd think a doctor would understand the basics on biology. This doctor was close to my mother's age too.