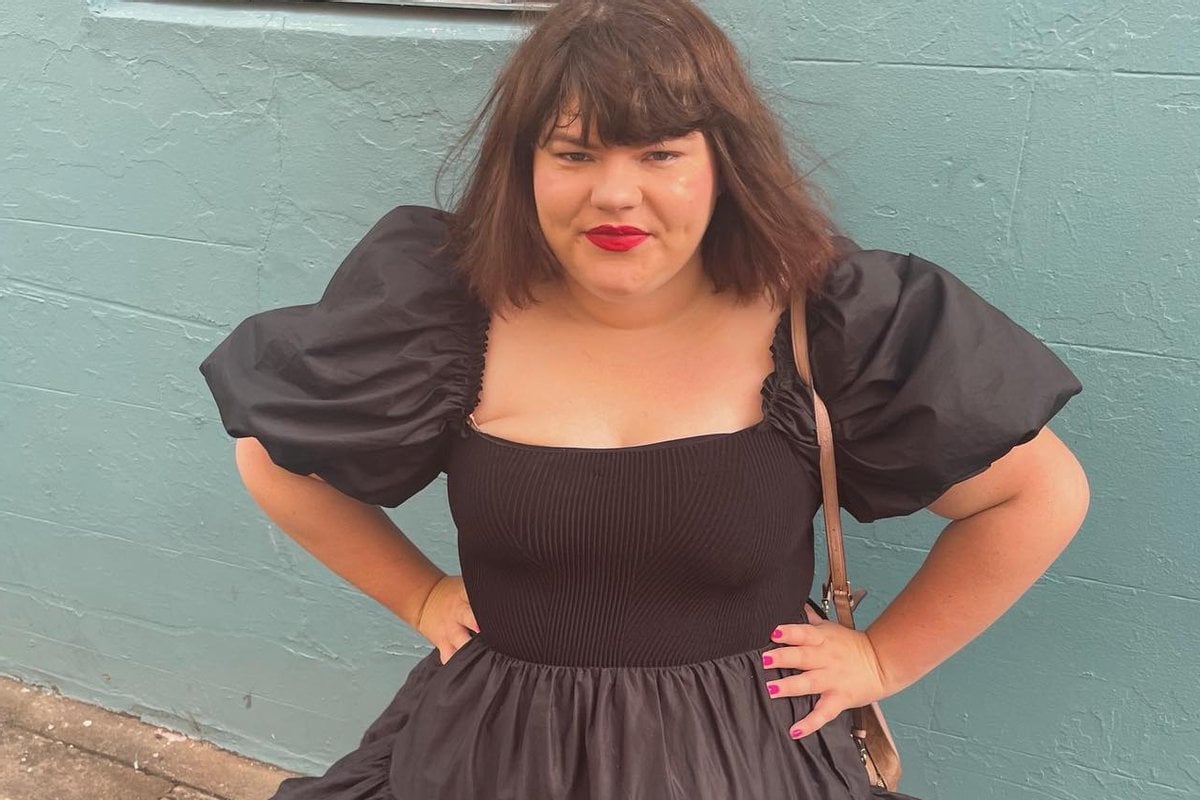 Those were the words said to me just after I’d finished having sex with a man for the first time. Pillow talk had been replaced with body-shaming.

No Nicholas Sparks book had prepared me for this scenario. It took a minute for his words to truly sink in.

It was one of those moments when my brain had to process it because it seemed ridiculous. How could someone say something like that? Particularly after he’d just been inside of me, I mean, rude doesn’t even cover it.

Once the words did hit me, I felt embarrassed and angry at the same time. I pulled the sheet up to cover my body, although I already felt far too exposed.

Finally, I calmly asked him to leave.

I was torn between wanting to yell at him and wanting to cry, so I settled for calm and cold.

He was confused when I asked him to go. He told me that I was overreacting and suggested that I was getting angry to have the upper hand in the relationship going forward.

In the days that followed, he even asked when he would see me again - as if his words were something I could just get over.

Now look, I’ve dated long enough to have encountered men that make themselves feel big by making me feel small, but this one really stung.

He hadn’t just undermined me, he’d shamed me. I went through all the questions. Was there something wrong with my body? Should I try to lose weight? Was my weight stopping me from reaching peak hotness?

I had to remind myself that I was enough at any size and that my value and hotness can’t be measured by the size of my jeans.

The only thing that needed to change was his behaviour towards women. Still, I was worried this was the price I was paying for dating as a plus-size woman.

It’s not easy trying to live your best Carrie Bradshaw life in a fatphobic society.

Dating is hard enough without worrying about being body shamed.

Going on a date with someone is a strong signal that you find them attractive. Why would he lure me into a false sense of security? And would this continue to be a reoccurring problem? Was this just something else I was up against as a plus-size woman?

My mind was racing with scenarios where this could happen again, and even if intellectually I knew it was wrong, emotionally could I keep recovering from it?

However, when I opened up to my non-plus-size friends about it, they had similar stories of being body-shamed after sleeping with men.

No, it wasn’t weight-based, but their bodies had been criticised, and they’d been left feeling vulnerable and unattractive.

Honestly, while it was alarming to realise my experience wasn’t uncommon, it has made me realise that what happened to me wasn’t actually about me; it was about him and, more broadly, about men.

The ugly truth is that plenty of men try to exert power in a relationship by shaming and belittling the person they are dating or sleeping with, and yes, that means sometimes they’ll body shame you.

See, I made the mistake of trying to rationalise it; I was looking for a reason why he’d say those words specifically to me, without realising it had nothing to do with me.

Even though I felt I understood it more, it still took me a little while to date again, because I needed to make sure I was in a place where I wasn’t desperately on the hunt for validation.

I needed to sit with the experience for a little bit and move past it on my own.

So, I spent a few months listening to Lizzo, buying underwear that made me feel sexy, and being kind to myself.

I let my confidence rebuild naturally and I didn’t try to get another man to fix it for me.

Of course, eventually, I did date again and I’m happy to report that I haven’t had to deal with that since, but once is more than enough.

Now, I won’t pretend being body-shamed after sex was somehow a blessing in disguise. It wasn’t; it hurt my feelings, and it took me a while to feel confident again.

But what I did learn was when someone puts you down, it always says everything about them and nothing about you.