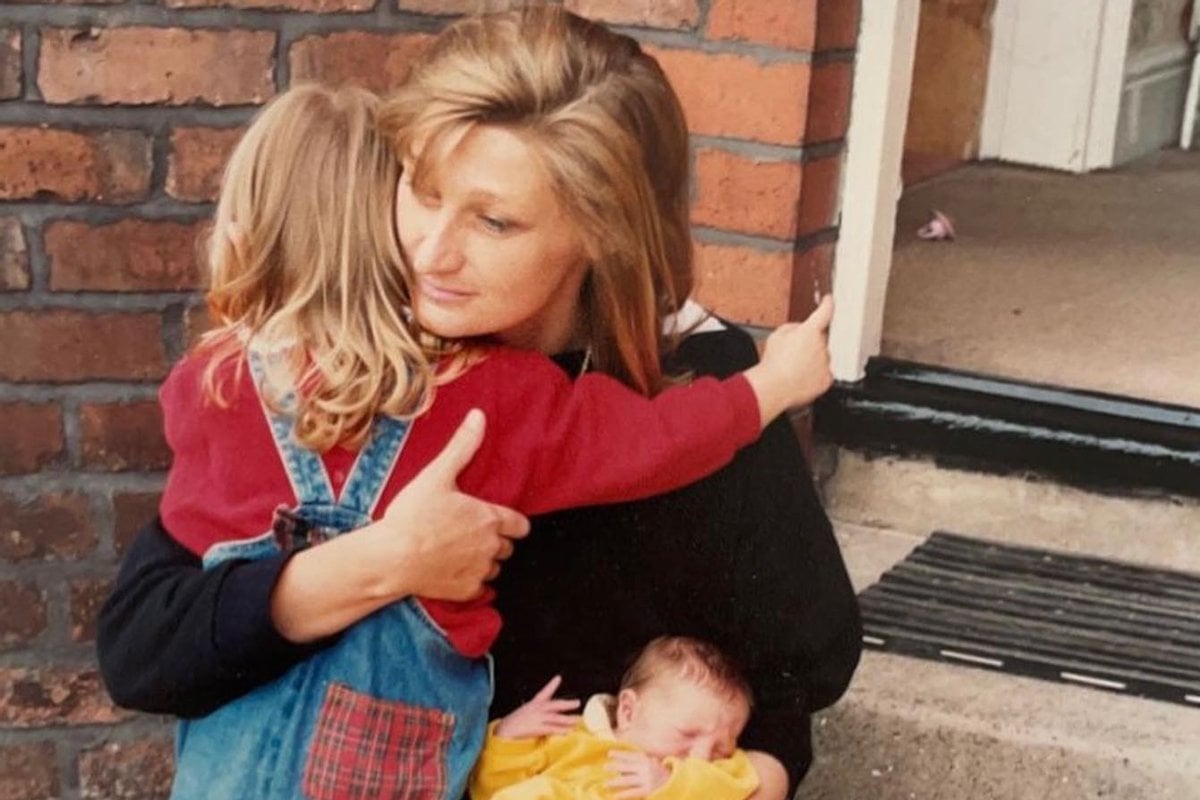 I consider my grief to be a journey. One that I must learn to evolve with as I enter each new chapter in my life.

Eleven years ago, when I was 18, my mum passed away unexpectedly of pneumonia.

However, I hadn’t seen her since I was 16 because our relationship had deteriorated due to her mental health.

To be honest, I felt hurt and neglected.

Mental health wasn’t talked about much at the time, so I put her behaviour down to the fact that she didn’t love me, rather than it being the result of an illness.

So, when she did pass away, life didn’t drastically change because her absence had become somewhat normal.

A few months later I moved to university, and it was the perfect opportunity to forget what had just happened and as a result, I mentioned her name to very few. Yet I found each anniversary became more difficult to cope with because my unresolved, confused and bottled-up grief rose to the surface.

I felt angry, sad and guilty but simultaneously longed for her. I would sit with this anxiety for days but then let it pass and forget about her until the next anniversary came around.

As time went by, I felt more lost, confused and without purpose.

I felt anxious about making decisions, always worried about things going wrong and struggled with being single.

The toxic dating app culture only made me feel more alone and neglected and that’s when I became depressed. Yet it was within this darkness that I really began to face my grief and unravel the trauma I had experienced. I analysed every detail of what happened to my mum, but it became overwhelming.

Some months went by, and I’d had enough. I needed to pull myself out of depression. I wanted to inject some fun and adventure back into my life, so I moved 10,000 miles away to Sydney, Australia. I know, right. It seems a bit drastic, but discovery became my recovery.

I threw myself into expat life, approaching opportunities with a ‘yes’ attitude and was surrounded by plenty of others who were also on a new journey. Of course, the weather helped a lot too because every day felt like a holiday.

I found I was mentioning my mum to a lot more people than I would have done previously, but I still found it hard to talk about.

As her 10th anniversary neared, I realised I needed to change. So, I posted on Facebook groups to find others like me, who had lost their mum at a young age. And that’s when my healing journey really began.

Another six months went by, and I then took it one step further, in the form of my podcast ‘Not So Linear’. I realised I’d lacked any kind of community or content in my grief journey and therefore wanted to create it myself, knowing how many others I could help. I wanted to normalise conversations around grief, and help people feel less alone in their experience.

In each episode I interview someone on how they’ve navigated life after loss. Season Two, which is released next week, includes an episode on heartbreak, with Mamamia’s very own Jessie Stephens.

The biggest thing I have learnt about my grief is that I let it overtake me. So, 10 years on, I re-wrote the story, and I took control back.

As my journey is set to continue, I am apprehensive about how I will cope if one day I become a Motherless Mother, having to navigate a new and undeniably difficult chapter. I often question whether I’d be a good mum. Will I know what to do? Will my grief hit me in new ways I’ve never felt before?

Then I stop and realise, I have survived my 20s as a Motherless Daughter, which has shaped me in to a resilient, independent and outgoing person.

So why would I not continue to thrive?

You can listen to Tasmin Millard's podcast 'Not So Linear' right here.

S
sophie p a month ago

Reply
Upvote
To anyone dealing with the same, I encourage people to eventually deal with your issues. Be it therapy, hobbies or friendships.
Getting into bad habits is something I still have to fight to be free of and it will last a long time.
S
sophie p a month ago

Reply
Upvote
(2/2)But I suspect I'll always carry what happened with me in some way. Being a Motherless daughter who's mother died before 18 (or at it) hits different If you saw death, even more so. The amount of things you miss out on that everyone takes for granted are infinite.
As for me, for many reasons I don't plan on marriage or kids. My health & grief is too great (mental & physical health not good) & would be made worse if I did. As well as negatively affect those potential people.