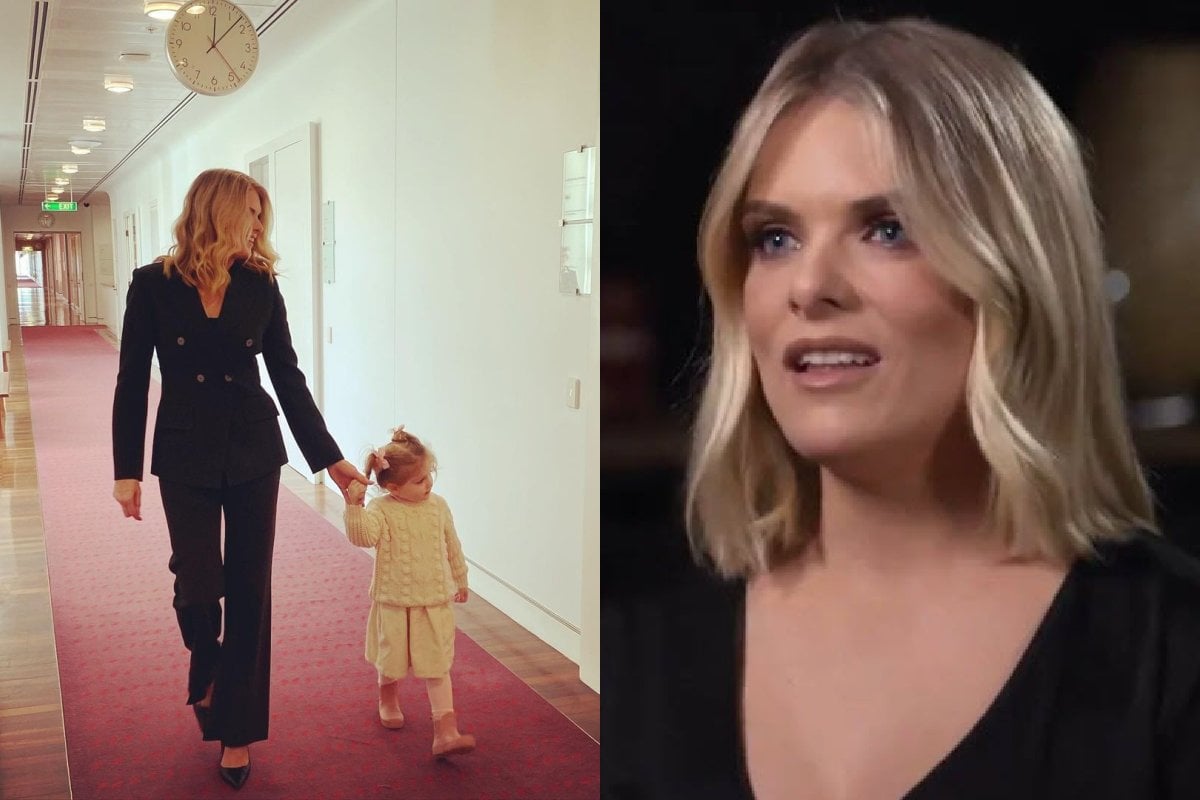 After months of petitioning to change legislation around online abuse, the bill was officially passed in Federal parliament.

"This new legislation will ensure the laws that exist in real life will now exist online. It will help keep our children safer - and every Australian adult," Molan wrote on social media.

"It will help hold perpetrators to account - remove their anonymity and create genuine real life deterrents. It will force big social media companies to act."

She thanked everyone who had supported her in this fight.

"I took my daughter into Parliament House with me when this bill was introduced last week because I wanted to be able to tell her one day she was there when something really special happened," she wrote.

"When Australia did something important before anywhere else in the world. This will save lives. Thank you."

The impacts of cyber abuse and trolling are far-reaching, and Molan certainly knows that personally.

For more than a decade, she put up with the abuse that came from her job as a rugby league presenter.

She'd just cop it. Even the grossly gendered, misogynistic stuff.

"Every single one was either that I was a woman, that I was ugly, that I looked like a slut, that I'd never played the game, that I belong in the kitchen," Molan told 60 Minutes in December 2020.

"About different footballers that I've had dalliances with, about bosses at Channel Nine that I must have slept with. It's just vile."

Molan said she isn't a "snowflake".

"The other tens of thousands of Australians who are abused online are not snowflakes. I'm so sick of this victim shaming bullshit."

There was a "stload of stuff" she would accept, but other things she would not.

When not working you can pretty much find me here the whole time... and I’m not upset about it 😍😍😍

Molan's breaking point came after she received an extremely disturbing message while pregnant with her two-year-old daughter Eliza.

"I WISH YOU A F***ING STILL BORN, AND YOU DIE IN THE PROCESS. HIP HIP HOORAY," the message said.

Molan said receiving a message like that "really, really hurts" and sent her to "some pretty dark places", particularly given her older sister's experience.

"I have an older sister who had a stillbirth, carried a beautiful little girl to full term, Emily," she said.

"And to watch her bury her child and stand up with a little coffin and say, mummy loves you and she's so sorry.

"To sit there and watch my sister go through that, meant that my pregnancy was fairly anxious throughout. So to start to receive messages of that nature, really impacted me." 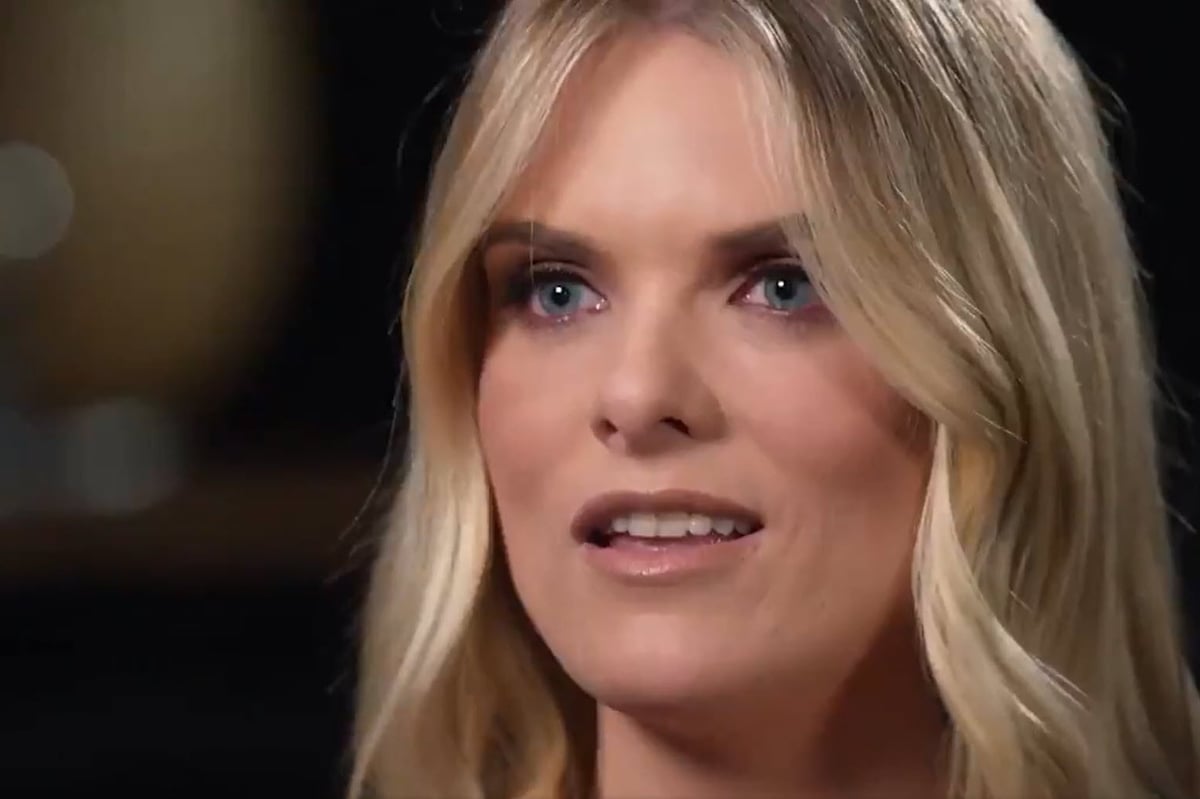 Days later, Molan and her fiance were asleep when they heard a loud noise. It was around 2am.

Thankfully, the bang was just a shelf that had fallen off the wall, but it was after that moment that Molan realised she could no longer put up with this level of trolling.

She went to the police, and after the troll sent more and more messages from various fake accounts, the man behind them all - a father of young girls - was charged. He received a suspended sentence.

The man behind the campaign targeting Erin, himself a father of young girls, was eventually charged by police, although he only received a suspended sentence for his behaviour. #60Mins pic.twitter.com/PqWO56uhIw

Molan told 60 Minutes she had previously reported the messages to Facebook, but the social media site did not deem the messages offensive.

She said a change in laws could make trolls think twice before they post online.

"You need to change the entire conversation, the entire narrative and say, 'Hey Johnny, if you’re going to troll, do you care about going to jail for three years?'" she said.

"Do you care about your kids seeing this in five years time, that their dad was an arsehole and bullied someone to the point where they nearly took their own lives? Do you care about that, Johnny?'

Thank you to the Prime Minister @scottmorrisonmp and Communications Minister Paul Fletcher for their time this morning. I know how valuable it is particularly during the current climate. Thanks also to Dad @jimmolan for his ongoing support in this space. This issue does matter. The laws that protect Australians offline need to be reflected online. Every Australian is vulnerable to online attacks - even if they themselves are not online. This issue impacts every Australian, every parent, every single person. New legislation is required to protect our children. To protect all of us. Enough of the focus on ‘coping mechanisms for victims’ and more of a focus on ‘punishments for perpetrators’. The strongest possible deterrent is required - right now there are close to zero consequences for abuse/bullying/threatening/lying online. Being online is no longer a choice - it’s how we live. The time is now for the legislation to catch up with the technology. I thank the Government for their commitment to cleaning up the online space. Suicide is the number 1 killer of Australians between 14 and 44 years old. Victims of online attacks are twice as likely to take their own lives. Lifeline 131114 Xx 📸 @adamtaylorphoto1 🙏

Perpetrators can be whacked with fines and jail terms.

A complaints mechanism will support people who don't want to go to the police or through the courts.

The bill also provides a rapid website-blocking power during an online crisis event, such as the 2019 live-streamed terrorist attacks in Christchurch, New Zealand, that saw regulators helpless while footage went global.

New penalties and powers will take away anonymity from predators on dating sites, internet gambling and private messaging.

The laws build on Carly's Law passed four years ago to protect children from online predators, which focused on social media.

Sonya Ryan, whose 15-year-old daughter Carly was murdered more than a decade ago, says the law needs to keep up with constantly evolving apps and online services, and provide for rapid help.

This article was originally published on October 12, 2020, and has been updated.

C
caring mother a year ago

Reply
Upvote
You are a beautiful, brave and an amazing role model Erin Molan.
T
therealjg a year ago

Reply
Upvote
So many people online with WAY too much time on their hands, filled with insecurities of their own and who feel emboldened to make such vile comments in the safety of their own home whilst in front of their computer, or on their phone. Hopefully this will make them think twice. Thank you, Erin!
News
General
Opinion
True Crime
Politics
Sport
Explainer
Entertainment
Celebrity
Reality TV
Movies
TV
Books
Rogue
Royal
Lifestyle
Beauty
Fashion
Weddings
Home
Wellness
Health
Fitness
Travel
Food
Parents
Before The Bump
Pregnancy
Baby
Kids
Teens
School
Parent Opinion
Work & Money
Money
Finance
Career
Lady Startup
Relationships
Sex
Dating
Separation
Friendship
Family
Real Life
Couples