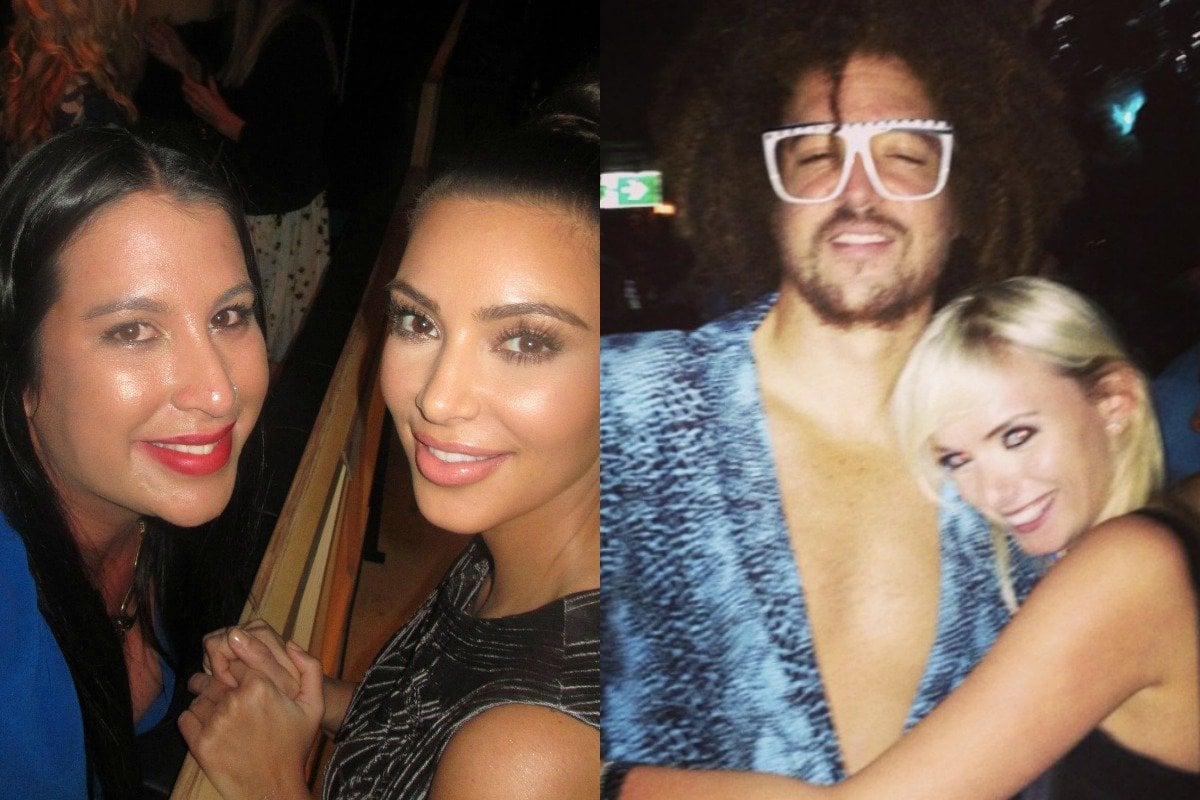 We all have a celebrity story.

That one time, we met that famous person and lost our mind.

Occasionally we actually meet them, but most of the time, they're in the same room, breathing the same air as us, and that's enough to claim that we've met them. Right?

Well, today we asked 17 women (and one man) about the most famous person they met and what happened when they did. And some lucky buggers, have more than one great story.

Do have a read.

But first, here's what celebrities got up to during isolation. Post continues below.

"I rambled and told her how Khloé tweeted me on my birthday and I screamed so loud everyone thought there was a proposal in my pod." - Nicolle. 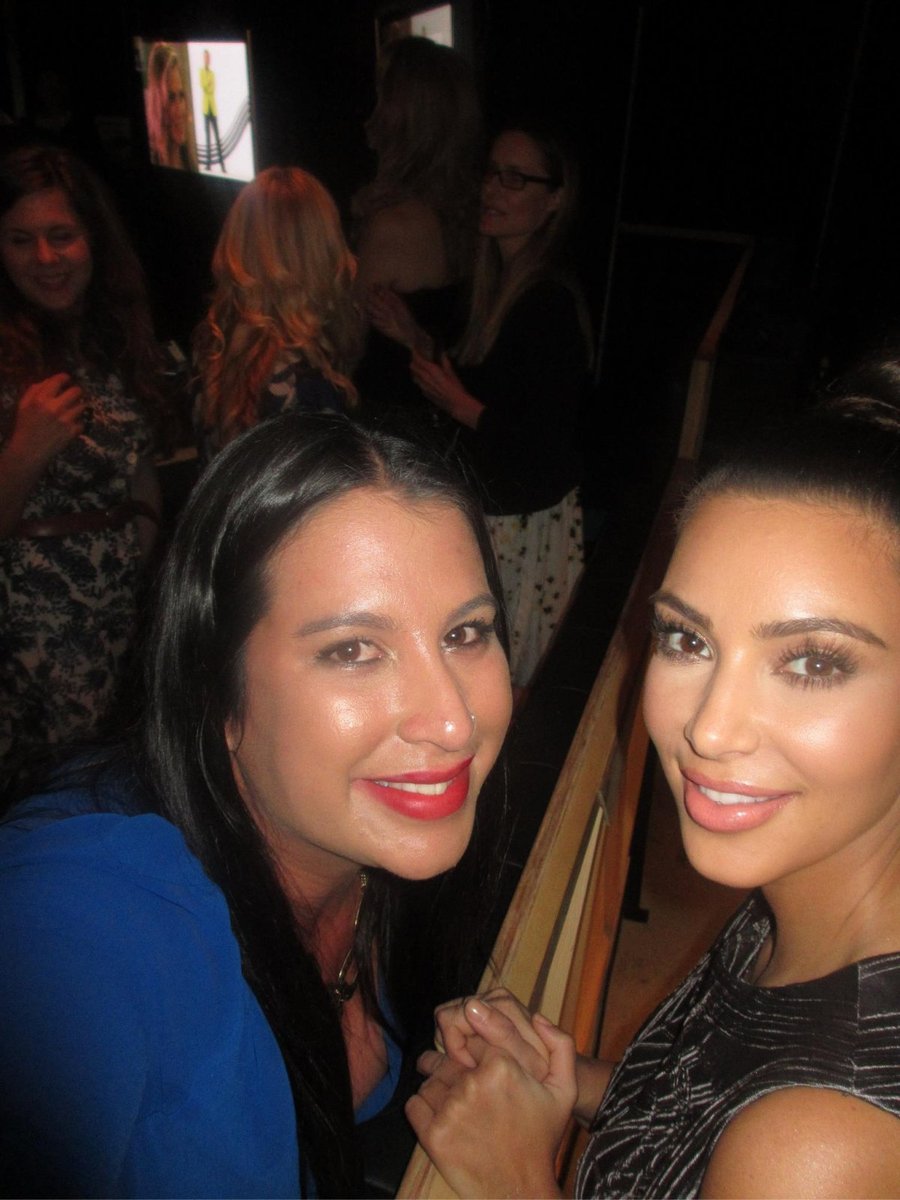 "I locked eyes with Aaron Taylor Johnson at a chicken stand at a farmer's market in LA, his wife and kids were there. They were having a chat to Daniel Kaluuya from Get Out which I absolutely eavesdropped on." - Tamara.

"When I worked in Camden, one of my team got engaged so we went to the pub for celebratory drinks. Amy Winehouse walked in, asked what we were celebrating and admired my friend's ring." - Polly.

"A career highlight was interviewing Zac Efron. I'm obsessed with him and was so excited, but for some reason it didn't occur to me that because the interview was being filmed on proper cameras, I should put powder on my face. I didn't and now I look back and cringe because my face is WET. This is why people on TV wear proper makeup. Anywho, Zac Efron looked me straight in the eye the whole time and was so engaging and polite. He's more beautiful in real life and he makes you feel like the only person in the room." - Clare.

"I will claim it. We got upgraded to the most amazing seats at her concert because my friend got trampled in the moshpit, and as she came off stage and greeted everyone in the crowd... SHE TOUCHED MY HAND." - Nicolle.

"I met Meghan and Harry when they came to visit Australia a few years ago. It was only a handshake and a brief chat but they gave everyone their time, looked people in the eye, shook their hands and were really patient." - Clare.

"I was at a club in Sydney back in 2014, and all of a sudden a security guard taps me on the shoulder and points to Redfoo. Redfoo was motioning for me and the friend I was with to join him in his booth. We went over and said hi, and then he gave me his phone and told me to put my number in it. I think he saved it as 'Blondie'. He didn't really... talk... so we got bored after a while and went elsewhere. He also never messaged me. Lol." - Jessie. 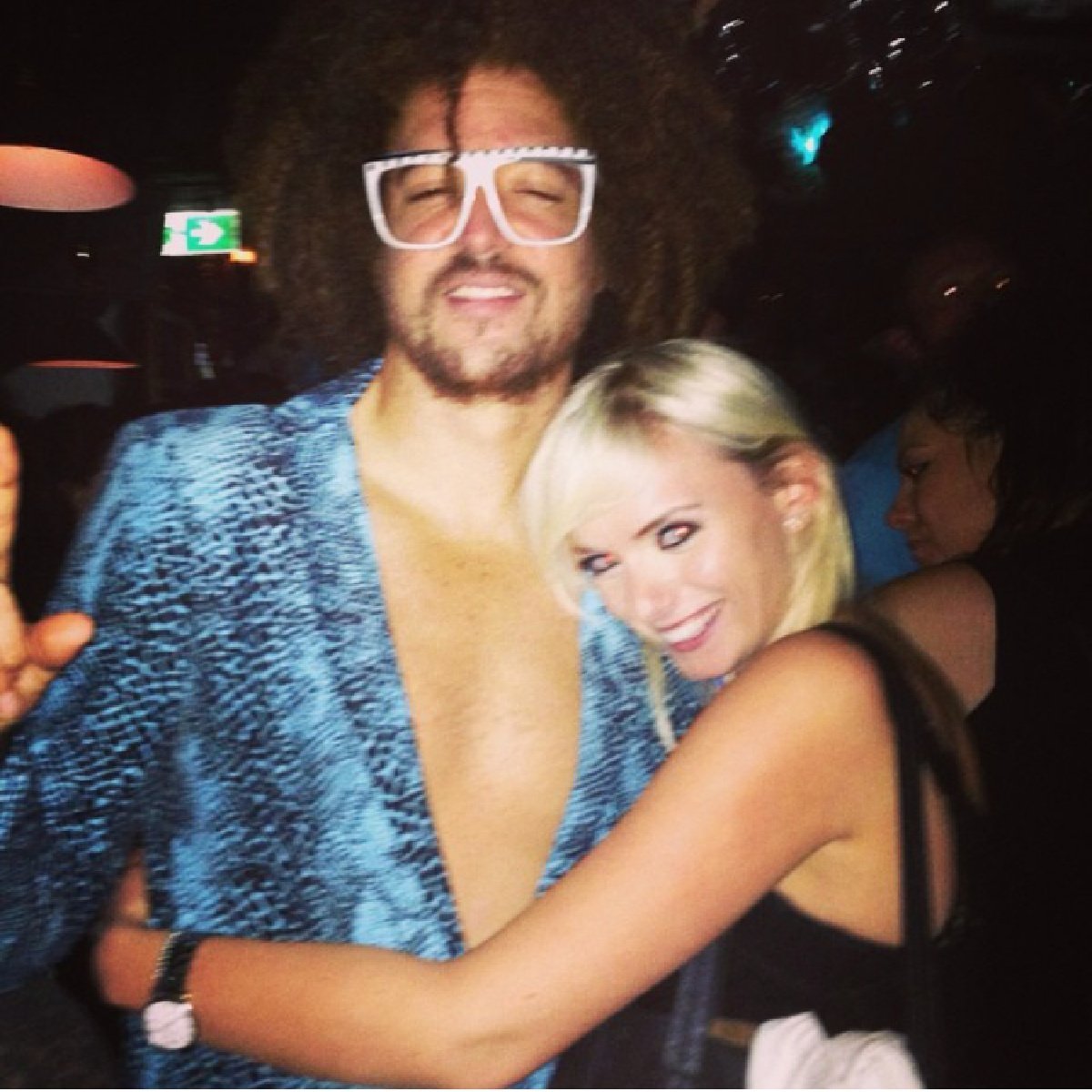 "I met Idris Elba in a cafe in London. I asked for a photo and he said no because he was sleepy. Then I looked sad, so he said ok then and we had a photo." - Polly.

"I met Chris Hemsworth when I was on Lord Howe Island last week. He said 'hey' in his deep sexy voice and then I rode off on my bike." - Eleanor.

"I was walking around Circular Quay when I noticed a guy with great hair and a massive bodyguard next to him. Realising it was Shawn Mendes I walked up to him and he was super sweet and open to taking a photo. He was very polite and normal!" - Madison. 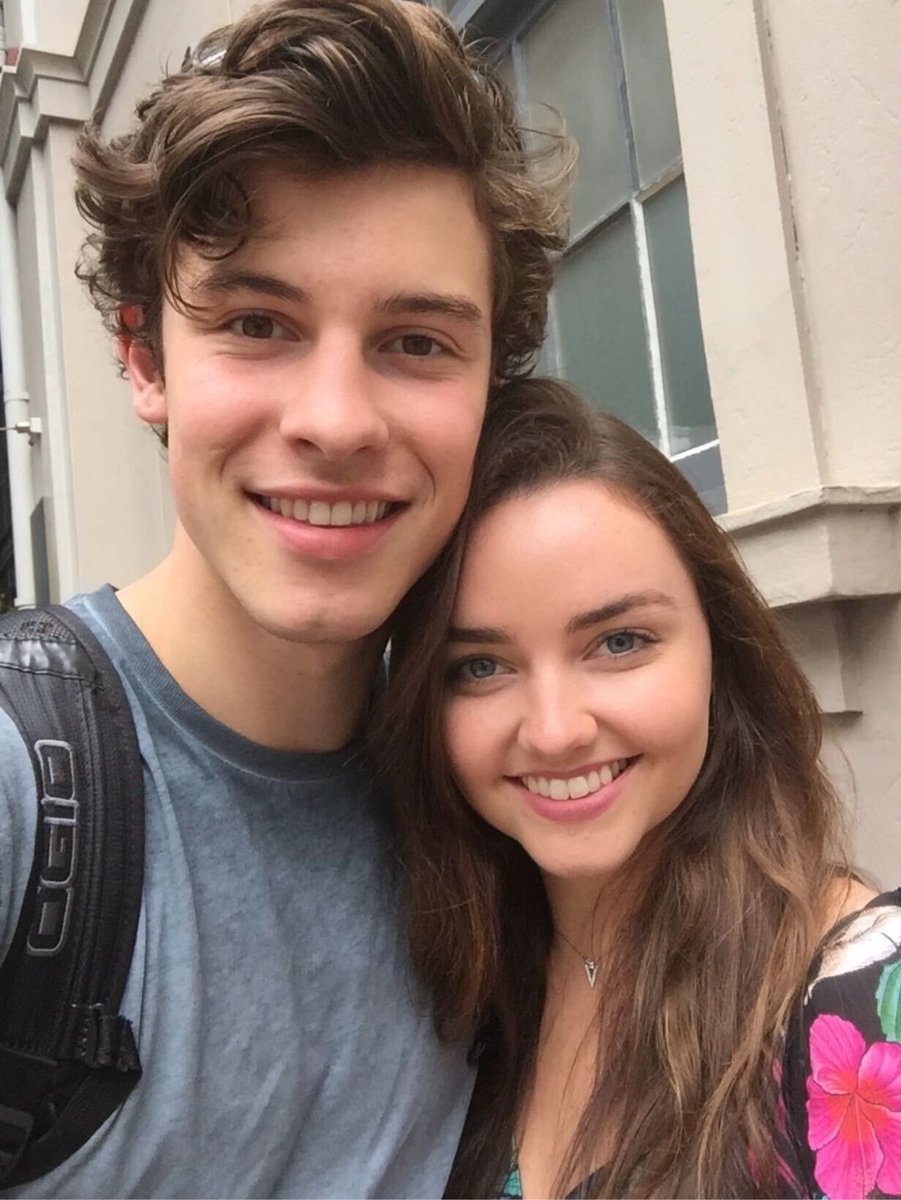 "I stood next to Kendall Jenner in a mosh pit for a few hours in LA. I didn't actually realise who it was until her giant (probs 7ft) bodyguard swooped in to escort her backstage." - Jess.

"I saw Josh Hartnett having dinner with Sienna Miller. I was drunk and tipped off my friend who worked at the London Paper. The next morning I was hungover on the tube and it was on the front page. I was like, oh shit I forgot about that." - Polly.

"2011 Aria Awards when I met Hamish Blake and yes he most definitely wanted to marry me and no I didn’t crop anyone out of this photo, it was a private moment between two media professionals." - Emma. 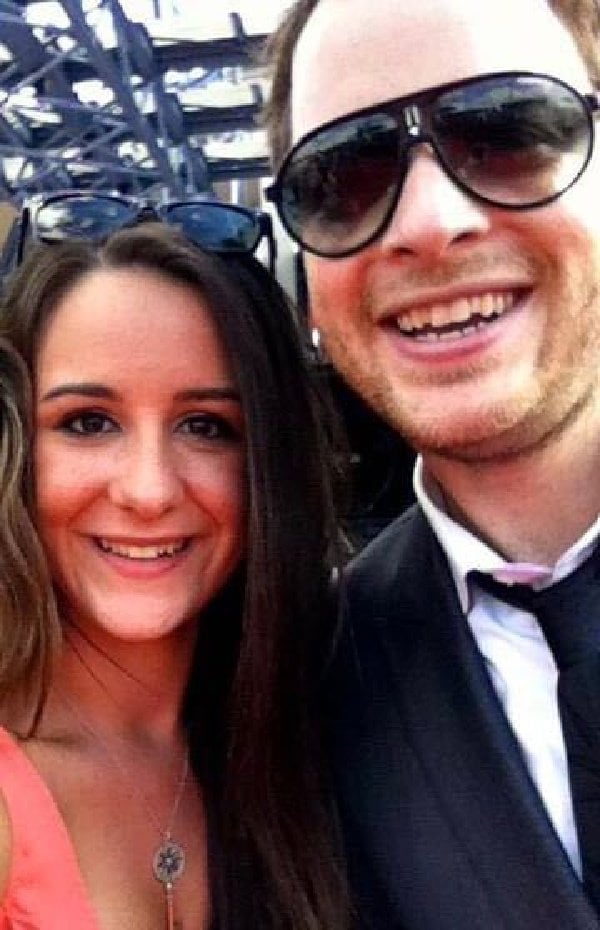 "She once came into the Mecca store I was working in and it was awkward because one of her songs came on the playlist that was playing and she was so cool and started dancing to it." - Maddie.

"I spotted Matt Okine at a concert during the time he was on Triple J breakfast so peak his fame. He was hanging at the back trying not to be seen but I cornered him and asked him for a photo. He was really nice about it and took a photo and we had a chat about the band (Ball Park Music)." - Melody.

"In 2016, I quit my job and moved to London. While looking for a full time job, I took up some work as an extra for a local acting agency. My first gig was on Brad Pitt's film Allied. So I spent about a month on set filming with him...he used to play pranks on the set runners (with his son's fake dog poo), his then wife Angelina Jolie would often sit behind the director just off set chilling, and he would call me 'Aussie' if he ever came in my vicinity. It was... the weirdest time of my life. And his co-star Marion Cotillard thought I had nice ears. ¯\_(ツ)_/¯ We weren't allowed our phones on set, so the only photos I have are me dancing behind him in a scene where I was pretending to be drunk at a party. Once again...¯\_(ツ)_/¯" - Gem.

"I shot Rita Ora and we went through all her clothes in her closet to pull out her favourite outfits; she said she liked my tattoos. One of the nicest celebs I've met, so down to earth and funny!" - Tamara.

"I also met Craig David in a gym at an airport hotel. An American man was asking him if he was a pilot and in my head I was like THAT'S CRAIG F**KING DAVID YOU IDIOT. He was super polite and indulged the American man's painful chat. He also ate and apple and a banana while lifting weights at the same time." - Polly.

"I had breakfast with Michael J Fox's son in a hotel in Canada and met his dad who sat a few tables away from us." - Maddie.

"I had an interview slated with Miranda Kerr. A few days before, I went to an event, had a few too many drinks and when I got home, slipped on the bathmat and gave myself a black eye on the side of the sink. I spent the next few days freaking out about it and covering it up with makeup... until my sister said to me 'Why don't you just go in and do the interview with it? It'll be an icebreaker?' True, Miranda is very media trained and this would catch her off guard. So I went in with my black eye, explained to Miranda what happened. She instantly was like 'You poor thing, let me fix it up for you.' She asked the PR person to get her bag, and she spent the next few minutes giving me a private makeup session on my eye. She was really gentle and wonderful!" - Adam. 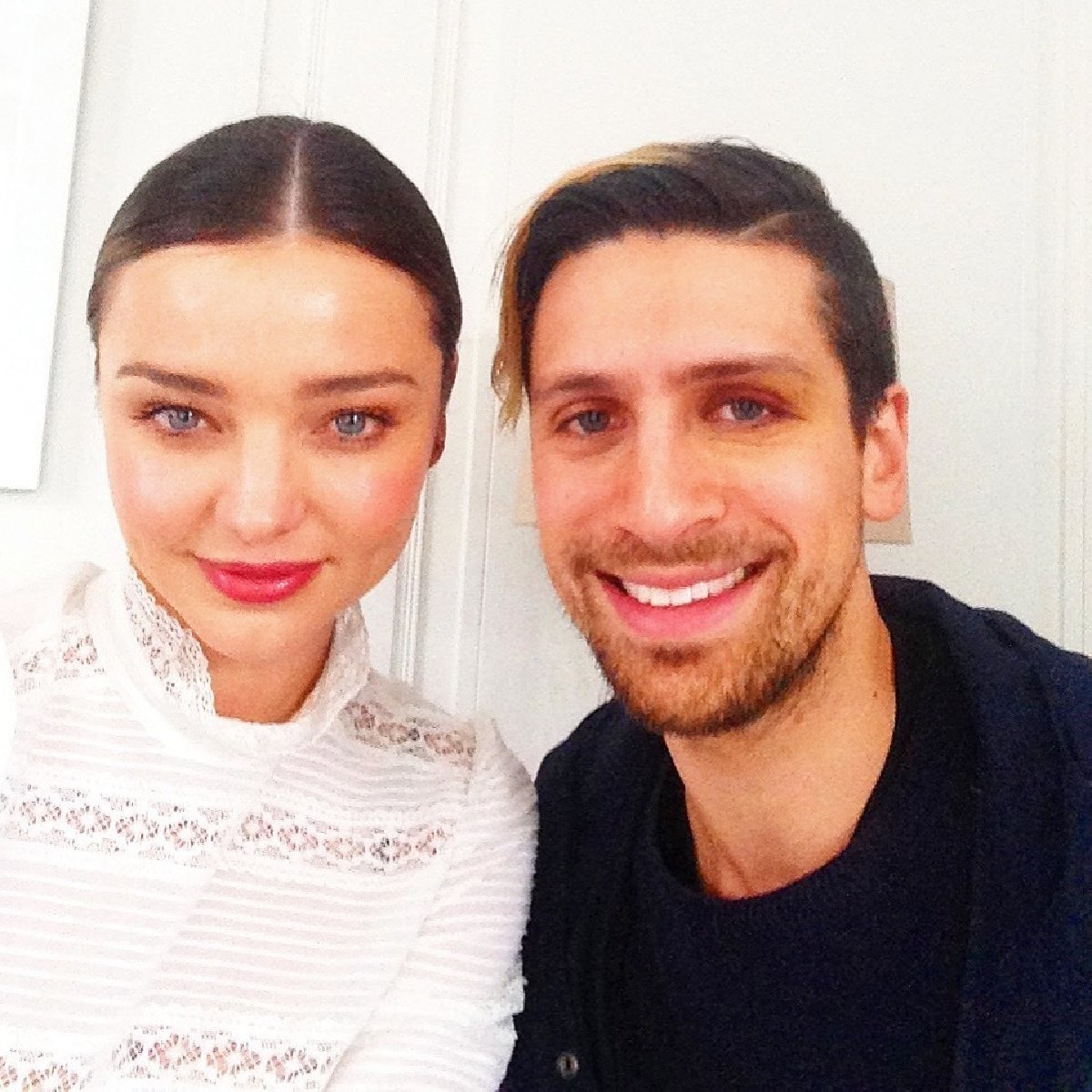 "I had Jude Law sitting directly behind me in the lounge at the airport obnoxiously singing 90s songs that were playing on the TV. We locked eyes and I died." - Charlie.

"As me and my friends were leaving this restaurant in NYC, Adrian Grenier was walking in and were all confined to this really small entryway. We basically trapped him until he took a photo with us." - Talia.

"I was working NYFW and grabbed him on his way to the show. He was so sweet and nice and v stylish. Also spilled some tea on Rachel Zoe but I'll never tell!" - Kee.

Who's the most famous person you've met? Let us know in the comments below.

Reply
Upvote
On holiday in London in 2007 age 19 I had a holiday romance with a successful( top 5 in the world) Real Tennis (goggle it)player. I was a naive blonde Aussie who he took to dinner with his friend Jude. We’d been joked  for days about Jude Law’s house being close by and he surprised me with at dinner when Jude Law met me as my date was running late. Kate Moss stopped by later in the night too. Both were lovely, I thought Jude was old (I was 19🤦🏼‍♀️)and Kate Moss was teeny tiny.
My holiday romance also introduced me to Kate Middleton at the Hilton SkyBar on my same trip (before she was publicly known) as he’d been to school with princes William&Harry - Kate was stunning inside& out.