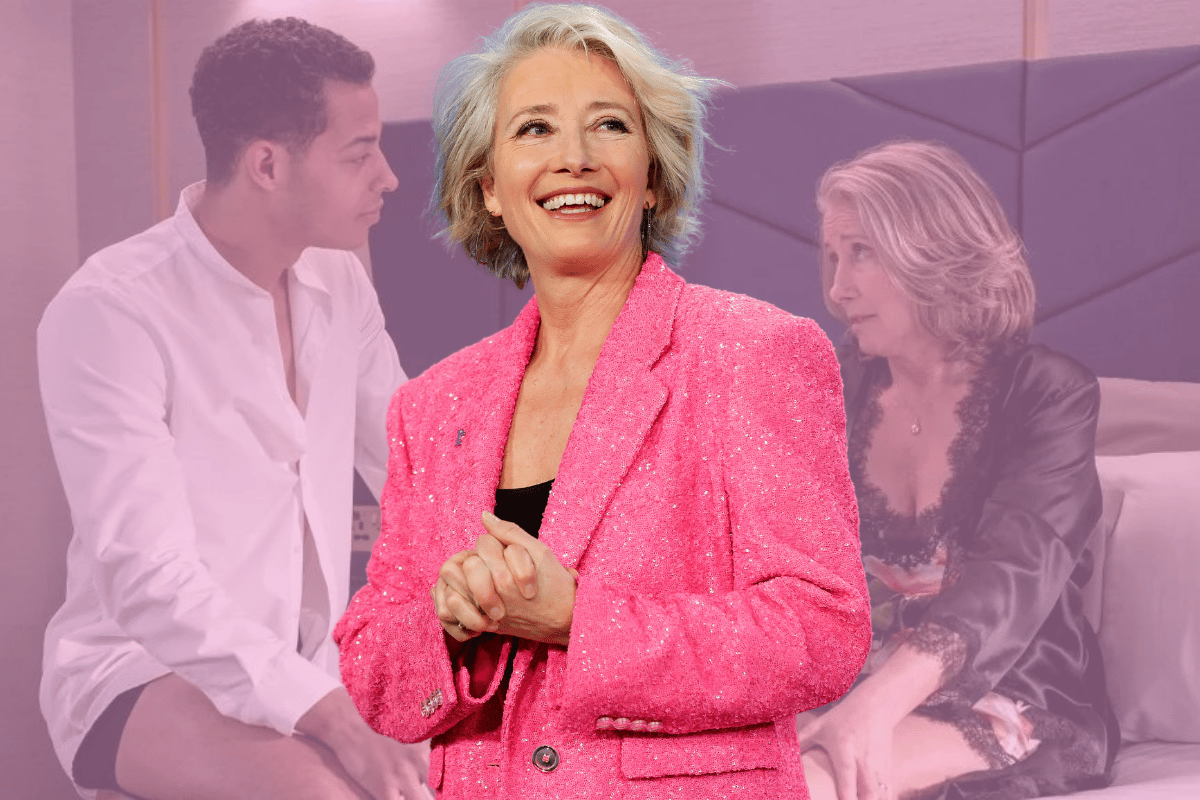 Dame Emma Thompson is quite the icon. She is an incredibly successful actor, screenwriter, activist, comedian and more.

And throughout her time in the entertainment industry, Thompson has had a myriad of well-known roles. She's done family-friendly movies like Nanny McPhee, Harry Potter and Beauty and the Beast. Period dramas like Sense and Sensibility, and plenty of comedies too. Also, who could forget Love Actually?

And at the age of 63, Thompson feels this is the right time for her to talk about the story behind this decision, and why she's chosen to change the narrative.

In a new British film Good Luck To You, Leo Grande, Thompson plays a middle-aged widow Nancy who has never had an orgasm - until she decides to book a young male escort.

Watch the Good Luck To You, Leo Grande trailer. Post continues below.

In a new interview with The Times, Thompson spoke about the influence male movie executives had in choosing what roles were 'best suited' to her.

"I've never really been offered sex scenes. As my mother said, I've basically played a series of 'good' women. I do 'cerebral.' And I have also never conformed to the shape or look of someone they might want to see naked," she said.

"And by 'they,' I mean male executives. I'm too mouthy, not pretty enough, not the right kind of body. And, crikey, you are constantly told what kind of body you have."

Thompson went on to explain that it's men from across the industry that have fuelled this body shaming.

"In one interview I did, the male journalist wrote that I'd put on a lot of weight since I appeared in Fortunes of War, and that my legs were 'now like tree trunks,' and that I'd 'let myself down'. I was 31 and, quite frankly, no longer starving myself. I don't think anyone knows quite how thin most actresses are in real life. They look quite… unreal."

This is not the first time Thompson has taken a stand.

In 2019, her decision to quit a role in animated movie Luck was called "one of the most significant decisions in post-#MeToo Hollywood". The departure was in protest of Skydance Media's decision to hire Pixar co-founder John Lasseter as its animation head despite sexual misconduct accusations against him.

In a letter released to the Los Angeles Times, she said - "If a man has been touching women inappropriately for decades, why would a woman want to work for him if the only reason he's not touching them inappropriately now is that it says in his contract that he must behave 'professionally'? I am well aware that centuries of entitlement to womens' bodies whether they like it or not is not going to change overnight. Or in a year," she said.

"But I am also aware that if people who have spoken out - like me - do not take this sort of a stand then things are very unlikely to change at anything like the pace required to protect my daughter's generation." 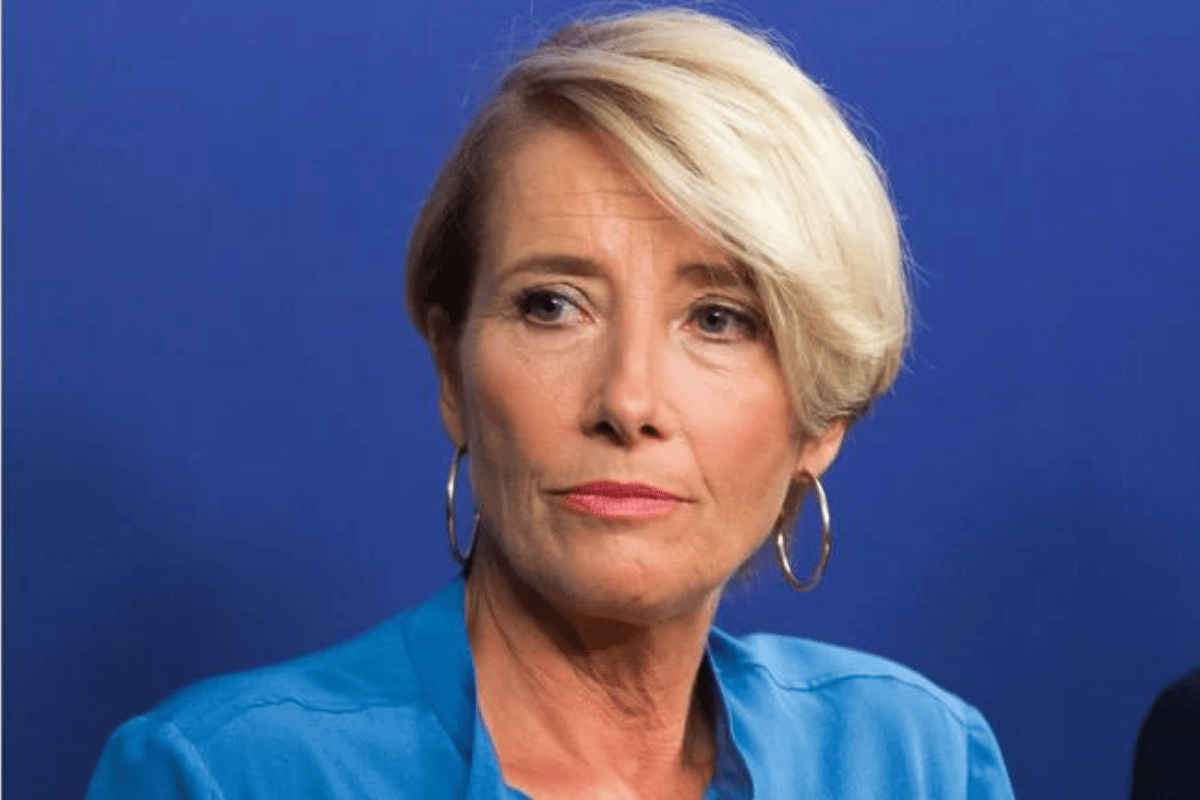 In a recent press conference for her new film, Thompson said she initially did find it hard to do a scene of her character Nancy looking in the mirror completely naked. It wasn't that she felt vulnerable. Rather, she had to suppress the "brainwashing" she and so many women have received for years that their bodies aren't good enough.

And it was that realisation that fuelled her.

"We're only used to seeing bodies that have, you know, been trained… I knew that Nancy wouldn't go to the gym. She would have a normal body of a 62-year-old woman who's had two children. Women have been brainwashed all our lives. That's the fact of it. And everything that surrounds us reminds us how imperfect we are and how everything is wrong, and we need to look like this."

Listen to Mamamia Out Loud. In this episode the women talk about Paulina Porizkova, body image and the shame attached to ageing. Post continues after audio.

Elaborating in her interview with The Times, Thompson said that when she looks at herself in the mirror, she often would try to make herself "look better".

"Turning this way or that, checking out my arse, pulling something in. Simply revealing my utter incapacity to accept my body as it is. But in the movie, at that point, Nancy's body has just given her these seconds of pure pleasure and she is marvelling at it," Thompson said.

To prepare for Good Luck To You, Leo Grande, and her full-frontal nude scenes, Thompson said she along with the film's director and her co-star Daryl McCormack did a lot of things. The co-stars rehearsed the scenes, talked about their bodies, their relationship with their bodies, drew pictures of them, discussed the things they found difficult about them and then the things they liked. They also rehearsed "entirely nude" where necessary, to ensure both Thompson and McCormack felt like it was a safe space and knew what to expect.

Thompson said she hoped the film would be a better and more realistic depiction of women, sexuality and seeking pleasure. Because goodness knows a lot of Hollywood's sex scenes have been produced with the male gaze at the forefront.

"I don't think female pleasure has ever been at the top of the list of things the world wants to make sure it has," she said in her press conference.

"In my country [the UK], it's not considered important that we have pleasure… Nancy's not growing up or going about in a world that's saying, 'Actually, have you had any pleasure?' I don't think I could've done it before the age that I am," she said of going nude. "And yet, of course, the age that I am makes it extremely challenging because we aren't used to seeing untreated bodies on the screen," Thompson said.

And that's why she's getting naked at 63. 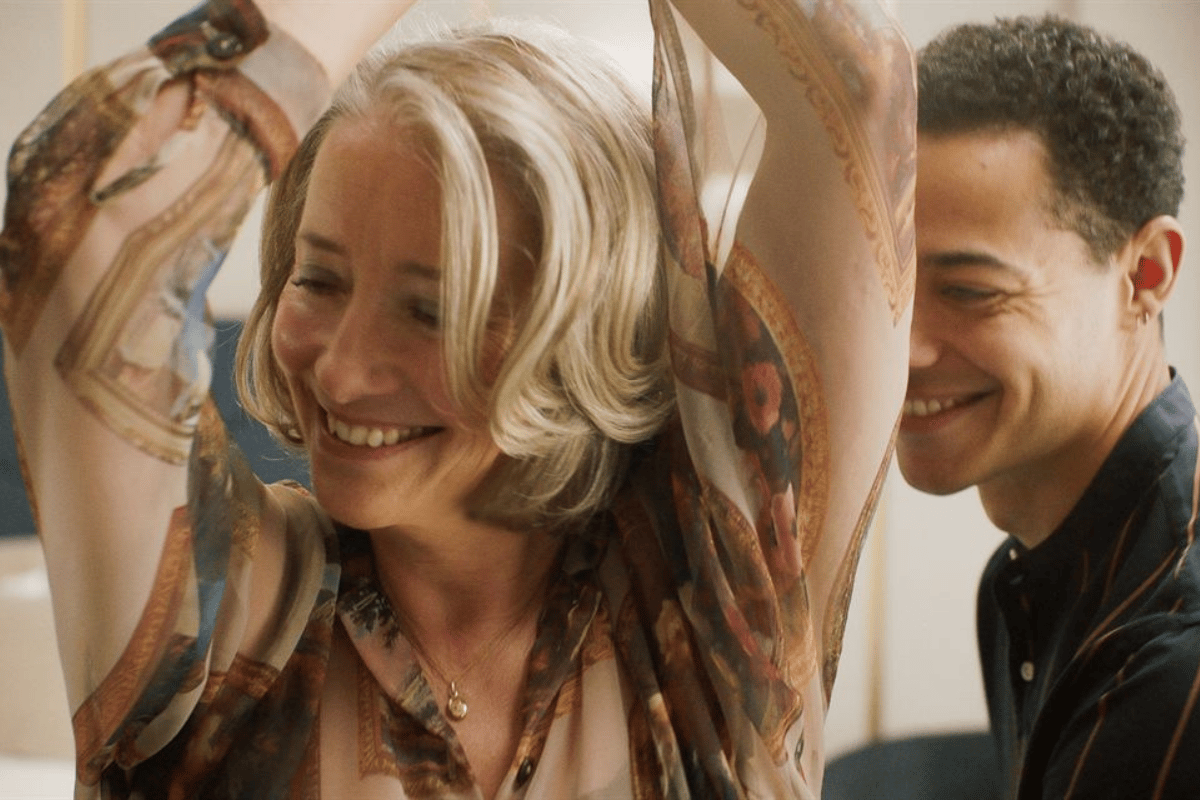