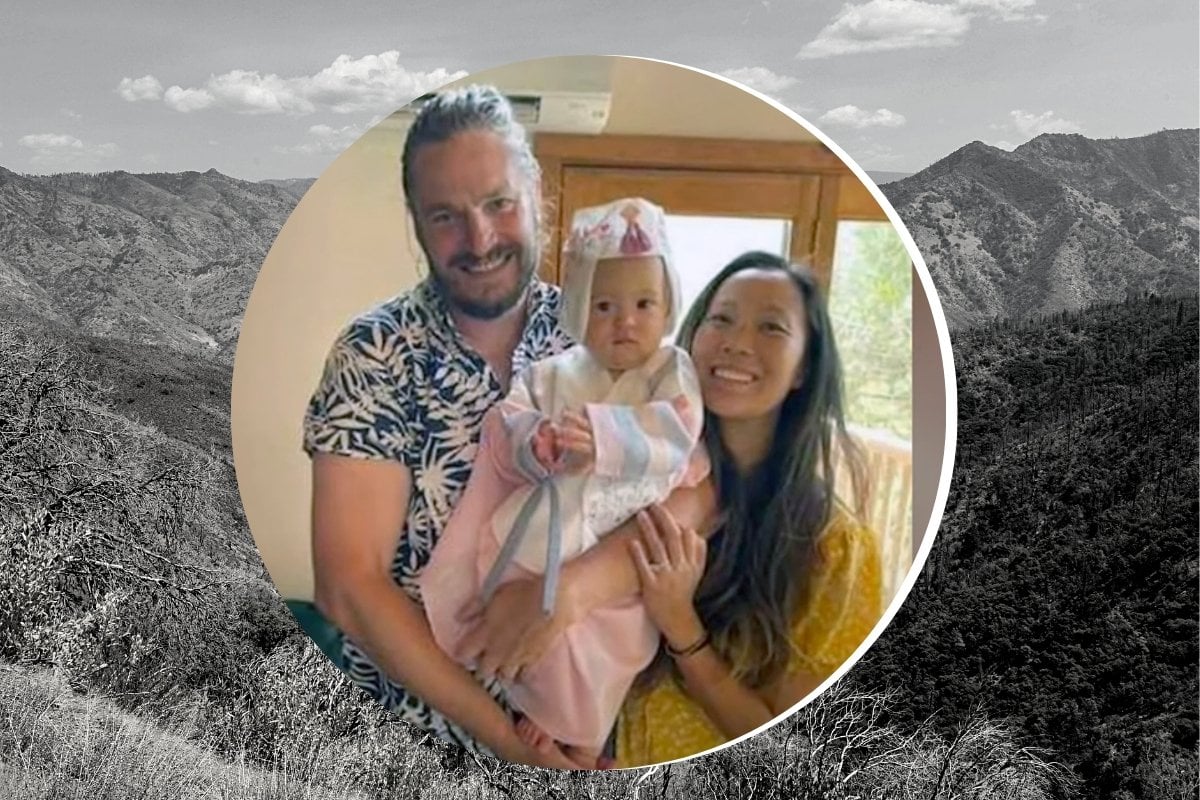 Mid-morning on Sunday August 15, John Gerrish and Ellen Chung bundled up their one-year-old daughter, Miju, and their dog, Oski, and drove to the start of the Savage Lundy trail, a walking track not far from their home in Central California's Sierra National Forest.

The day was hot. Around 37°C. But the couple were carrying pouches filled with water and were, by all accounts, experienced hikers. Friends said they'd take weekend walks often, and their social media captured pre-parenthood adventures through arduous terrain like the Himalayas and Asia's Gobi desert.

But something on this routine family hike proved lethal.

The bodies of all three, along with the dog, were discovered on Tuesday, August 17, a day after they were reported missing.

Side note: You can listen to True Crime Conversations episodes right here. Post continues after podcast.

The couple's nanny had arrived at their house in the small community of Mariposa on Monday to find it quiet. Empty. No car. Not even Oski. When John, a software engineer, failed to log on for work that day, search and rescue teams were dispatched to the area.

After locating the family's car near the mouth of the trail, authorities swarmed through the forest and, roughly two kilometres away, they made the devastating discovery. 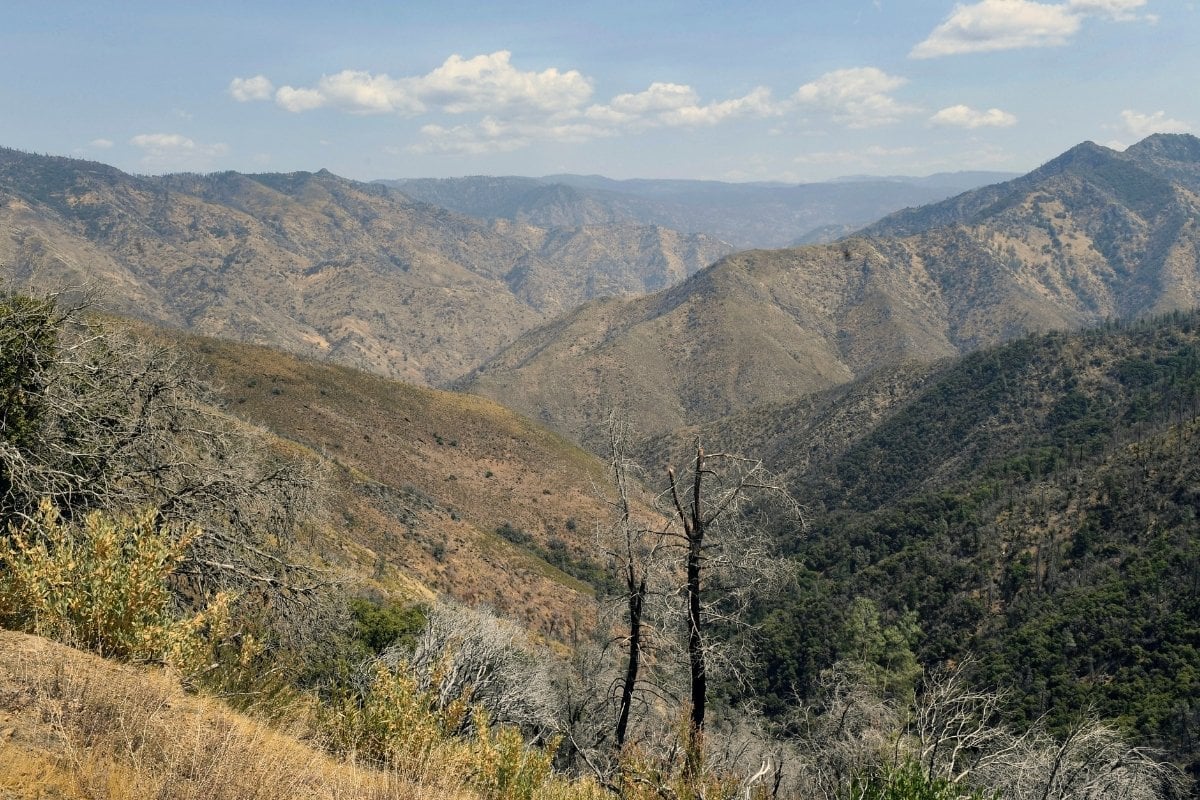 An area of the Sierra National Forest near where the family's bodies were found. Image: AAP.

According to The San Francicso Chronicle, John, 45, was found in a seated position, with his daughter and dog alongside him. Ellen, 30, was a little farther up the hill.

It appeared the family was near the end of their hike when they perished.

Three weeks on, and despite initial autopsy reports, authorities are yet to determine what killed the family. There were no signs of trauma, and no indication that their deaths were intentional. They had water supplies remaining.

Speaking to the media, Mariposa County Sheriff Jeremy Briese said that he had not encountered such a mysterious case in his two decades on the job.

"There’s no obvious indicators of how it occurred," he said. "You have two healthy adults, you have a healthy child and what appeared to be a healthy canine all within a general same area, deceased. It’s frustrating, and we’re not going to rest."

Jonathan and Ellen traded their lives in San Francisco for the small community of Mariposa in March 2020, after the COVID-19 pandemic struck.

He worked at Snapchat, and she was a former yoga instructor studying for her masters in counselling psychology.

Friend, Steve Jeffe, told The Fresno Bee that the pair had embraced the outdoor-focused lifestyle of their new surroundings, and loved hiking.

He described their deaths as "a tragedy".

"You have people who pass away and die, and that’s always sad. This one is just so freaky and strange," he said. "It’s really, really sad. They had so much going for them."

Authorities, too, are baffled.

According to local media, investigators probing the deaths have ruled out a range of possibilities including deadly use of weapons to chemical exposure from abandoned gold mines nearby.

One theory currently under investigation relates to algae blooms in the area's waterways.

A month prior to the tragedy, the US Forest Service had issued a warning about the presence of cyanobacteria — a toxin found in algae that can make people and animals ill — in Sierra National Forest.

Renewed testing was underway late last week on water sources close to where the family's bodies were discovered, according to The Fresno Bee.

Meanwhile, friends and loved ones are left wrangling questions amid their grief.

“We’re all just devastated,” Steve Jeffe said. "They were really beloved by the people. A super generous, sweet and loving couple that was devoted to their daughter."

Reply
Upvote
Wondering if one of the adults or perhaps the dog disturbed a nest of Africanized honey bees and they were overwhelmed. With temp over 100 degrees, you’re going to have some very angry bees and it would be very difficult to make an escape, especially with an infant.

Reply
Upvote
@SeattleWombat if they'd been swarmed and stung by bees, there would be physical evidence though, surely?
S
seattlewombat 4 months ago

Reply
Upvote
@seattlewombat they found bee stings on the penguins - evidence. I got stung on the ear by a bee once, and the damn thing went all red and swollen. I can't imagine that three people could be stung by bees enough to kill them without there being any physical evidence whatsoever.
C
cat 4 months ago

Reply
Upvote
2 upvotes
@SeattleWombat they wouldn't just all be sitting there though, in the middle of a swarm of killer bees. They'd have been running and covered in bites.
C
cat 5 months ago