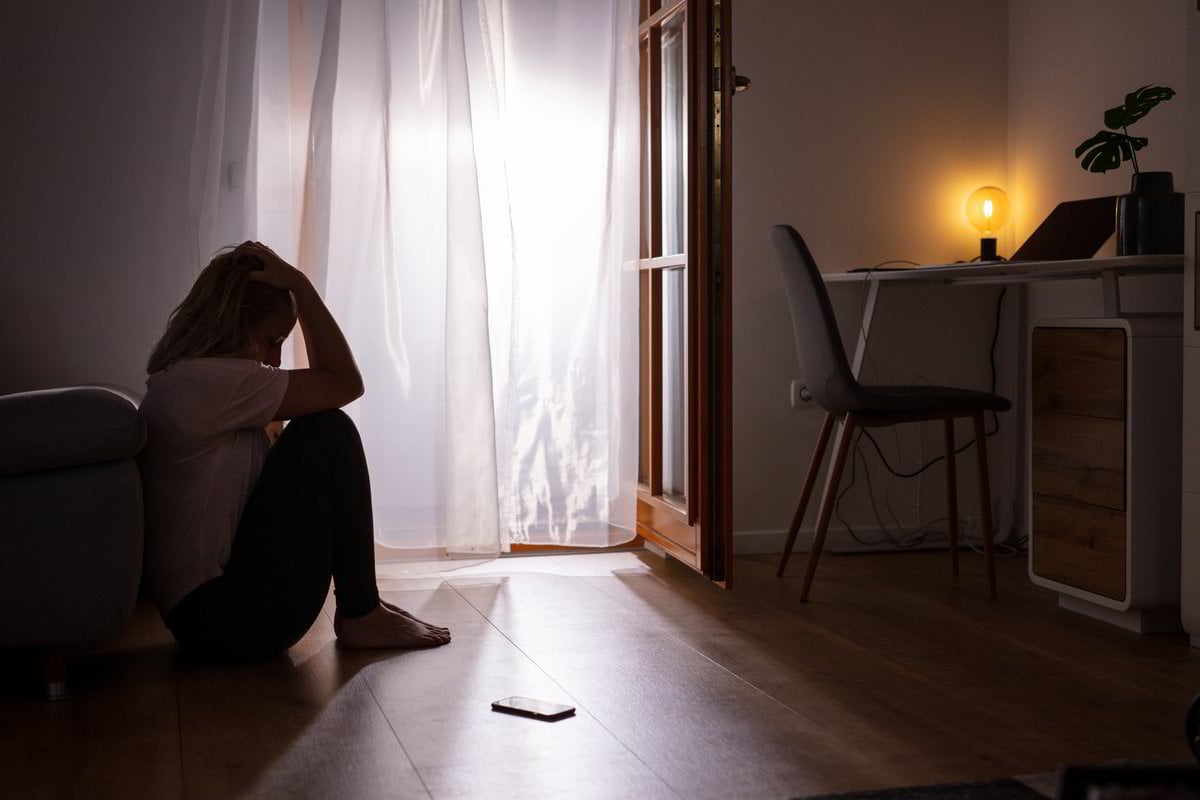 I've always considered myself a fairly intuitive person, but the reality is, when it comes to the people in our lives, we never really know what happens behind closed doors.

Daily, we’re exposed to domestic and family violence stories in the media, but it's often only the cases that lead to significant injury or death that are reported on. In those tragedies, we don't see the actual number of women, men and children who are exposed to violence within their own homes, or the complex reality of what they experience.

We don't see the 'invisible' abuse. The financial control. The emotional manipulation. The sexual assault.

Recently I became aware of two good friends of mine who have been experiencing domestic abuse. Each at the hands of their partner — the father of their children.

One involves a verbally and physically abusive, alcoholic partner. The other involves emotional, verbal and financial abuse. In both cases, the partners were incredibly controlling, and it manifested in a number of destructive and dangerous ways.

These women have two very different stories, but the outcomes, right now, are similar. Two families who have now been separated. Two women left devastated by the effects of long-term abuse within their homes, who have lost their self-esteem and sense of worth. Children who have experienced forms of violence and coercive control within their homes.

With social media being one of the few ways so many of us have been able to 'catch up' this year, it’s so easy for friends, loved ones and acquaintances not to see any signs or 'red flags' or witness any abusive behaviour themselves.

It’s also easy for those experiencing domestic violence to post pictures of a perfectly ‘normal’ happy family without anyone being able to suspect a thing.

I've been reminded of the difference between appearance and reality a number of times, even with people I’ve known for years. So often, I believed I was seeing a happily married couple one day, then the next, they're going through a divorce.

Marriage is hard work, anyone who is married knows that. Enter children, and it gets even harder.

But I cannot even fathom the reality of being married to an abuser. Of feeling alone and scared in your own relationship.

I have never seen either of my friends with black eyes or bruised arms or with any other sign of physical abuse. In one case, I know for certain now there was. In the other, I am still not sure. But now I realise that's not necessarily what I should have been looking for.

It's the 'invisible' abuse such as verbal (i.e. name calling, degrading), emotional (i.e. isolating from family) and financial (i.e. using money recklessly) that plays with a victims' mind. The abuse that these women have been subjected to over time has slowly chipped away at their confidence, leading them to believe that they are not the beautiful women and mothers that they are.

In both cases now, I can see that there was fear. A debilitating fear that stopped them from telling anyone of their long-term abuse, and a fear of if, and how, to leave.

Although both of them have now left, the fear remains.

They fear of never really being able to ‘get away’, particularly since both have children that bind them to their former partners.

I hope over time that fear fades.

It’s so easy for us as outsiders to judge and question why women like the ones I know stayed for as long as they did.

To ask why they pretended in person and on social media to be in ‘healthy’ relationships. But now, I know they both wanted to believe their partners would change. They wanted what we all want: happiness.

Finding out about what’s been happening behind my friends’ doors has made me question how many other friends, loved ones or acquaintances are quietly living in fear of their partners or experiencing any form of domestic violence within their homes. It also makes me feel profound sadness that this is happening, quietly, in houses all over the country.

To me, it’s clear we have a long way to go in Australia when it comes to supporting victims of domestic violence. My friends needed to know that they had access to legal services, financial support, safe housing, and so much more, should they need to leave their relationship.

We have a government who states 'domestic violence is not OK,' but we need to make sure this is echoed throughout the community. That victims know there's a life after leaving, and that there are people who love them who will wonder how they missed the signs, but be ready to help in whatever way they can.

Commonwealth Bank is committed to helping victims and survivors of domestic and family violence achieve long-term financial independence. To find out more about the Next Chapter program, including a range of helpful resources about financial abuse, please visit commbank.com.au/nextchapter.