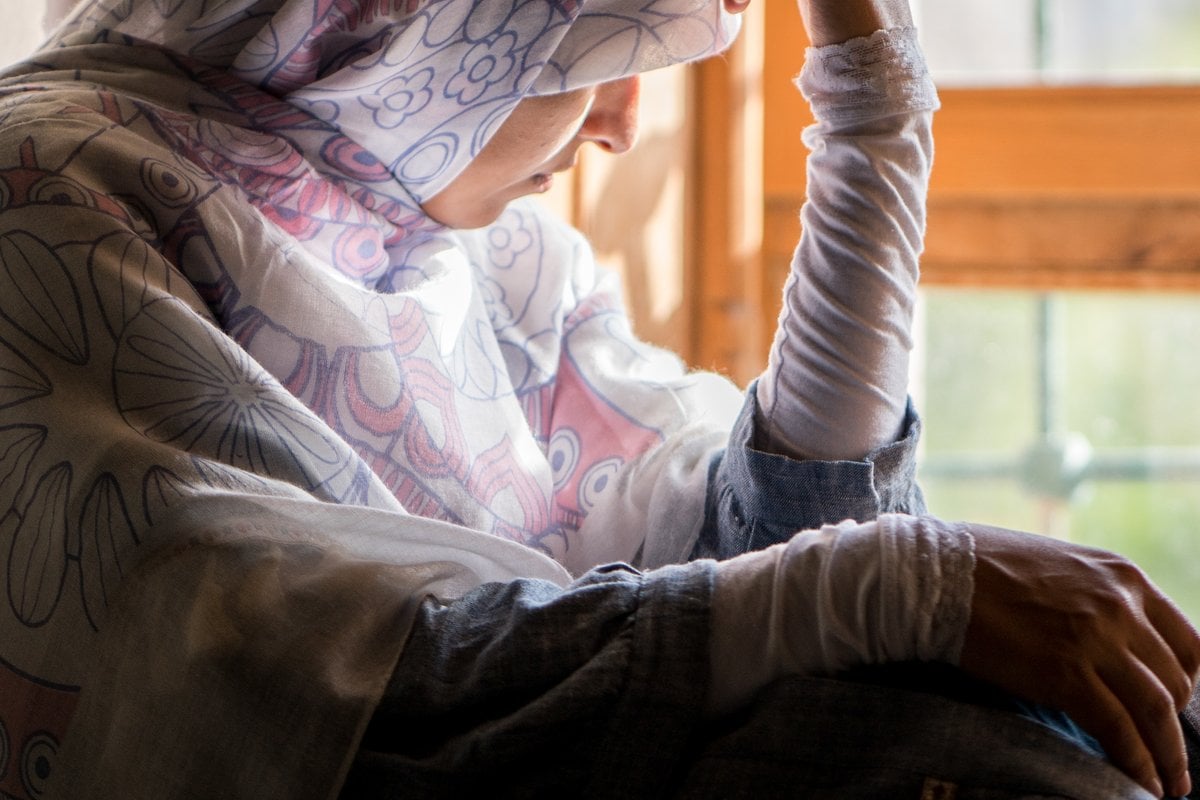 The number of reports of domestic violence related incidences typically surges during the Christmas-New Year's break, due to alcohol, financial stress, a higher frequency of family gatherings, and families and couples spending more time together at home.

This year has already seen a spike in incidents of abuse, thanks to COVID-19, with couples and families further isolated from the outside world and social distancing measures making it more difficult for victim-survivors of abuse to seek help and extricate themselves from torturous relationships.

A combination of the holiday break with pandemic restrictions could have grave consequences. The current outbreak in Sydney provides a new opportunity for perpetrators to exercise coercive control under the guise of needing to protect their families. Victim-survivors will be told to stay home, minimise contact with others and potentially become more exposed to abuse at home.

At Settlement Services International (SSI) we are concerned about the impact of domestic and family violence – immigration facilitated coercive control in particular – on migrant communities. We focused on that during 16 Days of Activism Against Gender Based Violence, which concluded on Human Rights Day, December 10.

NSW is currently debating whether coercive control should be legislated as a form of domestic and family violence (DFV) abuse that can be prosecuted under the law, with the government releasing a discussion paper on the topic.

A perpetrator of coercive violence aims at controlling another person to achieve compliance and subservience, often rendering the victim-survivor feeling powerless and helpless.

According to the government’s discussion paper, “Coercive control is a form of domestic abuse involving repeated patterns of abusive behaviour – which can include physical, sexual, psychological, emotional or financial abuse – the cumulative effect of which is to rob victim-survivors of their autonomy and independence.”

In other words, it is a pattern of sustained abuse that inhibits another person from exercising their human rights.

For migrants in Australia, perpetrators may use levers that achieve coercive control that are not readily considered by others.

Included here could be temporary visas holders, those who are sponsored to be able to travel to Australia, those on a partner visa, those whose partner has lived in Australia for a very long time, or all their life, and those where migration is a draw card, offering a better life for themselves and the family back home.

As multicultural practitioners we regularly see cases of coercive control where the perpetrators threaten to revoke the victim-survivor’s visa, ring the Immigration Department to cancel the visa, or initiate a police record so that the victim-survivor will lose the visa.

Having lived here for some time, the perpetrator knows how to negotiate Australian service systems in their favour, prevent a victim-survivor from making social connections in Australia and, most of all, keep information from them, preventing them from understanding their rights.

Temporary visa holders, unless on a partner visa, suffer the additional problem of not having any rights for income support, which renders them essentially without any support other than staying with the perpetrator.

In NSW, there have been at least two women killed in suspected domestic violence incidents during the pandemic, where the victim was on a temporary visa and returned to the perpetrator due to a lack of income support.

Housing relief is generally not available to temporary migrants and shelters are reluctant to allocate accommodation to a victim-survivor who has no income and cannot be placed in the private rental market after the immediate crisis is dealt with. Since services do not want to exit anyone into homelessness, a woman would need an extended stay in a shelter, which is not the purpose of short-term accommodation facilities.

This is essentially a failure of government to protect those in danger of DFV. The exclusion from income support is even more significant during the pandemic when there are few jobs available.

Five experts from the field of domestic and family violence who worked extensively with migrants and refugees and of diverse backgrounds themselves discussed the factors that influence DFV and help-seeking behaviour in migrant communities.

The government suggested that any DFV from a previous relationship should be disclosed to the prospective partner before a visa is granted. It made the panel wonder whether all fiancées in Australia should receive this information about their prospective spouse. Otherwise, one could think that there was a veiled form of racism at work.

To ensure the safety of women on temporary visas, and remove immigration legislation as a means of coercive control, we need a circuit breaker that only the government can provide.

Women, and sometimes men, in an unsafe situation need access to an income stream until their visa situation is resolved in their own right. It is the only solution to enable a victim-survivor to leave a dangerous situation.

SSI will support legislation that allows for persecution of coercive control, however it is concerned that all legal and enforcement agencies have the necessary training and skills to identify the problem at hand, that they can identify coercive control patterns and that they understand the levers that may be applied in the context of migration, leading to immigration facilitated abuse.

In the meantime, the Australian community, holiday-makers and new migrants should keep on the lookout for family, friends, workmates and neighbours who might be experiencing domestic or family violence. Reach out to them, let them know you’re there for them, that they’re always welcome at your place, and listen without judgment.