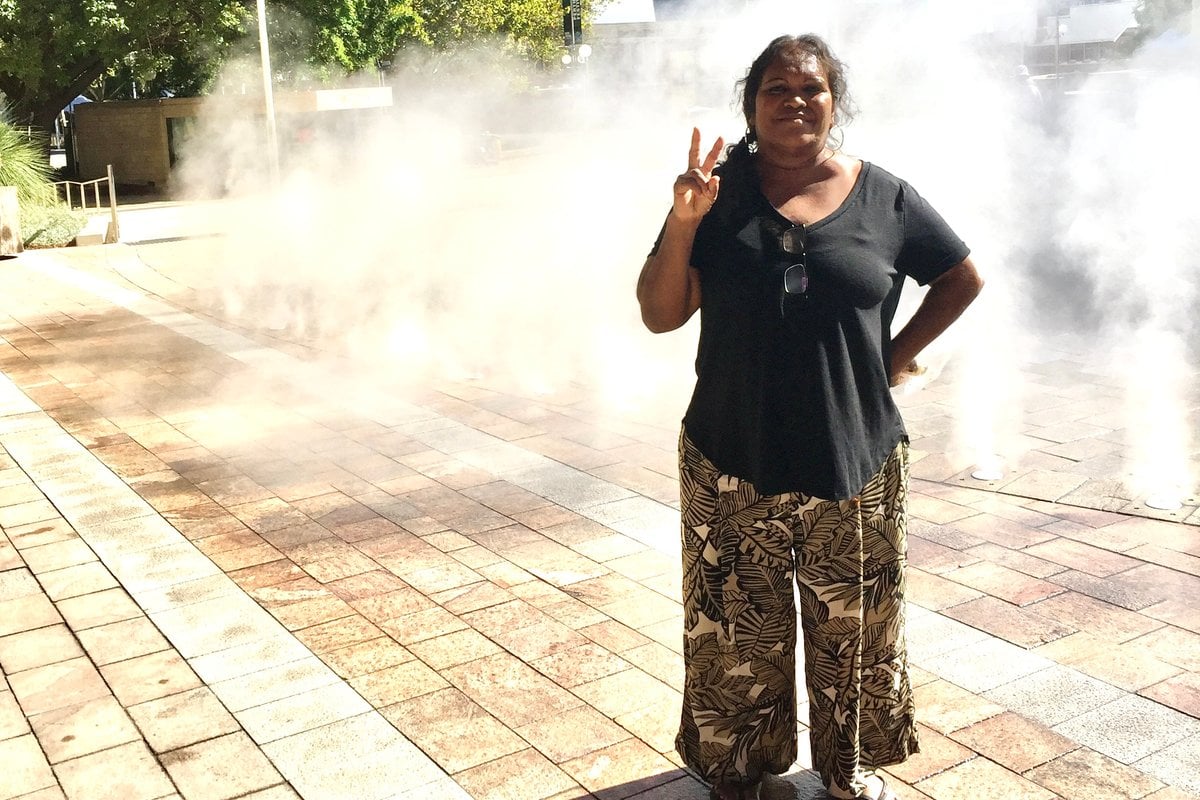 Warning: This story contains names of Indigenous people who have died and details of murder and domestic violence.

At first glance, it's an open and shut case.

On the afternoon of June 13, 2015, while attending a birthday party at a house in the Nulleywah Aboriginal community in Kununurra in Western Australia, child care worker Jody Gore and her ex-partner Damian Jones got into a heated argument.

Jones, who had been drinking elsewhere before he arrived at the house, asked Gore for money so that he could join in on the card game she and her friends were playing. Gore, who was also drinking, complied. Once the money was gone, Jones asked for more. This time, Gore refused.

Sometime during the altercation, Gore fell. She looked up at Jones and, seeing him staring at the ground, believed he was going to pick up a rock and strike her with it. She ran to her bag and pulled out a vegetable knife that she carried around with her.

As they fought, she stabbed him once in the chest.

Jones collapsed. Ambulance officers attended the scene but he could not be revived.

A 12-person jury rejected Gore's claim that she had been acting in self-defence and found her guilty of murder. Justice Lindy Jenkins sentenced her to life in prison, with a non-parole period of 12 years.

"There is far too much drunken violence in the Kimberley," Justice Jenkins said as she handed down the sentence.

"You stay with them because you love them."

For 20 years, from the start of their relationship right up to the end, Gore was on the receiving end of physical and verbal abuse from her de facto partner. During her trial, she testified to being sworn at, kicked and punched, dragged by her hair, hit with rocks and hit in the face with a belt buckle.

She treated her injuries herself. The scars on her body and mind are a reminder of the daily abuse she suffered.

Yet, Gore never reported the domestic violence. She didn't want to get Jones, who had been diagnosed with paranoid schizophrenia, into trouble.

"They asked me the question, 'why didn't you leave?'" Gore tells Mamamia. "I said the reason why is because you know the saying: when you're legally married, you say 'for better or for worse, in sickness and in health, through good and through bad, till death do you part.' And you stay with them because you love them.

"Also, you’re patient. You think they will change. There’s love and understanding and patience. It takes a long time, you know? And that's what married life is all about, even if you're not legally married."

In 2008, Gore found the courage to leave Jones after the abuse became too much. Despite the hurt and trauma, the exes remained on friendly terms.

"Even though I was finished with him, I looked after him. My house was open 24 hours, seven days a week," Gore says. "He had a mental illness, he was sick. He should have been put in hospital before he harmed himself or harmed innocent people. You know that saying, taking it out on people that love you? He obviously loved me and took it out on me. He bashed me.

"The photo on [WA news network GWN], that’s nothing. If you took a photo the next day, my face was black and blue. I had two big black eyes, I was bruised and busted up... I looked like a ghost."

During Gore's trial, no domestic violence experts were called to give evidence. The West Australian newspaper, which carried out a special four-part investigation into her case, revealed that Gore had sought refuge at a women's shelter yet this evidence was not presented to court.

Watch part of the investigation below. Warning: some imagery could be triggering. Story continues below.

Video via The West Australian.

A 2018 report by the Australian Institute of Health and Welfare (AIHW) found that from 2016-2017, Indigenous females aged 15 and over were 34 times more likely to be hospitalised for family violence than non-Indigenous females. The rate of intimate partner homicide was twice as high.

Moreover, another AIHW report released in December last year showed that Aboriginal and Torres Strait Islander people made up more than a quarter of all those hospitalised due to family or domestic violence over an eight-year period.

Dr Hannah McGlade, a Nyungar woman, Associate Professor at the Curtin School of Law and expert member of the United Nations Permanent Forum on Indigenous Issues, doesn't shy away from stating why the system is failing Aboriginal women.

"We have to tackle systemic and structural racism and bias in the justice system," Dr McGlade, who worked closely with The West Australian to raise awareness of Gore's story, tells Mamamia. "The system failed Jody. It mistreated and discriminated against her because she is an Indigenous woman who was subjected to domestic violence for 20 years.

In an open letter which she co-authored with Professor Bronwyn Carlson and Dr Marlene Longbottom last year, Dr McGlade called out the racist narrative when it comes to Indigenous issues.

"We the undersigned are concerned to see that disclosures of sexual violence by white women in Australia gain national attention and responsiveness, including from bodies such as Our Watch, whereas sexual violence against Indigenous women and girls is being normalised and rendered invisible," the open letter read.

"We are tired of this double standard and hypocrisy that infers and perpetuates the life and value of a white woman is greater than that of Indigenous women."

"Mum, when you coming home?"

It was thought that Gore would die in prison due to her medical history. As well as heart problems, she had progressive kidney failure and needed dialysis three times a week.

"It was hard. It was sad," Gore says about her time in prison. "My heart was so sad."

Being away from her family, especially her three grandchildren, was especially difficult.

"My youngest granddaughter, she used to call me up when I was in jail and say, 'Mum, when you coming home?' She called me Mum because I took care of her from when she was a baby," Gore says.

"I would never tell my granddaughters when I’m coming home. They didn’t know I had 12 years. I couldn’t tell them that. It would have broken their hearts. I just said, I’m coming home soon."

Then, four and a half years into her sentence, a miracle: WA Attorney-General John Quigley, having heard about Gore's case due to The West Australian's reporting, decided justice had not been served. Although Gore's conviction was not quashed, the WA government remitted the remainder of her sentence.

In his ministerial statement, Quigley said, "Ms Gore has taken a life. She has served more than four years in prison. I extend my condolences to the family of her victim, who was also her perpetrator. The government has decided that now is the time for mercy."

Gore recalls how she found out she was being released. "The officer said, 'Jody, your lawyer wants you to give him a call.' So I rang him, and he said, 'Jody, did you hear the good news?' I said, 'No?' He said, 'Jody, you're going to be released today or tomorrow.'

"I wanted to scream the prison down. I was so happy and excited. [My lawyer] said I had to keep it quiet. I really want to reach out my mum and my brothers and sisters and tell them the good news. But they found out on the TV!" 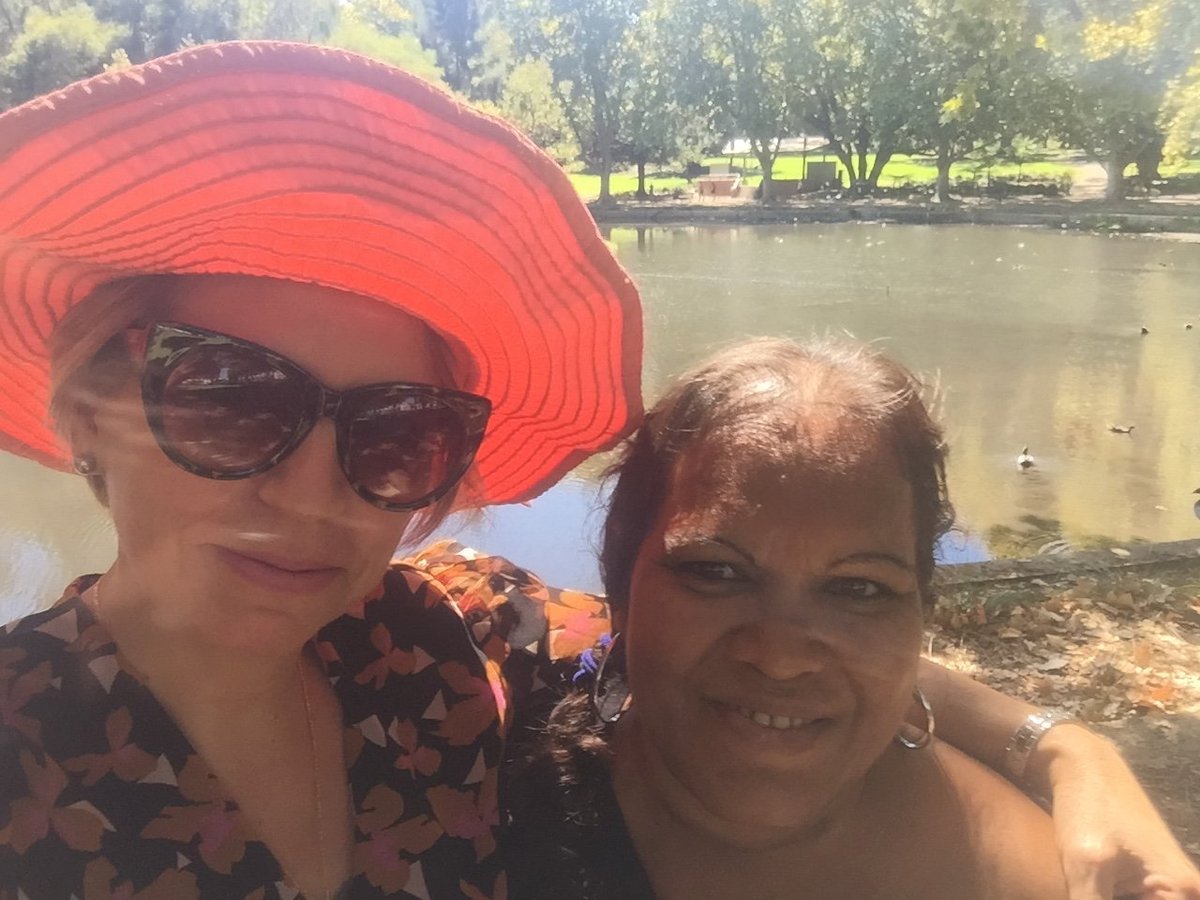 "There has to be a reckoning."

It's been a little over two years since Gore was released from prison. She's back on country in the Kimberley, rebuilding her life. "I'm fine at the moment," she tells Mamamia. "Staying strong."

She will never forget the support she received before, during and after her incarceration. Deeply religious, her first thanks go to god. "I thank god for finding the right people to put in my life," she says. "I thank all the people for their help and their support."

Gore will go down in history as having been a lightning rod for change. Her case has introduced legislative reforms in the WA government which will provide expert evidence to address stereotypes, myths and misconceptions about family and domestic violence in the court of law, as well as make it easier for evidence of violence to be introduced in criminal trials.

Still, there is so much more work to be done.

"Being an Aboriginal woman with a human rights background, I’m seeing a decline in social justice and human rights commitment," Dr McGlade says. "I have been an activist for such a long time. I think that my ancestors are walking with me so that I can continue to do this important work.

"I was overwhelmed with joy seeing the decision the WA government made in releasing Jody so that she could go back to her children and her country. Clearly though, we’re not seeing the leadership towards equality and human rights from our federal government.

"Change comes down to really feeling and learning the truth, and having a change at a personal level. There has to be a reckoning. A reckoning that is genuine. It’s got to go beyond us as Indigenous people. We must all fight domestic violence. All Australians, not just Indigenous people."

For Gore, a higher power was involved. "God works in mysterious ways. He used me to change the laws on domestic violence," she says adamantly.

"Domestic violence is real. It’s happening in real life. It's a problem for the world. He used me, a First Nations woman, to bring it into the light."

Mamamia recognises that Aboriginal and Torres Strait Islander women are the unheard victims of domestic violence and wants to break the silence. In 2022, we’re making a commitment to tell more of their stories, amplify their voices, raise awareness of the issue, and be united in our conversations about how we end violence against women for good.

Reply
Upvote
Sad and yet so common for many women of colour to think that their rights are not as important. Thank you for bringing depth of the narrative to us. Educational.
S
samski 4 months ago