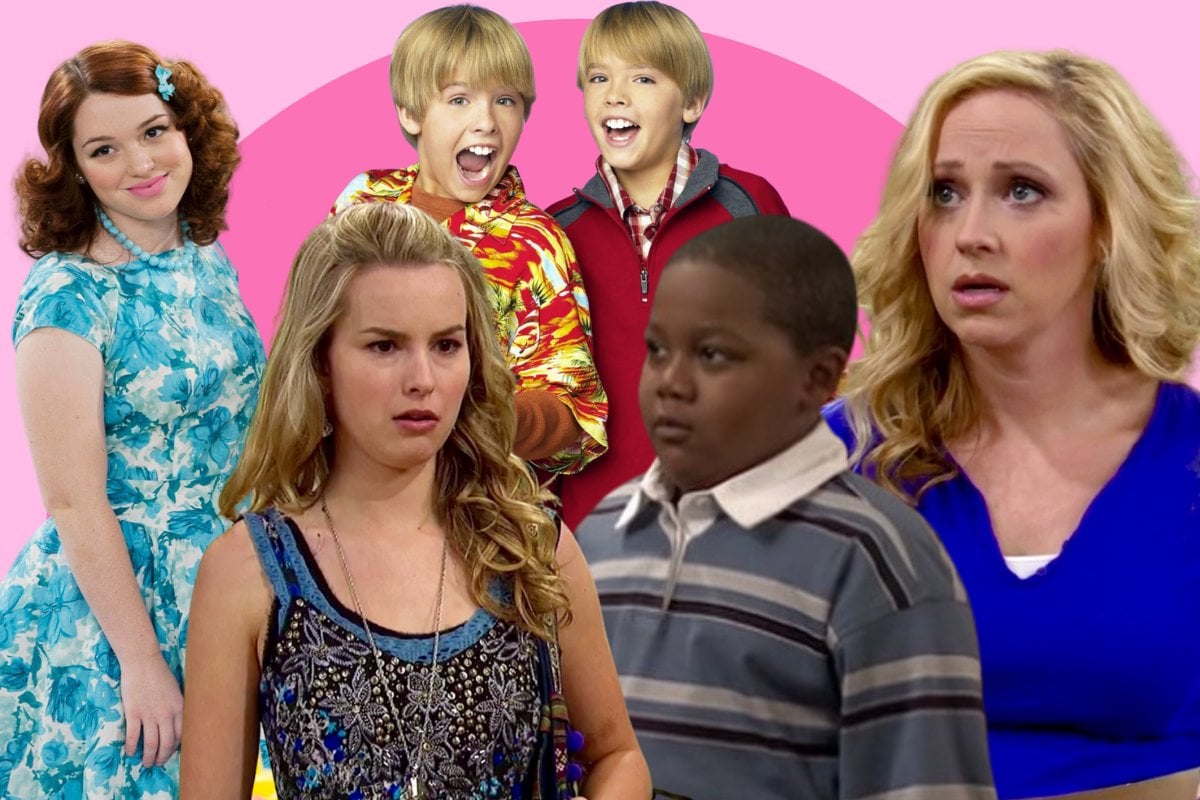 Growing up, there was truly no better feeling than getting home, turning the telly on and feasting on the latest new episode of a Disney Channel original TV show.

While many years have passed since we probably last flicked the channel over to 707 on Foxtel, it seems even our most beloved Disney stars have gone on and grown up as well... who would've thought?

Watch Disney stars on their favourite Disney moment of all time. Post continues after video.

While many went on to live extraordinary lives in the spotlight, others have chosen to step away from acting altogether.

Here's what some of our favourite Disney Channel stars are up to now. 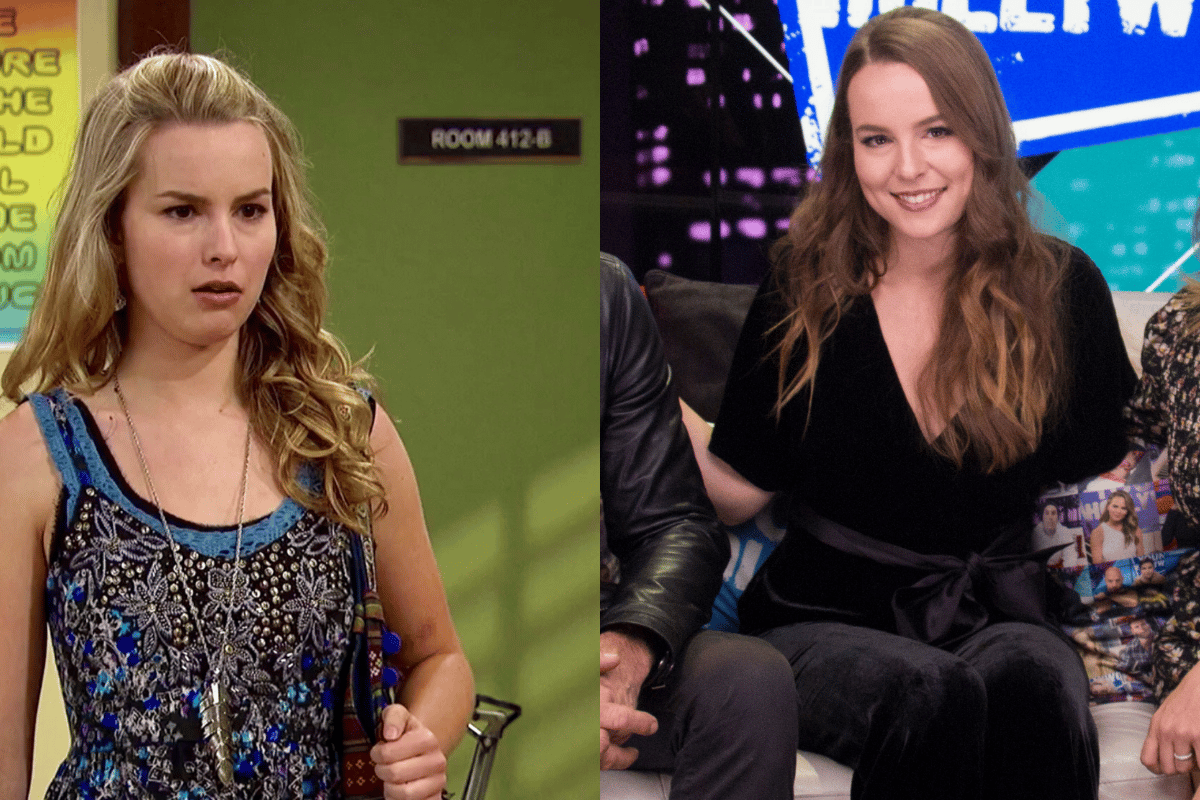 The American singer and actress, who played Teddy Duncan on Good Luck Charlie is now a PhD student.

Mendler also has a position at the MIT Media Lab as a Director’s Fellow.

She first made a name for herself as the affable big sister to her newborn sibling Charlie, often making clips to compile for her when she grew up.

After her stint on the Disney Channel program, she dabbled in making music and went on to release a number of hits including 'Ready Or Not', 'Hurricane' and 'Hello My Name Is'.

She also starred in the film Lemonade Mouth which was nominated for a Directors Guild of America Award and a Motion Picture Sound Editors Award.

While she hasn’t released an album since 2017, or acted since 2019, the future is bright for Mendler who told the Techsetters podcast earlier this year she has plans to venture off into a new career with her studies.

“I’ve written scripts, I’ve written music,” she shared. “But I also feel like I’m really building upon something with my research [at MIT] and so that’s something that I want to continue to build upon.”

Listen to The Spill, Mamamia's Entertainment podcast which is hosted by Kee Reece and Laura Brodnik. Post continues after audio.

Kyle Massey from Thats So Raven and Corey In The House. 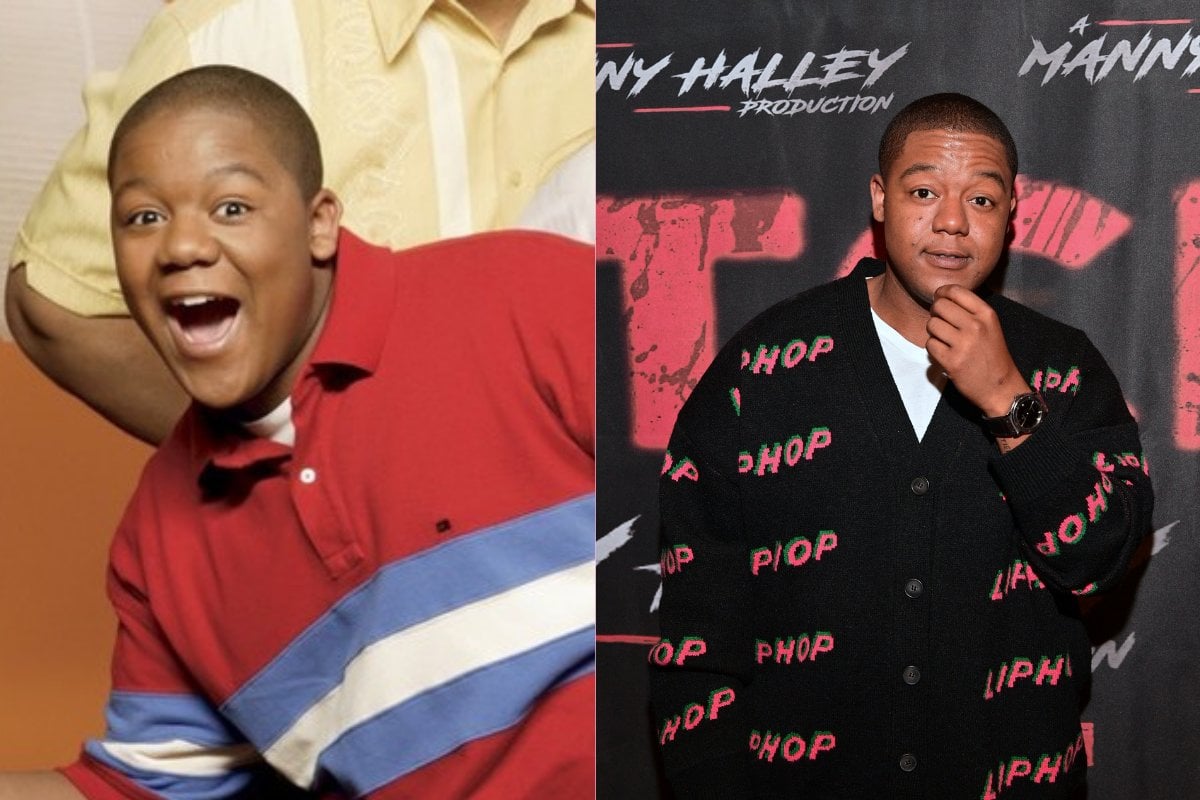 Kyle Massey, who starred in Thats So Raven and Corey In The House become a well-known public figure after his long-winded stint on Disney Channel.

He has kept up with his acting career, and most recently played Omar Benson on the TV series Millennials (I).

He was charged with one count of communication with a minor for immoral purposes in King County Superior Court in Washington, after allegedly conversing with the teenager via Snapchat.

The evidence supplied was handed over via a USB drive which allegedly had concerning material including of a man exposing himself and other explicit content.

The victim sued Massey in 2019 for $1.5 million, over allegations that he had sent "numerous sexually explicit text messages, images and videos" to her.

Raven-Symoné from That's So Raven. 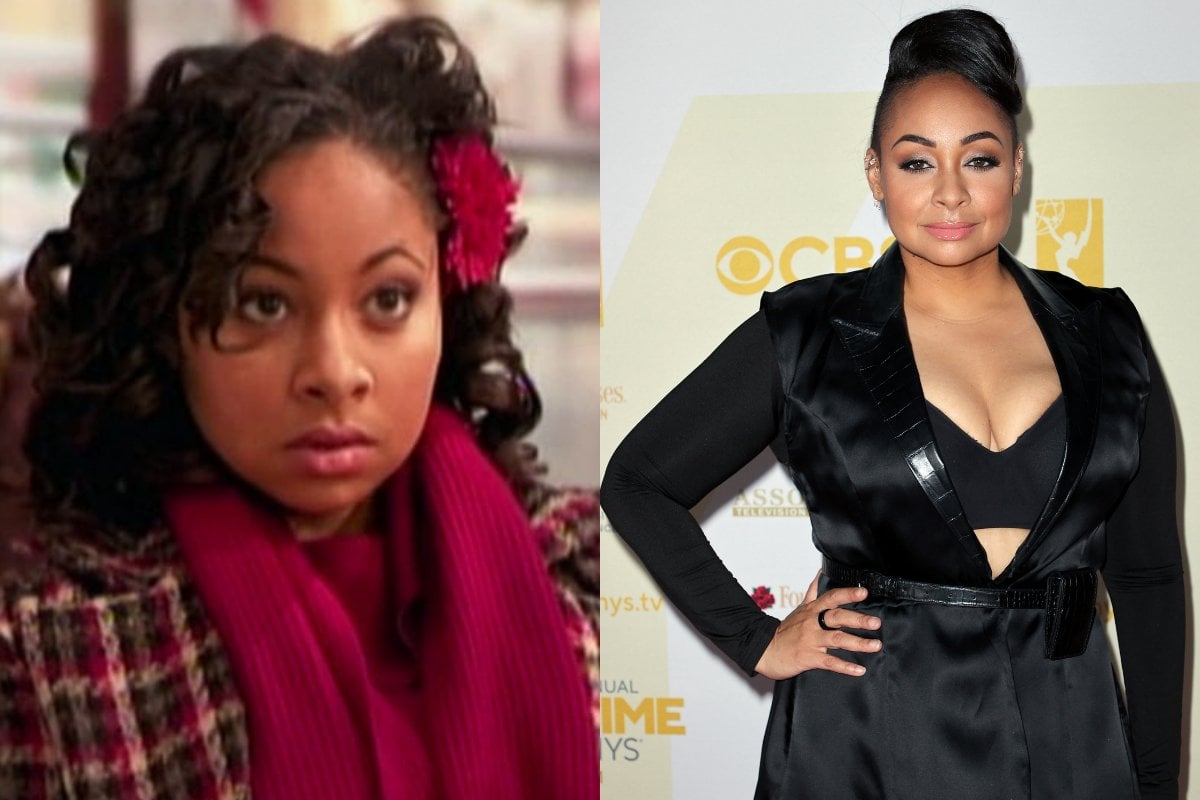 Raven-Symoné became one of the most recognisable faces for starring in the beloved comedy series That's So Raven.

It was a program so famous; it ran for five seasons and produced over 100 episodes during its tenure - a previously unheard of record for Disney Shows. That's so Raven was nominated for a number of accolades including two Primetime Emmy Award nominations for Outstanding Children's Programming in 2005 and 2007.

Her catapult to fame was swift and unstoppable, and she went on to star in a number of films including Cheetah Girls, Doctor Dolittle 1 and 2 and Tinkerbell.

The actor previously revealed she had struggled with child fame.

“I wish I was living now as a younger person. I probably wouldn’t have so many mental issues,” she told PEOPLE before further admitting she'd been body shamed for a majority of her life.

"It was definitely hard. I remember not being able to have the bagel or anything at – we would call it crafty, where it’s just a table of food, ready for you to eat whatever you want. And I remember people would be like, ‘You can’t eat that. You’re getting fat!’ I’m like, ‘I’m 7! I’m hungry!’"

In 2020, Raven married Miranda Maday, and even teamed up with Disney again for a reboot of That's So Raven with Raven's Home.

Just like the good ol' days, the show has become a smash hit and has since been renewed for a fifth season. 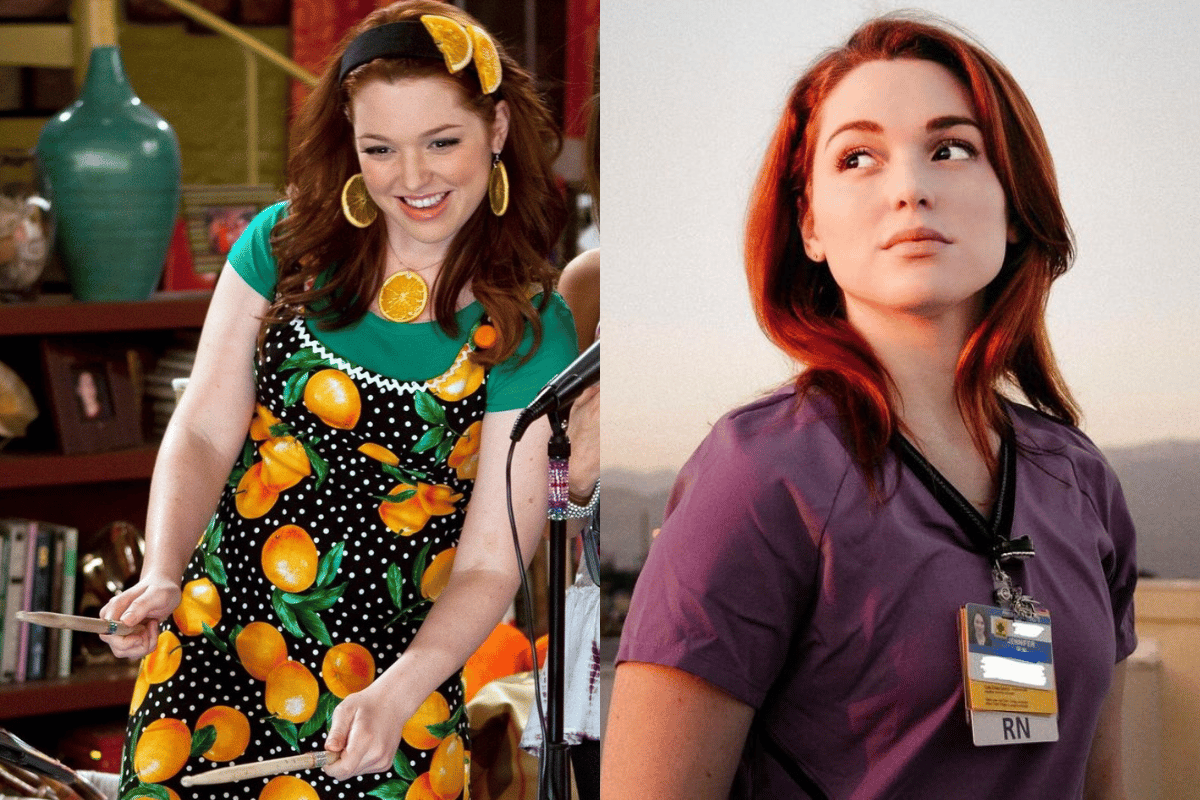 One of the most popular Disney Channel programs throughout the 2000s was none other than Wizards of Waverly Place. The cast, which featured the likes of Selena Gomez, David Henrie and Jake T. Austin would not have been complete without the quirky best friend Jennifer Stone, who played Harper on the show.

Her life now though in 2021, is far different to the road of fame she had mapped out for herself in the mid-2000s.

After Wizards of Waverly Place ended in 2012, she would go on to study psychology - that is until she was informed she had Type 1 Diabetes. The diagnosis uprooted her career trajectory and led her to venture into studying nursing instead.

"I'd been acting since I was six, so I took a break to go to school to just make sure that this is what I wanted to do and to just explore other options," she told Deadline earlier this year.

During the COVID pandemic, Stone admitted she had been working over 12-hour shifts.

"Our hospital has definitely been impacted, as I think every healthcare facility probably has," she said. "I think, as a nurse you're just hit with it a lot more upfront and to be honest, I look at it this way: during a 12-hour shift, it's not about me. It's about putting myself aside to help somebody else." 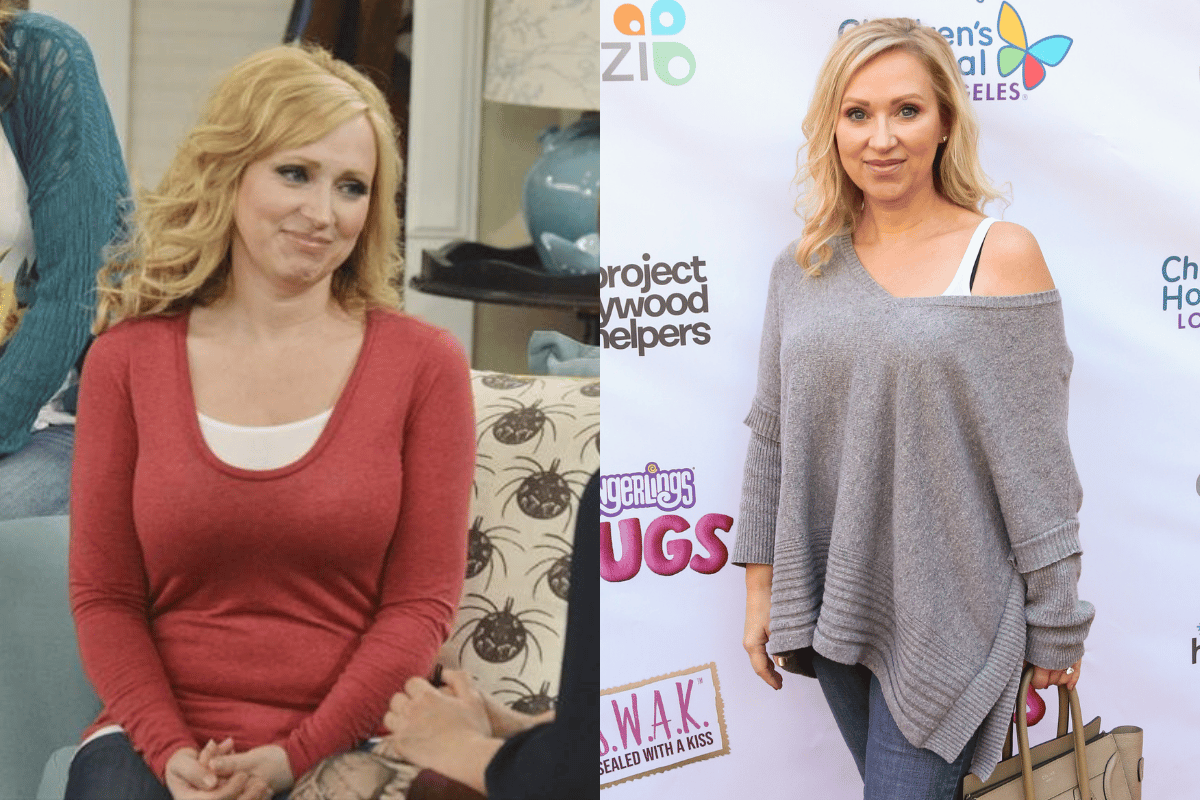 The former Disney Channel star played as Amy Duncan on Good Luck Charlie, and has since given up her career in Hollywood for a life far different in Tennessee.

In recent months however, Baker has been effectively “cancelled” in the eyes of the internet for a viral anti-mask rant during a school education meeting.

"My name is Leigh-Allyn Baker, and I’m a California refugee," she said during her controversial speech. "I gave up everything there: a really successful Hollywood career, television shows.

“I gave it all up for freedom and to come to this friendly place in Tennessee and be greeted with open arms, and I love it here."

She went on to share she had "two vax-injured children, and they have medical exemptions after the seizures and the hospitalisations after all of their immunisations," before revealing she had “obviously” been given a vaccine exemption.

"And still, I would never put them in a mask because their brain needs oxygen to grow, which the neurologists can confirm," she said. "Anyway, the real part of the clown show is that you all think that you actually have the authority to mandate this."

Listen to The Quicky, hosted by Claire Murphy. Post continues after podcast.

In November, Baker said she has no concerns over being “cancelled”.

“[The response] was everything from ‘you’re a hero’ to ‘you’re a bad villain’”, she shared on FOX Business.

The pair, who shot to fame through the Disney Channel program, went on to have fulfilling lives away from the spotlight.

Dylan didn't quite continue to go down the acting like his brother Cole, but he hasn't completely stayed away from the showbiz world. He took a brief hiatus from the glitz and glam of fame to focus on his video game design degree while studying at NYU.

Cole landed himself a reprising role on the Netflix original series Riverdale as the character, Jughead. Just like his brother though, he had a brief moment out of the spotlight while he graduated from NYU with a degree in archaeology.

Before he joined the cast of Riverdale, he even had an archaeology job in Brooklyn.

While he didn't initially enjoy fame as a child, he revealed he's come to accept the nature of being in the spotlight.

“I think [I am] more Zen,” he told PEOPLE in 2019. “The nature of celebrities changed a lot since the rise of social media. When my brother and I were doing The Suite Life, there was really no social media presence until I think the second to last year we were there, which was really the rise of Twitter.

"And then, I didn’t have a Twitter account until sometime deep into college, and so I kept kind of distant from a lot of that stuff. And even now, my social media is either a showcase for my photography, or just sort of a joke toilet.”