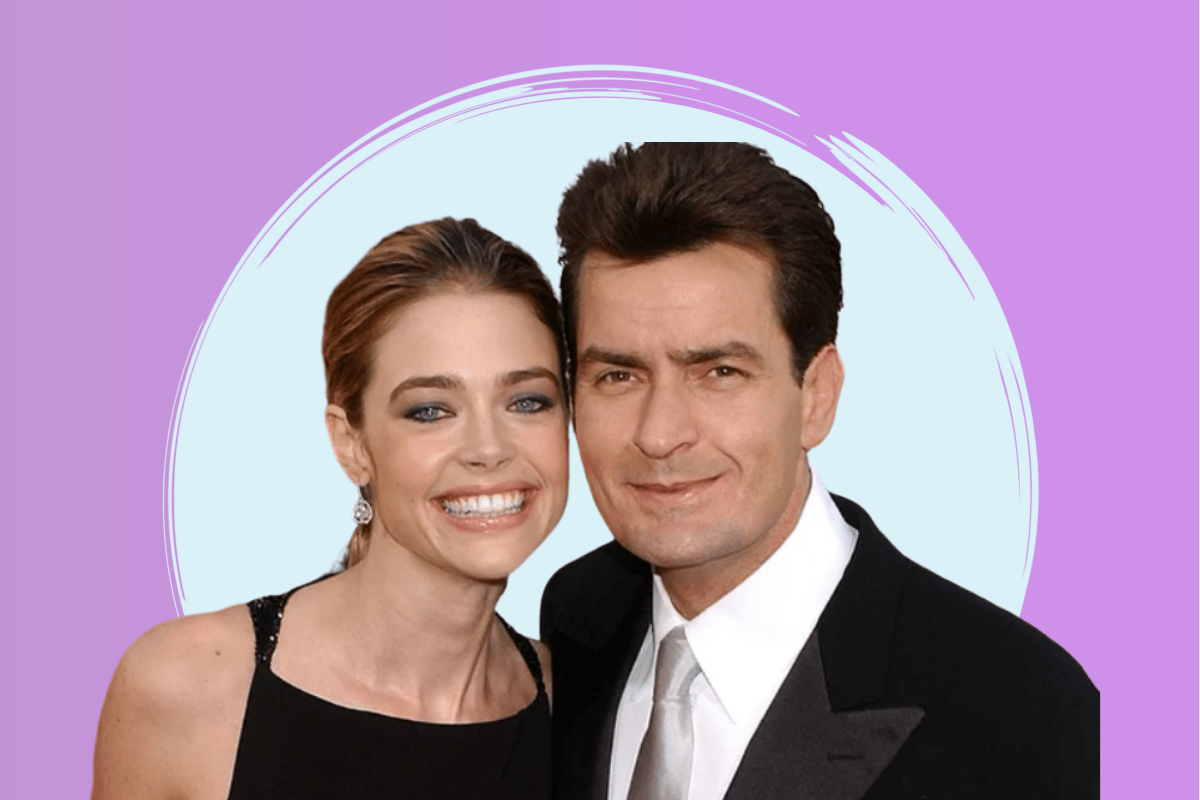 As Denise Richards and her best friend Patrick Muldoon chatted over lunch, the Real Housewives of Beverly Hills star came to a conclusion that surprised precisely no one: “My ex-husband’s aged me terribly I think,” she mused.

That ex-husband, of course, is Charlie Sheen.

In the segment on Real Housewives in 2019, Richards recalled an unusual Thanksgiving dinner she shared with Sheen and a sex worker he brought along to the occasion.

At the time of the admission and its worldwide broadcast, Sheen was reportedly furious Richards brought it up. However, she later spoke further about the bizarre family meal on the popular Daddy Issues podcast.

During the episode, she discussed how her father reacted to the stranger joining them for the festivities.

“He (Sheen) told me, ‘Hey, I want you to know so and so’s here, don’t worry she’s going to be in the car in the driveway while we eat dinner,’” Richards recalled.

“I’m like, ‘I cannot have her sitting in the driveway.’”

On inviting Sheen's guest in to come in and sit down, Richards told their two daughters a white lie; that the woman was the assistant of another friend, who also joined them.

But her father, Irv, suspected something was up.

“My dad was seated next to her and he came up to me while we were all talking and stuff and said, ‘I think there’s something not right with that woman,’” Richards said.

“I go, ‘Oh okay, why do you say that?’ He said, ‘I keep trying to talk to her and she just doesn’t say anything and I’m being friendly, making conversation.’ I’m like, ‘Dad, Dad, she’s a hooker, don’t ask her any questions.’

“He’s like, ‘She’s a hooker?! I said, ‘They don’t always dress in fishnets and lingerie, Dad!’ And he was like, ‘That was nice of you to invite her in for dinner.’”

Richards and Sheen met in 2000 while filming Good Advice, but they didn't begin dating until 2001 after Richards appeared on Spin City.

By their second date Richards said she knew Sheen was "the one".

“I knew that this is the one, but I wouldn’t tell him that. I didn’t want to scare him away by saying, ‘You’re my future husband!’ and have him run for the hills,” she told People.

Sheen proposed on Boxing Day 2001. During their engagement, Sheen had Richards' name tattooed on his wrist and after their wedding on June 15, 2002, Richards decided to get a similar one for him -  she's since had it covered.

During their marriage, Richards and Sheen continued to work together when Richards took on a recurring role on Sheen's sitcom Two and a Half Men.

In March 2005, while seven months pregnant with their second daughter Lola, Richards filed for divorce. They briefly reconciled after Lola's birth, but a year later in April 2006 she filed again.

a gaggle of awe sum!!

The divorce was... well, it was one of the messiest divorces we can recall.

“I told the Respondent that if the Respondent proceeded with his threats to take me to Court over the children for overnight visitation, that I would have to tell the truth about what he had done. He told me that ‘I will never get to Court because I will be f**king dead!’ He told me to enjoy my parents ‘while they are still around.’ I took this to mean that he was not only going to do me harm but also do harm to my parents,” Richards explained in the filing.

"In December of 2005, the Respondent and I took a vacation in Barbados without our children. It was my intention to discuss certain serious matters with the Respondent during this trip and to try and understand why the Respondent was participating in certain activities, which were repulsive to me and to convince him to seek help for the sake of our children," she said.

"Prior to our trip, I learned that the Respondent was accessing gay pornography sites which I found even more disturbing because I felt that the boys looked underage," she added.

At the time, Sheen denied the claims that he threatened to kill Richards.

Since the divorce, Richards and Sheen's relationship has regularly gone from toxic to amicable to even more toxic.

Sheen went on to marry Brooke Mueller in 2008. They divorced in 2010 following allegations of domestic abuse and in 2012 and 2013, Richards acted as a temporary guardian to their twin sons, Bob and Max, while Mueller went to rehab.

"Brooke knows anytime, and Charlie, that any time they need help with the boys, that I'm there," Richards told Access Hollywood in 2011.

"They're our family and they're Sam and Lola's brothers and I can't imagine growing up without my sister, so anytime she needs help, I'm there for the boys... I know it doesn't seem normal, but it is our normal. They're little kids and I love children, and like I said, it's our daughter's brothers, so I can't say no."

In 2016, Richards sued Sheen for raiding a $7 million trust that was meant for their daughters and for evicting them from their home.

In 2021, Richards and Sheen's relationship with their eldest daughter, Sami, has come under the spotlight.

Earlier this month, the 17-year-old made headlines when she posted a TikTok video claiming she had been living in an "abusive household". 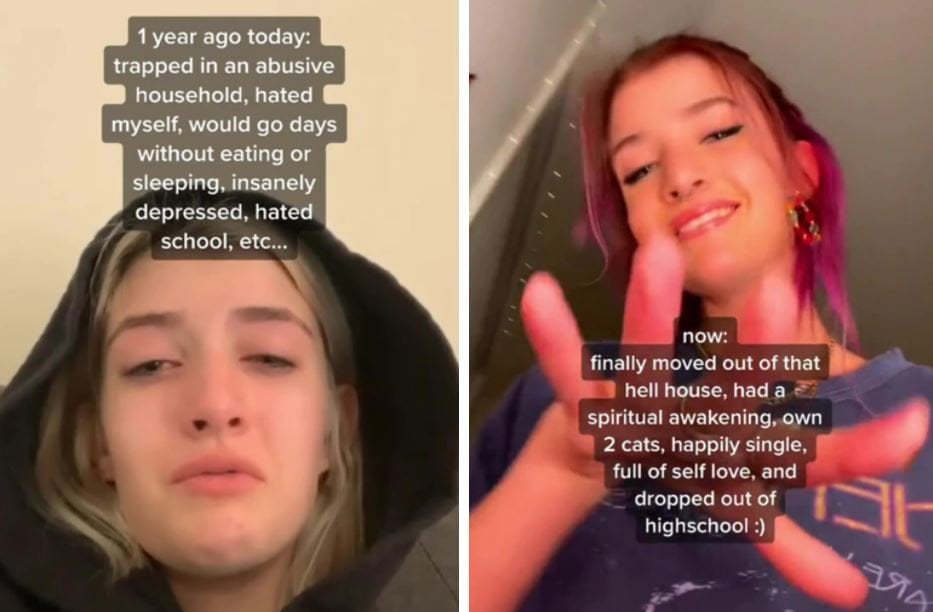 In the video, which has since been set to private, Sami shared footage of her looking upset with the caption, "One year ago today: trapped in an abusive household, hated myself, would go days without eating or sleeping, insanely depressed, hated school, etc …"

The video then cut to a clip of her smiling with the caption, "Now: finally moved out of the hell house, had a spiritual awakening, own two cats, happy single, full of self love, and dropped out of high school :)."

While Sami did not specify which parent she was living with, a source reportedly told Page Six that she was staying with Richards last year.

Sheen later confirmed that Sami is currently living with him, according to US Weekly.

"Sam’s amazing. I love her and all my children unconditionally," he told the publication through his rep, Jeff Ballard. "We’re having a ball. GED here we come!"

However, a source tells Us that Richards and Sheen simply have very different parenting styles.

“Denise is just like any other divorce parent dealing with a rebellious teenage daughter,” the source says. “It’s better for Sami if Denise and Charlie were co-parenting her during this time. They are not. Sami is living with Charlie at his apartment in Malibu.”

“Denise wants her daughters to have boundaries, not be out all hours of the night, and she has no desire to be their friend at this time of their life. The time will come later as the girls grow older for Denise to be their friend," they added.

“Charlie is the good time dad, and well, rules and curfew aren’t really set in stone. And that is why Sami went to live with her dad.”

Richards has previously spoken about the struggles of parenting teenagers on the Real Housewives of Beverly Hills.

"I’m struggling with parenting right now with my teenagers. Sami, I think sometimes she does things hoping to get a reaction out of me. It’s not easy," she said in May last year.

Meanwhile, Richards and Sheen have worked hard to have a civil relationship.

Richards told PEOPLE in 2019 that she had no regrets about their relationship, or the more-than-a-decade of drama that followed it.

“I was never bitter about my divorce,” she said. “Going through everything, it changed me. But I love life and I’m a glass-half-full kind of person. And I did my best to rise above it.”

“No matter what happens, Charlie can call me at any point,” Richards added. “I don’t see our relationship as a failure. It’s a journey. It went a different way than we anticipated, but that’s okay. And I will always be a good friend to him.”