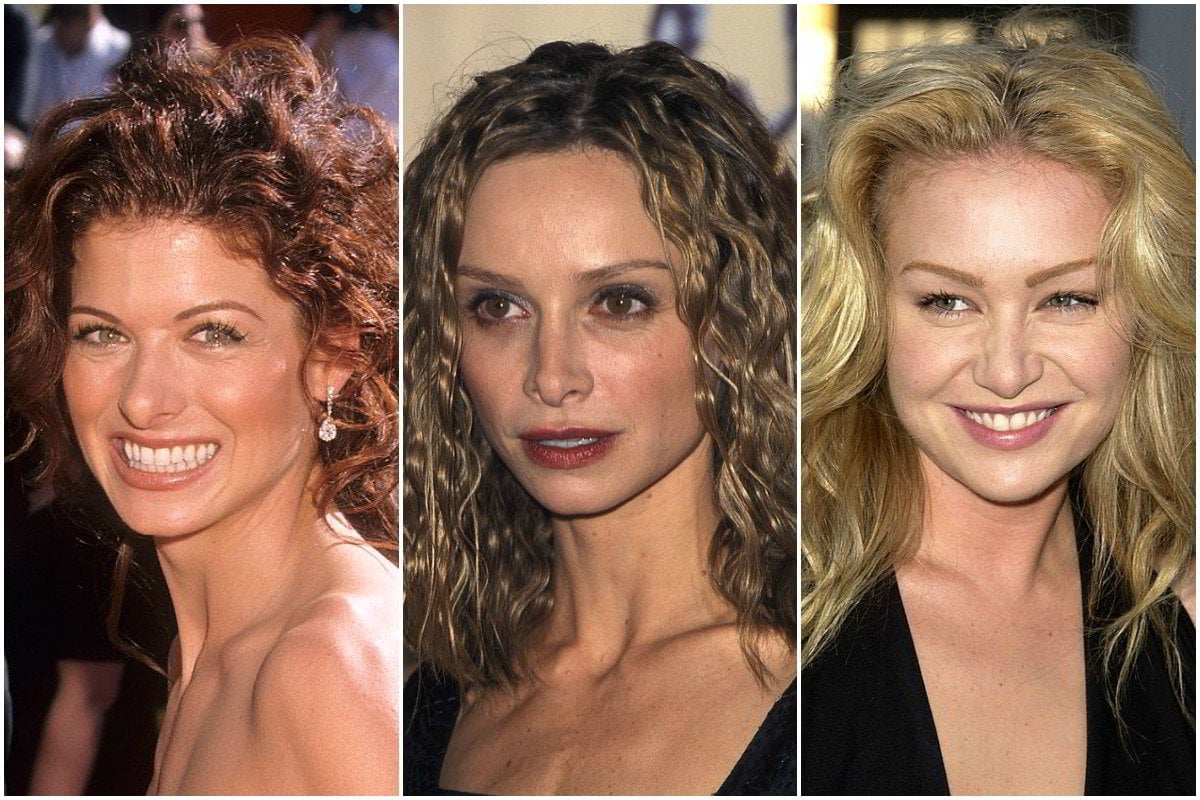 In the late 1990s and early 2000s, the most famous women in the world were disappearing before our eyes.

On television, in movies, in the pages of magazines (a Big Thing, then), the actresses, models and socialites we obsessed over were teeny-tiny, with as flat a chest as possible, collar bones you could slice cheese on, and shoulder blades that protruded like tiny, demonic wings.

In a sit-com, on a red carpet, in a paparazzi shot taken outside a club, the most-desired female aesthetic of the time was the "lollipop" - very, very thin arms and legs, and a head that looked too big for your neck to support.

Watch: Where are they now? Our celeb crushes from the 90s. Post continues below.

Shocking, isn't it? To talk about a woman's body in that way. Like she's not a real thing. Like she's an object.

We don't do that anymore. Not in polite company, anyway.

Now, when I'm watching re-runs of Will And Grace on Stan and seeing Debra Messing shrink away to almost nothing as the seasons wind back in time, I'm not meant to say anything at all. Women come in all sizes, anyway, right? Maybe Messing was just naturally thin when she was super-famous on TV. Lots of women are.

And there were plenty of them all over our TV screens at that time. Jennifer Aniston and Courtney Cox in Friends, Calista Flockhart and Portia de Rossi in Ally McBeal. Sarah Jessica Parker in Sex And The City. Soon enough, the Desperate Housewives.

It was the age of the Size Zero fetish. Over in the LA nightclubs and the shiny back gossip pages of the magazines there was Rachel Zoe, Nicole Richie, Paris Hilton, Mischa Barton. Every one of them smaller than the other.

By those noughtie days, I worked in gossip mags, and picking out frames where the bones looked particularly spiky was stock in trade. SCARY SKINNY we would type into the cover template. The next image over? LOSE 5KG FAST, next to one of the same women, looking slightly less unwell, in a bikini.

But, surprise. It turns out, women weren't just naturally thinner in the 1990s. Tiny wrists weren't a by-product of acting talent. These women were starving themselves, en masse.

This week, Debra Messing appeared on Jameela Jamil's I Weigh podcast and addressed that version of herself, the 90s one in the handkerchief tops, no bra, no hips and no bum.

"When I started Will & Grace, I was a size 8," she said on the podcast. "And what happened was, every time I would go in for a fitting, I couldn't fit into clothes. You know, 80 percent of it I couldn't fit into, and I would leave just hating my body and hating myself."

So, Messing said: “I thought, ‘My life would be so much easier, and it would be easier on everybody trying to do their job, if I just lost weight. So I started doing yoga every single day and I did one of those meal delivery services. I started to get smaller and then I was a 6, and they were like, ‘You’re losing weight, you look amazing!’”

Messing also said that standing with the Ally McBeal cast on the red carpet at the Emmys was wicked motivation to stay tiny.

Ally McBeal was a TV show about a group of young lawyers in mini-skirts, it was clever and cool and it starred Calista Flockhart and Australian actress Portia de Rossi. They both say now that while they were on the hottest, most-awarded show on TV and gracing every mag cover, they had well-established eating disorders.

De Rossi wrote a book about it, saying she used to spit out her toothpaste to avoid wasted calories and saying of the McBeal years: "I bought two treadmills – one for my apartment and one for my dressing room so that I could work out at lunchtime. I’d never had exercise equipment in my dressing room before, but I didn’t invent the concept. Many of the Ally McBeal cast members had them. I also hired a nutritionist."

Flockhart says it was a brutal time. "I was working 15-hour days on the set and then I was dealing with the end of the show, which was basically my life. I started under-eating, over-exercising, pushing myself too hard and brutalising my immune system."

Over on Friends, Jennifer Aniston was the girl everyone wanted to be. Including Jennifer Aniston, who told Rolling Stone back in 1996 that her agent telling her to lose 14kg was the best-ever career advice. "My agent gave it to me straight. Nicest thing he ever did.... The disgusting thing of Hollywood - I wasn't getting lots of jobs 'cause I was too heavy."

And standing next to Aniston, Lisa Kudrow was deep in self-loathing. "You see yourself on TV and it’s that, ‘Oh, my God, I’m just a mountain of a girl,’” Kudrow told podcaster Marc Maron last year. “I’m already bigger than Courteney and Jennifer — bigger, like my bones feel bigger. I just felt like this mountain of a woman next to them. Unfortunately for a woman, if you’re underweight, you look good."

None of this worked out very work out well for anyone. "My body just could not hold out," Messing said, of that 90s Will And Grace look. "My adrenals crashed, I was exhausted and it just became clear to me that I couldn’t be healthy and a size 2 at the same time."

Kudrow was also always unwell. “When I was too thin, I was sick all the time. A cold, sinus infection… I was always sick.”

De Rossi ended up collapsing on a film set in 2000. "I had osteoporosis and signs of cirrhosis of the liver," she wrote. "My potassium and electrolyte balance were at critical levels, threatening my organ function. I had to accept that I’d chosen the wrong road."

The glamorous world of Hollywood, built on women's self-deprivation, misery and sickness. ﻿

Somewhere around 2010, we swapped the lollipop look for Kardashian curves and an athletic strength. For booty and boobs and thick thighs, Michelle Obama arms and Tracey Anderson six-packs. Still unattainable to many, still women as objects, but objects, at least, that can run, jump and stand up without fainting.

Women really do come in all sizes, and no, we're not supposed to talk about bodies any more, and thank God for that.

But also thank God that Debra Messing and Jameela Jamil are sitting down and breaking that taboo, if only to point out to us all that no, people weren't thinner in the 90s.

We just had a different way of torturing and taming famous, beautiful women then. One that handily trickled down to torture and tame every other women, too, who also made themselves sick trying to disappear.

The 90s have been 'back' for a while, as a quick look around at young women in Doc Martens, crop tops and matte lipstick can attest. But now that the hospital curtain has been drawn back on what it took for the icons of the era to look the way they did, let's know that including body size and shape in a trend report is never good for women.

And that it's better for everyone if the "lollipop" look is one that never comes back into fashion.

Reply
Upvote
1 upvotes
As a teen in the 90s, this definitely was unhealthy. I thought I was too fat, too ugly and all the models and women on TV were impossibly thin, and magazines were just waiting to catch a dimple or a bloat and gleefully declare that so and so is getting fat. As a normal sized teenaged girl, this was devastating to my self esteem (and the boys in my class didn't make it any easier, comparing girls to size 0 models)
At least these days we are starting to see diversity in who models stuff and who is cast in tv shows. It really is changing.
M
mamamia-user-180334588 2 years ago

Reply
Upvote
2 upvotes
Finally - however there are still too many 'thin'actors on USA shows, English shows more realistic.
However it is also time to embrace ""grey hair'''- we still do not see it. Women on screen (tv or films) are still shamed by men to dye their hair. Where are the feminists who burnt heir bras, why are they not calling this out - why are the strong female role models - journalists, tv hosts etc not speaking out?
C
cat 2 years ago