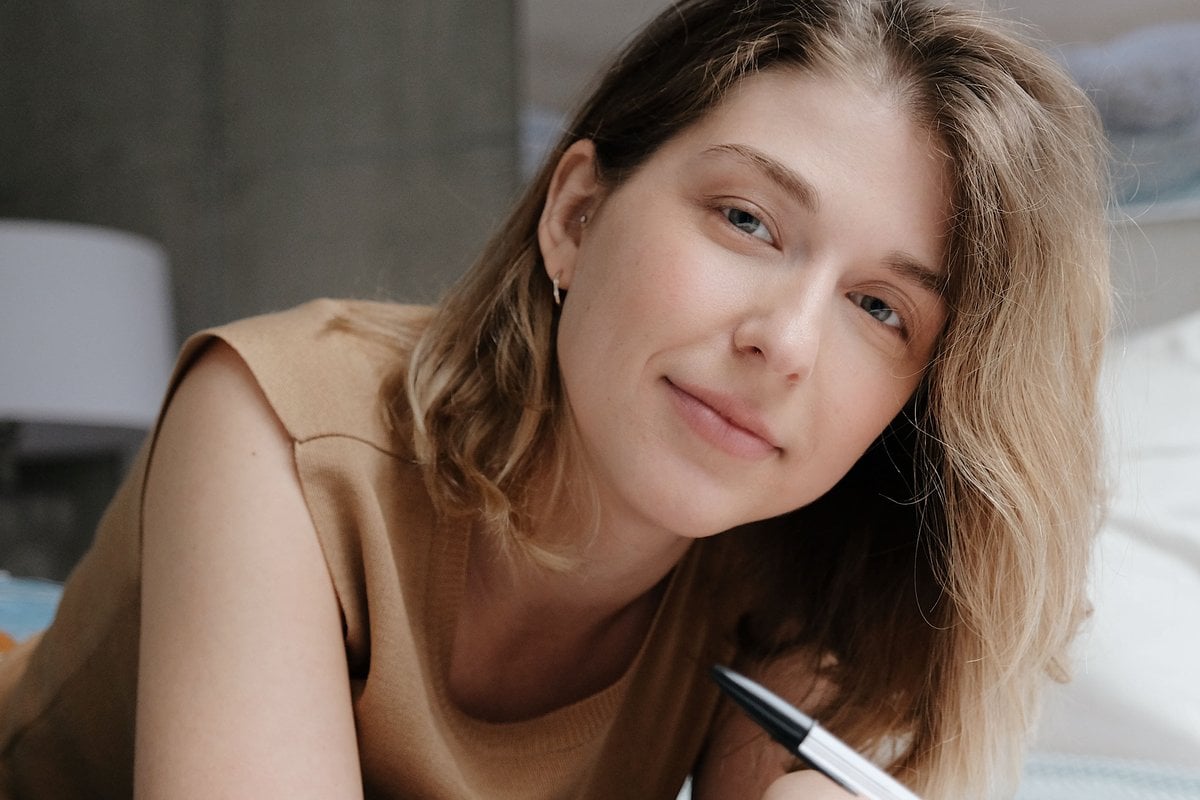 When I met Angelo, I quickly realised we had very little in common.

At the time, I had been talking briefly with another man, Eric, for about a week. We enjoyed the same films, had easygoing, lively conversation, and generally had a shared interest in one another.

However, I didn’t initially get the impression that Eric was looking for something serious, as we didn’t talk all that regularly and he had never asked me out on a date. It was harmless, yet still a little exciting.

When Angelo suddenly entered the picture, it was clear we shared an instant physical attraction. It was hard to make conversation outside of having a few drinks, and wedding bells existed in an altogether different universe than the one we shared. Still, we were curious about each other.

One night, Angelo and I were with a group. I hadn’t spoken to Eric at all that day, and he was barely in my mind as I flirted incessantly with Angelo. Several hours into the night, we ended up in my bedroom. We had fun, casual sex. The next morning, we smiled and said goodbye.

I continued to see Angelo and saw Eric a few times in between. Eric still hadn’t asked me out or made any kind of verbal indication that he wanted us to be monogamous.

Truthfully, I couldn’t tell if he was really all that interested in me. We didn’t have sex, and we hadn’t even kissed. Mostly, I just wanted to see where it could go (while still privately having fun with Angelo, who knew my intentions with Eric).

One night, when Eric was over, a text popped up from Angelo. Eric side-eyed my phone, then crossed his arms.

“So it’s true,” he said, his mouth a razor-straight line.

“What is?” I asked, oblivious.

“That you’re seeing Angelo,” he offered, his voice low. I hadn’t known Eric really even knew Angelo, though we did travel in similar circles.

“Oh,” I laughed, “Only sort of. It’s just casual. If you and I were to ever start dating, I have no intention of continuing to see him,” I explained, calmly.

“Is that… a problem for you?” I asked, leaning forward.

“I just don’t think I like you as much anymore,” he uttered.

“You’ve… been with him. I don’t like you anymore.”

After a few more sentences uttered back and forth, Eric left.

The wretched curse of the double standard

I had never been really seeing two people at once before and figured all parties involved didn’t have that much skin in the game. If Eric wanted to get serious, I’d stop seeing Angelo. Simple as that.

Angelo knew I was interested in Eric, and it wasn’t Eric’s business who I was sleeping with. I never intended on sleeping with them at the same time, and Eric hardly made it clear he wanted to date rather than double down on what Angelo and I had been doing.

From a young age, promiscuous men are celebrated in society. In films, books, all kinds of media - to be a promiscuous man means to be attractive, desirable, and "hard to catch".

I think we all know how society refers to women who are promiscuous. There are some nasty, degrading words out there for that.

What happened between Eric and I was probably just a misunderstanding. He couldn’t communicate his feelings for me, presumably out of fear, and I didn’t understand he wanted monogamy. The key, though, is that his version of monogamy reminds me of a dog. A dog that doesn’t want other dogs p*ssing on his fire hydrant.

That’s what it feels like to be told someone doesn’t like you because you’d been casually sleeping with someone else.

As if the “freshness” of the mark made it all the worse, and being with you would be degrading for them.

You having slept with another person so recently would be a direct attack on their sense of manhood, of possession - obviously, you’re supposed to be an object to be coveted and praised. Not one that came from right off the block.

Ironically, Angelo didn’t care that I was interested in Eric. He assumed it would work out one way or the other, and he never treated me with less respect, even though we had zero commitment to one another.

It’s funny - I was instinctually interested in a man who didn’t respect me, but could casually sleep with the one who did.

The attempt to shame is only fuel to my sexual fire.

I wondered for a long time if I did something wrong. I wondered if I should’ve put all my eggs into one, uncertain basket, just to avoid the risk of a humiliating misunderstanding.

Or to have a fighting chance of being with a decent person in a healthy relationship. I wondered if the “key” to beginning a new relationship always involved careful courtship with preservation of sexual self, as most of society would like for us to believe. Then I realised…

I’m allowed to sleep with who I want and when I want, as long as I’m not breaking my commitments. And I wasn’t. Eric hadn’t so much as mentioned us being together in any significant way.

It’s a common grievance of men that women expect them to be mind readers. Well, clearly it can happen on both sides.

I didn’t owe either Eric or Angelo anything at any point during our acquaintance. Not my body, not my mind, and certainly not my “purity.” I only owe myself. I owe myself everything.

It can be hard to feel justified in your actions when people are hell-bent on humiliating you. Especially as a woman, standing your ground in your expression of your sexuality is a constant uphill battle.

Men, and even other women, will try to shame and embarrass you. There will always be a convoluted reason why a woman owes a man or society her purity, and almost never the other way around.

There will always be a reason why a woman can’t discuss her sexuality openly, or her sexual past with even her current partner, without the fear of being shamed or ridiculed — such is the life of a woman in this world.

Though my story is a slightly more tame one of sexual shaming, I doubt it’ll be the last time in my life when I experience it. It certainly wasn’t the first.

Ladies, keep doing you. I know I will.

Let them hate it.

Charlotte Ivan is a poet, fiction writer, and essayist based out of the Northeast. Her work is characterised by tactile, inventive language and a strong emphasis on imagery. You can usually find her slinking around a movie theatre or writing a strange poem in her pyjamas. Find more from her at her website here, her Instagram or on Medium.

Reply
Upvote
It's silly to say it's a double standard when only one side can get pregnant.

Reply
Upvote
1 upvotes
@scottdarrygriffiths You do realise not all sex leads to pregnancy, don't you?
That argument isn't about pregnancy, it's about people enjoying sex.