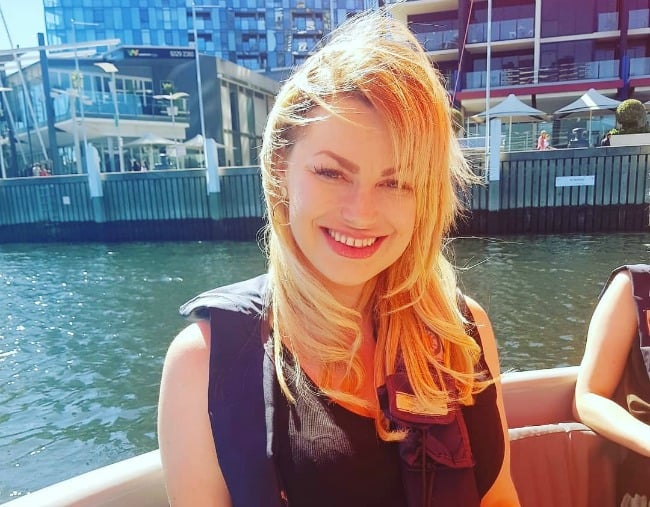 “If you’re seeing a woman in her 30s, it happens on every second date – without fail. It’s so awkward. They don’t even know they’re doing it – but when I hear those words, I go running.”

As a dating expert, I’d heard the same complaint hundreds of times. It’s an epidemic striking fear into the hearts of unattached men. Are you a single woman? In your 30s? Have a job? You’re probably guilty of giving The Career Woman Quiz.

Eligible bachelors with potent sperm counts from across the world are fed up with us women with full time jobs asking nosy questions on our dates – and it’s about time we reflected on how this makes them feel.

Let's take five minutes from silly tasks like living our lives and checking our email to look at how we can avoid terrifying poor men with questions about our future.

"What are you looking for?"

Despite people using dating apps for anything from friendship to marriage, it's essential you DON'T ask your male mate what type of relationship he is searching for. This is stressful, and very forward, and generally too much for men.

Instead of scaring him by being clear about your hopes and dreams, simply wait six months until you're deeply invested and blurt it out during an argument.

"Do you want to get married?"

Being a career woman, you've likely neglected the fourth finger of your left hand for less essential matters such as postgraduate study, home ownership or charitable giving. It's OK – we all make mistakes. Asking your date if he ever plans to walk down the aisle is a huge error as men are wild stallions, unbridled by women's domestic ways. It's best to be vague and drop hints by wearing white and showing him your engagement ring Pinterest. You'll figure out if he wants to get married when he either proposes or you die alone.

"Do you want to have kids?"

While they're not preoccupied with climbing the corporate ladder, single women in their 30s are busy neglecting their barren wombs – and generally this oversight is realised on a second date with a sperm donor. Sorry, I mean man. Considering our worth is dependent on how many children we spawn, The Career Woman may feel drawn to ask her Tinder date if he wants to have a family. Calm your throbbing ovaries! Don't scare your date off by asking about children. By simply analysing his diet, monitoring his weight and subtly determining his genetic history, you'll be able to gauge whether he's ready for fatherhood. Bonus tip: there's no better time to obtain a hair sample than during the throws of passion.

OK. I'm done making jokes. Let me lay down the hard truth for you. There's nothing wrong with being honest, open and clear with what you want. You can tip toe around men. Tell them what they want to hear. Avoid the big questions. But mark my words – you won't get what you want. As for me, I'm unafraid of The Career Woman Quiz – in fact I embrace it. I pride myself on being upfront. And to be honest, the men who are afraid of these questions probably aren't the right guys for me. Or you. So climb that corporate ladder, buy that house, change the world and remember – if he's afraid of a few questions – he ain't ready.

Speaking of dating, if you're into The Bachelor, listen to Bach Chat, our recap podcast of the last week of drama in the Bachelor mansion.

On first dates, I always remark over a latte' and cinnamon scroll how gorgeous our seven children will be, it's a cracker of an ice-breaker I reckon.

Honestly, I read that multiple times and I'm still lost what the point is - Guess I'm changing my name to Clueless Dude now.

I find most men start their first message with "What are you looking for?" . It's not polite, they just can't be bothered in even chatting to someone not up for a one night stand tonight.