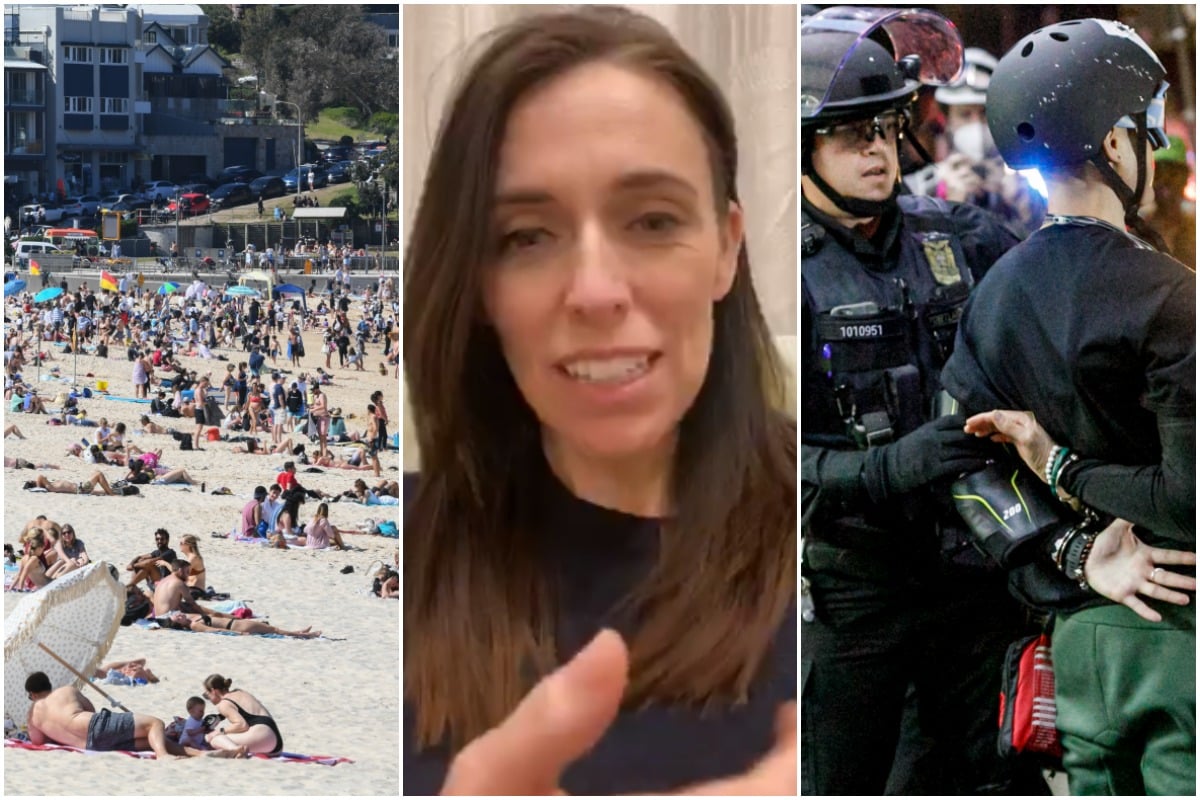 Victoria has recorded 41 deaths as cases drop to 73.

Victoria has reported 41 coronavirus deaths, an Australian daily record, although only 19 of the fatalities are new.

It takes the state's death toll to 565 and the national figure to 652.

The previous highest daily toll was 25 on August 17.

When the Department of Health and Human Services released the daily figures on Monday, it explained 22 of the fatalities were people who died before August 27. They were reported by aged care facilities to the DHHS on Sunday.

But there was good news on new case numbers, with 73 cases the lowest figure for Victoria since July.

Victoria has reported 41 new coronavirus fatalities, including 22 deaths in the weeks leading up to August 27. https://t.co/uotE0kDDdX

Also on Monday, Victoria's Police Association called for state of emergency powers to be extended.

A week ago, Premier Daniel Andrews sparked controversy when he announced the government wanted to extend the powers by 12 months to help deal with the coronavirus.

With the opposition immediately saying it would not support the proposal, the government was forced into negotiations with crossbenchers.

There has been talk of a compromise, with the extension reduced to six months, but there is no confirmation ahead of parliament returning on Tuesday.

Now the police association, a powerful lobby group, has released a statement on the issue.

"With 13 days to run on this current state of emergency, it is essential that parliament moves to maintain the framework that provides police and PSOs (public safety officers) with the capacity to help Victoria safely come out of lockdown," it said.

"There can be no adequate plan for a return to some normality, if the framework designed to ensure it's done safely and incrementally, is removed.

Arrests after protesters throw rocks and flares at police in Melbourne.

192 people were fined in just 24 hours over the weekend for breaching restrictions as dozens of protesters spent Sunday afternoon throwing flares and rocks at police on Pascoe Vale Road in Melbourne's north.

Of those fines, 20 were given to people who refused to wear a face covering such as a mask while out in public. 69 were for breaching the 8pm curfew, and 26 were given out at vehicle checkpoints.

Three young men - aged 22, 18 and 17 - were arrested after clashing with police at an anti-lockdown protest. The trio are expected to be fined for breaking stay-at-home directions and traffic-related offences.

The weather warmed up over the weekend, and many cooped up Victorians ignored the stage four lockdown rules to enjoy the sunshine.

Hundreds could be seen sitting on the sand, strolling on the foreshore and chatting with friends in the sunshine, despite only being allowed out of their homes for essential reasons such as exercise, food, medical treatment and work.

Victorian Premier Daniel Andrews was asked about the scenes on St Kilda beach on Sunday morning and said he “understood” the public’s desire to enjoy the nice weather yesterday.

“We do not want that. No day at the beach is worth that. I want to get past this so people can spend as much time at the beach as they want and can do it safely. This is not the time for that. These lockdowns are not imposed for fun," said Andrews.

Melbourne's stage four lockdown is due to end on September 13. 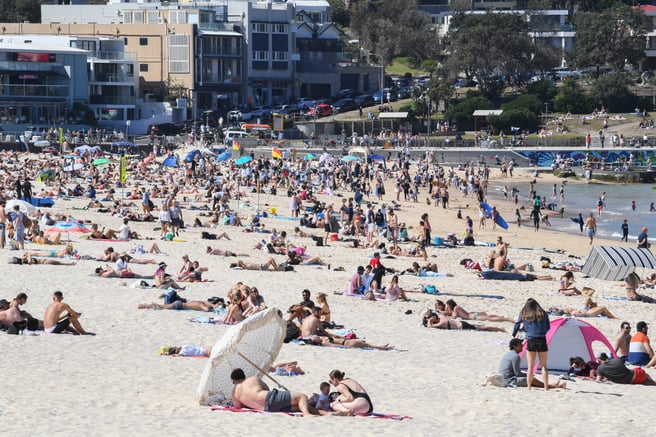 Seven new cases were announced in NSW yesterday with ten new cases today, but with no restrictions on gathering at the beach around 4000 people turned up at Bondi.

A Waverley Council spokesperson told the Daily Mail, "social distancing was being adhered too."

The Morrison government can expect to again feel the heat from opposition parties over its handling of the aged-care sector during the pandemic, when parliament resumes with more than 390 deaths linked to the sector.

At the same time, Treasurer Josh Frydenberg can be expected to continue to lead the attack on fellow Victorian, Premier Daniel Andrews, over his handling of the second-wave outbreak.

He told Sky News' Sunday Agenda program there has been a "litany of failures" by the Victorian government, but the premier hit back, saying "the strategy is working".

Victoria reported 114 new cases on Sunday after reporting 94 infections the day before, the first time below 100 since July 5.

NSW saw a COVID-19 cluster at a CBD gym swell to 28, while Queensland reported another four infections linked to a correctional services training academy in the state's southeast.

Ten new cases of #COVID19 were diagnosed in the 24 hours to 8pm last night.

Auckland, New Zealand, moved out of level three lockdown overnight, transitioning to a level being described by Prime Minister Jacinda Ardern as "level 2.5"

“For Auckland, you are at a form of level two that I am going to call level 2.5,” Ardern said.

“It is designed to keep us on track with our elimination strategy at level two in the scenario we now have, but it will only work if people follow the guidance, I understand it is easy to become complacent.”

Ardern updated her country about the changes coming into effect this week in a casual facebook live from her home.

The city spent 18 days in lockdown after a cluster of cases popped up in the country after 102 days of nothing.

Under level 2.5, shops, schools and hospitality can reopen under socially distanced rules, social gatherings are limited to 10 and masks are compulsory on public transport.

There are currently 136 active cases of the virus in New Zealand, with two new infections recorded on Sunday.

One dead as Trump supporters and Black Lives Matter protesters clash in Portland.

One person has been shot and killed in Portland, Oregon, as a large caravan of Donald Trump supporters and Black Lives Matter protesters clashed in the streets, police say.

An Associated Press freelance photographer heard three gunshots and then observed police medics working on the body of the victim, who appeared to be a white man.

Hours after a man wearing a far-right group's hat was shot and killed during clashes in Portland, Oregon, President Trump used his Twitter account to make inflammatory claims about the protests and advance a conspiracy theory calling them a coup d’état https://t.co/a1fAkGP9sy

The freelancer said the man was wearing a hat bearing the insignia of Patriot Prayer, a right-wing group whose members have frequently clashed with protesters in Portland in the past.

Portland has been the site of nightly protests for more than three months since the police killing of African American George Floyd in Minneapolis.

The chaotic scene came two days after Trump invoked Portland as a liberal city overrun with violence in a speech at the Republican National Convention as part of his "law and order" re-election campaign theme.

..The people of Portland, like all other cities & parts of our great Country, want Law & Order. The Radical Left Democrat Mayors, like the dummy running Portland, or the guy right now in his basement unwilling to lead or even speak out against crime, will never be able to do it!

- India has registered a record new 78,761 coronavirus cases in the past 24 hours, the worst single-day spike in the world.

- Researchers in South Korea have found that children can carry coronavirus in their noses and throats for weeks even if they don't show any symptoms, which might explain how the virus can spread silently.