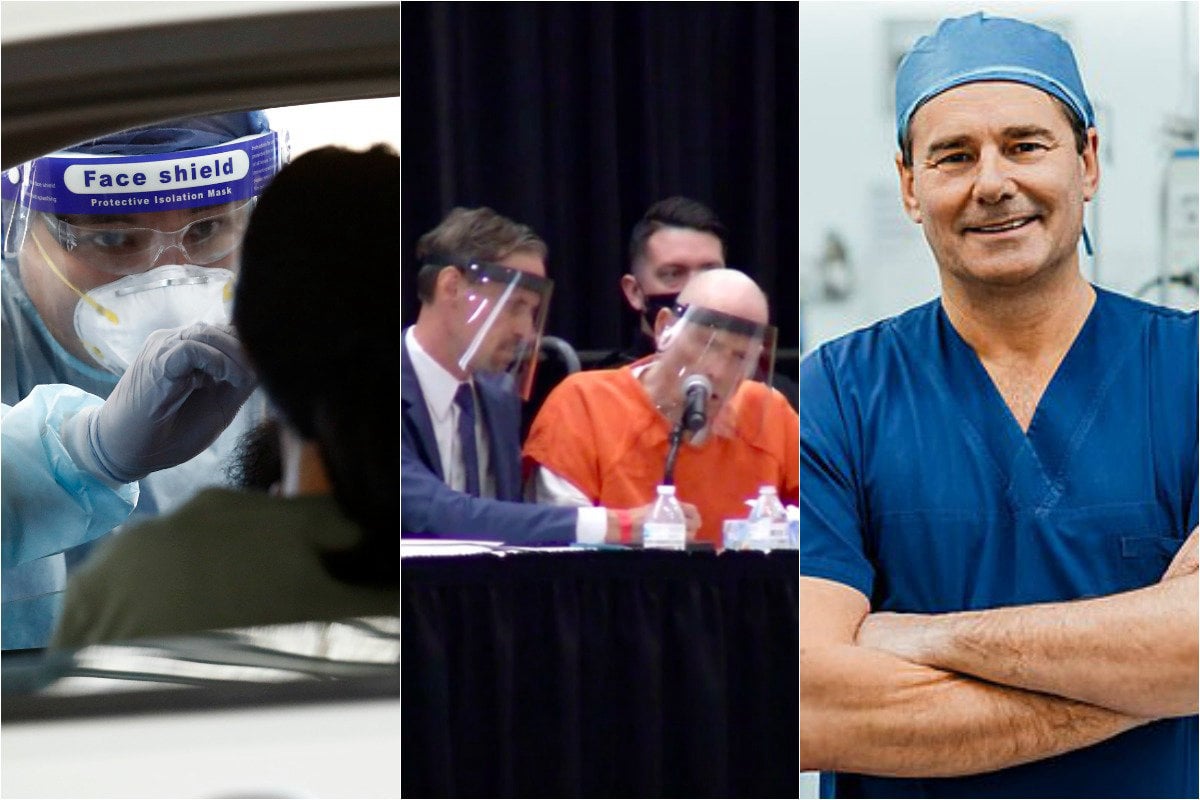 The Melbourne postcodes that have been put into lockdown.

The stay-at-home order will begin from 11.59pm tomorrow night, and is in place until at least July 29.

The suburbs affected include:

Residents living in these suburbs will face on-the-spot fines if they disobey the stay-at-home order.

"There will only be four reasons that you are permitted to leave your house and only if you really have to. For work or school, for care or caregiving, for daily exercise, for food and other essentials. They are the acceptable reasons to leave, but only if you need to," Premier Andrews confirmed.

"We have to limit the number of people who are going in and out of these postcodes and sadly we have to ensure that residents – families within these postcodes – do not leave their home other than for those four permitted reasons, and again, only when they need to."

Statement from the Premier on local restrictions: pic.twitter.com/d0JbQWHpEx

At this stage, schools in those 10 suburbs will remain open. As Victoria is currently at the start of the school holidays, that decision may change in the coming weeks.

The premier also explained that if the lockdown of suburbs isn't successful in curbing the spread of the virus, the entirety of Victoria could face lockdown again.

"These are extraordinary steps, these are not things we have had to do in the past but such is the nature of this virus, it is so wildly infectious that if we don’t take these steps now we will finish up in a situation than locking down ten post codes we will be locking down every postcode," he said.

Queensland border will open to all states and territories except Victoria.

Queensland's border will reopen to everyone but Victoria on July 10.

Faced with escalating cases of community transmission in Victoria, Queensland Premier Annastacia Palaszczuk said on Tuesday the border to Victoria would stay closed to protect residents from coronavirus.

Anyone travelling from Victoria - including any Queenslanders returning home - will have to quarantine at their own expense in a hotel, the premier added.

People from other states will be able to travel freely to the Sunshine State from Friday, July 10.

The premier met with health officials and colleagues on Tuesday to discuss the border issue as Victoria recorded more than 250 cases in a week.

The closure has been a point of frustration for border communities and industries desperate for customers and foot traffic after taking a hit during the global pandemic.

Palaszczuk and her Labor government have argued that keeping the borders closed has kept Queenslanders safe, while the Liberal National Party wants them opened to stop businesses going under.

Victoria COVID-19 outbreak to get worse before it gets better.

Victoria's growing coronavirus outbreak "will get worse before it gets better", the chief health officer has warned after the state recorded 75 new cases on Monday.

Chief Health Officer Brett Sutton said he expects to see "at least" as many positive cases in the coming days as test results pour in.

More than 50,000 COVID-19 tests have been done in the suburbs and Professor Sutton wants to see the results before deciding on any further measures to contain the virus.

Putting the suburbs into a second lockdown remains an option.

Monday's increase is the fourth-highest daily total for the state since the beginning of the pandemic.

The last time more than 70 new cases were recorded in Victoria was on March 31, when the state was in its strictest lockdown stage.

Queensland is expected to reveal future border restriction plans today, the state has had just one new case in nine days, in hotel quarantine.

The Victorian Joint Anti Child Exploitation Team, which is made up of state and federal police, says there was a 34 per cent increase in Victorian IP addresses seen sharing child abuse material, between August 2019 and May 2020.

During the same period, there was a 99 per cent increase in child abuse material files shared on P2P (peer 2 peer) networks in Victoria.

Several law enforcement agencies have evidence that online places such as the dark web are being inundated with new uploaded and shared material.

Police are concerned it could include material produced in Australia.

Carers are urged to speak with their children about online safety, know the risks and to monitor their activity online.

Court told top Sydney doctor punched his wife in the face after years of abuse.

A top Sydney neurosurgeon kicked his wife, and punched her in the face and stomach, after returning home early one morning heavily intoxicated, a court has heard.

Ms Steel can be seen walking through her Bellevue Hill home describing the assault she says occurred in December 2019, after her husband of 11 years returned home at about 6am. 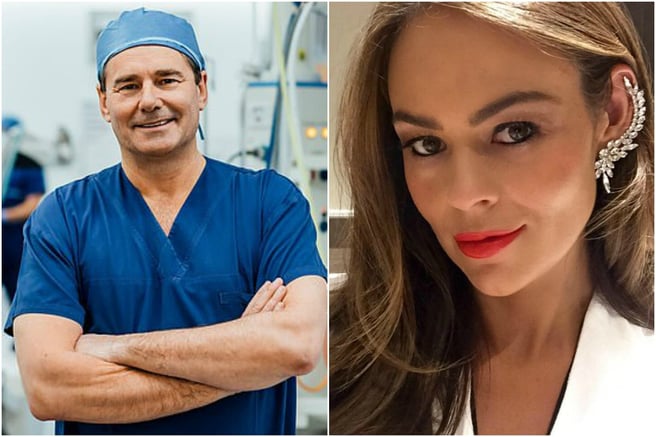 "I said to him, 'Tim we're not going to be able to go to lunch with our neighbours at Catalina'. I was trying to talk to him and getting no response," Ms Steel said.

Steel, 56, then allegedly attacked his wife, assaulting her four times, pinning her down and ripping her hair extensions out.

"I'm petrified because of the ongoing abuse" Ms Steel told police. "There's also been financial abuse... If I don't sign a post-nup our marriage is over."

On the morning of the alleged assault, Steel, a senior neurosurgeon and spine surgeon at St Vincent's Hospital, had spent the night in a hotel room with his receptionist and personal assistant.

A former police officer, known as the Golden State Killer, who terrorised California, has pleaded guilty to the murders of 13 people.

Joseph James DeAngelo Jr uttered the words “guilty” and “I admit” in a hushed and raspy voice, as part of a plea agreement that will spare him the death penalty, for a life sentence with no chance of parole. 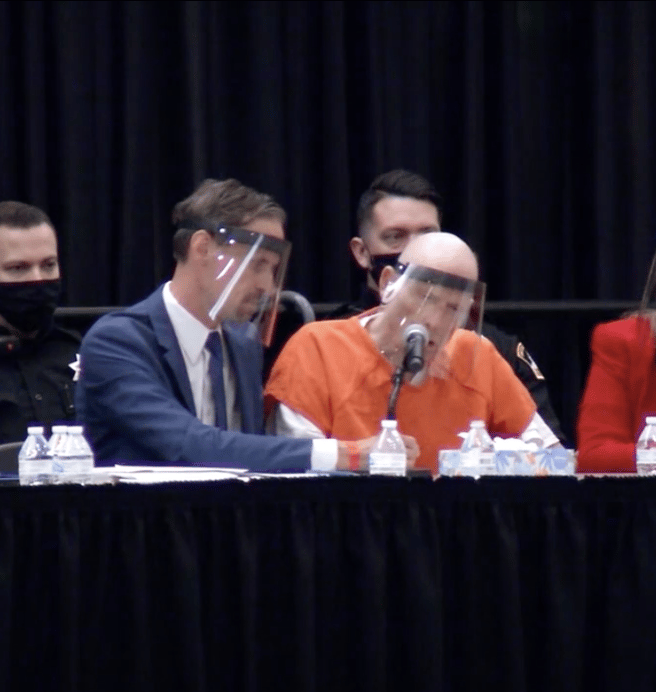 The 74-year-old has never publicly acknowledged the killings since his arrest in 2018. He is also accused of more than 50 rapes, and over 100 burglaries, committed in California from 1974 to 1986.

"The scope of Joseph DeAngelo's crimes is simply staggering," said Sacramento County prosecutor Thien Ho. "Each time he escaped, slipping away silently into the night."

The appointment was made because of the crippling financial impact of the COVID-19 pandemic, with the popular label sold in 1200 stores across 46 countries.

Hello sunshine! We could all do with the new Florence Sunflower colourway in our lives. Introducing an electric palette that will have you shining brighter than the sun on a warm summer's day. Sign us up.

Seafolly's move into adminstration points to gaps in various corporate relief packages set up by the Australian government during the shutdown, such as a wage subsidy scheme and a deferral of certain financial reporting obligations to help companies stay afloat.

- The EU has named 14 countries it deems safe to let in from July 1, with the US, Brazil and China excluded from that list. Australia, Canada, Japan, Thailand and South Korea are all on the approved list.

- Polls in Russia show 76 per cent of voters support reforms that could allow President Vladimir Putin to extend his rule until 2036.