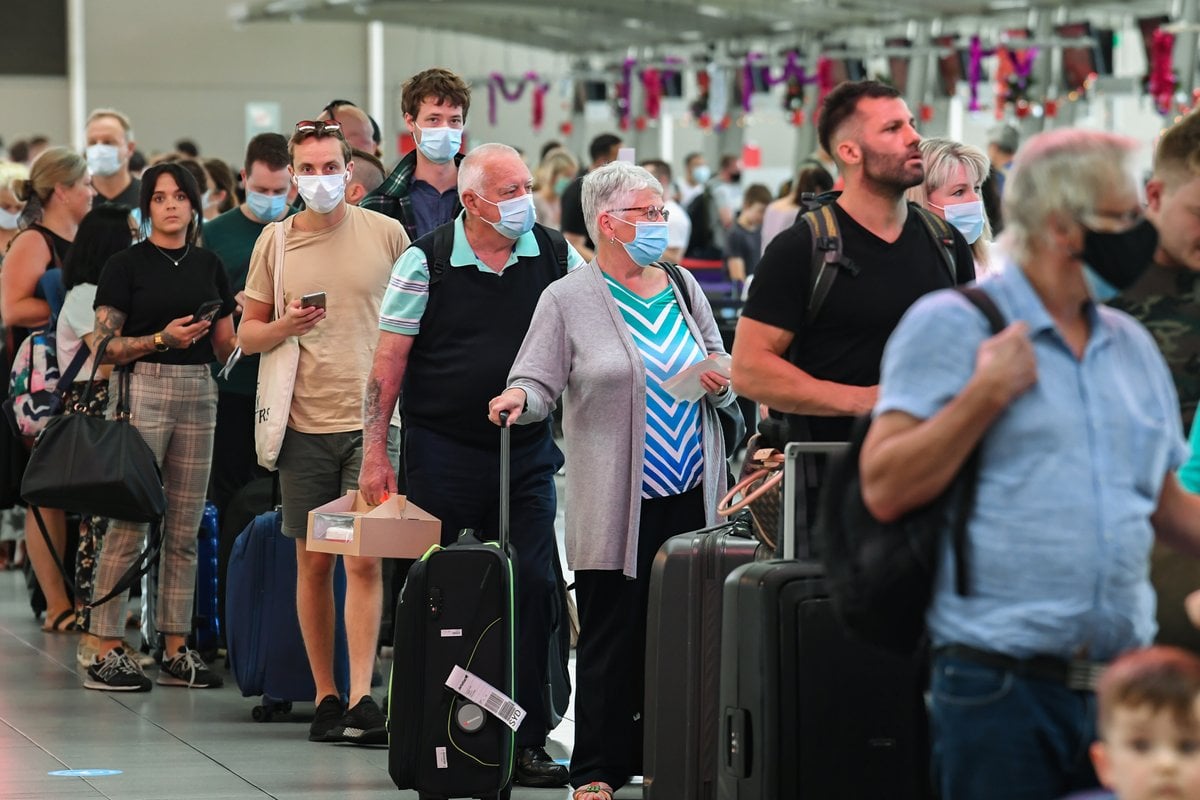 The Northern Beaches outbreak of coronavirus has sent the Christmas plans of thousands into chaos, as movement from NSW is restricted by state leaders to mitigate the spread of the deadly virus.

On Saturday, the nation's health ministers held a late afternoon meeting that prompted further announcements from premiers on border restrictions.

On top of these border restrictions, all jurisdictions are telling their residents to reconsider travel to Sydney.

Here is a state-by-state guide of restrictions to and from NSW.

WA Premier Mark McGowan has taken one of the strictest approaches out of all state leaders, reimposing a "hard" border with all travellers from NSW.

Only those with special exemptions - such as essential health and freight workers - will be permitted to enter after 12.01am on Sunday.

McGowan had a simple message for NSW contact tracers: "Get it under control".

On Sunday, Queensland closed their borders to the Greater Sydney region, unless travellers are granted an exemption in which case they will need to undergo two weeks in quarantine.

"If you are a Queenslander and you are in Greater Sydney, please return home quickly. We will allow you to come back until 1am Tuesday, but you will be required to have a test and to quarantine at home," Queensland Premier Annastacia Palaszczuk said on Sunday afternoon.

Victoria has introduced a traffic light system for travellers coming from NSW. It comes after contact tracers have identified 70 primary close contacts of Northern Beaches cases among travellers who have arrived in Victoria between December 11 and 17.

The traffic light system is as follows.

Red Zone – Permits are not available and travellers are not permitted to enter. Currently, this includes Northern Beaches and hotspot locations since December 11. On Sunday, Premier Daniel Andrews also declared Greater Sydney a Red Zone.

Amber Zone – Permits are available but all travellers are required to be tested for COVID-19 and must isolate until they get a negative result.

Green Zone – Permits granted and travellers are advised to get tested if symptoms develop. Currently, this includes Regional NSW.

Tasmania requires new arrivals coming from Greater Sydney, which they have declared to be a "medium risk", to quarantine (either in suitable home premises or in government-designated accommodation) for 14 days.

Some exemptions are available for essential travellers.

These new restrictions on visitors from NSW has meant the Sydney to Hobart Yacht Race, scheduled to begin on Boxing Day, has been cancelled.

Visitors are required to self-quarantine for 14 days if they have been in a High Community Transmission Zone. They must get a COVID-19 test immediately, and on day 5 and again on day 12 of quarantine.

The Northern Territory has declared Sydney's Northern Beaches a coronavirus hotspot and will require any travellers from the area to quarantine immediately.

If people have arrived in NT and have travelled from or through a declared hotspot in the past 14 days, they must stay at a mandatory supervised quarantine at a designated facility for 14 days.

The ACT Government says if you have been in the Northern Beaches area from Friday December 11 2020, you must immediately self-quarantine for 14 days from the date you were there.