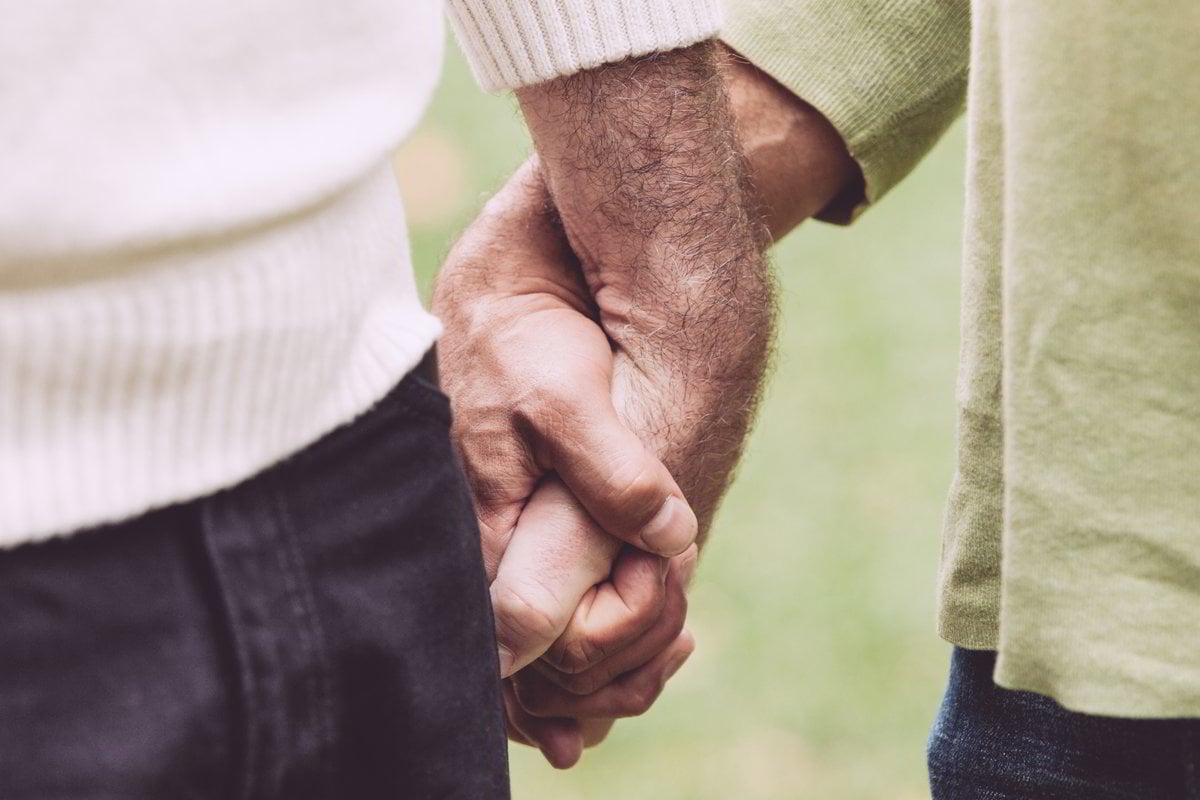 From the number of complaints I'm hearing of pandemic fatigue and the widespread resistance to simple precautionary measures such as wearing a mask at the grocery store, it’s clear to me that many people don’t fully appreciate what the gay community has been dealing with for the past 40 years and don’t understand how we survived the AIDS epidemic.

At the risk of over-sharing, here’s a snapshot of what it was like to have come of age in the midst of a sexually transmitted and deadly virus.

We learned how to protect ourselves and one another by practising safer sex. We started using condoms, for which gay men had previously had no use. And we did so not just for a few short months, but for DECADES.

Watch: A thank you to masks. Post continues below.

Over the years I’ve had boyfriends and lovers and one-night-stands with men whose names I've long since forgotten, and I used condoms with all of them.

I had sex with the same man hundreds of times over the course of a 20-year relationship and we used condoms every single time, except for a very brief attempt at monogamy after 15 long years of endlessly discussing trust and testing and accountability, after which we decided that it would be easier and less stressful not to talk about it anymore and to just go back to using the damn condoms.

Occasionally condoms broke or came off, or I slipped up and put myself at risk, after which I lived in a state of anxiety for up to six months waiting for reliable antibody test results. Then I renewed my promise to myself to be more careful, to do better.

We did this because we knew that unprotected sex could be fatal. We did this as we mourned and buried friends and co-workers and ex-lovers and attended more funerals than any young person should ever have to.

Whenever I needed a reminder of the importance of safer sex, all I had to do was look at the photograph that my older lover kept taped to his fridge, of a dozen of his closest friends at a birthday party in the early ‘80s. All of them so young, all of them so handsome. All of them dead by the time we met. An entire generation of vibrant, talented men cut down in their prime, caught off guard by an emerging disease, wiped out by an invisible enemy.

We suffered from survivor guilt, wondering how and why we survived when so many had perished. We experienced anticipatory grief, wondering which of us would be next. At times we were nearly paralyzed with fear. Still we soldiered on.

We transformed our fear and grief into action by volunteering and fundraising.

For years on end, every social event and drag show and gay bingo night involved selling raffle tickets and passing a bucket to scrape together donations.

We delivered meals to people too weak to cook for themselves and we visited the dying in hospices and palliative care wards and we stitched memorial quilts to commemorate those we’d lost.

We organised an annual AIDS Walk to support people living with HIV and we marched in the annual Pride Parade to remind ourselves and the world that we were still here and that we deserved the same rights as everyone else.

We educated ourselves and the community. My colleagues and I attended national and international AIDS conferences and created educational materials and conducted sexual health workshops.

I coordinated a small group of dedicated volunteers who distributed literally millions of free condoms wherever men met for sex. We were on a mission: every location and every interaction was another opportunity to promote HIV prevention.

We made weekly rounds of smoky bars with a skateboarding drag queen dressed as a nun and we sat in steamy bathhouses and talked to naked strangers about their sexual activities.

Late at night after the bars closed we cruised public sex environments with a bagful of condoms and a fistful of referral cards.

We educated closeted men cheating on their wives and girlfriends, referring them to anonymous HIV testing sites and confidential counseling services.

We distributed condoms and clean needles to street kids and hustlers and transgender sex workers and injection drug users, and we collected thousands of used syringes for safe disposal.

We spoke to students of all ages and to young offenders in juvenile detention and we sat in healing circles in maximum-security penitentiaries with convicted rapists and murderers and encouraged them to keep each other safe.

We trusted doctors and scientists, even as the findings and recommendations changed.

For years we used condoms and lubricants containing Nonoxynol-9 because health authorities told us that it might help prevent the spread of HIV, and then we stopped using it when studies showed that it actually INCREASED the risk of infection.

We didn’t freak out or give up or give in to conspiracy theories and stop trusting science; instead we adjusted our behaviour as new and sometimes contradictory data became available.

We told each other to stay safe, to stay strong. We put up posters encouraging everyone to "Be Here for the Cure."

Those of us with HIV took highly toxic pharmaceuticals for years and willingly participated in clinical drug trials until more effective and less damaging antiretroviral therapies eventually transformed HIV into a manageable illness.

Those of us who were as yet uninfected signed up for Phase III vaccine trials, allowing multinational pharmaceutical companies to inject us with experimental vaccine candidates, putting our bodies at risk for the greater good.

We told each other to be patient, that an effective vaccine would be available within a few years, never imagining that decades later the world would still be waiting.

We did all of this with insufficient government funding, with insufficient media attention and with insufficient support from our families of origin, while politicians largely ignored our plight and religious leaders preached that we got what we deserved and hateful bigots picketed our funerals with signs saying “God Hates Fags” and most people were simply oblivious to what was happening because it wasn’t happening to them.

We didn’t whine about the inconvenience the virus was causing. We didn’t demand that the government tell us exactly how much longer the pandemic would last, or complain that we just wanted everything to go back to normal.

Normal wasn't what we wanted; we wanted things to be BETTER. We took to the streets to demand civil rights and adequate research funding and more effective treatment options, not to demand that hairdressers and nail salons re-open.

I’m 53 years old and I have been successfully managing to avoid contracting and spreading a potentially deadly virus not just for the past few months, but for my entire adult life.

I first heard about AIDS when I was an adolescent, back when it was tentatively known as GRID: Gay-Related Immune Deficiency.

I saw a small story in the local newspaper about gay men in San Francisco and New York dying from a mysterious new illness, and even though I had never been to San Francisco or New York and even though I was too young to have had sex and had no one to talk to about being gay, I thought to myself: I better pay attention to this. I better take this seriously. Or it might kill me.

I’ve done things in my life of which I’m not proud, but this is not one of them: I paid attention. I took it seriously. I didn’t let it kill me. Nor did I let it stop me from having an active and adventurous sex life, but I took precautions. I stayed safe, I stayed strong.

I lived to tell the tale.

So please: wear a mask in public, especially indoors. Avoid crowds and wash your hands frequently. Listen to public health officials. Trust the science and follow the recommendations, even as they might change.

This is the new normal; it might continue for years. Prepare yourself to be in this for the long-haul. Ignore the risks at your peril, or learn from the experience of the gay community in how to effectively respond to a pandemic with no end in sight: do your small part, protect yourself and take care of each other, work together for the common good. Stay safe. Stay strong.

Steve Martindale coordinated outreach for AIDS Vancouver’s Man to Man Program, directed the Vanguard Project for the BC Centre for Excellence in HIV/AIDS and recruited participants for the Vancouver cohort of the AIDSVAX Phase III HIV vaccine trial. He now lives on Salt Spring Island, BC.

Reply
Upvote
Are you going to acknowledge this is one of his Facebook posts?