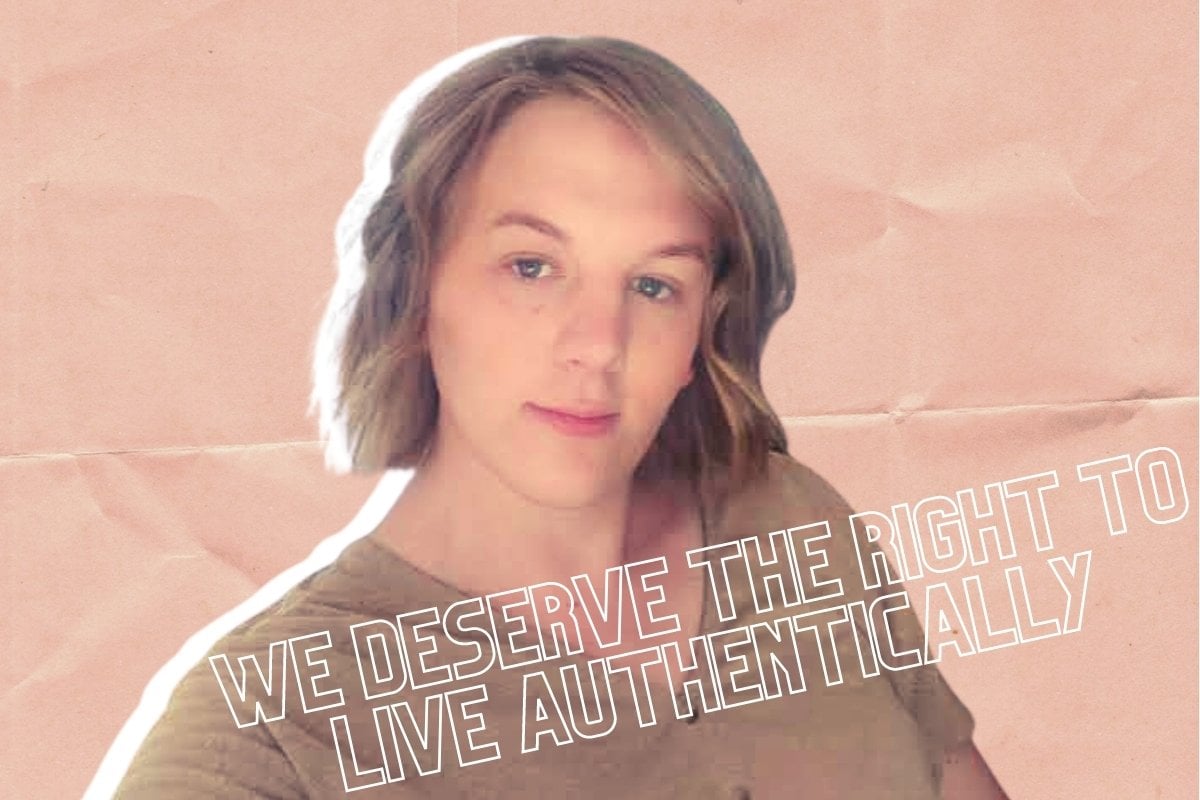 Earlier this month, the Victorian Parliament passed a sweeping legislative condemnation of gay and gender ‘change and suppression practices’.

The legislation is not only the most robust in Australia (the ACT and Queensland have partial bans in place; the rest have none), it's world-leading. And rightly so, given the gruelling process that survivors and allies experienced during the legislative drafting. Through harrowing consultations, in-depth interviews, and political advocacy, we recounted moments of deep harm, family violence, and discrimination in our most valued communities.

I know this reality in a deeply personal way. Sitting down with the Victorian Health Complaints Commissioner over two years ago, I recounted my experiences of the conversion movement while entrenched within a small evangelical cult in Melton, Victoria.

"My vulnerability to the evangelical cult’s deadly conversion ideology was sharp and heavy. "

My exposure to these abhorrent practices occurred within a brief two-year span, compared to other survivors who endured a decade or more in formal ‘conversion therapy’ settings. Yet, my vulnerability to the evangelical cult’s deadly conversion ideology was sharp and heavy.

My family life was in shambles, torn apart by persistent drug and alcohol issues, severe mental health complications, and a psychologically violent family member who had threatened repeatedly to harm or murder people — including me — for being gay, trans or queer.

Going along to church services enthusiastically as a new convert to Christianity, my personal vulnerability to shame and violence made me hungry for change, not only socially but personally. I wanted to change.

The church community introduced me to a loving God who wanted to, in their words, ‘save, heal, and deliver’ all people of ‘sin and sickness’. This included not only immoral sexual behaviour but sexual and gender identities that existed outside the definition of cisgender heterosexuality. This proclamation, which they called the ‘gospel of Jesus Christ’, was followed by bizarre and esoteric extrapolations of the Bible.

They sounded more like the New-Age ‘positive thinking’ peddlers who declared through the television at 2:30 am that I could generate millions of dollars if only I believed it enough. The conversion ideology in this setting wasn’t too different, albeit wrapped in scripture citations and pseudo-psychological claims that would make even Carl Jung blush. There, it was declared that if you ‘believed it, you would receive it’ — that included heterosexuality and cisgender identity. If you didn’t believe it, then you were being unfaithful, insincere, or perhaps tangled up in some kind of ‘spiritual’ war with an unknown evil presence.

This is getting spooky, right?

Yet it needs to be said, loud and clear, with the tenacity of those who have ‘been there and done that’.

Why? Because hundreds of thousands of people attend religious services in independent, non-denominational, Pentecostal churches where the leadership are all but ‘off the hook’ when it comes to accountability. These church institutions have the largest growing youth population in Australia, drawing thousands to concert-like religious celebrations that mirror the spontaneity and unconsidered risks of the Jesus cults of the '70s. I would remind you that many people have historically lost their lives to delusional and corrupt leaders and ‘spiritual’ communities.

We have a public health crisis in which people, particularly those with mental health issues like psychosis, depression, and bipolar, are being coerced into unfounded efforts to heal, change, or repress their sexual and gender identity. The results are deadly.

Listen: In 2019, Chris Csabs shared his story of being subjected to gay conversion practices in Canberra.

For this reason, during the drafting of the Bill, self-advocates put enormous pressure on the Department of Justice policy workers to produce a legal instrument that would give the Victorian Equal Opportunity and Human Rights Commission the power to investigate, identify, and redress conversion practices, no matter how formal or informal. From the largest congregations to the most intricate circumstances of family violence, LGBTQIA+ people have the capacity to advocate for their own psychological and spiritual wellbeing.

During the parliamentary debate, it was ghastly to hear certain Liberal MPs argue for the capacity for people to consent to conversion practices. Such a misguided effort demonstrates the kind of education and change we need in this area of public health.

As a childhood sexual assault survivor, I am reminded of the importance of defining informed consent where criminal behaviour is at play. For obvious reasons, a child cannot consent to sexual behaviour. When my previous pastor told me to seek counselling and prayer to be healed of same-sex attractions, he asserted that it was likely due to childhood abuse that I was unable to resolve these desires. Given my history of complex trauma, this assertion generated a demand within me for change, for healing. To be free, I’d do anything. Cut off from the support of my family and without the capacity to seek professional help, this was my only choice.

Would you say that I had informed consent?

The power imbalance, mental health complications, family situations, and other co-occurring circumstances that are likely present when someone engages in conversion practices make the idea of consent legally implausible.

Still, there are many people who choose to be celibate and some who do so informed by a traditional Christian sexual ethic which holds that sexual behaviour is only permissible between a married, cisgender male and female. The purpose of this Bill is not to penalise these individuals or those who support them through advice, counselling, or prayer. Instead, it seeks to remove the vulnerabilities that may be impeding LGBTIQA people’s decision-making capacity.

Our hope is to give LGBTIQA people the legal tools they need to respond to the movement in a way that promotes self-determination and bodily autonomy for all. Our transgender and gender diverse siblings, and our sexually diverse pals, deserve the right to live authentically without being intimidated by unscientific ideologies that seek to repress or change them.

As the ideology that drives conversion practices manifests in nuanced ways, it is absolutely imperative that the criminal and civil response will be adept in supporting survivors, preventing harm, and promoting justice within those communities.

To do this, we need consistent cultural change that absolves our intersectional communities from the stain of conversion ideology.

As advocates and queer people of faith, we’re just getting started. Now, I ask all of Victoria, and particularly our allies, to join us.

Asha is an LGBTIQA advocate and co-author of The SOGICE Survivor Statement calling for action on the sexual-orientation and gender-identity conversion movement in Australia. She's also working on a book about her experience called In Terror of Light.

If you need to speak to someone about sexuality, identity, gender, feelings or relationships, QLife provides anonymous and free LGBTIQA peer support and referral for people in Australia. The service is available from 3pm to midnight every day. Call 1800 184 527 or visit the website to chat online.

If you are experiencing emotional distress, support is available 24 hours a day. Call Lifeline on 13 11 14.