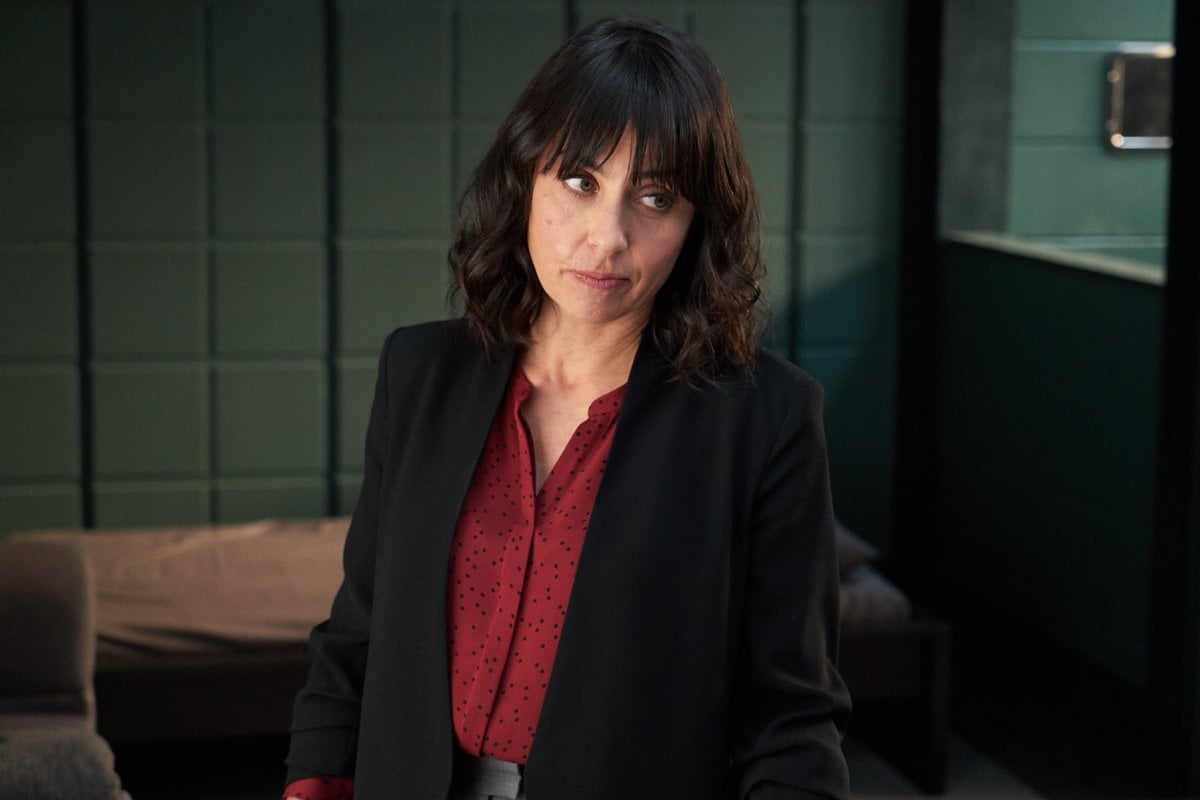 Constance Zimmer is no stranger to playing strong female characters.

The actress, who is best known for playing powerhouse executive Dana Gordon in Entourage and the fearless Quinn King in UnREAL, has joined the cast of Stan's spy thriller Condor.

Watch the trailer for the second season of Condor below. Post continues after video.

In season one of Condor, Joe Turner (Max Irons), a millennial CIA agent, is put to the test when he finds himself in the middle of a dark conspiracy that kills everyone at his office.

From there, the paranoid thriller follows Joe on his quest to stay alive while trying to figure out why his coworkers were killed.

Now, as the series returns for season two, Joe is forced to return to the CIA in Virginia where he will face the demons of his past as audiences meet a slew of new cast members.

In season two, which premieres in full on Stan on October 31, Constance Zimmer joins the cast as Robin Larkin, a powerful yet sometimes vulnerable woman who runs the CIC Counterespionage Unit.

Speaking to Mamamia from Los Angeles, the 50-year-old actress shared why she was drawn to the project.

"Robin's on the CIC, which is the Counterespionage Unit. She joins the second season because of Reuel Abbott (Bob Balaban). He comes to me to get advice because it turns out there's a mole within the CIA," she explained.

"What I loved about the script was that Reuel and Robin did not like each other, and yet they have to come together to work in peace to flesh out this mole.

"I enjoyed getting to play a character who is unapologetic. She does things her way. It's always fun as a character to infiltrate into a world that feels very male-dominated." 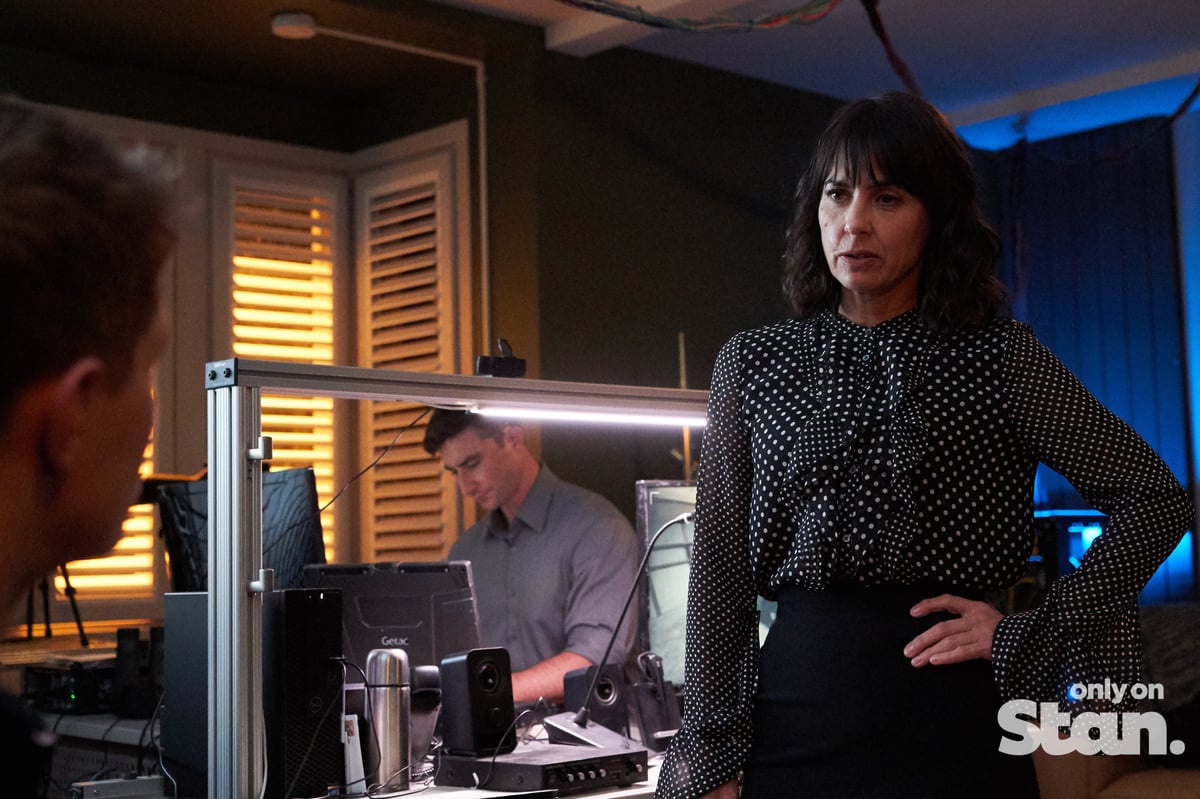 Throughout her career, Zimmer has grown a penchant for playing characters like Robin.

Strong, powerful scene-stealing women like Dana Gordon in Entourage, Janine Skorsky in House of Cards and Quinn King in UnREAL.

But while she's a fan of portraying powerful women, Zimmer recognises the importance of seeing all types of women on screen.

"I definitely love portraying strong women. But I think for me it's always about whether the character feels well rounded and not just one colour and whether I feel like I can relate to them," the actress told Mamamia.

"Because everybody's human, and we all share those colours. It's nice when you can show them all, even if you happen to be, you know, the head of the FBI," she continued.

"That's what's always interesting to me more than anything. It isn't necessarily about being likeable but about anyone, male or female, being able to watch the show and watch the characters and be able to relate to them in some way."

Compared to her previous roles, such as Everlasting's scheming executive producer Quinn King in UnREAL, Zimmer enjoyed playing a powerful character in Condor who wasn't afraid to show her more vulnerable side.

"What I found was that Robin was a little more vulnerable than Quinn. That can be one of the fun things to have added to such a strong, female character. Because all woman have layers and we're just big onions and there's so many layers to peel off," she said.

"I like that Robin was able to kind of have that underneath whereas Quinn didn't have that as much. I also think Robin might have been a little funnier than Quinn. Quinn was pretty funny, but her humour was so dark and rooted in everybody else's demise. Robin felt a bit more relatable in that sense." 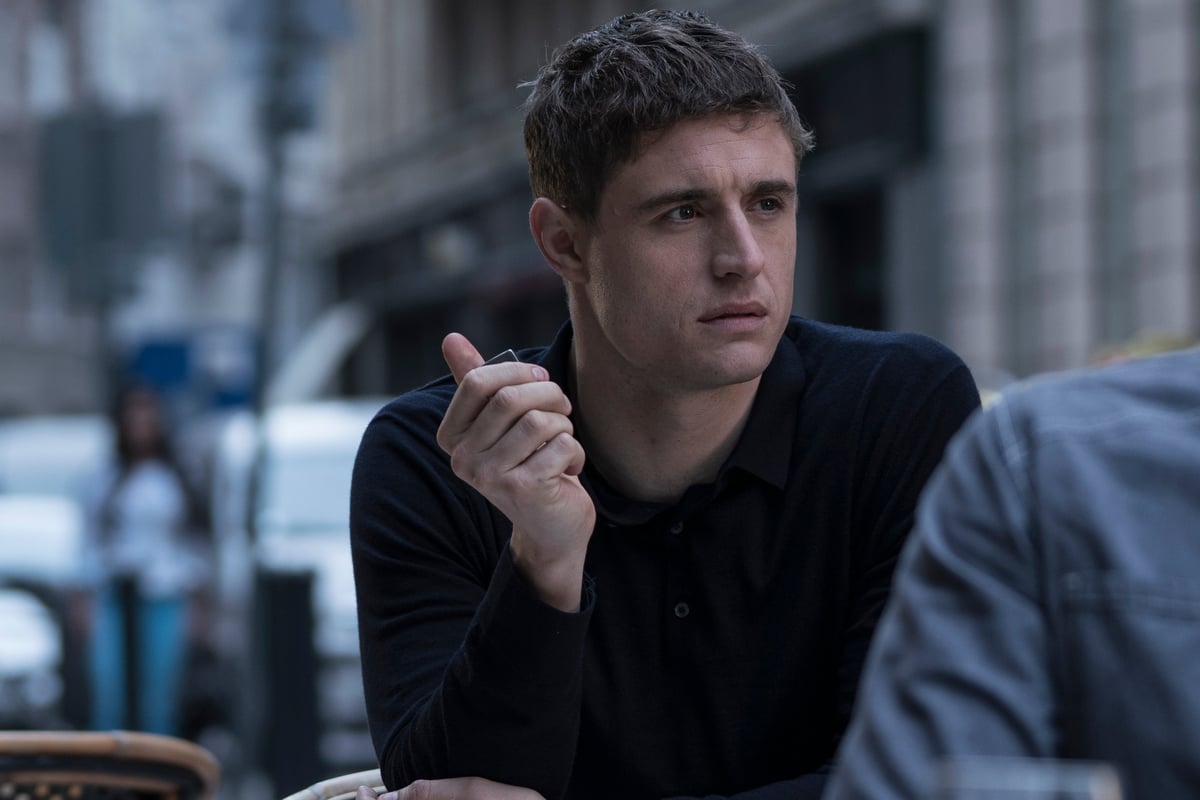 As a fan of political thriller film Three Days of the Condor, Zimmer was excited to see the movie brought to life on the small screen.

"I've always wanted to be in the FBI or the CIA, you know, just to kind of be a part of this secret society," she laughed.

"It kind of was a very easy sell for me because I thought Robin was such a cool, interesting character and it was a world that I had not been able to dive into yet as an actor."

Following the success of the first season of Condor, Zimmer revealed that fans can expect a second season that's just as gripping and jolt-driven.

"I think if people loved the first season, they're going to love the second season, because it feels so fresh and exciting, and there's so many twists and turns this season that I didn't see coming," she said.

"We would be doing table reads and all of a sudden we'd be looking at a character across the table and going, 'Ah, what? That's what happened? Oh, my god.' So that's always exciting as an actor to be surprised by the plot twists."

All 10 episodes of Condor Season Two will premiere on Stan on October 31.