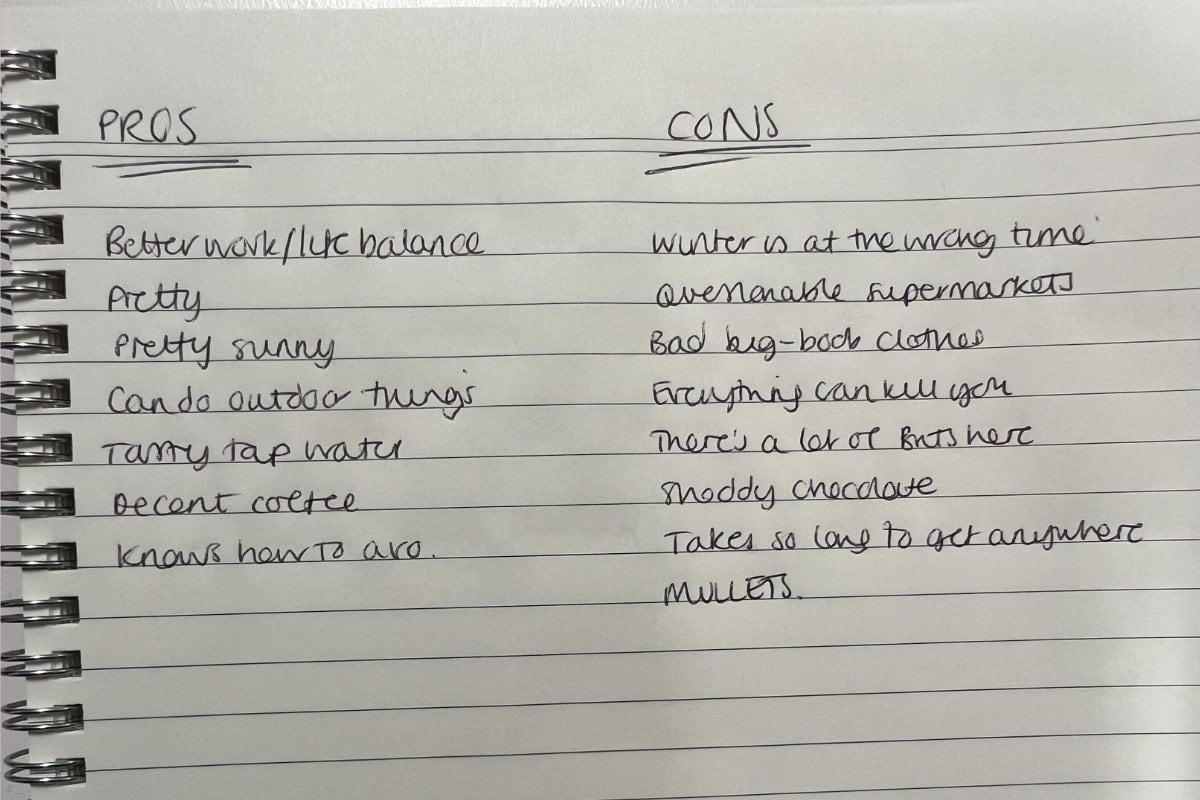 Listen to this story being read by Katie Stow, here.

A scrappy little list of pros and cons went floating around the internet this week.

Not one tossing up whether to say with a boyfriend or quit your job (despite Beyoncé's recent war cry ringing in our ears), but instead a list attempting to decide whether to stay in Australia or not.

This list was penned by a woman named Deborah from East Yorkshire, and it outlined the things she loved about living here and the things she definitely wouldn't miss if she left Australia. It included items like 'slow internet' and accused Aussie crumpets of being particularly s**t. 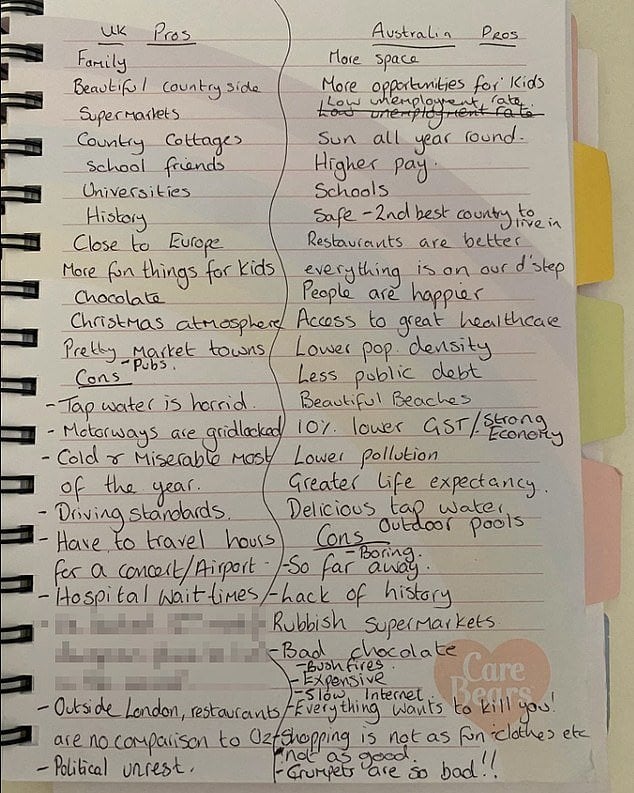 Well, I am a woman called Katie, also from East Yorkshire, and I have some things to add.

You see, while I've happily lived in Australia for nearly 10 years now, I am still – at my core – a whinging pom. And therefore, I will take any opportunity to have a moan about pretty much anything.

So that's what I'm doing. Right here, right now. Listing out all of my gripes with Australia, and publishing them on a very public 'cons' list.

Winter is at the wrong time.

I won't claim to know how the weather system works, or why one hemisphere has a wildly different temperature agenda than the other, but what I do know is that winter in Australia is without a doubt wrong.

Christmas falls smack bang in the middle of winter, giving Brits something to lean into (read: decorate with a chaotic level of tinsel) and look forward to (read: umpteen Christmas parties). And that gives our winter a sense of purpose – and allows us to rebrand crap weather as opportunities to get cosy and festive.

Whereas in Australia, winter is a bleak nothing-really-happening social black hole. One where if you do make plans, it's highly likely that everyone will bail because it's raining.

Watch: How are Australian women having sex? The juiciest results from the Mamamia Sex Survey. Post continues afte video.

Everything can kill you.

The chocolate is categorically bad.

I know that the UK is not known for its chocolate, but I'm here to tell you they're doing a better job that the choccie-makers here.

I have clearly become accustomed to this sub-par chocolate, because when I ventured back home to England recently I had a gob-full of Cadbury dairy milk and then screamed across the supermarket: "IT'S SO MILKY AND DELICIOUS."

It takes approximately a million hours to leave the country.

The vastness of Australia regularly blows my mind.

The first time I flew from England to Australia, the pilot made an announcement on the tannoy about us 'entering Australian airspace', so I started to pack up my things, put my shoes on and prepare for landing. ...Only to realise we were flying over Perth and it was another five hours til we would land in Sydney.

And the distance feels even weirder on land. I have driven for 10 straight hours in one direction here and still not left the state. The same journey in the UK and I could be in Germany, France, Spain. But here? 10 hours deep into a road trip and I'd still be able to tune into Smooth FM.

This country is bloody huge, and impossible to leave without at least a day's worth of travelling time and a lot of cash to devote to the journey.

There are a lot of Brits here.

But seriously, so many of us have found our way over here. Bondi is overrun with pommies and Manly is peppered with the ones who have outgrown Bondi but want to still settle down at the beach.

I was really hoping to be a bit of a novelty – an exotic lady, if you will – but there are so many Brits here that I'm nothing special. And I want to complain about that. Thanks.

The world's most unattractive haircut has a hold on this nation like no other.

Mullets are rampant around Australia. Spotted on rugby players, school kids and young professionals alike. Curly ones, straight ones, ones dyed pink, ones with shaved sides. Just when I think I've seen every variation of a mullet, another one comes along to assault my eyeballs.

Billy Ray Cyrus would be proud, but I am not.

Are there 'cons' you'd lump onto your own list? Let me know in the comments!

W
webs a month ago

Reply
Upvote
1 upvotes
I’m an Aussie and always lived here but your article is hilarious and on point!
D
daijobou a month ago