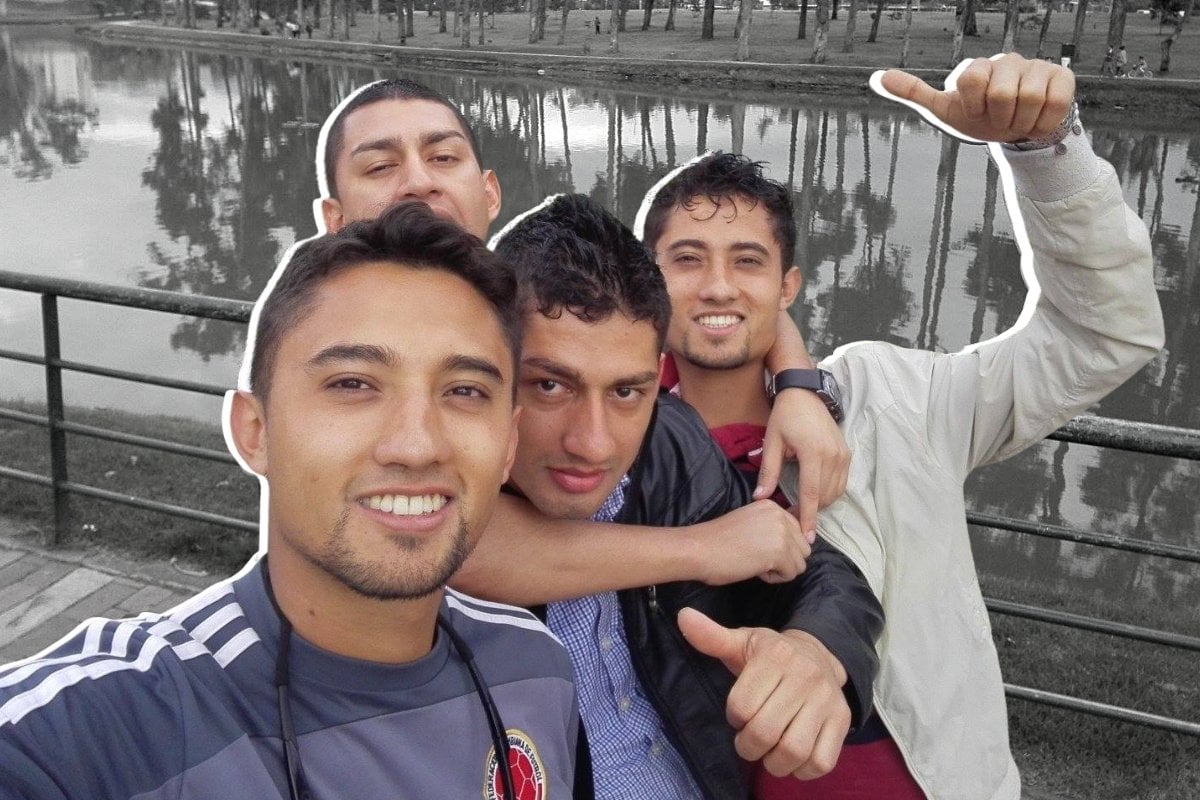 It all unravelled in a butcher's shop in the summer of 2013. The reason William looked different from his family, the reason Carlos felt like an outsider in his; all explained courtesy of a chance encounter over pork ribs.

Laura Vega Garzón followed her friend into the butchery in northern Bogotá, their home city and the capital of Colombia. She didn't normally shop this far outside the city centre, but she was preparing to host a barbeque at her home and knew the market was a good source for reasonably priced meat.

Her friend, Janeth, knew one of the men who worked at this particular butchery, and as Laura's eyes settled on him, she realised she did too.

Jorge was employed at the same engineering firm as her, designing oil transport pipes. She smiled and waved, as she pondered what her colleague may be doing behind the counter of a market shop. He didn't wave back.

Janeth introduced the man as William, her boyfriend's cousin and the manager of the butchery. This man, though he was the spitting image of Jorge, had a thick country accent. He'd never worked in an engineering firm; he didn't even go to high school.

He was, it would later emerge, the identical twin Jorge never knew he had.

But as documented in the book Accidental Brothers: The Story of Twins Exchanged at Birth and the Power of Nature and Nurture, Jorge and William weren't the only twins separated at birth; their brothers, Wilber and Carlos, were too.

The twins, swapped at birth.

He too was had been born prematurely, but in a hospital in La Paz — a regional town more than five hours away.

The precise circumstances of the mixup remain unclear. But at some point during their stay in the hospital nursery, Ana's son, covered in tubes and wrapped tightly in blankets, was inadvertently swapped for one of Luz's. And for 24 years, no one noticed.

Listen: A mother of two sets of twins shares everything you need to know about life with multiples. Post continues after podcast.

Carlos was raised by Luz in Bogotá as Jorge's fraternal twin. The boys attended school, played basketball and video games. Carlos was studying to be an accountant, and Jorge worked at the engineering firm and attended university at night.

Wilber and William, meanwhile, lived a life of poverty in a rural farming region called Santander. They were raised in a house crudely fashioned from planks of wood; there was no electricity, no running water. After leaving school at 12, they helped harvest sugar cane and, from the age of 6, William would walk the five hours (each way) to the nearest town to fetch groceries with his mother. After military service, William worked in the butcher shop.

It took Jorge's colleague walking in that summer day in 2013 for the truth to be discovered.

After the encounter, Laura and her friend showed William and Jorge photographs of each other. Each was baffled by the resemblance of this stranger and nervous about what it might mean. Then, William was shown a picture featuring Jorge and Jorge's brother — a man who looked exactly like his own — and it became clear.

Together they checked the facts surrounding their birth, from the time period to the hospital, and their identities steadily began to crumble.

It was a particularly stunning revelation for William and Carlos. The family that raised them was not their blood, their home not where it ought to have been, and their paths had been rerouted in ways they could barely comprehend. Would Carlos have become an accountant if he'd grown up on the farm? Where may William have landed if he'd finished school?

After roughly a year, a meeting was arranged. Each set of twins came face to face with their true match: William with Jorge, and Wilber with Carlos.

"It was like staring through a mirror," Jorge told The New York Times of that meeting, "and on the other side of the mirror, there’s a parallel universe." 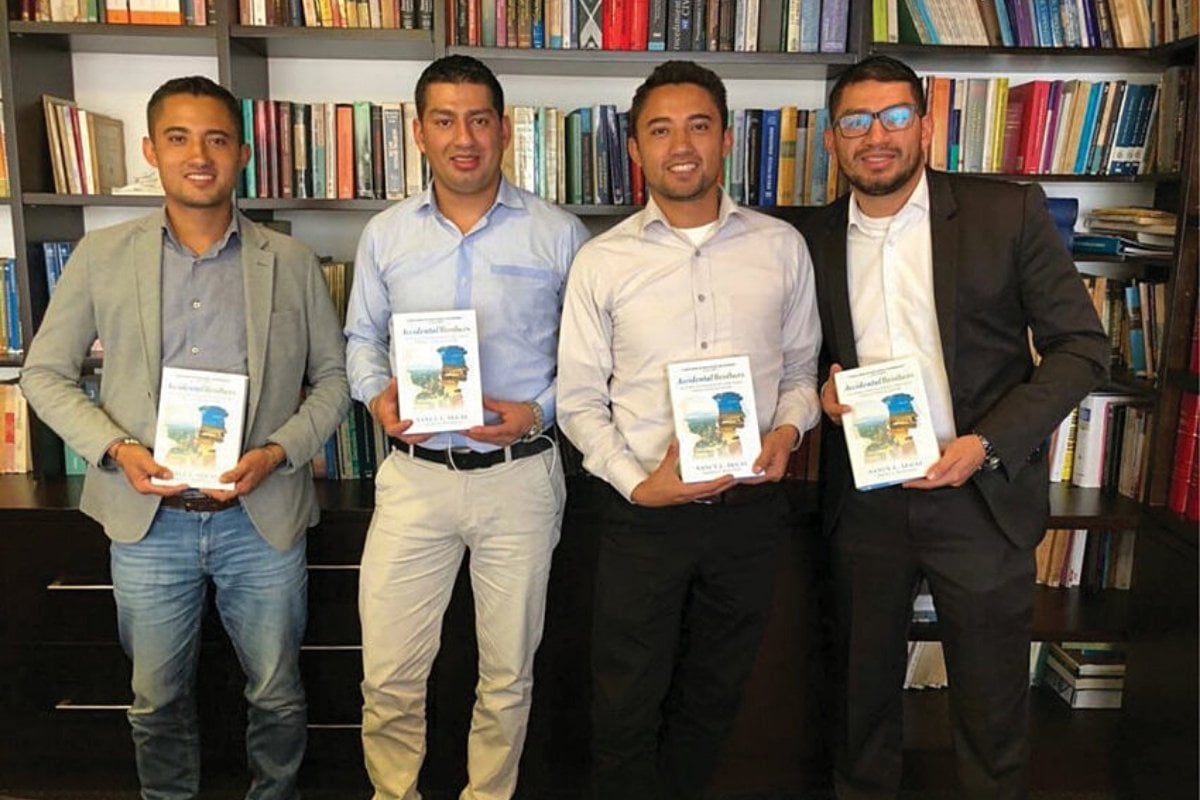 Renowned psychologist, Dr Nacy Segal from the University of Minnesota in the United States, has studied more than 100 cases of twins raised apart. But that of the Colombian brothers is by far the most significant. Two sets of identical twins, alternate environments. A chance to expand the understanding of human behaviour and personal development.

She went to Colombia to conduct research into the four men involving DNA analysis, intelligence testing, psychological assessment, and more, and she discovered that the personalities of the reunited twins "aligned almost perfectly".

"In one case, the twins were outgoing, gregarious, risk-taking, and in the other case, they were introverted, a little cautious, a little restrained," Dr Segal said in a 2017 TEDx talk. "We don't fully understand the reasons behind these similarities, but seeing them repeated in identical twins, more so than in fraternal twins, gives us a genetic perspective on human development."

The study Dr Segal conducted on the brothers is among a body of thousands in the field of twin research. By studying twins, both those raised together and separately, scientists have developed a picture of the role genetics and environment influence human behaviour.

The answer? It's complicated.

For one, it depends on the individual trait. Personality, for example, is generally considered to be 50/50 genetic versus environment, while I.Q. and academic achievement is closer to 75 per cent to 25 per cent (think access to education, technology, and so on).

In other words, while genes are a powerful force in shaping a person, they're not everything. And nor is environment. It's a matter of nature AND nurture.

Though the Colombian brothers were left with many questions about their parallel lives, they didn't let it get in the way of forging a new one, together.

According to Dr Segal's book, Accidental Brothers, which she co-authored with Yesika Montoya, they are healing the pain of their separations. They remain loyal to their existing families and have forged new bonds with their biological ones.

They are, as they described themselves, now "four brothers".