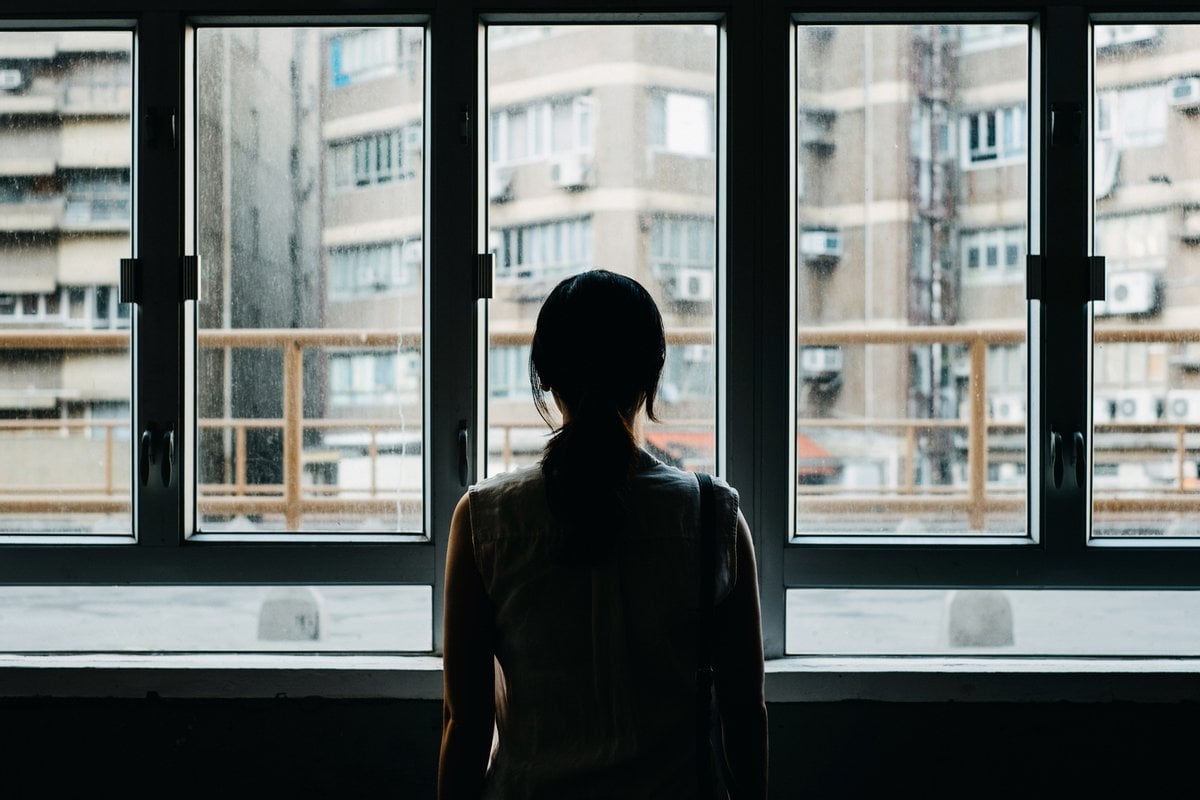 Before Omicron worked its transmissive magic on the NSW community, I found that the side effects of COVID-19 extended beyond the physical ones we hear about so often.

Beyond the fever and the sore throat, there seemed to be a stigma, and I felt a sense of shame attached to catching the virus.

I associated this with feelings of personal irresponsibility and questions of “Why me? I did all the right things”. Try and catch me going outside without my mask and a bottle of hand sanitiser.

Watch: Things You Never Say In 2021. Post continues below.

But when I caught COVID-19, this side effect only lasted a day or two.

After multiple conversations with friends ended in resounding support and mere curiosity about the whole experience, I let go of any feelings of shame I carried.

No one even doubted that I had been staying safe and done the right thing - I had just been unlucky.

So, if people can feel no shame about getting sick after one too many G&Ts, there really was no need for any negative stigma around getting sick during the pandemic.

But it was a different story with my migrant Chinese parents (who I don’t currently live with) - they seemed to validate these feelings of shame that my friends so quickly dismissed.

There was the initial concern about my health and well-being (obviously), but it was immediately followed by “Make sure none of our family friends find out” and “Don’t go around telling too many people”.

It was as if catching COVID-19 was the equivalent of receiving an ATAR below 99.

When I expressed my confusion, my parents tried to articulate the aftermath of their friends finding out - they told me a story of social exclusion and ostracisation. I found that there was still a strong stigma attached to anyone who caught COVID-19 in the Chinese-Australian community and by association, their families too.

Personally, I couldn’t see why having a fever would mean being uninvited to any NYE plans with their social circle - it sounded like a game of Chinese whispers gone horribly wrong.

Why did they think their daughter catching the virus would affect their social reputation? But this reaction reminded me of so many other instances of shame and preserving family image from my childhood.

So that led me to think - how much did culture and underlying traditional Chinese values that I had been raised by, play into this stigma towards COVID-19?

You’re probably familiar with many Asian stereotypes already - the strict tiger mum, the ongoing pursuit of straight As, and the career goal of either a lawyer or a doctor with nothing else being acceptable.

Whilst I was lucky enough to avoid the third stereotype, the first two were definitely a reality for my childhood and a foundation for being ‘perfect’.

Since younger me didn’t know any better, I was constantly striving towards this idea of perfectionism - one which, from also hearing anecdotes of my second-generation Chinese friends’ childhoods, is so prevalent amongst the Chinese-Australian community.

I dreaded seeing a B on my report card and I wanted to excel at everything I tried, just to make my parents proud.

This concept of family perfectionism wasn’t one that was foreign to me.

Whether it involved hearing about a friend’s mum bragging about how her daughter performed in her piano competition over the weekend, or looking up our family friends in the honour roll to see how they performed in the HSC.

The deeply embedded Chinese values of ‘saving face’ and a child’s accomplishments and behaviour being a direct reflection of a family’s image, was one that had now manifested in another setting - a pandemic.

Catching COVID-19, even during a time it was inevitable, was tainted with the misconception of poor choices and not following public health orders.

Yet this stigma and sense of personal responsibility is not isolated (pun unintended) to second-generation Asian communities.

Taking a look at Korean or Japanese cultures, both these countries have promoted mask wearing when getting sick for years. It is up to every individual to be accountable for their own actions, therefore feeding into the belief that getting the virus was a reflection of my personal irresponsibility.

As much as I knew this was an extension of traditional Chinese values, this was amplified by my inability to communicate and have an open discussion about reducing this stigma.

This is a dilemma faced so often by second-generation Australians in non-English speaking households.

Despite being proficient in Shanghainese and only using this language to communicate with my parents, scientific terms were lost on me.

I couldn’t accurately translate words like “viral load” and “Doherty modelling” to explain that having COVID-19 might soon become the norm.

But I do know that time and more conversations, no matter how stilted, are the key to reducing COVID-19 stigma.

It’s something we should all be working towards, as these emotional repercussions and stigma of returning a positive COVID-19 test can lead to testing reluctance.

Reply
Upvote
I hard relate to this. I too did everything right. But then tested positive 2 days before Christmas. I have been made to feel like a pariah since! I went to drop off my parent’s Xmas presents yesterday (2 days after my iso ended - and note, my COVID experience was was a sore throat for 3 days, which was fine by the time I rec’d the test results) and my Mum stood back as she answered the door. I could tell she didn’t want me to come in! She ushered me through the house, where I found my father wearing a mask, and proceeded to say we could sit outside. It was hot. I was p!ssed off. So I left. The worst part of testing positive, is that you are treated like a leper. COVID itself, for me (I’d had the booster the week before), was nothing more than a sore throat - and not even a bad one (which is hopefully the same experience for the majority of the triple vaxxed).
Resources
Very Peri
Skin
News
General
Opinion
True Crime
Politics
Sport
Explainer
Entertainment
Celebrity
Reality TV
Movies
TV
Books
Rogue
Royal
Lifestyle
Beauty
Fashion
Weddings
Home
Wellness
Health
Fitness
Travel
Food
Family
Before The Bump
Pregnancy
Baby
Kids
Teens
School
Parent Opinion
Work & Money
Money
Finance
Career
Lady Startup