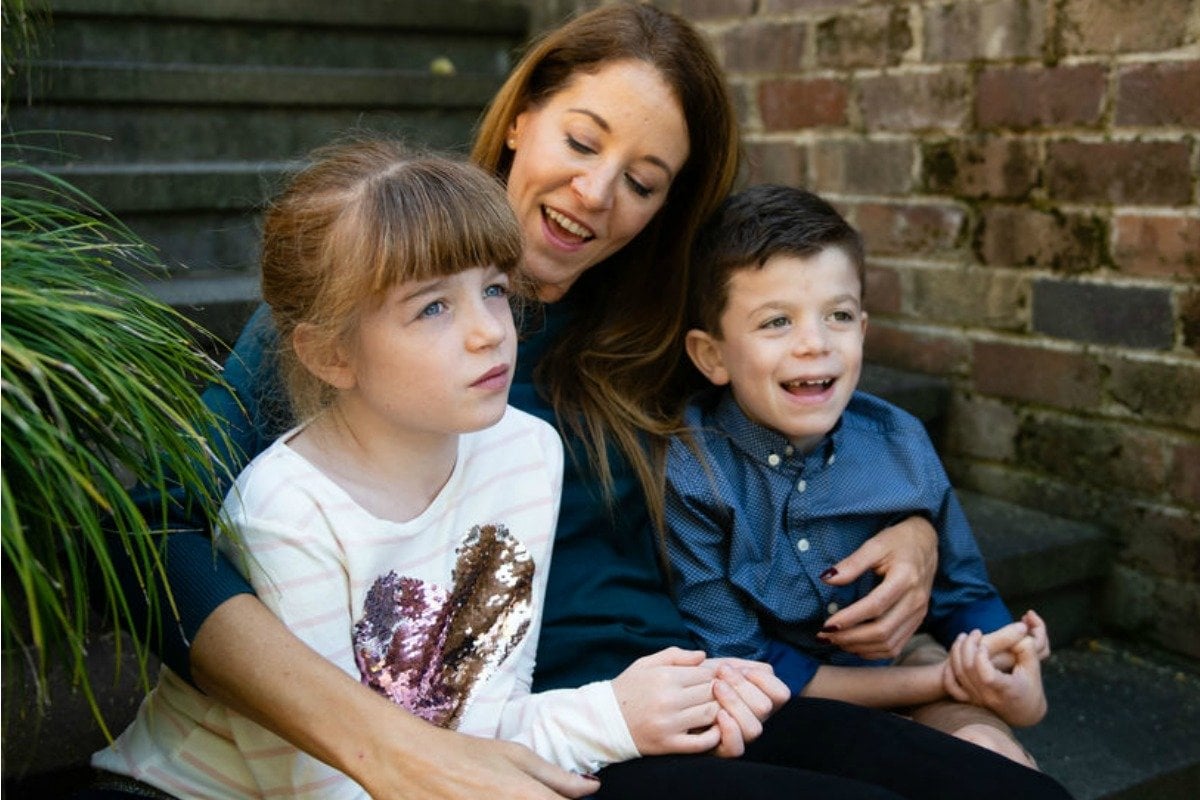 Megan Donnell used to jump straight to words like 'sassy', 'fashionable' and 'engaging' to describe her eldest child Isla to strangers.

She'd always had a gift for charming people with her talkative, vivacious personality, and would wow her parents with innovative dress up combinations. She had an infectious eye for style.

She's 11 now. But Megan can't describe her like that anymore, because that version of Isla is no longer here.

Watch: No child should suffer from childhood dementia. Post continues after video.

"The last 18 months to two years have been really tough on her. She has declined and regressed quite a lot. She can no longer talk, she is incontinent, she is minimally engaged. She has concentration difficulties, confusion, and disorientation. We had a bad year last year where I thought we'd never see her laugh or smile again," she told Mamamia.

Isla has Sanfilippo syndrome, a rare genetic condition and a type of childhood dementia. Her little brother Jude has it as well, but while they both have an intellectual disability, nine-year-old Jude is yet to show any major signs of regression like his sister.

Even though she'd been waiting for it, what surprised Megan the most was how quickly things changed once they "tip over". 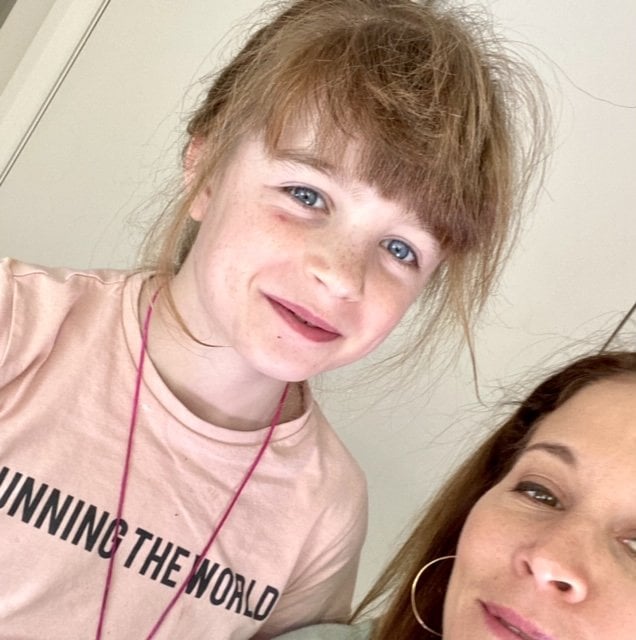 In the past two years, 11-year-old Isla has started to regress rapidly. Image: Megan Donnell.

"When I look at Jude it's hard to imagine him declining. But the shocking thing is how rapid the decline is. Isla lost all of her language in a year. She became incontinent almost overnight," she said.

Megan was first confronted with the realities of childhood mortality when her nephew was diagnosed with leukemia when Isla was only three months old.

"I remember feeling so grateful to have a healthy little girl. Or so I thought," she told Mamamia.

By the age of two it was obvious Isla was lacking some motor skills. Two years later Megan's world would be upended indefinitely when she was told her daughter had a condition that caused fatal brain damage. A month later, she was given the same prognosis for her son.

"My nephew was going into remission when my kids got their diagnoses. I can remember my sister-in-law saying to me 'it's like a revolving door' and I said 'yeah, but my kids aren't coming out'." 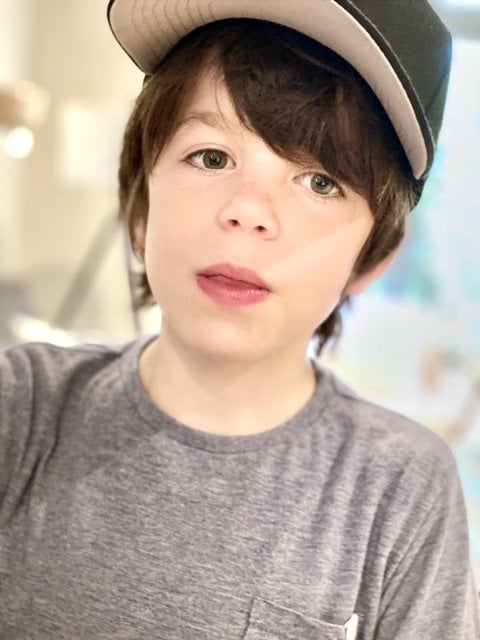 Both children have intellectual disabilities, with Sanfilippo slowly robbing them of their mind and body. Image: Megan Donnell.

When Megan first discovered what lay ahead, she couldn't stop thinking about the fact that her beautiful children were likely not going to make it to adulthood. It was the most awful thing she could imagine.

"But what I didn't appreciate at the time, is that actually is not the worst thing. It may be when I get to it, but what I hadn't anticipated was how difficult daily life was going to be. Every day you realise something else has been taken from them, and from you," she explained.

It's a grief others can't seem to comprehend. Megan has had to endure her daughter no longer being able to tell her she loves her, and watch her son's peers start soccer lessons that he will never get to participate in. It's a slow and cruel gap between other kids and her kids that will just continue to widen.

"One mother I spoke to told me when her child [with childhood dementia] passed away, people could understand her grief. She felt understood and supported in a way she never had before. What they don't get is that we grieve for their whole lifetime. It's an ongoing anticipatory grief."

There are currently an estimated 700,000 children and young people living with dementia worldwide, with many young lives being devastatingly shaped by progressive brain damage, social isolation, suffering and early mortality rates.

But as Megan knows only too well, most Australians have never even heard of its existence, despite there being more than 70 conditions under the childhood dementia umbrella.

It effects children with a death rate on par with childhood cancer, and yet it has no government funding and only five per cent of conditions have a treatment.

"I always look at my nephew who is a beautiful boy in highschool now and think if he was born 30 years ago his outcome would be completely different. So why can't we do the same for dementia? Why can't they have the same outcomes as children with cancer potentially do?" Megan told Mamamia.

It's a difficult comparison to make.

Since her children's diagnoses, Megan has ditched her corporate job to work full time in the world of childhood dementia, fighting for change that her children will likely never get the chance to benefit from.

There's currently no treatment or cure available for Sanfilippo, but several clinical trials are underway with gene therapy looking like the most promising avenue to explore. 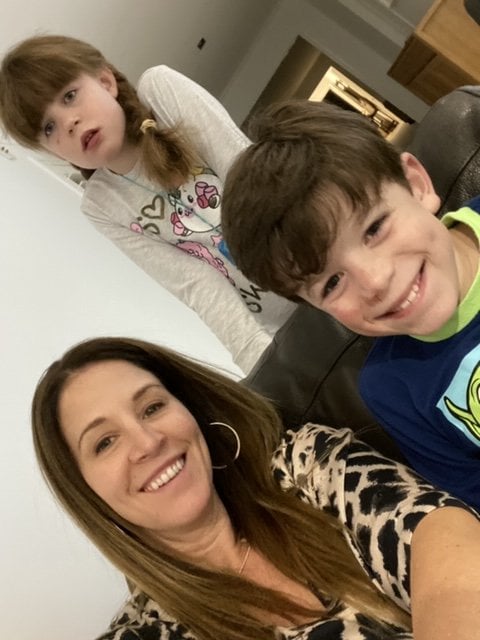 There is currently no cure for Sanfilippo Syndrome - a rare form of childhood dementia. Image: Megan Donnell.

"Sometimes I think why don't I just go and enjoy my kids? But part of it is about creating a legacy for them, and also I can help. I want to help," said Megan.

One of the initiatives she is fighting for in her capacity as Childhood Dementia Initiative CEO is government funded genetic testing for hopeful new parents.

"You can pay for genetic screening now, it costs about $600 and tests you for hundreds of different diseases. It needs to be government funded, but in the meantime I tell parents to not get the Bugaboo pram and put that money towards this instead," she told Mamamia.

Had she known about genetic screening ten years ago, Megan and her ex-husband Allan would have found out they were both carriers for Sanfilippo syndrome. They would have been told their future children had a one in four chance of being diagnosed with it.

"We would have had options," she told Mamamia. 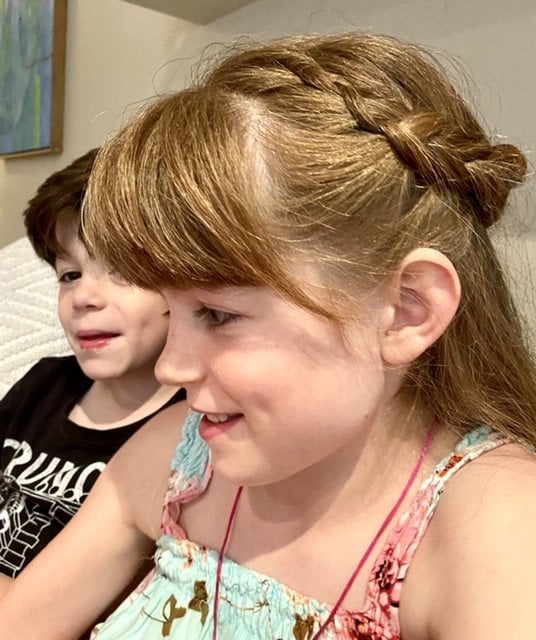 Isla and Jude are two of 700,000 children living with dementia. Image: Megan Donnell.

Megan considers her life split into two halves. There's the pre-Sanfilippo Megan and the post-Sanfilippo version.

"My parenting, my marriage, our financial stability, my career. You name it - it has all shifted," she said.

Allan and Megan separated two years ago, primarily because of the strain put on the family from the children's diagnoses. But in a strange irony, the family splitting up has been necessary to maintain sanity.

"The irony is, we are both able to be better parents because we have respite. We do one week on one week off and these kids require 24/7 supervision. It's like having a toddler the size of an 11-year-old, I can't even go to the bathroom without someone looking after them. It's huge pressure and I am absolutely exhausted by the end of the week. Their dad is the same. We need time to recover and sleep and recoup so we are 100 per cent on when they come back."

Megan's had to let go of the idea of preparing her children for the big wide world. Instead, when Isla and Jude are with her, it's about enjoying moments and making memories.

Both of her children don't have the cognitive ability to understand what's happening to them, which Megan sees as a blessing. So right now it's simply about making sure her 11 and nine-year-old feel loved and secure. That's all that matters.

Every day is heartbreaking. But as Megan tells Mamamia, every day there are always, also, moments of pure joy.

If you would like to donate to the Childhood Dementia Initiative, helping children like Isla and Jude, you can find them here.

Reply
Upvote
I’ve seen the progression of this disease first hand and it is heartbreaking.  My cousin had Sanfillipo and we lost him just over 3 weeks ago.   The heartache is massive.   Thank you Megan for your dedication to change and bringing awareness to this disease.  Sending love strength and courage to Megan, Allan, Isla and Jude.
cat 2 months ago

Reply
Upvote
This is one of the most heartbreaking things I’ve ever read. I can’t imagine what these parents are living through, I just don’t think I could handle that- knowing what’s going to happen and watching it in slow motion. They’re incredibly strong.
km 2 months ago