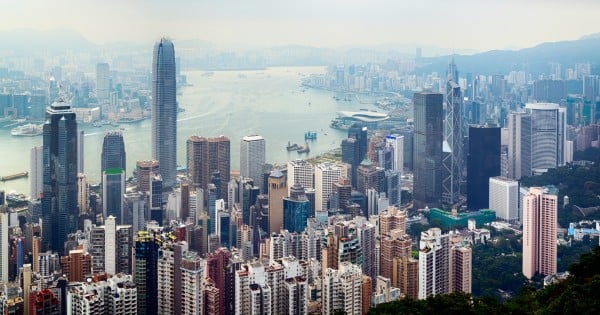 It’s 4pm Friday afternoon, the phone in your pocket beeps…. you’re up to your ears in washing, kid number one is screeching at the top of his lungs and launching a high powered missile (aka ping pong ball) down the hallway, which springs off kid number two, who appears to be mashing large globs of fluorescent play dough into the freshly vacuumed carpet that’s sapped the last of your energy.

You inhale, deeply….pull out your phone, eyeball the message; it’s from your girlfriends, single girlfriends… “Fancy a champers or three tonight?” You quickly stuff the phone back in your pocket, as if that way, you can pretend you didn’t see it. “Yeh right!” you mutter under your breath. With two children, a husband away on business and a load of paper work to get through over the weekend, only in your wildest dreams could you entertain the idea of a Friday night out, alone.

Head north a few thousand kilometres and it’s quite a different story! Many expat mums in Asia, it seems, are living the dream.

Rewind to 2010, I’d just arrived in Hong Kong, newly unemployed and up the duff. The first words of advice seasoned expats showered me with – “You’ll need a helper, start looking now!”

"I was told this was in fact luxury, many maids slept on a mattress in the kitchen or in with the kids." Image via iStock.

I’d barely had time to get used to the fact that I might be requiring a cot and change table, let alone a ‘helper’.

But as we scoured for apartments to rent, in a city where high density living puts space at a premium; these small apartments still managed to have what appeared to be little cubbyholes (not much bigger than a walk-in wardrobe) usually off the kitchen.

I struggled to comprehend how a person might live in such a confined space, but my protests were quickly swatted away by others like an annoying fly. I was told this was in fact luxury, many maids slept on a mattress in the kitchen or in with the kids.

Of course this was all before I had done my research and discovered Hong Kong has the highest number of maids per capita in Asia. One in eight households has a helper and in households with children, it’s one in three. And at little more than $500 to $800 a month for someone to live in your house, six days a week, eight hours a day, literally at your beck and call, it’s not hard to understand the temptation.

My small blonde bundle of joy soon arrived and a few sleepless weeks in I recognised, with no family in tow, it would probably be a good idea to have a babysitter on hand, someone to help look after the little critter when I needed to breathe! I was adamant I didn’t want a full time helper (although most told me I would soon get used to it) and through word of mouth we found the loveliest, caring and capable Filipino woman to help me out when I needed.

For the most part, I wanted to be the one to look after my baby girl, at least for a few years. I’d already been to a few toddler’s birthday parties and felt a strange feeling in the pit of my stomach as I self-consciously tip-toed into the mosh-pit of toddlers and plonked myself amongst the Filipino helpers, while the mums, were outside, errr quaffing champagne (and just quietly, taking selfies in the pool)!

What I didn’t know then, but soon realised - was in an environment where people work hard and play even harder, it’s far too easy to fall under Hong Kong’s dizzying spell.

The demand for people to work in high powered roles 14-18 hours a day, travel overseas regularly for business, and socialise with the best of them, calls for some extra help. With no daycare centres and few expats with family to help out, having a maid becomes a necessity not a luxury.

There's letting someone else look after your kids, and then there's breastfeeding them. The Mamamia team discuss their thoughts. Post continues after video.

For us, over the years, what started out as a night here and there, soon became two set days a week, then three, then eventually four (as I regained some of my old life back and restarted my career).

But at what cost does having a helper come, for both parties?

While most will say the benefits far outweigh the negatives, anyone who has a helper living with them 24/7 will tell you, privacy is one of the first things you lose.

Who wants to have arguments with their spouse in hushed tones! You actually have to think about putting a bra on when you get up to get breakfast and if your husband’s never worn pyjamas, it’s probably a good time to start!

Like any employee, a good helper is hard to find, a good boss even harder and your household is not immune to the same problems you can incur in a working environment.

Avoiding cultural and personality clashes and managing another person’s livelihood means managing expectations, yours and theirs. As their employer you’re ultimately responsible and that includes everything from medical expenses to long service leave and essentially their happiness lies in your hands.

"For many the idea of looking after your own children without help seems an unrealistic possibility." Image via iStock.

Like all relationships, things can quickly turn sour. With the majority of helpers hailing from the Philippines most come from an impoverished background; the onus is often on them to take care of everyone back home. Sometimes, it’s a case of the survival of the fittest and the white, seemingly rich employer is an easy target.

Stories of individual helpers who abuse the system are regular topics in Facebook groups. Helpers responsible for children accused of mistreating or neglecting them; those who lie about their references or steal money and hop between jobs to collect severance pay and flights home. I’ve seen it all.

On the flip side, newspaper headlines shout about employers who treat their helpers like second class citizens. Women sleeping on the floor, fed little, yet chastised for eating too much from the fridge, wearing too much make up, too little clothing or staying out too late at night - in their own free time!

Setting boundaries early is key and for everyone they differ from strict employee status to fully fledged family member! Some eat dinner every night with their helpers, others take them on holidays; add them to the family album; some prefer a more discreet situation…I’ve been to many homes where you don’t even know the helper was home.

Language barriers can cause misunderstandings and cultural differences can mean different ideas and values when it comes to raising your children. Many of these helpers have left their own children behind to be able to provide them with a better future to look after yours!

"Many of these helpers have left their own children behind to be able to provide them with a better future to look after yours!" Image via iStock.

Many helpers ultimately end up knowing your children better than you do. I’ve known many mums who’ve shed a little tear when Johnny junior doesn’t want anyone other than “Aunty” to put him to sleep.

Other mums say there’s a tendency for helpers to ‘baby’ their children and let them get away with murder, constantly cleaning up after them, so they grow up thinking someone else is there to make the bed and clean up the mountain of toys.

And that’s not just the kids!! Dinner parties are hosted, play dates put on, all without the worry of ever having to lift a finger. The magic fairy waves her wand again and again..

The running joke in Hong Kong is don’t ask a parent to go out on a Saturday night…Sunday is the helper’s day off!

Eventually, for many the idea of looking after your own children without help seems an unrealistic possibility.

The idea of returning home and having to fend for yourself, wash clothes, change sheets and fork out $150 for a babysitter on a night out - who doesn’t do the dishes and iron your clothes while you’re swilling cocktails - is all too much to bear!

Seriously though, as much as you’ll miss your helper, the kids will feel it in equal measure. 18 months on, my five year old daughter often talks of our helper and how much she misses her.

And perhaps that’s the high price you pay for daring to indulge in Hong Kong’s high life….one day, for most expats, the bubble has to burst and going back to reality is bound to rain on your parade, in more ways than one!

Somebody pass me the vacuum!

Nicole Webb is a freelance journalist and writer living in Xi'an. A former news reader with Sky News Australia, Nicole decided it was time to do that thing called 'Carpe Diem' and step outside the box. She moved to Hong Kong with her hotelier husband for 4 years before relocating to Xi'an in China. You can read more on her blog Mint Mocha Musings: The Hotelier's Wife, An Expat Affair in Asia.

Nannies are extremely common in the US too - everyone I know has one, some live-in, some 7am-7pm. The cost of living here is way cheaper than in Aus (obviously excluding NYC and DC), minimum wage is lower, childcare centers are pretty hit and miss, and maternity leave usually tops out at 12 weeks if you're lucky. When we have kids, we'll definitely get help, especially as we don't have any family over here to help us out. However, we won't be paying minimum wage, because paying someone $8 an hour is a shitty and evil thing to do to someone who's looking after your kids all day.

Gosh. There are not many members of my family who would whip up a batch of cupcakes while I am sleeping just because I mentioned I liked them in passing.