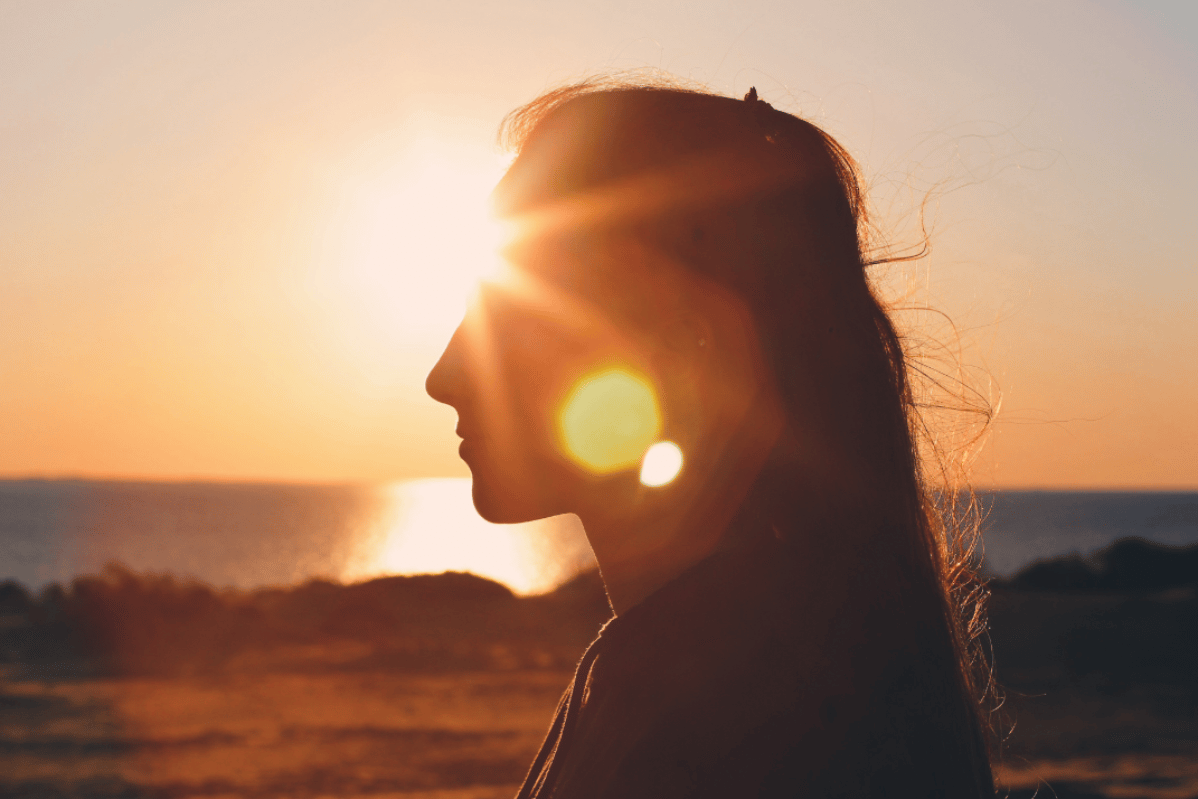 “Wait, so you’ve had sex?” asked my friend from across the aisle. We were on the school bus. The high school kids were about to be dropped off, and then we would be taken downtown to the middle school.

“How many times?” she asked, eyes wide.

By the time we arrived at the high school, the entire bus was abuzz with news I didn’t even realise was news. I was a teenager, after all; I’d turned 13 a few months earlier. What was the big deal?

A senior stood up as we parked — Mel, the sister of a friend of mine. She murmured something to the girl to her right, but she was looking directly at me.

“What, you’ve never had sex?” the other girl asked aloud.

“Not six times with three different guys,” Mel said, disdain colouring her face. I was surprised to see another emotion creeping in, though. Through the veil of the years, it looks something like…compassion.

That day on the bus was the first time I realised there was something really off in my life. The message I took from that conversation was that I should be ashamed by my sexual behaviour. Yet that wasn’t enough to make me stop.

Word got around and, after a while, I realised I had a reputation.

I was a straight-A student, member of some of the most elite academic programs in the state.

I loved music. I wanted to be a singer. I could play classical piano and belt every word of songs from We Didn’t Start the Fire to Basketcase.

I wrote poetry and even fiction. I taught myself a computer programming language.

But none of that mattered; in fact, most of my peers were unaware of any of it.

Slut as an identity

It was a word — a concept — I had learned by osmosis, I don’t even remember from where.

A girl has sex with a lot of guys, and she is a slut. It was very black and white. The circumstances didn’t matter.

The willingness (or not) of the girl didn’t really matter that much either. If a girl got around, she was a slut, plain and simple.

There was no similar term for guys. Back in the ’90s, I hadn’t even yet heard the term player. Which is the closest approximation, but we all know it’s nowhere near the same. Rather than shame and guilt like its counterpart, the term player conveys a sense of pride and accomplishment.

Also unlike guys, girls were defined first and foremost by their sexual behaviour. A girl was a prude or a slut before she was an athlete or an academic.

A boy, on the other hand, was a jock or a nerd or a goth, regardless of how many notches he maintained on his proverbial bedpost.

So, the word slut became one of the things I would tell myself when I was feeling guilty and ashamed, upon realising the guy I’d sneaked out to have sex with the week before wasn’t ever going to call me again.

It became a self-fulfilling prophecy, a justification to continue along the same self-destructive path, repeating the same cycle over and over again.

I’m already a slut, so what’s the point? I would say to myself.

And then I would go back out, seeking love from where I would never find it.

What looked simple on its face, was the result of deep-seated trauma.

From the outside, it looked simple.

To the kids my age, and probably to a lot of their parents, I simply chose to give myself away more than was socially acceptable. To the teachers, I was a big brain who made some very bad choices.

On the inside, though, it was much more complicated.

Before the age of 10, I was subject to sexual mistreatment. As I sat with this fact over the years, I came to believe I’d invited — even enjoyed — my encounters with my abuser. I came to believe it was an honour to have been chosen for this purpose.

At school, I had very few friends.

The ones I did have liked to submit me to psychological torture, oscillating between “liking” and “hating” me from one day to the next. They sabotaged my other relationships as well, spreading lies to people who otherwise might have become good friends.

One such girl teased me for my lack of sexual experience. She was 12; I was 10.

My home life was complicated. I had parents who, by all outward appearances, loved and took care of me. Yet they were emotionally unavailable and didn’t give me what I needed. As an only child, I felt starved for attention and affection a good deal of the time.

The net result was that I felt lonely, worthless, and unappealing.

Somehow all this got woven together in my mind, and I unconsciously decided the willingness of guys — particularly older guys — to have sex with me was the ultimate measure of my worth.

Just a reminder that I was a pre-teen when my brain made this false connection.

I never found what I was looking for, so I kept seeking

A cycle began when I was 12 or 13. It began with my seeking out an older guy, or with a friend introducing me to one.

I’d talk to this new guy on the phone for a bit, we’d arrange to meet up after my parents went to bed, and we would have sex. Afterwards, we would lose touch.

I didn’t know anything about these men. I was “attracted” to them solely because they were older than me — sometimes nearly twice my age.

When I did try to learn more, I’d ask juvenile questions, about their middle name or their favourite colour or whether they had any siblings.

They made no attempt to learn about me, either. Mostly the focus was on how and when we could meet up and have sex.

After these encounters, I would feel guilty and ashamed. What was I thinking? He didn’t care about me. I should have known better. I’m such a slut.

But soon I would be at it again, putting myself in sometimes dangerous situations just to feel some sense of approval. And since I derived my self-worth largely from these guys, I was back to feeling worthless when the “relationship” inevitably fizzled.

I needed help, not judgment

This label, slut, stuck with me.

Slut meant to me that my situation was my fault. (Even as I write this, decades later, I fight the voice in my head that says, “Wasn’t it, though?”)

If I were just a better person, I thought – if I were worthy — one of these guys would stick around and I wouldn’t need to keep searching for one who would.

And for other people, slut made it easier to dismiss me.

To them I was a bad kid, a bad influence, someone parents didn’t want around their own children. The other kids could take out their teenage angst on me, their parents could derive comfort from the fact that at least my daughter’s not like that girl, and the teachers could turn a blind eye on my behaviour outside of school as long as I maintained my academics inside.

Slut served to isolate me more and more each day from the people who could have seen me, helped me, saved me.

Kids don’t know how to handle situations like mine. Their judgment is driven, mainly, by what they’ve learned at home.

My schoolmates, if not actively criticising me for my sexual behaviour, were neutral or avoidant. But not one of them expressed concern for me. It took a girl five years older than me, who despised me on the best of days, to call my attention to the disturbing nature of my behaviour.

I wish more kids had said something — I wish I’d had friends who could say, “I’m worried about you.”

But even though they didn’t talk to me directly, some of these kids did talk to their parents about me.

As a parent today, I can’t imagine the horror the adults must have felt when their innocent little children came to them asking about such adult topics. These parents largely just forbade their children from being friends with me.

They could have had a talk with their kids about how early sexualisation is a sign of abuse.

They could have pointed out that a kid my age wasn’t able to consent. They could have taught their children to show care and compassion for a friend, rather than to slap on a label and turn their backs. They could have reached out to the school counsellor. My parents’ number was listed in the phone book; they could have called.

No one did, but I wish they had.

There were teachers and school counsellors involved through all this, as well.

They could have encouraged relationships with more stable peers. Exposed me to activities to make me feel a sense of belonging. Contacted my parents.

If they had, maybe things would have been different.

Though it’s been hard to stop my inner voice from insisting I should have known better — and possibly harder not to want to scream at all the people who could have helped me and didn’t — I don’t fault anyone for my situation as a kid.

The ball was dropped in a lot of different courts, and it would be exhausting and pointless to go around laying blame.

All I can do now is be the person for my kids and their friends that I wish I’d had back then.

First and foremost, I teach them to have compassion. Yes, there are children I haven’t wanted them to spend time with. But rather than labelling them, I have discussions with the entire family, explaining my thinking, asking the kids how they feel, and focusing on the inherent goodness of kids despite their parenting and personal decisions.

I also involve the other adults in my kids’ lives, so they can reinforce the message.

They’re still young, but I hope when they’re in high school, my kids have internalised the fact that I’m available for them.

If they’re struggling, or if one of their friends is exhibiting troubling behaviour, I hope the open dialogue I’ve nurtured with them over the years means they know they can come to me and count on me to listen without judgment and offer the support they need in the moment, regardless of the decisions that got them there.

That is what I needed as a child, and I hope that I — along with other parents of my generation — can provide it, for the kids who so desperately need it.