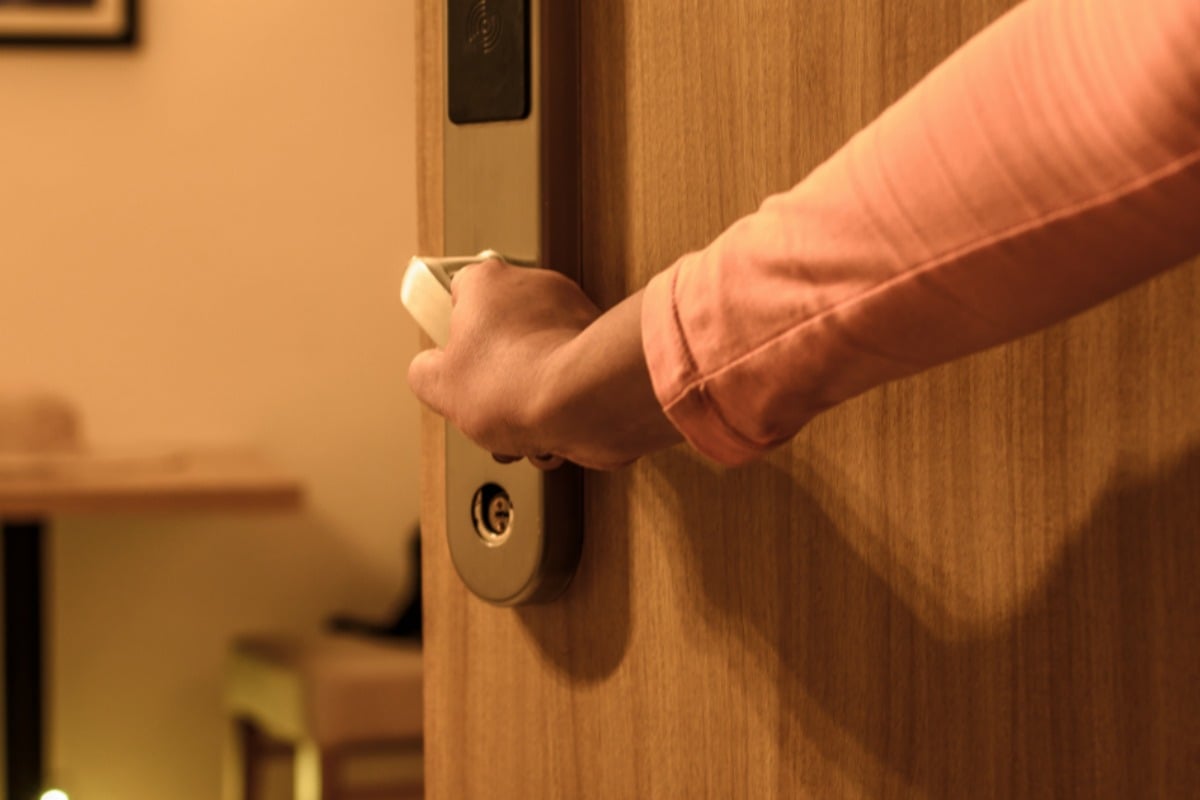 When Laura* has sex with a man she met online inside a Sydney* hotel room, she’s not thinking about anything else.

She’s not thinking about her husband of nine years. Or her kids. Or the washing overflowing in the basket.

For a few hours, no one needs to be fed or bathed and nothing must be immediately folded or mopped.

It’s just the two of them. And it’s simple.

How to have better sex, according to Samantha X. Post continues.

“In the beginning, you sort of think about it a little,” Laura told Mamamia. ” You question, am I being normal? Is he going to suspect something?”

Laura had been married to her husband for about five years when she started feeling a growing need for, “something a little extra, a little different.

“There are some things that my husband doesn’t like or won’t do with me that I would like to…” she said.

It was then she decided to sign up to Ashley Madison, the world’s leading extra-marital dating website.

When the service first launched in 2002, it came with the notorious tagline: “Life is short. Have an affair.”

That was until about a year ago.

“I decided I was going to go further and test my limits,” she said, and that’s when she met a man she would later spend a day with in a hotel room.

“It was scary the first meet up, but that was also a good experience. It was completely casual, and I had no concerns at all that it might turn into something romantic,” Laura reflected.

“There was a sense of guilt there from the beginning. You’re questioning ‘What are you doing here?’ and ‘Why are you doing it?'” she said.

Since then, there have been others. And Laura has found herself increasingly able to push her husband to the back of her mind.

He didn’t do coffee dates, and firmly laid down his rules. Their relationship was entirely transactional.

“He was experienced with newbies,” Laura told Mamamia.

Laura felt she was able to experiment sexually in a way she never could with her husband.

LISTEN: Everything you need to know about micro-cheating. Post continues.

Underneath it all, it seems, there might be some resentment for the man she married, and has spent 20 years in a relationship with.

“I think he could be a bit more open minded,” she said, “and want to try stuff. Then I wouldn’t have to try to get it elsewhere.”

In Laura’s worldview, if your partner is cheating on you, then that’s likely because there’s something they’re not getting from the relationship.

If he were to ever find out, Laura thinks he’d be, “angry. Disappointed maybe. Heartbroken I guess… It would definitely destroy my marriage.”

And that isn’t what Laura wants. Ending their relationship has never crossed Laura’s mind, despite her infidelity. To her mind, sex and love are entirely separate.

“As time goes on, you adjust and you understand that what you’ve done at the hotel or wherever, stays at the hotel. There’s no after thought,” she said.

For the most part, Laura’s affairs exist in a different domain to the rest of her life. None of her close friends or family know, and she avoids meeting up with people who live locally, out of fear of running into them.

She says it can be “sexy… knowing that someone out there is thinking of you”.

While she knows her husband loves her, that initial attraction that drew them together has somewhat faded out.

Laura has found herself sending pictures to men online, and says their response, often “you’re sexy, you’ve got a nice ass or nice boobs,” has been a confidence boost she really needed post baby.

“It’s different and uplifting to know you’re sexy in someone else’s eyes,” she says.

Recently, Laura has been meeting up with a guy regularly. She describes him as very good looking, and says just thinking about him gives her butterflies.

“From what I hear from his marriage… she’s a workaholic and he stays home and looks after the kids and juggles everything else in between.”

There’s no intention of ever leaving their partners – but they do like talking to someone who sits just outside their lives.

“It’s like a Dear Diary,” Laura reflects. “A diary that responds back.”

It’s also a diary that, if her husband discovered, would throw her life into chaos.

But for now, at least, she believes it’s worth the risk.

*Names and places have been changed to protect privacy.

B
Briggs 2 years ago

Is sexual variety really THAT important? Does it trump your husband’s trust, your children’s need for a stable, intact family and the respect of your extended family? Perhaps if it does you shouldn’t be married