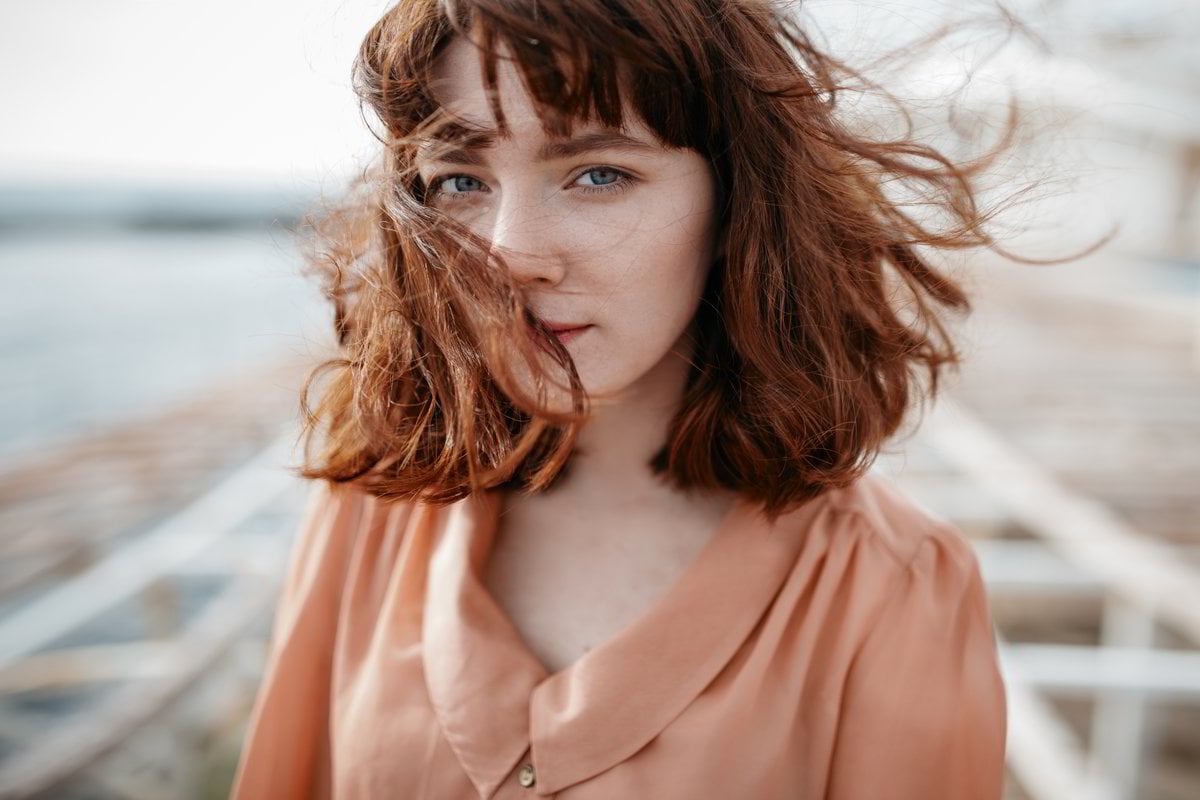 It was a bleak evening in January, and I was waiting in the parking lot. I watched my boyfriend, Damon, walk to his car, rubbing his palms together. His breaths condensed into fog.

As he turned his key in the ignition, I started my own engine. Damon drove out of the parking lot and I pursued him at a distance. When he turned onto the highway, I followed suit.

Going after him, I expected to feel nauseous. I’d been suffering from jitters and palpitations all day. But in fact, as I tailed him, I felt surprisingly collected.

Damon had been lying to me for months. Now I was taking back control. Finally, I was about to discover the truth.

I know you’ll tell me spying and snooping have no place in a healthy, loving relationship. You’re right — but my relationship with Damon was neither healthy nor loving. Spying on him was drastic, but it gave me the information I needed to know.

For that reason, I don’t regret it.

How our relationship began.

I met Damon outside a club in early November 2016. His mesmerising hazel eyes were the first thing I noticed about him.

He asked for a lighter and then for my name. I was buzzing from I-don’t-know-how-many apple martinis, which made me chattier than usual. Before long, we were exchanging life stories. I felt a sense of achievement every time I said something that made him laugh.

That night — a Friday night — we ended up back at my place. In bed, Damon kissed my breasts, my stomach, my inner thighs. My physical insecurities dissipated. "You’re gorgeous," he breathed, and I believed him.

In the morning, he made me blueberry pancakes drizzled with maple syrup. We spent our entire Saturday alternating between making love and watching films.

I ran his clothes through the washer and dryer while he strutted around my place naked. By Sunday, he was calling me his girlfriend, and the title made my chest swell with pride.

By Monday, he became more evasive.

But then Monday morning rolled around. It was 6.30am. Damon said he had to be back at work.

"Can I come hang at yours after work?" I asked him over coffee and croissants.

His forehead creased as he glanced at his watch. "Ah, I’m not sure about this evening. I’ll call you."

"But I haven’t seen your place yet! I’d love to come visit you."

He ran a hand through his hair, avoiding eye contact. "Sure. Work’s crazy at the moment, though. I’ll call you."

I tried not to feel deflated. We’d had such a perfect weekend! I hated the thought that he might be slipping through my fingers.

"So where’s your workplace? Will it take you long to get there?" I asked, trying to keep him talking as long as possible.

Damon hesitated. Stuttering slightly, he named a location, claiming it wasn’t too far away. Then he said he had to use the bathroom.

I don’t know what made me rifle through Damon’s wallet while he was in the bathroom. At the time, it felt like desperation and paranoia. Later, I would call it intuition.

In any case, my sifting revealed a couple of business cards belonging to Damon. I held my breath as I examined them. The address on the cards didn’t match the location he said he worked at. Why would he lie to me about that?

I pocketed one of the cards, but tried to suppress my doubts. "Maybe these are old business cards," I told myself. "Maybe the information on them is out of date."

When Damon returned from the bathroom, he leaned in to kiss me. Breathing in his scent again, I forgot my fears for a moment.

"I’m sorry, Angie. I’ve got to shoot now. But I had so much fun with you! You’re a wicked girl. I want you to know that!"

"I promise," he answered, smiling.

Doubts continued to gnaw at me.

For the next two months, I checked my phone obsessively, waiting for the call that never came.

Every week or so, Damon would placate me somewhat by texting some version of the following:

Though minimal, the contact was reassuring to an extent. At least the guy wasn’t dead!

Still, I remained in a state of suspense. What was he so busy with? Why was it so goddamn difficult for him to make time for his new girlfriend?

I tried calling Damon several times myself, but never got an answer. Confused thoughts swirled through my mind. My chest tightened as I remembered his business cards, and how he seemed to have lied about his work address.

Damon’s not who he says he is, Angie, a tiny voice in my head insisted. I brushed the thought aside. He’d been so lovely to me, I didn’t want to believe anything bad about him.

Ignoring my gnawing doubts, I checked my phone for the umpteenth time. I felt helplessly enslaved, like a drug addict. Dammit, when was he going to call? All I wanted was my next hit of Damon.

Damon returned with an explanation.

Finally, a few days after new year, Damon called and told me he’d meet me at my place. When he turned up on my doorstep, I was so overcome; I flung my arms around him and cried.

"Where the heck have you been?" I demanded, showering him with kisses. "Don’t you dare disappear on me like that again!"

"I’m sorry, Angie. I behaved like an idiot." As he stepped back, I noticed the dark eyes circles beneath his eyes. His voice cracked as he continued. "But I have something I need to tell you."

The day he’d departed from my place, Damon explained, he’d received news his father had died. Since then, he’d been avoiding almost everyone he knew. He needed solitude to process his grief; he said.

"Oh, Damon." I covered my mouth with one hand. "Why didn’t you call or text and tell me your dad passed away?"

He stared at his feet. "It sounds stupid, but I couldn’t bring myself to say out loud, or in writing, that my old man died. It felt too... final, somehow. Even now, I don’t think I’ve come to terms with his passing. I can’t believe he’s gone."

The phone call that changed everything.

Later, we were having dinner inside when Damon’s phone buzzed. He shielded the screen with one hand, but not before I glimpsed the caller was a contact saved as "Dad."

"Shit!" he interrupted me, scrambling to his feet. I’d never seen a man’s face redden so fast.

I could hear the blood pounding in my ears. "What the heck? Your dad’s alive? Damon, wait!"

But despite my questions, cries, and subsequent yells, Damon left with no explanation.

I spied on him to find out the truth.

What kind of person lies about their parent dying? And what kind of boyfriend sweeps you off your feet one weekend, then vanishes the next as if they owe you nothing?

I didn’t know, but I was determined to find out. Damon’s lies were so elaborate and bizarre, I felt traumatised by them. I couldn’t rest until I figured out what the heck he was trying to hide.

My tens of calls to him went to voicemail until I realised he must have blocked my number. That’s when I retrieved the business card I’d pocketed back when Damon first stayed at mine.

If this is Damon’s real work address, I’m showing up there, I resolved. There’s no way I’m letting this go.

Early next evening, I arrived at Damon’s office parking lot and loitered there until I saw him. Once he started to drive, I pursued him. Thus I found myself driving down the freeway in the cold January dusk, following Damon on his route home.

But where was home for Damon? I gripped the wheel so hard my knuckles turned white. Was he married? I would soon have my answer.

Finally, I understood what he was hiding.

As we entered the suburbs, Damon pulled into a drive outside a well-lit, warm-looking house. He exited his car, and the front door of the house opened. A small girl ran out to greet him, squealing: "Daddy!"

Behind her, a tall, slender woman appeared in the doorway, bouncing a baby on her hip. She watched and laughed while Damon swung his daughter round in the air.

Carrying his daughter back up the drive, Damon approached the woman in the doorway and kissed her. The family stepped into their cozy, illuminated house. Then the front door swung shut behind them.

I slumped over the wheel. All the breath in my lungs had left me. I still didn’t know everything about Damon’s life... But I’d seen as much as I needed to know.

Sometimes the end justifies the means.

Generally speaking, do I think it’s a great idea to go around spying on your lovers? No, of course not. Most of the time, that’s repulsive behavior. It’s a gross violation of their trust and privacy.

But in this particular situation with Damon, I was dealing with a liar who had already deceived me many times. No matter how often I asked Damon why he kept disappearing, he wasn’t going to give me a straight answer.

Thankfully, when I understood Damon had a family and a partner (wife?) he was cheating on, I realised the futility of trying to cling to him. By spying on him for one evening, I obtained the knowledge that set me free.

I know my way of handling the issue was questionable. But after seeing Damon’s family with my own eyes, I was able to put all hope of a relationship with him to rest.

Now, you can call me obsessive, pathetic, or emotionally immature... But if I’d thought Damon might have an innocent explanation for his behavior, I would have struggled a lot more to let him go. So, in short, I believe in this case — and yes, it was an unusual case — the end frankly justified the means!

Reply
Upvote
2 upvotes
I can understand if it was further in the relationship but a weekend followed by 2 months of being strung along with no face-to-face contact (after lying about his job and father)...this seems a bit far-fetched
R
reader007 2 years ago